About eight minutes into Fleetwood Mac‘s first sold-out concert at Madison Square Garden, the spotlight hit Christine McVie as the band launched into “You Make Loving Fun,” the fourth and final single from Rumours. “This feeling follows me wherever I go,” she sang in a voice that sounded like it had barely aged a day since 1977. “I never did believe in miracles/But I’ve a feeling it’s time to try.”

She was singing about an ancient old love affair with the group’s former lighting director Curry Grant, but she might as well have been referring to Fleetwood Mac circa 2014. The singer-songwriter’s sudden departure in 1998 seriously hobbled the group, robbing them of one of their three key voices and the drastically limiting the pool of songs they can draw from in concert. They carried on without her, and even thrived at times, but they were always operating at less than capacity. Her completely unexpected return gives them a major boost just as they were dangerously close to becoming a stale, predictable oldies act.

Stevie Nicks on Twirling, Kicking Drugs and a Lifetime With Lindsey

McVie’s first spotlight moment was also a chances for fans to breathe a sigh of a relief. When the shock of her return wore off, some worried that the 71-year-old might have trouble hitting the high notes or re-acclimating herself to a band that had long since adapted to life without her. Thankfully, the fears were unfounded and she slid effortlessly back into her old job, taking leads on some songs, providing harmonies on others and even strapping an accordion when “Tusk” rolled around.

McVie’s return forced the group to completely overhaul their show, getting rid of all solo tracks and (the admittedly limited selection) of tunes they’d released since the Reagan Administration. What remained were 24 songs that came out between 1975 and 1987, the vast majority of which were hits. The additional band member also meant that Stevie Nicks and Lindsey Buckingham no longer had to carry the burden of singing every song. It allowed Buckingham to focus on his guitar playing, while Nicks was able to stand back and simply, at times, sing harmony. They sounded like Fleetwood Mac again and not a four-fifths approximation. 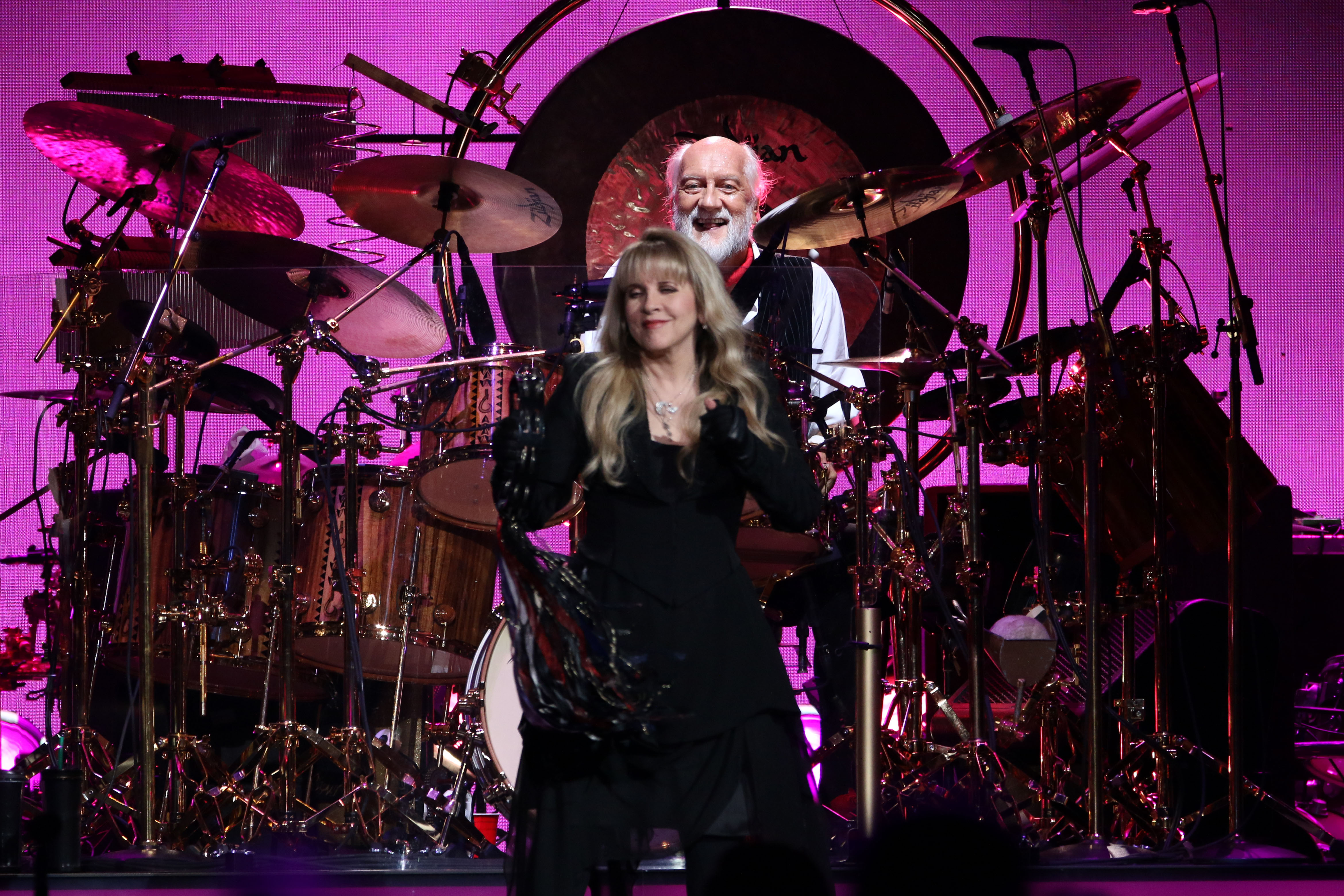 Early on in the night, Lindsey stepped forward and delivered what was essentially a Fleetwood Mac State of the Union: “Fleetwood Mac is a band that continues to evolve, continues to prevail through good times and through adversity,” he said. “With the return of the beautiful Christine McVie, this begins a beautiful, profound and a new chapter for this band, one that will last a long, long time and will be very fruitful.”

The show began with a haunting rendition of “The Chain,” one of a whopping nine tracks from Rumours. (Maybe one day they’ll drop in “Oh Daddy” and “I Don’t Want to Know.”) From there they toggled back and forth between their glossy 1980s hits (“Gypsy,” “Little Lies”) and their more guitar-driven Seventies tracks (“World Turning,” “Rhiannon”). In the middle, Buckingham delivered powerful solo acoustic renditions of “Big Love” and “Never Going Back Again,” and in between, Nicks appeared for the inevitable “Landslide,” a track that only grows more powerful and poignant as the two former lovers age.

Still, not everything worked quite as well as it should have. Maybe the group, still only playing their fourth show together, was a little jittery, but some moments that usually send the crowd into absolute hysterics fell a little flat. “Rhiannon” wasn’t her usual feral self, and “Tusk,” “Go Your Own Way” and “Gold Dust Woman” failed to hit the peaks they have in days past. But these are minor quibbles, and every time Christine took a lead vocal even the most disinterested audience members looked up from their Instagram feeds and began singing along.

The encores kicked off with “World Turning” (which featured a wildly unnecessary Mick Fleetwood drum solo) and continued with “Don’t Stop” and “Silver Springs.” Stevie got particularly revved up during the latter, turning her body towards Lindsey as she belted out the lines, “You’ll never get away from the sound of the woman that loves you” directly into his face. They’ve been playing the role of jilted ex-lovers for decades now, and they do it fabulously, but somewhere underneath the showmanship there seems to be legitimate pain.

This truly seemed like the grand finale, especially because it’s exactly how they ended the show on many of their recent tours, but Fleetwood Mac 2013 is a very different beast than Fleetwood Mac 2014: Just as fans began putting on their coats, a piano was rolled out and Christine McVie sat down to deliver an absolutely riveting, delicate rendition of “Songbird.” She sang the first half completely on her own, and Lindsey quietly joined in on guitar halfway through. It was the greatest moment of the whole night, and if you closed your eyes you could have easily thought you were listening to a recording from the Rumours tour.

As the group came back out for a final bow, Lindsey threw his arms around Christine and engulfed her in a giant bear hug. Then Stevie and Mick came out to deliver some parting thoughts. “This is the fourth gig with young Christine and we are literally in heaven, floating on a cloud,” Fleetwood said. “No doubt, not a gig anywhere on this planet will go by without me saying, on behalf of all of us, take the first step, take care of yourselves and more importantly, be kind to one another. And remember, the Mac is most definitely back!”