The Dungeon Family, the game-changing Atlanta hip-hop collective including OutKast, Goodie Mob, Killer Mike and more, gathered last night at Aarons Amphitheater in Lakewood, Georgia to headline this year’s sold-out One MusicFest. The Dungeon Family met not even five miles east of the venue, inside an unfinished basement with dirt floors where production trio Organized Noize hosted songwriting sessions as teens in the early Nineties. This first-ever reunion show was as good a reminder as any that, while the name “Dungeon Family” may not be as ubiquitous as Outkast’s, the crew still inspired a generation of landmark hip-hop stars, Southern and otherwise.

The Dungeon Family’s relationships with each other have been tested several times over the years, like when Organized Noize failed to release a hit album while dealing with Interscope (a topic discussed in its Netflix doc The Art of Organized Noize); or when, as recently as 2014, André 3000 resented performing decades-old staples during Outkast’s reunion festival tour. But all of those tensions were nowhere to be seen during this 90-minute set, which featured hits both hyperlocal (Goodie Mob’s “Dirty South”) and international (Outkast’s “The Whole World”). André, the biggest star launched from the group, wasn’t advertised as part of the show, but he entered the stage just 15 minutes in, during Goodie Mob’s “Black Ice (Sky High).” His presence, and how he gamely spit through his rapidfire verses, set the tone for this reunion: Anything could happen. 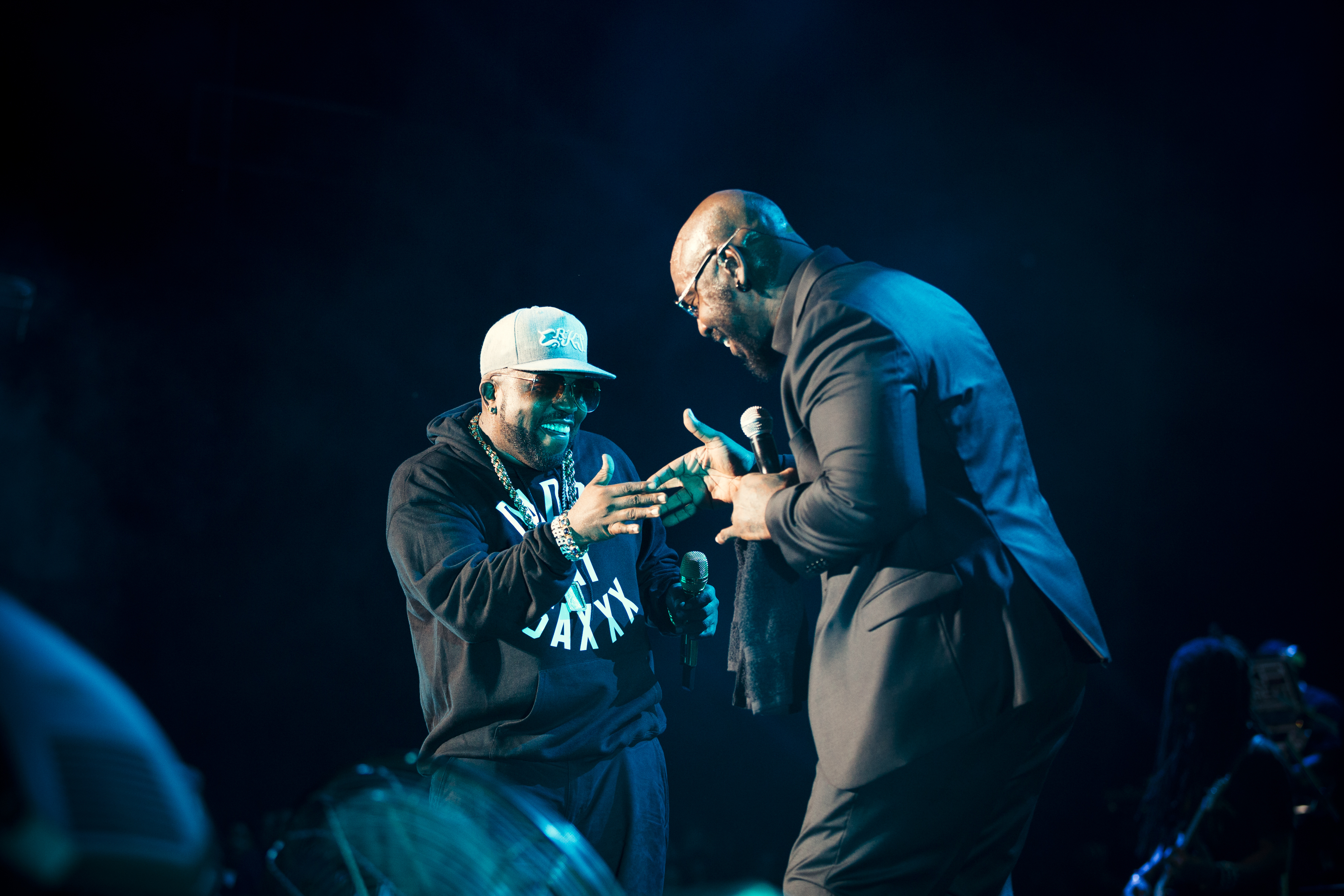 The Family didn’t bother with introductions: Not with resident poet Big Rube, who opened the concert with a spoken word as if performing an interlude for a Dungeon Family album. Nor with Bone Crusher and T.I., who joined Killer Mike for a titanic live rendition of “Never Scared.” But also not with founding members like Cool Breeze, whose attendance made for the perfect excuse to perform “Watch for the Hook” — a rare cut that features all nine of the Dungeon Family’s core members. Instead, they stormed through Outkast’s “Hootie Hoo” and “So Fresh, So Clean;” to “Trans DF Express,” credited to the entire collective; to Goodie Mob’s “Cell Therapy,” which Cee Lo dedicated to the group’s one absent member, Khujo. Throughout the night, the crew would be joined by fellow Dungeon Family members Rico Wade and Sleepy Brown of Organized Noize, Witchdoctor, Backbone, Lil Will and Atlanta rap pioneer Kilo Ali.

The camaraderie among the collective was at once remarkable and infectious. While mostly dressed in plain clothes (Cee Lo wore a vintage Deion Sanders Atlanta Falcons jersey), its members crowded the stage three at a time at minimum, backed by several DJs, additional vocalists and a live band. Big Boi, the Dungeon Family’s most consistently touring member, acted as the ringleader and cheered on the crowd — the vibe was Parliament-Funkadelic meets backyard cookout. When Cee-Lo launched into an a cappella version of Gnarls Barkley’s “Crazy,” his soaring vocals re-establishing why he was a mentor on The Voice, Wade was on stage with him, yeeking — reliving the dance craze he experienced firsthand when it stormed Atlanta’s HBCUs in the Eighties.

Atlanta may be one of the nation’s most rapidly gentrifying cities. But for a moment, particularly as One MusicFest performer Erykah Badu entered for OutKast’s “Liberation,” an eight-minute hymn warning about the perils of selling out, there was a sense that the city hadn’t lost its heart just yet. Here stood the Dungeon Family, the bonds between members seemingly strengthened after the past few years of revisiting its 20-plus year legacy on stage and elsewhere. The collective didn’t make time for tired banter about how hip-hop was back in their day. And, save for an “OLD ATLANTA” hoodie worn on stage, no one spoke about how the city they knew was disappearing. The Dungeon Family reunion was proof their soulful and psychedelic vision of Atlanta is still going strong.