“It takes a lot of balls to cover a whole Beatles record,” Tommy Stinson joked Sunday night at Brooklyn Bowl, dropping by the venue to join Deer Tick at the third of their six 10th anniversary shows. On Friday, the Providence band had covered NRBQ’s Tiddlywinks with Marshall Crenshaw and Jana Hunter; on Saturday, they did Lou Reed’s Transformer with Sharon Van Etten and Patrick Stickles; and here, there were attempting Meet the Beatles!, the Fab Four’s second U.S. release, with a little help from Stinson, Dawes’ Taylor Goldsmith and Felice Brothers’ James Felice.

Over their decade-long tenure as one of the preeminent roots-leaning groups in indie rock, Deer Tick have earned a special adoration for their ability to effortlessly tackle a wide repertoire of cover material. With frontman John McCauley serving as John Lennon and guitarist Ian O’Neil taking the McCartney parts, the usually scrappy garage band opened the evening as a harmonizing three-piece pop outfit, running through overlooked Beatles gems like “It Won’t Be Long” and “Till There Was You.” There were plenty of pleasant surprises along the way, as when Goldsmith came out to sing lead on “Don’t Bother Me” (“He’s our George tonight,” said McCauley), Felice added some unexpected accordion to “Little Child” and Stinson joined the band for a ragged take on “I Wanna Be Your Man.” 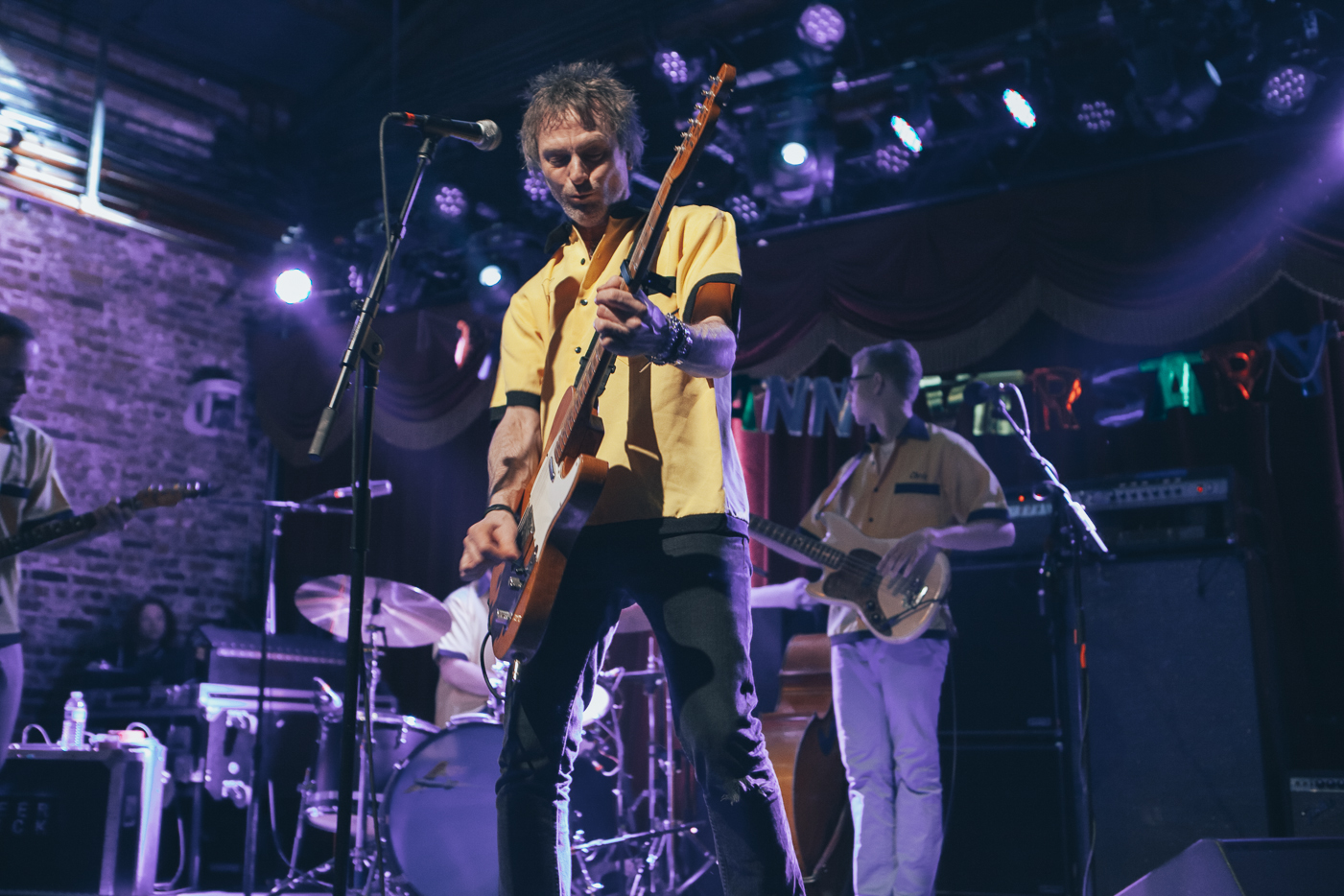 After concluding with “Not a Second Time,” the last track on Side Two, the group took a brief intermission. McCauley and Goldsmith, who make up two thirds of fan-favorite supergroup Middle Brother, then took the stage to duet as “Little Brother.” As it turned out, their aching songs – “Daydreaming” and “Million Dollar Bill” in particular – ranked among the night’s big highlights, and the crowd clamored for more even as Deer Tick proper re-formed to play their own material.

The headliners moved through some of their most beloved tracks, shifting seamlessly from the first-pumping sing-along “The Bump” to the ruminative, soulful “Smith Hill” and the slow-dance power ballad “Now It’s Your Turn.” Occasionally, McCauley used the anniversary as an occasion to reflect on a decade full of rowdy antics: When he introduced “Main Street,” he called it, “A song from 2011, the year of my drunkest moments – and a few of my proudest.”

Three songs later, the band segued into the cheery pop-rock of “Miss K” with a quick verse from Eddie Cochran standard “Summertime Blues,” an effortless and subtle transition that displayed – once again – Deer Tick’s immense debt to Fifties rock & roll. If it hadn’t been clear before, this moment suggested that the earlier Meet the Beatles set went so smoothly in part because McCauley/O’Neil draw from many of the same influences as Lennon/McCartney.

Soon, Stinson – whose Replacements were known for their own belligerent covers of Fifties rock – returned to play frontman, leading the band through “Not a Moment Too Soon” (a wonderful song from his 2004 solo record) and the Who’s “The Kids Are Alright.” The other guests reappeared for the customarily ramshackle closer “Goodnight Irene,” as Deer Tick put another exclamation point on an unlikely decade. As John McCauley put it, saying goodbye to the sold-out crowd: “We’ve been a band for 10 years for a reason – ’cause you guys are awesome and we’re not about the bullshit.”