A year ago, Charli XCX seemed like the future of pop music, ready to one day outrace Katy Perry and One Direction with her punk-rock approach to “Break the Rules,” “Breaking Up” and the rest of 2014’s Sucker. Then the 23-year-old singer-songwriter vetoed the plan and started over, stripping out everything about pop and punk other than her personality and attitude, collaborating with avant-electro producer Sophie on the recent EP Vroom Vroom. This was the new Charli XCX, the one who showed up to SXSW performance at Stubb’s, barely visible through the artificial fog and relentless strobes, in a skimpy black-leather parody of a cheerleader outfit.

Sophie, the London producer who layers tinny dancing-robot sounds over whooshing production and bass drops, showed up on stage first in his floppy red haircut and big-and-shiny black coat. Canadian electronic-dance stars Crystal Castles had just performed on the outdoor stage, more than an hour late due to rain and wind, and they’d been disappointing, walking off unexpectedly after some 20 minutes of uninspired clinks and clanks. Sophie immediately restored the energy for the packed but impatient crowd, opening with his instrumental signature “MSMSMSM,” which sounds like all the characters from The Nutcracker run through a sequencer in the course of three and a half minutes.

PC Music Are for Real: A. G. Cook and Sophie Talk Twisted Pop 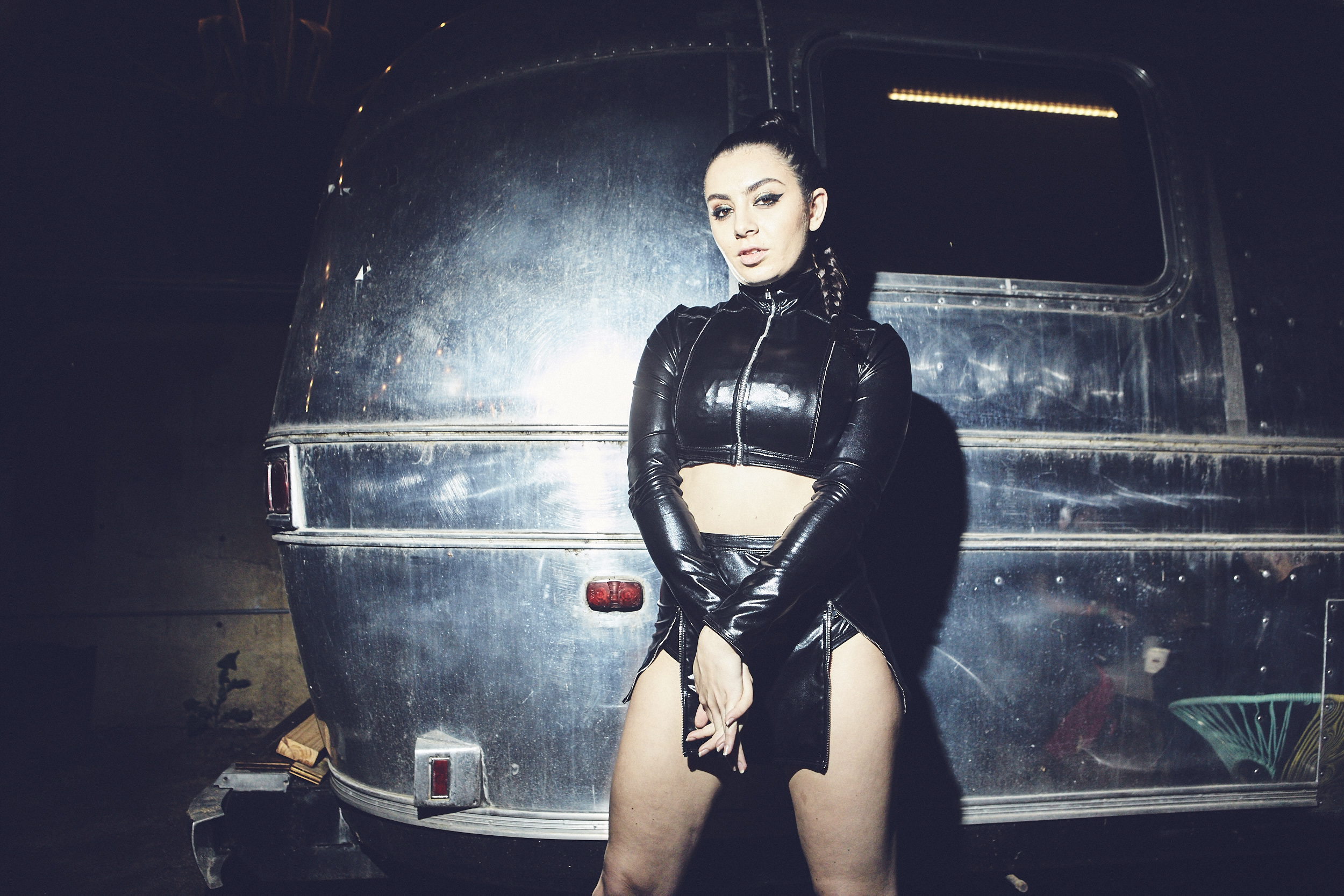 Charli bounded onstage through the fog, mostly in silhouette, striking poses with her arms stretched out, clapping over her head and shouting pump-the-crowd bromides like “South by Southwest what the fuck is uuuup!” too many times, providing bursts of melody to go with Sophie’s beats and nuances. They meshed nicely, especially on the unreleased “Round and Round,” which will likely appear on Charli’s upcoming album, announced last month. On it, Sophie’s sampled vocal whoops and frolicking little synth noises punctuate classic Charli-pop lines like “butterflies, butterflies, I got these feelings for you/If I die, if I die, I’ll still be dreaming of you.”

The duo played all four songs from Vroom Vroom, relentlessly speeding through ideas and sonic tricks, barely lingering on a single hook, even the best ones, like the way the vocal “sssssh” from “Answer” fades into one of Sophie’s hurricane sounds. The title track was particularly busy, with Charli rapping about putting ice cubes on her tongue to “keep it freeze-y,” while Sophie’s sonic motifs (“beep! beep!”) changed the tone of the song every few seconds. This was essentially a 45-minute DJ set, designed to make large crowds dance, only with the talent who co-wrote Icona Pop’s “I Love It” adding crucial lyrics, melodic structure and showmanship.

Charli threw a few bones to the crowd, early with “Doing It” (her collaboration with Rita Ora) and later with “Boom Clap” (her most recognizable radio hit). Towards the end, she brought out Austin singer Hayden “QT” Dunham for an energetic version of her playful Sophie co-produced 2014 single “Hey QT.” Mercifully for the freezing crowd, many of whom had waited nearly two hours for the set to begin, the duo eased off the frenzy for the closing Auto-Tuned ballad “Paradise.” It was a reminder that Charli is capable of sharp focus amid a jumble of ideas. 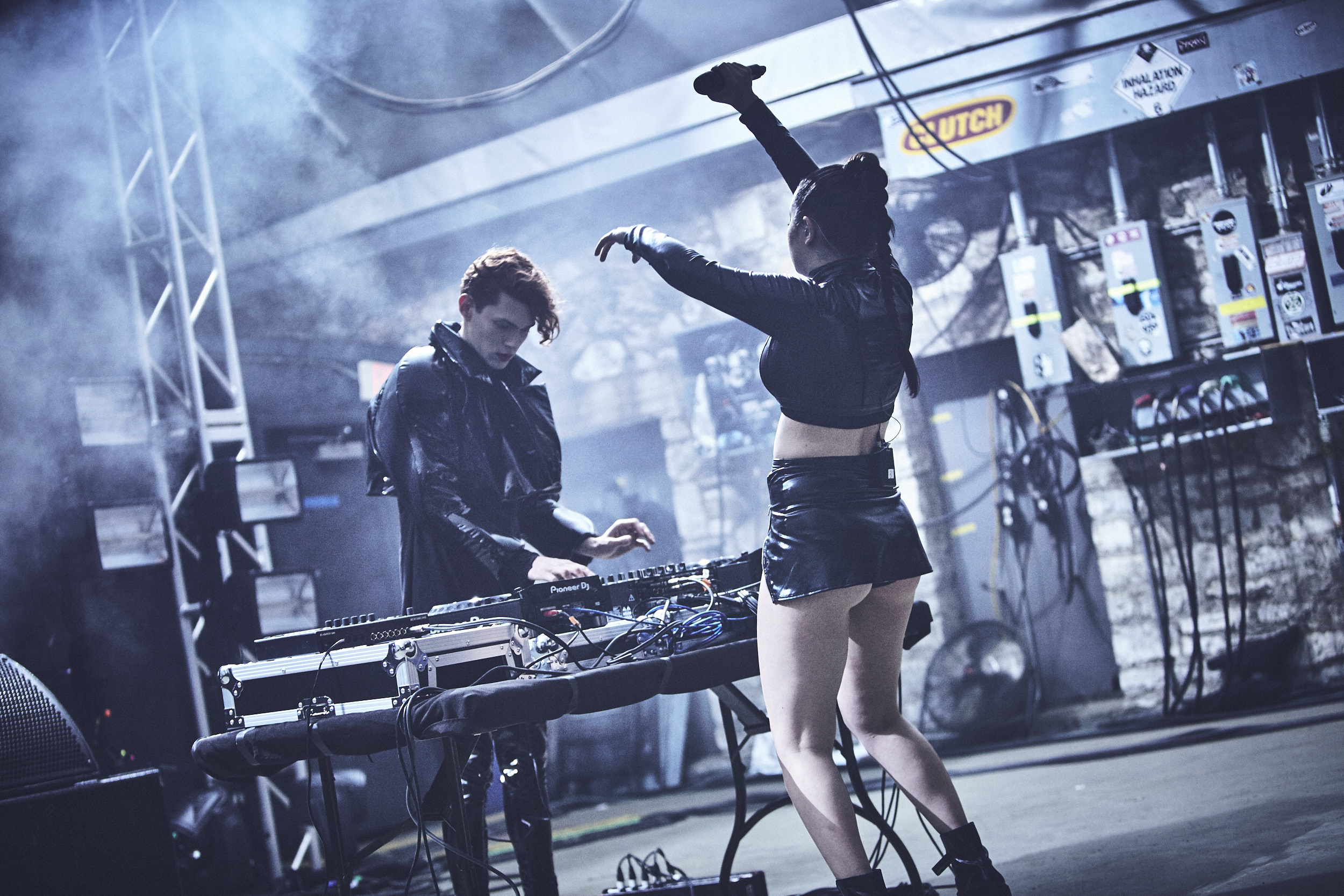