Kingston, Jamaica, paid tribute to its most famous son this weekend, celebrating what would have been the 70th birthday of Bob Marley with a series of live events that featured the singer’s sons, former collaborators and the island’s newest wave of socially conscious reggae performers. Saturday night, Damian “Jr. Gong” Marley headlined Redemption Live!, a free show that attracted several thousand to Kingston’s downtown waterfront. And on Friday, the Bob Marley Museum — Bob’s former home at 56 Hope Road — was the venue for a series of informal jam sessions and performances featuring “Marley 70 ambassadors” Chronixx, Kabaka Pyramid and No-Maddz.

Bob Marley: The Stories Behind 17 Rare and Unseen Images

In a fitting development, Jamaica’s Senate also passed legislation that reduces the possession of small amounts of marijuana to a ticketable, non-criminal offense not punishable by jail time, establishing the legal basis for a regulated medical marijuana industry. Damian Marley took the opportunity to address this news during his performance on Saturday night, calling for full-on legalization.

Damian’s set capped an evening that also included solo performances from his older brothers Ky-Mani and Julian. The sibling trio, who were billed collectively as “Sons of Marley,” concluded the show with a tag-team version of Bob’s classic protest anthem, “Get Up, Stand Up.”

Backstage, Ky-mani spoke of plans for an upcoming “brothers album” with Damian and Julian, as well as the absent Stephen and Ziggy. “We know that is something that our father would love,” he said. “And therefore we know that it’s a part of our mission and something that must be fulfilled. We don’t have a time yet, but it’s something we must do.”

The most electrifying performance of the evening came from reggae firebrand Capleton, who practically levitated through a calisthenics-filled, lighter-raising set while wearing a resplendent yellow robe. Chin followed with a more subdued show that featured original material and a cover of “Redemption Song.”

“Bob is one of our national heroes, without a doubt,” Chin said of Marley’s place in Jamaica’s culture and history. “He put us on the map in a way that was never done [before]. When you think back on those times we didn’t have Internet, and he was able to reach so many different places with his music.” 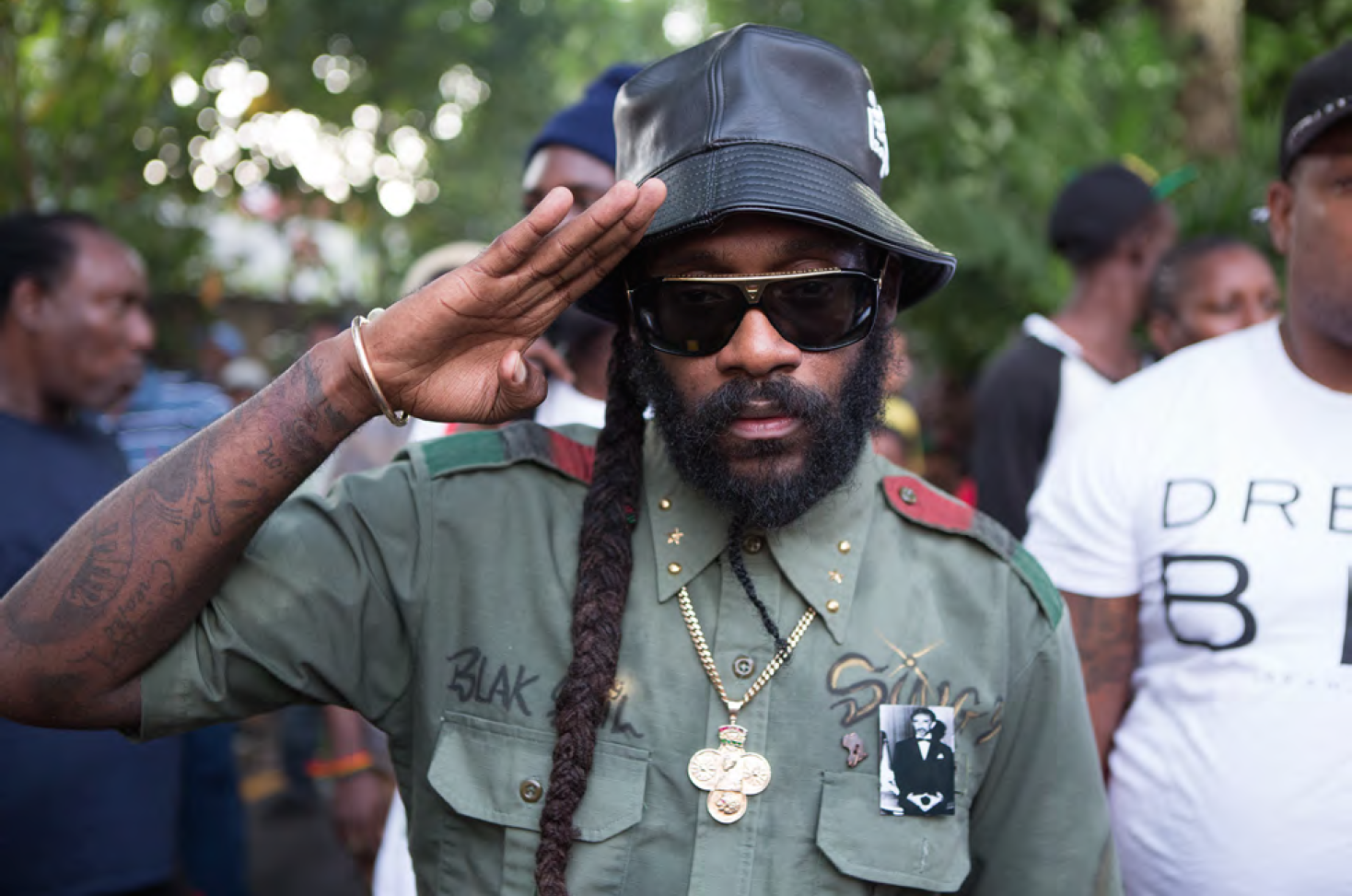 Dubbed “The Legacy Continues,” Friday’s event at the Bob Marley Museum offered an opportunity to get acquainted with key acts in the so-called reggae revival, a movement of young artists who have risen to prominence with fresh, forward-looking takes on the sound popularized by Marley and his peers 40 years ago. Chronixx, the movement’s most popular figure, held the marquee slot with his band, Zincfence Redemption. “It’s a vibes we a hold, not a stage show,” Chronixx said of the low-key set, which included semi-acoustic versions of hits like “Capture Land” and “Clean Like a Whistle.”

The singer, who saw his foreign profile grow considerably last summer with the release of his Dread and Terrible EP and a performance on The Tonight Show With Jimmy Fallon, addressed his lack of recent shows in Jamaica, promising a full, island-wide tour later this year. “Mi just love sing[ing] in Jamaica,” he said. “Mi nah like charge people [to] play music, especially when I’m home.”

The most revelatory performance of the weekend belonged to No-Maddz, a four-piece outfit whose irreverent humor and bold fashions recall Marley’s old Wailers cohort Peter Tosh – by way of Monty Python. Amidst material from their just-released Sly and Robbie Presents No-Maddz album, the group covered “I Shot the Sheriff” and nodded to one of Marley’s biggest influences, Curtis Mayfield, with an extended riff on the Chicago soul legend’s “Move On Up.”

The performances were part of a full day of programming that began at 6 a.m. with Nyabinghi drum chants and also included symposiums on topics such as marijuana and the Jamaican economy. Marley’s newly-restored 1977 Series III Land Rover, a staple feature of the Hope Road property and a beloved family heirloom that had long sat in disrepair, was also unveiled.

“It was awesome to see it back,” said Cedella Marley, the singer’s eldest daughter and one of the event’s organizers. “I actually had a teary moment when I looked out and saw it sitting there, just feeling like his spirit was there.”