Nestled in a grove of tall trees behind one of Freetown’s busiest intersections, the house feels like a sanctuary. Young men and women dot the yard carrying cameras, notebooks or guitars, and inside, nearly every room has a computer station surrounded by people learning Photoshop, editing clips or mixing songs. Even under the staircase, two boys are working on a screenplay.

Outside the compound’s walls, these youths are among Sierra Leone’s most vulnerable. A third of them are former child soldiers, and most have spent years on living on the streets without access to formal education or care. But through the Way Out center, they’re seizing the chance to reinvent themselves as artists, and some are already establishing themselves among the country’s best up-and-coming musicians and filmmakers.

In the recording studio upstairs, Nathaniel “Mash P” Sesay lays down a verse while British folk singer Frank Turner, volunteering with Way Out between tours, encourages him through the studio window.

Old memories surface and he pulls back from the microphone. Forced to fight in Sierra Leone’s brutal civil war from ages nine through 14, Mash P was rejected by his family upon his return and pushed onto the streets, where he spent most of his life before coming to Way Out. Turner gives him a smile and a thumbs-up; Mash nods and signals for the beat to drop.

“If I can make it as a musician, no one will try to tell me who I am anymore,” he says. “Music allows me to define myself, and they have to listen. Way Out gave me music, and music saved my life.”

Way Out was founded in 2008 by British filmmaker Hazel Chandler, who would teach free media courses for street youth in spaces borrowed from other organizations while independently fundraising during trips home. It wasn’t until the organization partnered with the Joe Strummer Foundation in 2012 that they acquired a space of their own, establishing Way Out as Sierra Leone’s first and only all-inclusive media studio. Six years later, Way Out has worked with close to 3,000 people, having certified nearly 700 in various media forms, and has even secured housing for 68 of its members. 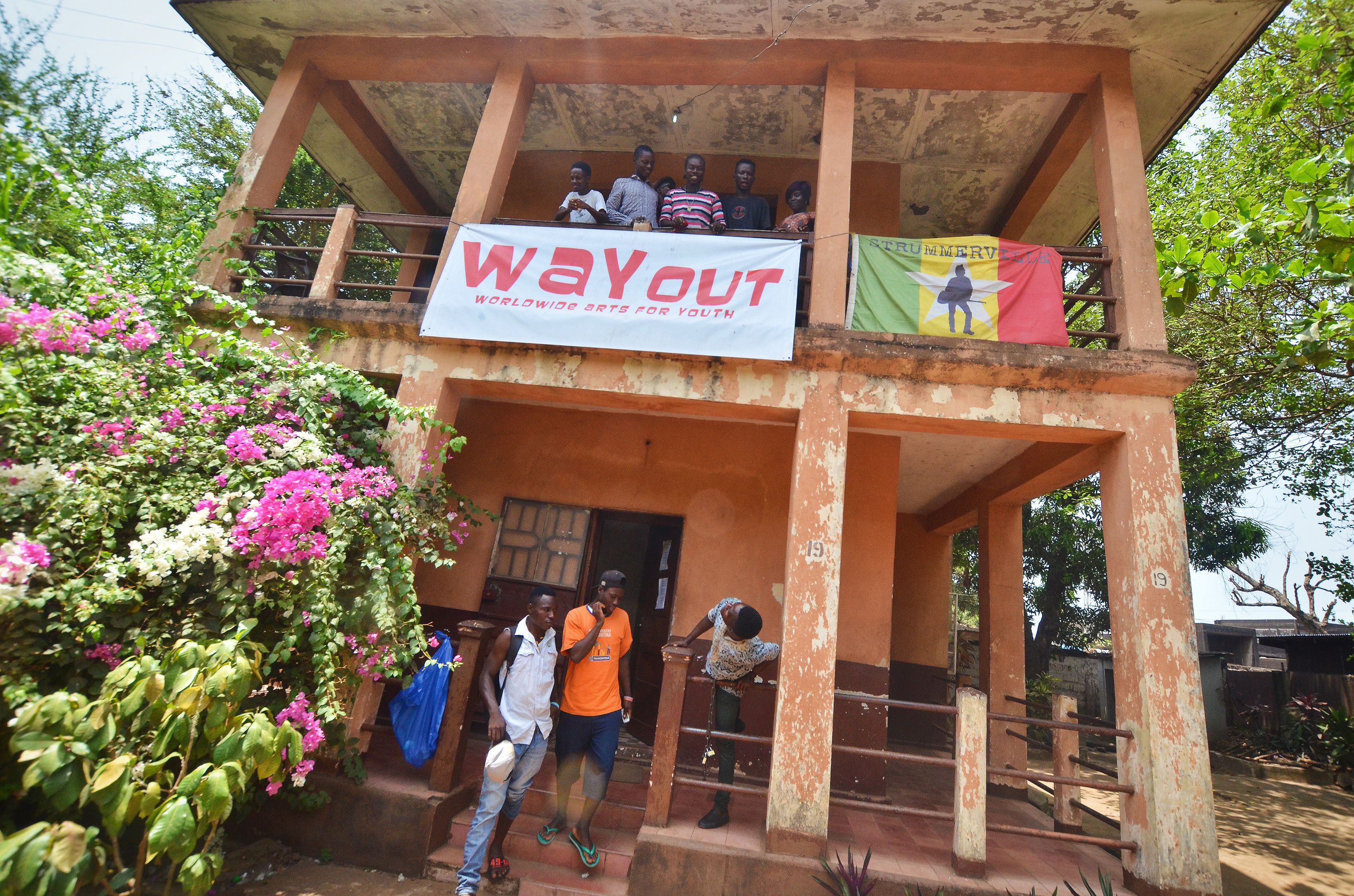 “We had a hunch that music and arts would be a way to reach people who were alienated from general education or on the street for a long time,” Chandler tells Rolling Stone. “And we were right, more so than we ever could have imagined in the beginning. Our big problem now is we just don’t have the facilities for all the people who come to us.”

Chandler – known to many of the youths as “Mum” – stays in a small room next to the recording studio on Way Out’s top floor. Most rooms are occupied by 10 a.m. each morning, with lessons and studio sessions scheduled late into the evening. Chandler initially taught the classes herself or recruited volunteers from abroad to conduct specialty courses, but today nearly all are taught by Way Out’s senior members and program graduates. During Chandler’s trips the the U.K., they run the space entirely on their own, often for months at a time.

Way Out’s success has led to an explosion in popularity, and the lack of space at their current location poses a significant challenge. In order not to have to turn away too many newcomers, Way Out has begun to focus on direct-engagement activities in the communities their members come from, setting up weekly music and film lessons in neighborhoods throughout the city.

The Joe Strummer Foundation brought Frank Turner out in March with the hope of helping to strengthen Way Out’s presence in some of Freetown’s more disadvantaged areas.

When not giving guitar or drum lessons at Way Out, Turner, Turner’s bandmate Ben Lloyd and two representatives from the Joe Strummer Foundation traveled with Way Out members to four of Freetown’s largest slums, where they held free performances to promote both live music and Way Out’s opportunities. Guitars were passed out to the crowd while others in the audience took turns at the drums, most for the first time.

Turner, whose songs often carry themes of overcoming adversity, was struck by the degree of poverty he saw. He was also, at first, apprehensive about his role, hyper-aware of a potential for embodying what he called the “white guy with a guitar who thinks he’s going to save Africa” stereotype. But his nervousness was short-lived.

“Before we started playing, I remember feeling pretty useless, pretty bourgeois,” Turner says. “If you have half a brain, you understand that if you come from America or the U.K., you’ve grown up with a degree of privilege that is completely alien to most people here. But we then started playing, and all these kids, not knowing me or my songs or anything, came running up and soon everyone was clapping and dancing and singing. It truly felt like music transcending barriers.”

The four neighborhoods they visited – Moor Wharf, Susan’s Bay, Ferry Junction and Kissy Town – were chosen, Chandler says, for their reputations of having been largely neglected by the country’s development efforts. 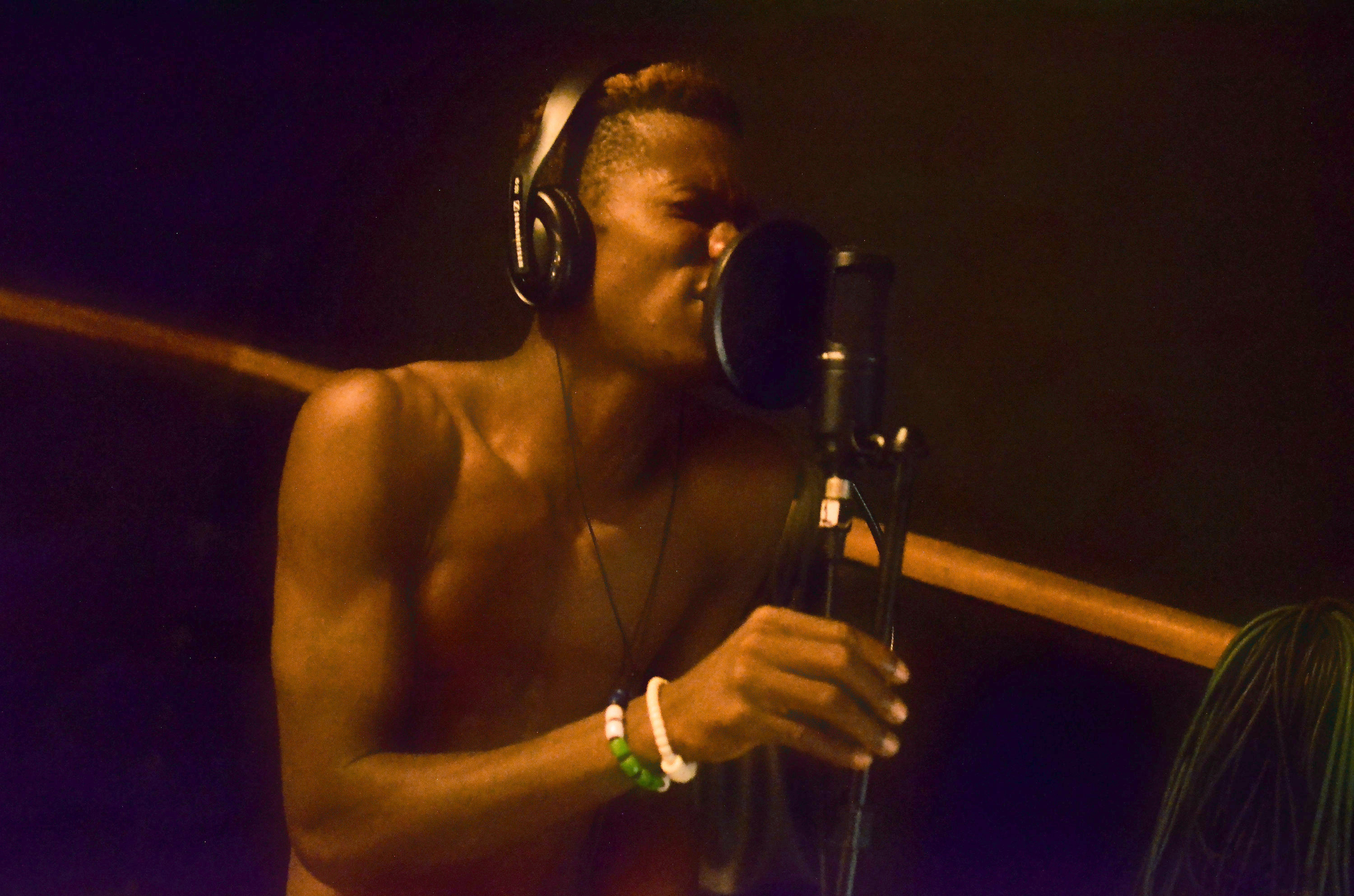 Sitting along a decommissioned airstrip outside the city, Kissy Town once received substantial assistance when it housed more than 20,000 refugees during Sierra Leone’s civil war. But 15 years later, the population has nearly doubled and most organizations have packed up, leaving their improvements – including all the community’s wells – in disrepair. Way Out is one of the last organizations maintaining a presence, sending out senior members each week to conduct free film courses.

“We’re giving some entertainment and maybe some attention to people who don’t get either, but that’s not going to change the world or the systemic injustices that have resulted in Sierra Leone’s situation,” Turner says. “But what Way Out and Hazel are doing, they are making an actual, tangible difference in people’s lives, and that’s commendable in ways I can’t find the language to express. It may not be all of Sierra Leone, but it’s a sizable portion of real individuals who have been given real hope, and that’s not a common thing.”

Not long after Turner departed, Chandler saw results. Within days, several youths from each community visited Way Out to sign up for programs, and one group of young men – who spend their days digging through sewage runoff for scraps of iron to sell and call themselves the Iron Gang – have already begun writing a drama about their lives. Weekly music and film lessons have been set up in each neighborhood, and a location has been secured for what will soon be Way Out’s first satellite studio, along the airstrip in Kissy Town.

“Often when people first come by, you can see they have hope, but they also have this expectation that at any minute they will be thrown out, like it can’t be real that they’re allowed to be here,” Chandler says. “I don’t want to be one of those NGOs that goes and does assessments and then never turns up again, and I think you’ve got to make things happen quickly if you want them to work. … Word of mouth is often not enough to reach these guys, but by having those performances, we were able to sort of break the barrier into their world, like opening a gate for them to find us. And it works.”

Yet there are some things that can’t be rushed, she added, especially while working to get people off the streets. The process can take years of individual encouragement and support – time that most organizations don’t have the donor focus to sustain, but that has been a crucial factor in Way Out’s success. It’s not simply the equipment access or instruction, but continued acceptance and emotional support – what one member called “the chance to screw up” – that attracts youth to Way Out and convinces them to stick around.

“The best way I can put it, Way Out makes way,” says Michael ‘Meeky’ Kamara, a music producer and singer who, after a lifetime on the streets, has been living in a room paid for by Way Out for the past year. “It’s created a platform for us despite ourselves and given a real voice to those of us who have never had one before. You come here and you never want to leave again, because you’ve finally found a place that can give you peace and freedom.”