Ten years ago, the Mexican superstar Jenni Rivera died after a plane she was on crashed south of Monterrey, just moments after taking off. Fans lost a legend who’d blazed trails in regional genres like banda, norteño, and ranchera — and Chiquis Rivera lost her mother. The eldest of Rivera’s five children, Chiquis went into caregiver mode, looking after her siblings while managing her own grief. Eventually, she poured all her emotions into her 2015 book Forgiveness, where she chronicled her complex relationship with her mother, the painful falling out they’d had just before her death, and the trauma she experienced after being sexually abused by her father as a child. She told her story with startling intimacy and laid out how pursuing a career in music helped her heal.

Her new book, Unstoppable: How I Found My Strength Through Love and Loss, is just as personal. Chiquis shares what’s happened over the last few years, discussing tough moments, such as her divorce from the singer Lorenzo Mendez, and career highs, including when she won a Latin Grammy for her album Playlist in 2020. The book also delves into family conflicts Chiquis has faced, among them public disputes with her aunt Rosie Rivera, who used to manage Jenni Rivera Enterprises, and her uncle Juan Rivera.

On a recent call with Rolling Stone, Chiquis talked more about her family, her career, and her mother’s enduring legacy. She says she’s been planning the book for a while and saw it as an opportunity to set the record straight about what she’s been through while hopefully inspiring others.

“Ever since I wrote Forgiveness, I knew there was going to be a second book — and there will be a third, probably,” she says. “There is so much that has been said about my personal and professional life — a lot of accomplishments, a lot of hardships, a lot of things that were public. I just felt like, ‘You know what? I want to share my story and let people know that when you go through something hard, you can always come out better.’” 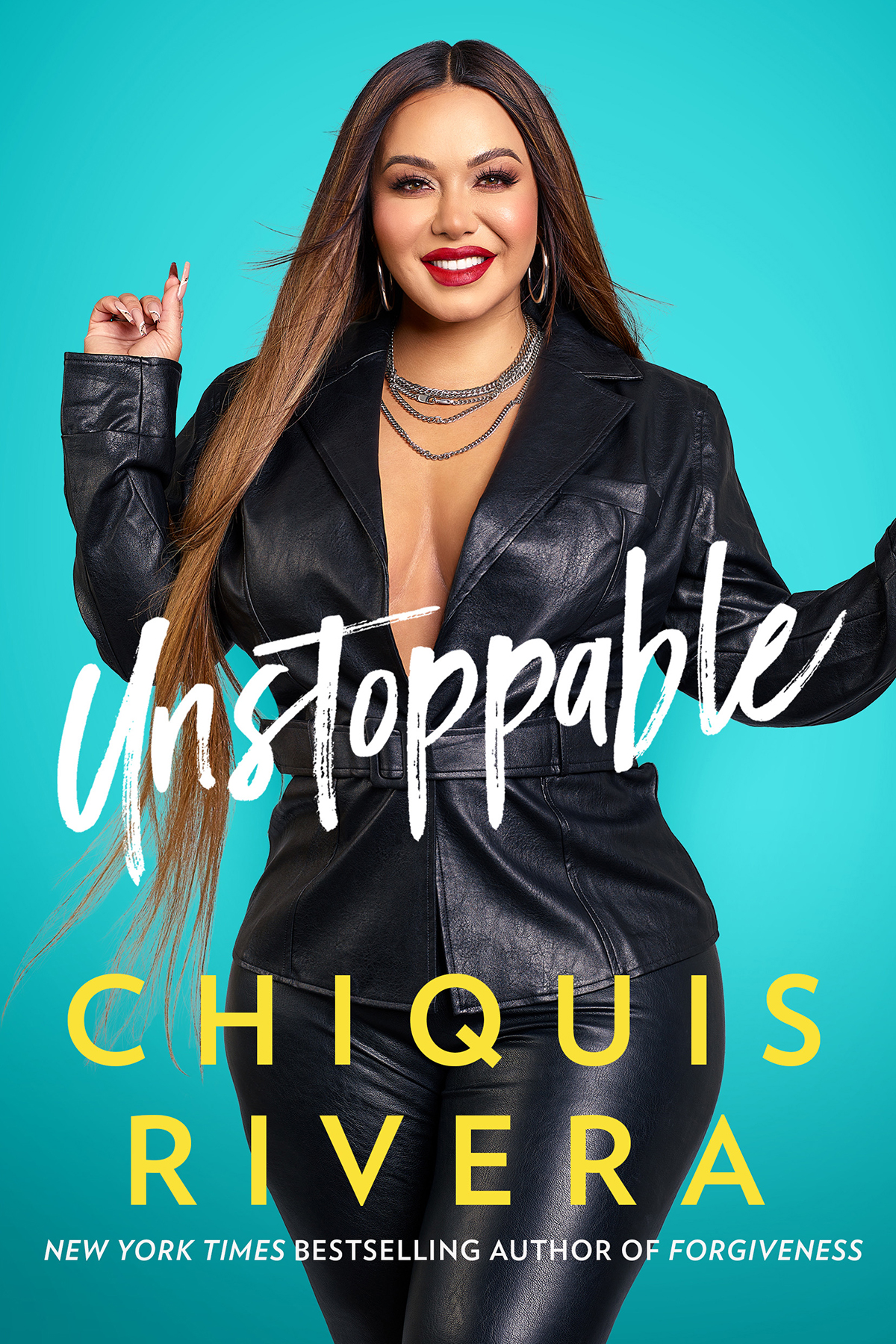 The book opens with a powerful scene of you and your siblings moving out of your mom’s house, where you all grew up. It’s the 10-year anniversary of her death this December, and I wonder how you’ve been dealing with that loss and if you found any closure in the process of moving into a new home.

Right now, I’m enjoying the fact that my siblings and I are in a really good place. We have always been very close. Things have happened throughout the years, but especially since I’m the oldest, for me it’s super important to me that we stay close together. So right now, we have a lot of plans for her 10-year anniversary, and we’re doing it together. I know it would make my mom happy and proud, and more than anything, I just want to show the world the woman that she was and that she is. We have new music coming and so many things happening around it. More than anything, we want to really show the woman behind the artist. It’s going to be tough. I can’t even believe that it’s going to be 10 years. For me, sometimes it just feels like, “Oh my goodness. It was just the other day.” It still hurts the same.

You talk a lot in the book about the connection you always had to music and how you wanted to pursue a career in the industry but held back for different reasons. What has your journey as a singer been like?

A career in music has always been something that has called to me. I was born in a musical family; music was always playing in my home. I worked in music, and I got onstage to sing for the first time at 10 years old. So I always knew I wanted to do it, and every time I imagined my future, I always imagined people clapping. I just wasn’t exactly sure about how to go about it. I was maybe 18, and I would have these visions of my career, but it was always something that was far away, because I felt like I had to help my mom.

My mom was the one out in front, and she needed my help, especially with my siblings. She knew that I wanted to sing, and we had made plans about it. She would say, “I want to be the one to manage your career, because there are a lot of sharks in this industry, and I want to take care of you.” But thank goodness, her career kept just getting better and better every year. I finally said one day, “You know what? I’m going to do it. I want to do it. If I don’t try it now, I don’t want to live with a ‘What if?’” So, I did it, and I took the leap of faith.

How has your music served as an outlet for some of the most more intense moments that you lay out in the book, like end of your marriage and difficulties with your family?

Jenni Rivera Posthumous Album to Be Released 10 Years After Death

It’s literally a form of therapy for me, writing songs. I’ve always been the type to write songs of heartbreak. My single that just came out is a cover — it’s called “Quiero Amanecer Con Alguien” and it’s, I think, my first love song. But yes, it’s always helped me, on all of my albums, to heal and to release things, especially when you’re in the studio, when you’re onstage singing them. I have to feel every song, whether it’s mine or not. Even if it’s a cover, I have to feel it, and I have to be able to defend that song onstage. It was one thing I admire [about my mother] as a fan. Yeah, I’m her daughter, but to me that woman onstage was just incredible. I was a huge fan of her music, of the person that she was when she was performing. I know that she felt everything. Her interpretation of every song was just out of this world, and that’s something that I feel that I’ve been blessed with, where literally I’m in another world when I’m on stage. I’ve learned that from her.

Your album Playlist won the Latin Grammy for Best Banda Album in 2020. It was disappointing to read that some people were unsupportive and even insinuated that you’d somehow bought your win.

When people have something negative to say about my Latin Grammy, I’m just like, “You know what? Take the time to listen to my album and then you’ll understand.” I put a lot into that album. I’m not one be put in a box. I’m like, “No. I want to experiment, I want to do something different and step out of my comfort zone.” And that’s what I did with Playlist. That’s what I did with my first album, too, but I just wasn’t as experienced. For Playlist, I was like, “I know what I want.” We were going through such a hard time in 2020, and I think that album was a breath of fresh air. I mean, everything was done from afar, even the cover for the album was done through Zoom. And in the end, I’m so proud of it, to be honest. I really am. It connected with a lot of people, and it sucks when people say negative things, because I’m like, “You guys are also taking the credibility from so many artists and musicians and women that are part of the Academy as well.” It’s crazy. But I’m like, “Oh, it’s okay. They’re just jealous.” [Laughs.]

We’re in a moment where Mexican regional music is going insanely global. What does it mean to you to see the rise of all these genres reach new heights, especially given the legacy of your mother?

It’s amazing. I love to see something like what Maluma and Grupo Firme are doing, because the music is really bringing us together. And to see that a lot of women are getting the spotlight in other genres, like reggaeton — that’s one thing that I wanted to do with my album Playlist, bring more women from my genre together to unite. It’s not a competition, it’s about how together, we’re stronger. It doesn’t matter what genre you’re coming from. It’s all about empowering each other. For sure, my mom broke a lot of barriers, not just for women in my genre, but all genres. She always said, “You can do this. Don’t let anyone tell you no.” I think she really, really did do that for us. She paved the way — I see her and Dolly Parton as two figures who did that.

That feeds into my next question, because there is a gender disparity that’s long existed in regional. How did everything your mom achieved help with that, and how do you hope to keep changing how male-dominated things are?

One thing that I always want to do is support other women and share their music and collaborate with them, especially in this genre. It’s all about being intentional, helping each other grow, and empowering each other. There’s one thing I really thank Jenni Rivera for: She came out and she goes, “I’m going to sing things that men sing. I’m going to do corridos.” All that helped and it said, “Hey. It’s okay for us to flaunt a little cleavage and talk about things that we’re told we’re not supposed to talk about.” I mean, guys do it all the time — they talk about sex and all kinds of things in the songs. Why can’t we also express ourselves in the same ways? It’s about taking risks and saying, “I’m going to do what I want and be unapologetic about it.”

You talk about the end of your marriage and the falling out you’ve had with your aunt Rosie Rivera and your uncle Juan Rivera. Where do those relationships stand today?

Right now, with certain family members, we have no communication, and I think it’s best for now. I’m okay with that. I came to terms with loving people from afar, and still praying for them. In my morning prayers, I pray for my grandma and my uncle and my aunt and even my ex. I send them love and light, and I’m like, “It’s the best thing we can do.” I don’t wish them any harm. Plus, I feel like I’m in a better place, and I had to go through those times of being alone and being heartbroken and disappointed to appreciate other people in my life. Not only that, but I’ve learned so much from certain things that I could also have done differently. I feel better, to be honest, I feel like I really am in the best moment within myself as a woman. I feel like I am capable. I feel good, like nothing is going to stop me.