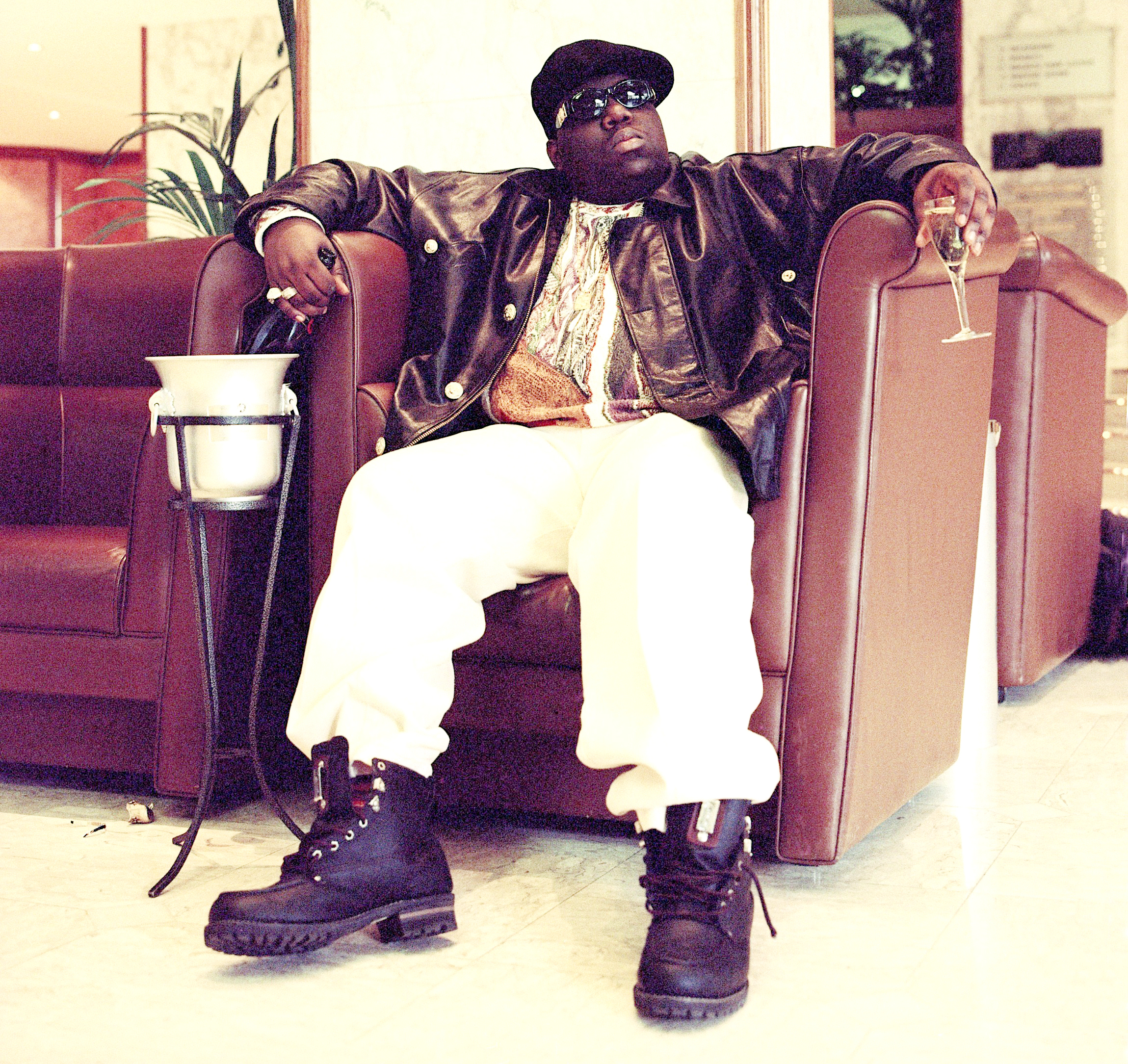 In 1997, I was a nerdy, sheltered black teen living in Madison, Wisconsin, a town white enough that my calculus teacher rescheduled an exam because it fell on the day after a Dave Matthews Band concert. Though Madison presented itself as a liberal city because it voted that way, I counted down the days until I could escape the classmates who called skinny, born-and-raised-in-town me a “starving African child” when they felt like putting a creative spin on the word nigger. I hunted for blackness in the other music of the era: snatches of Ralph Tresvant and Erykah Badu videos before my religious, music-averse mother flipped the channel; and, after I convinced her to let me borrow the car, whatever played on the only rap and R&B station on the radio, which broadcast out of Rockford, Illinois, an hour south.

Since I wasn’t allowed to buy music or cross the state line, I’d spend afternoons after school winding south past cornfields looking for enough reception to make out the burping bass of Ginuwine’s “Pony,” or the cool intellectualism of the Socrates-referencing Wu-Tang Clan or “Hypnotize,” by the Notorious B.I.G., a song I craved after hearing it once. Its beat sounded like the hardest possible way you could bounce a children’s rubber ball, and Christopher Wallace, a.k.a. Biggie Smalls, had a lush, full voice that bounced to match. Since I wouldn’t move to Biggie’s Bed-Stuy Brooklyn home turf for another 15 years, I was unfamiliar with his accent (most notably how hard he lands his “r”s), as well as most of that song’s references, including Timbs, menage-a-trois, Starsky and Hutch, escargot, and the idea that you might call someone a nigger if you didn’t hate them. But when I bought Biggie’s new album Life After Death, which featured “Hypnotize,” I heard something even more powerful and personal to me: It was clear that Biggie was a gangster determined to survive, and as someone who couldn’t wait to leave town for somewhere where I felt less like an alien, survival songs felt necessary.

While gangster rappers hell-bent on staying alive sprung up wherever you cared to look in the Nineties, the rest of them didn’t make music that sounded as fun. On Life After Death Biggie made practically every song feel like a party. Even darker moments, like “Long Kiss Goodnight” and “My Downfall” had beats that sounded like the happy pings that go off when you’re playing a video game well. 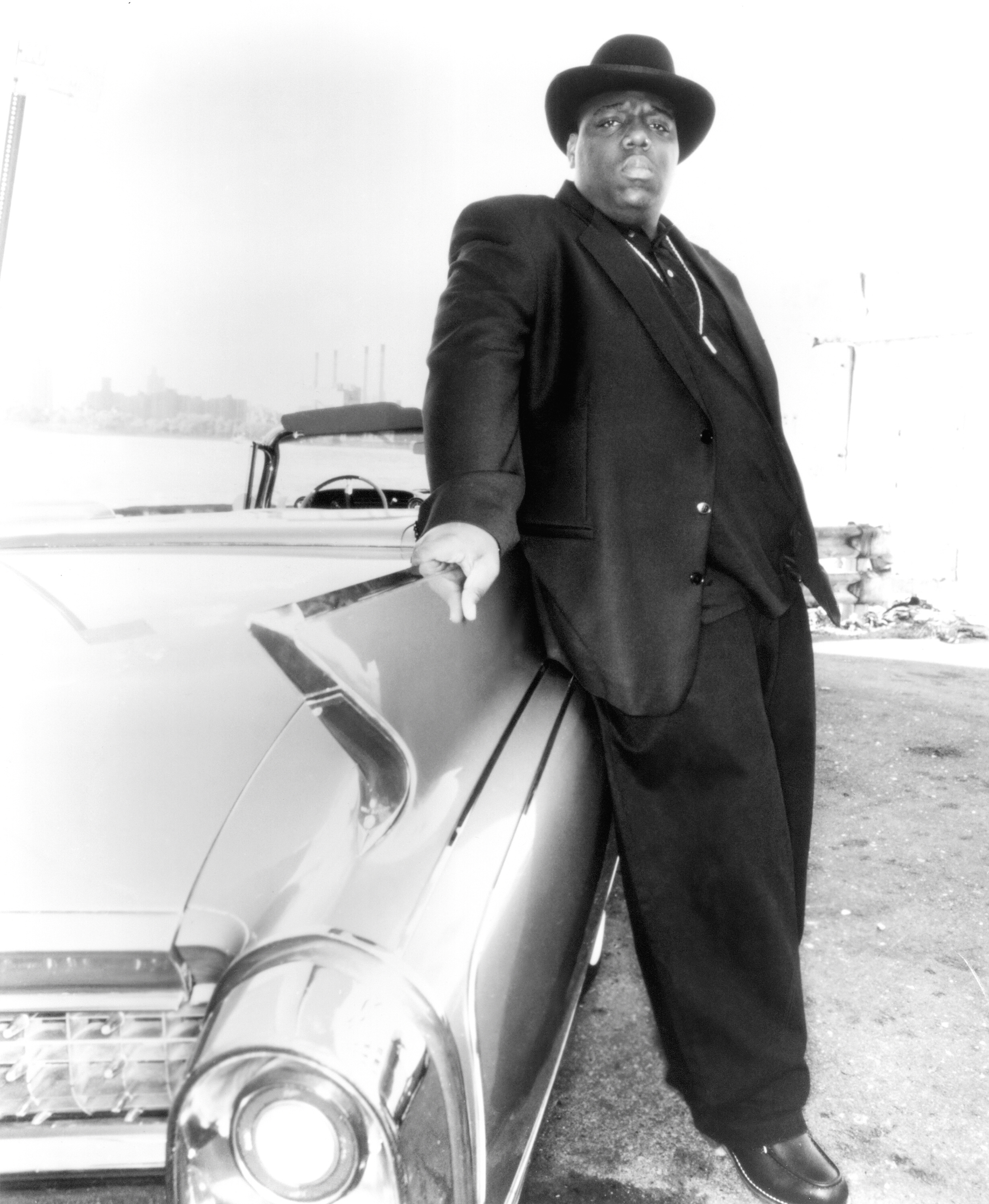 All this sonic lightheartedness made Biggie seem likable and cool, even when he sang about the darkest stuff on the album; death and killing and fear. “Somebody’s Gotta Die” is four minutes of Biggie swearing retaliation for a friend’s shooting. Yet lyrics like “Cuz I’m a criminal way before the rap shit/Bust the gat shit/Puff won’t even know what happened/If it’s done smoothly, silencers on the Uzi/Stash in the hooptie, my alibi, any cutie” are paired with a funk sample that’s shortened and brightened from the Seventies original and makes the song toe-tappingly catchy. He pulls off a similar trick on “You’re Nobody (Til Somebody Kills You),” a five-minute meditation on the meaning of death that comes off as R&B-level romantic in its slowness except for its insistent bass, which deserves to be enjoyed during a slow ride in the sort of souped-up, long-and-square Seventies Buicks or Cadillacs that ruled the Nineties.

Life After Death, at the time of its release, was generally considered to be a personal album. It explained Biggie’s drug-dealing past in “Ten Crack Commandments” (“I been in this game for years/It made me an animal/It’s rules to this shit/I wrote me a manual”), his rise from the ‘hood to rap stardom in “Kick in the Door” (“Your reign on the top was short like leprechauns/As I crush so-called willies, thugs and rapper-dons”), the personal and material payoffs of success in “Hypnotize” (“At last, a nigga rappin’ ’bout blunts and broads/Tits and bras, ménage à trois, sex in expensive cars”) and the fear he carried with him as a top gangster rapper in “What’s Beef” (“What’s beef? Beef is when you need two gats to go to sleep/ Beef is when your moms ain’t safe up in the streets”).

But listening to the album today, 20 years after it came out, it sounds deeply political, more of a treatise on the physical threats against the black body and the assault that’s common against it in this era, in which Black Lives Matter has rightly called attention to black people’s struggle to avoid being unlawfully killed. Biggie often worries about the feds or his friends or business partners snitching him out, and that fear of the cops resonates now as well, as black people, minorities generally and anyone who opposes the Trump agenda stands threatened by an administration that has made “law and order” a code word for blunt-force racial oppression.

Though I’ve never been a gangster or a rapper, as a black woman I fear death by cop, and the number of unarmed black people that have been killed while their assailants go un-prosecuted or un-convicted has made that fear fair. Not two years after Life After Death came out, police shot Amadou Diallo 41 times for pulling out a wallet, an act I felt in my bones for years afterwards because of our shared skin color and the ordinariness of the circumstances under which Diallo died, coming home in the middle of the night, minding his own business, without warning from the officers behind him. But to live life under constant fear of death isn’t living at all, it’s resigning yourself to a type of death in life. So over the years it’s become more and more important to me that Biggie rapped about happiness alongside his fears; that he kicked back and enjoyed California in “Going Back to Cali” (“Going back to Cali, strictly for the weather/Women, and the weed – sticky green”) and his dreams in “Sky’s the Limit” (“If the game shakes me or breaks me/I hope it makes me a better man/Take a better stand/Put money in my mom’s hand/Get my daughter this college plan, so she don’t need no man”).

While Life After Death‘s exploration of black fear still feels relevant in an era where black people are still fighting for our right to avoid being illegally gunned down by people who are supposed to protect them, the album’s joy does too. All Biggie’s boasts about his sexual, drug-dealing and killing prowess sound, alongside his happy beats, elated yet defiant – a finger in the eye to everyone who dares to doubt him. America’s minorities have always found joy alongside our fear, and dug up a great deal of pride in ourselves to boot. As the level of persecution we face increases in the coming months or years, we’ll have to tap harder into all of those sentiments to thrive.

Though Biggie was murdered on March 9th, 1997, two weeks before Life After Death came out, that album permanently deposited a pop-esque happiness into rap music, from 50 Cent, who partied hard in songs like “In Da Club” and “Candy Shop,” to T.I. singles like “Whatever You Like” and “Live Your Life,” and Drake’s “Hotline Bling.” But it still feels great to go back to the source; to nod my head along to the relentless cheer of a song like “Mo Money Mo Problems,” to listen to an album that insists it’s possible to find a lighter side in everything, even death.

Kashana Cauley is a writer for The Daily Show.