“Guys, can we cheers again?” asks Zach Herron for the umpteenth time. The giggling 16-year-old is in the middle of directing a intricate Instagram story, in which his Why Don’t We bandmates hold up matching mugs of hot chocolate at a restaurant a few blocks away from Live With Kelly and Ryan, where they just performed their sugary singles “These Girls” and “Something Different.” Herron’s bandmates, the blonde Corbyn Besson and curley-haired Jack Avery, both 18, begrudgingly oblige, and Herron posts it as a story to Why Don’t We’s 2.1 million Instagram followers. The process becomes more complex as an irreverent short film emerges, soon involving 18-year-old Daniel Seavey, who had already posted a photo of 19-year-old Jonah Marais, who calls himself the group “dad” based off his barely older age and generally more coolheaded demeanor — sipping his coffee off to the side.

How Do Ex-Boy Band Stars Stack Up?

Zayn Finds His Sweet Spot on 'Nobody Is Listening'

This may seem like a mundane exercise, but the band knows it’s important work. Despite forming a little over a year ago, their social media mastery has allowed them to bypass typical paths to teen stardom – such as having a Disney channel show – and become ridiculously popular, with 105 million YouTube views (“These Girls” has earned over 30 million) and 90 million audio streams. So far they’ve released five EPs, recently breaking into the Billboard 200 with September’s Invitation. “We really caught on at the right time,” Avery says. The “right time” is a social media moment about 10 years in the making, spearheaded by young stars showing off their musical and performance talents through Vine, Instagram, Musical.ly and other video engagement apps that have has become popular since YouTube kicked the phenomenon off. By the time the group leaves today, the Instagram story has been posted in full by multiple fan accounts, and some selfie-seeking fans have found their breakfast location. More teenage girls greet them later at the Hudson Hotel, some bearing gifts to the bandthat relate to fandom inside jokes — like gum for Avery, who has tweeted about how much he loves chewing it. 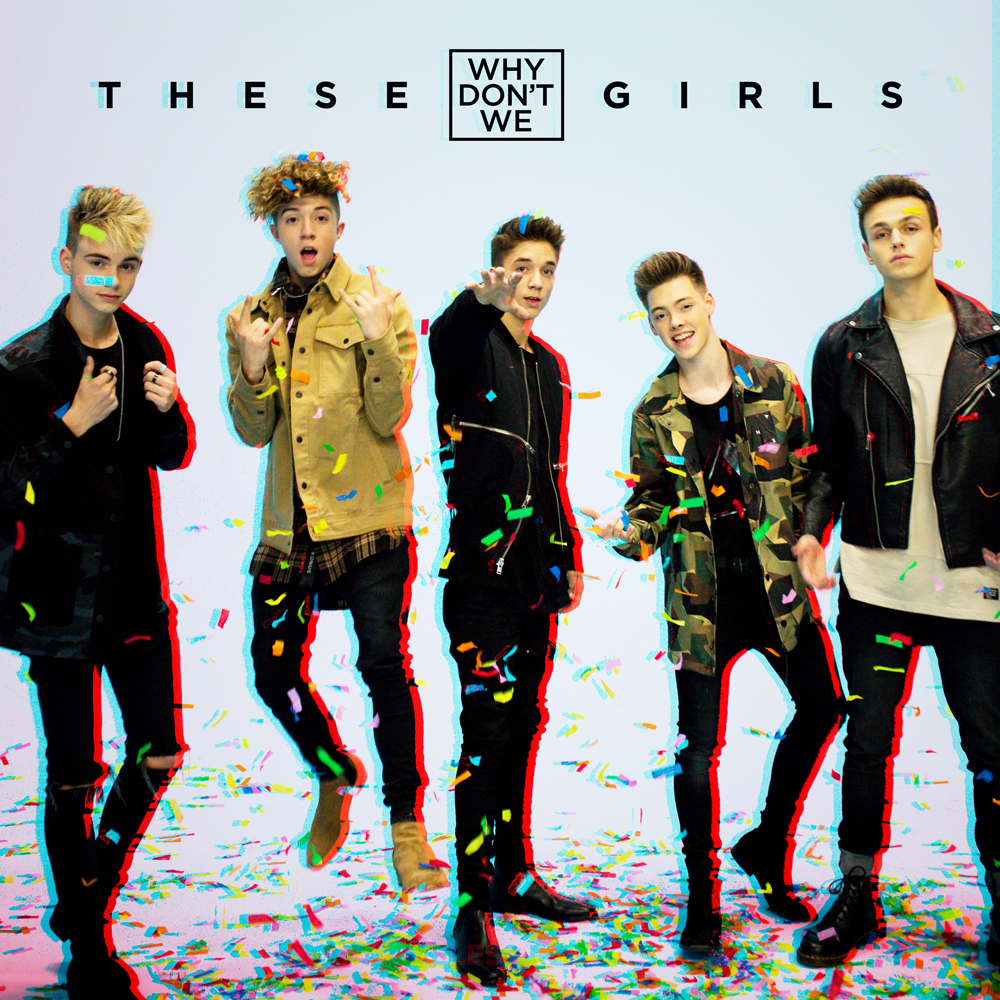 Before they formed, most members of Why Don’t We already had fans.  Besson and Marais were live streaming their home performances on platforms like YouNow, sometimes for audiences as large as 60,000 at once who would tune in to watch the teens croon. Herron’s posted a cover of Shawn Mendes’ “Stitches” on Instagram that earned 20 million views when cross-posted to Facebook. Avery covered Ed Sheeran’s catalog for his personal YouTube page. Seavey, who plays several instruments, was the only one to gain his platform from national television — a once untraditional mode of launching a career now made to feel quaintly old school — when he placed in the Top Seven on on American Idol.

“And then I joined Impact, a meet-and-greet tour,” Herron recalls. Meet-and-greet tours like 2016’s Impact brought them around the country, while putting an emphasis on the fans, giving them a chance to meet young musicians, comedians and general internet-famous personalities. Content creators would visit major US cities to sing, dance and get one-on-one face time with their budding fandoms. “And that was where I was like ‘OK, I am going to start performing in front of screaming girls,'” Herron says.

The other members followed, befriending each other in the process. Jon Lucero, the founder of meet-and-greet tour Brave Fest, saw a new kind of potential. “I thought about how there hasn’t been a great American boy band since ‘N Sync,” he says.

Lucero started talking with Avery and his mother about forming a group. He also touched base regularly with the four other future members. “They always answered my calls,” he says. “I said ‘Guys, don’t sign anything crazy before you speak to me because I feel like something’s going to happen.’ They stayed loyal.”

In September 2016, Lucero had the boys flown out to Los Angeles where they officially became Why Don’t We. The impulsive career shift even inspired their name. “We were chilling and singing together and it made sense: Why don’t we make this a thing?” Marais says of their first LA hang.

“I never thought I would be in a boy band to be honest,” Herron admits.

Marais chimes in: ”I secretly wanted to be in one, not gonna lie.”

Next, they met David Loeffler and Randy Phillips, two industry vets and old friends of Lucero who became their managers (Lucero remains on the team as tour manager). Two months after forming, they released their debut EP Only the Beginning. It kicked off a unique strategy: While it’s not unusual for a new artist to test the waters with one or two EPs ahead of an album, the five total (including a recent Christmas EP) they have released in their first year of existence is a new kind of prolific. But it’s worked: in June, they were signed by Atlantic Records, which will release their debut album.

Over the past year, Why Don’t We have been living out of suitcases, spending little time in the L.A. house they moved into together. All the recording, filming and touring means that they only pass through their hometowns — they each hail from different corners of the country, including Pennsylvania, Oregon and Texas — when the road takes them there. “It’s definitely weird,” Marais says of his new lifestyle. He had left high school early while pursuing his solo career a few years back and got a GED per his parents’ request. “I’m single but I just wonder if I was doing the normal thing and in college, I would probably have a girlfriend. It’s a totally different road.”

“I definitely miss just hanging with friends, coming home from school and getting homework out of the way quickly so you can just hang out the rest of the night,” says Besson, the only member sustaining a long-distance relationship. Seavey quickly jumps in to add some levity. “As a solo artist, it would probably be so much harder.” All day, the band are overwhelmingly polite to each other – each member is quick to compliment each other’s abilities and achievements, whether it’s Avery and Herron’s vocal abilities, Marais’ astounding following as a solo artist, Seavey’s polymath musicianship or even Besson’s success at maintaining his relationship while on the road.

Next year, Why Don’t We will prepare their debut album and embark on largely sold-out tour. They will have competition with other boy bands gunning to the void left by One Direction’s split last year, Simon Cowell’s new group, PrettyMuch, and K-pop hitmakers BTS, both of whom are prepping for big career moves in 2018. Why Don’t We aren’t worried. “If the product is good, people will love it no matter what,” says Lucero. “If you think about it, back when ‘NSYNC and Backstreet Boys were going, you had 98 Degrees, LFO and a bunch of different groups in America alone who were out at the same time and all successful. There’s millions of people out in the world and the market is huge.” Curve Records CEO Steve Greenberg, who discovered Hanson and the Jonas Brothers, agrees. “There’s always space for a new boy band,” he says.