Trevor Daniel isn’t a TV critic, but the 25-year-old singer is giving it a go. Netflix’s Luke Cage receives a “bomb dude” rating, and Jessica Jones is “pretty fire.” It’s a week before the release of Daniel’s major-label debut, Nicotine, and instead of doing a press run in New York City — the U.S. epicenter of the coronavirus crisis — he’s decided to decamp to his home in Texas and catch up on his streaming queue.

“I’m getting kind of confused at this point, whenever they keep moving things around and then canceling things,” he says over the phone. Daniel isn’t talking about his publicity schedule, but his concern over the Netflix and Disney Plus streaming wars. “I’m not really sure where I need to be to find the next season, or if there even is going to be a next season.”

The Exponential Rise of Leah Kate's 'F-ck Up the Friendship'

Despite the chaos — a debut album and a pandemic in the same week — Daniel is eerily calm. Numerous times, he insists that nerves are far from his mind. “Things happen the way they’re supposed to happen,” he says. “The most difficult part right now is trying to figure out how to get it to fans without being able to do some of the shows, the listening party, and everything.”

Trevor Daniel is a good example of the anything-goes landscape of pop music right now, an artist whose quick, potentially lucrative rise wouldn’t have looked the same just a few years ago. For two years, Daniel’s breakout song “Falling” was a prominent soundtrack to teenage heartbreak. Released in October 2018, the Taz Taylor, Charlie Handsome, and KC Supreme-produced track didn’t sound new. Instead, it shaved off the edges of hip-hop’s emo streak (Juice WRLD, Lil Peep, Lil Uzi Vert), and repackaged it into something ready-made for mass consumption. Daniel’s voice dripped with adolescent angst, delivering earnest lyrics like, “My last made me feel like I would never try again.” Across social media, his face was mostly hidden.

It’s what happened next that made Daniel a truly modern star: after its rise, a content cottage industry soon blossomed around “Falling.” It lived two viral lives on Instagram and TikTok, months apart, that kept the song alive long after a typical shelf life for a hit from an unproven star — and Daniel was in part responsible for keeping it around.

“Basically, there’s this editing community on Instagram,” Daniel explains. “I would always watch those videos all the time. It’d usually be new songs I haven’t heard before with old cartoons I used to watch growing up, like Teen Titans. We reached out. I was like, ‘Yo it’d be sick if you made some edits with my songs if you want,’ didn’t really think about it.” Then, “all these editing communities started going ham with the song.”

From there, “Falling” moved to TikTok, the platform where modern hits are often decided. Users found various scenarios — first dates, breakup, dance challenges — to set the song to. “Honestly, if you look back on the original sound on TikTok, it was another edit,” Daniel says. “I think it was an edit with Fortnite.” “Falling” would eventually go platinum. 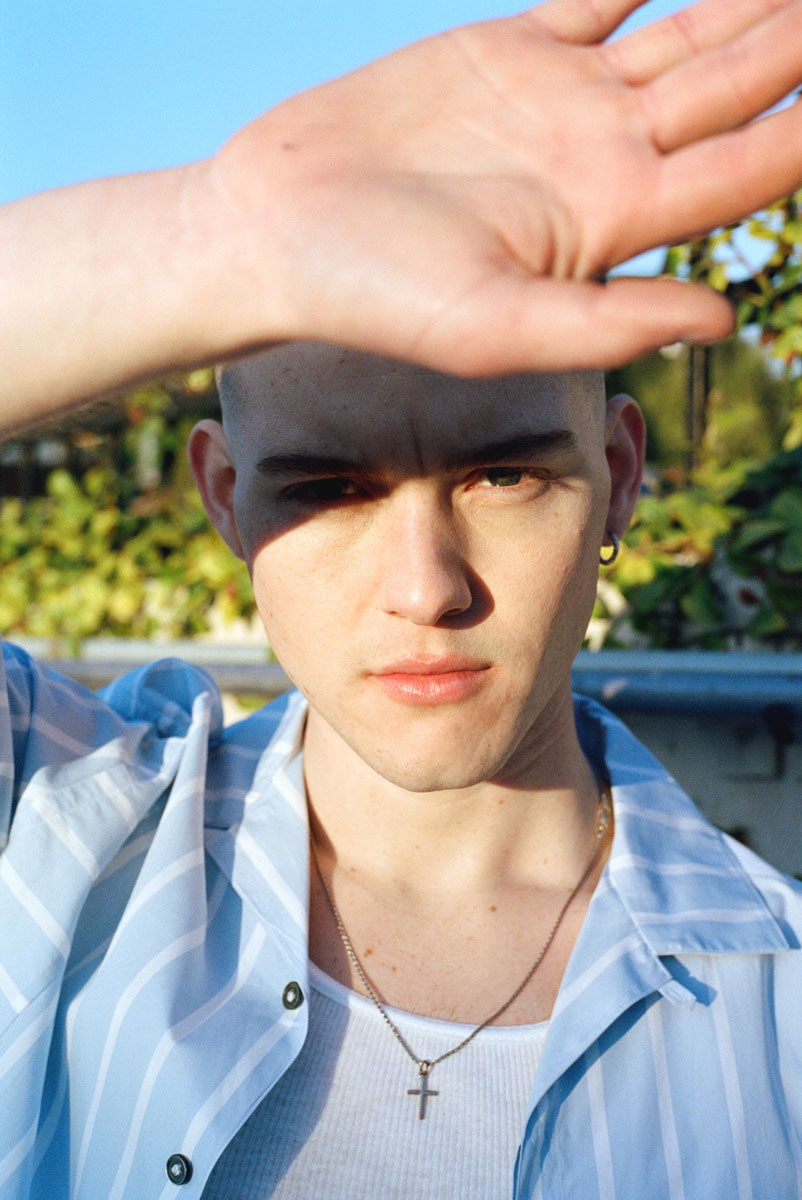 Like many stars arriving in 2020, Trevor Daniel isn’t a Disney Channel ex-pat, and his breakout moment didn’t come from a reality show audition, but crowdsourced virality. And like most suburban kids with delusions of grandeur, reared on the early melodies of Drake, Kanye West, and Kid Cudi, he became a rapper who sings — or at least a singer who can kind of rap.

“I played drums growing up. I rapped and everything,” Daniel says.

Were you a good rapper?

Originally, born in a “random part” of Texas before settling in Houston, Daniel produced his early songs from his bedroom and released them to SoundCloud. He learned what he calls “classical singing” from imitating artists like Dua Lipa and The Weeknd. By 2017, he was taking music seriously enough to quit his job with the income he was making from his nascent career. “Basically, this YouTube channel called SyrebralVibes posted my song and we ended up talking to them and we would split it 50/50. That was enough,” Daniel says. “Between them and other YouTube channels posting I was probably making like a thousand or so a month, which isn’t a lot. But I only had 600 dollars worth of bills to pay between my phone and stupid things I wanted.”

In the summer of 2018, Taz Taylor reached out to Daniel to collaborate. Alongside, KC and Charlie the group made Daniel’s first hit in a matter of hours and the young singer became the first artist signed to Internet Money Records through a partnership with Alamo Records. Daniel would later “disaffiliate” from Internet Money in 2019, according to Billboard and is currently signed to Interscope subsidiary Alamo. The tendrils of the major label machine — the same one that saw success with Billie Eilish in 2019 — runs throughout his new 10-song debut album.

On Nicotine, the bedroom singer is no longer hiding behind internet-assisted anonymity. Daniel’s face is now front and center in the album’s artwork and videos, free from the filters and saturated colors that helped disguise him from the world as “Falling” first began its ascent. Daniel officially began making the album in October, in an Airbnb he was renting in L.A. He credits listening to Tame Impala last summer as part of the inspiration for the increased scale of the project.  Finneas O’Connell, Billie Eilish’s brother and primary collaborator, writes and produces Nicotine’s penultimate track, “Past Life.” In composition, the songs sound closer to radio’s Top 40 than SoundCloud’s Top 50.

Despite the sheen, Daniel has emerged as an artist more gifted and nuanced than “Falling” suggested. Nicotine still traipses through the ruins of a toxic relationship, but the melodrama is now cut with sincerity, the booming trap drums offset by sweet guitar melodies. The easily clipped and digestible hooks are still there, but on songs like “Lovesick,” Daniel offers brief glimpses of emotional growth (“love you through the highs and through the lows”) to pair with the TikTok-ready soundbites (“If we don’t make it work, positive it’s gonna kill me”). You still have to feed the base.

Nicotine was released into an uncertain music industry landscape. Many of of the pop stars Daniel plainly wants to join at the top tier of the game, from Lady Gaga to Sam Smith, pushed back their albums in the wake of COVID-19. And just as importantly, the album needs to present Daniel as a physical star after so much of his initial success was as an ephemeral voice — which is tough to do with the world on lockdown. However, it’s also a moment Daniel is defiantly prepared for: his audience is young, streaming-only, and TikTok has only grown in influence since it helped launch “Falling” into the stratosphere. So, undaunted, Daniel made an album that takes swings at something more substantial than what got him here, but — hopefully — still connects on the same platforms.

“There were a few times where people would be like ‘Make another song like ‘Falling,'” Daniel says. “I have more to offer. I just want to show people that.”