Last year, Tom Petty’s daughter Adria was in the home studio of Heartbreakers guitarist Mike Campbell, reviewing some of the material her father left behind. There, she first heard “For Real,” a plaintive, sparely arranged song written and recorded quickly in 2000 but never released. The song expressed her father’s feelings about why he did what he did for a living: “I didn’t do it for no magazine/Didn’t do it for no video/Never did it for no CEO/But I did it for real.”

“It hit me pretty hard the first time I heard it,” Adria Petty says. “I was told he wrote in his hotel room the night before, and it feels very raw and sincere. It really stood out as something pretty profound, sort of from the grave, right? Just a real assessment of his strange reality of being a living legend. It touches on the things my dad believed in, his core values, like being authentic and not just being part of the pastiche of pop culture.” She also felt it would make a “beautiful coda” for the recently released Petty career overview, The Best of Everything.

To draw attention to the song, Adria, who’s directed videos not only for her father but also Beyoncé, Coldplay and Regina Spektor, compiled a video for “For Real.” Using vintage photographs, onstage and off, the clip is a chronological tour of Petty’s life: early home-movie footage, shots of him and Heartbreakers at work in the studio, and footage from Petty’s show at London’s Hyde Park shortly before his death (keep an eye out for Stevie Nicks), ending with a clip of a younger Petty waving goodbye. “I was crying my eyes out every night during the edit,” she says, “but he raised me to finish my shit. There was work to do and you had to get it done.”

Adria allows herself a small laugh, then turns serious again. “But it’s nice to hear his voice. It’s nice to see him doing what made him happy, and it’s nice to have the ability to tell a story about him and share that with people. My dad wrote such beautiful, simple songs that had such deep complexity, and this is one of them. I never got tired of listening to it, but I definitely got tired of thinking, ‘Oh, God, I’m never going to see him play again, and this is so sad.’”

Tom Petty died at 66 on October 2nd, 2017, of an accidental overdose of drugs that included fentanyl, oxycodone and Xanax. He had just completed a long tour while coping with a hip injury. Despite the passage of time, Adria says she still hasn’t fully come to terms with the events of that day. “It’s really hard for us, knowing he probably shouldn’t have gone on the road,” she says. “Money was definitely a factor in my dad’s last year, but he also felt he needed to go on the road to be happy. He really missed it. But I get more and more confused and upset about why this happened. He obviously wasn’t walking down the street and buying drugs for himself. It’s confusing to me why he came off the road and was on so many drugs when he died. I know for a fact that my dad didn’t have a long-standing fentanyl issue. It’s really upsetting to me that my father had any kind of fentanyl in his possession.

“But knowing that he came off the road probably disoriented and tired and in pain … and when you take fentanyl, it takes you out of pain,” she continues. “But it wears off very quickly, so you reach for more while it’s still in your system. And you die. Which is, I imagine, what happened to him. But am I making peace with that? No, I’m not. At that time, my dad was not to my knowledge addicted to drugs or struggling with a problem. And I’m confused as to what happened.”

Moving forward, Adria says the estate is beginning the task of combing through her father’s archives for future releases. Last year, Campbell told RS he’d love to unveil live recordings from the band’s fondly recalled series of shows at San Francisco’s Fillmore West in 1997. “That was a great run of shows, really incredible,” Adria agrees. “I went to a lot of those shows. But in the last year and a half, there’s been an awful lot of stuff to take the time to dig into. We haven’t even listened to one percent of that yet.” 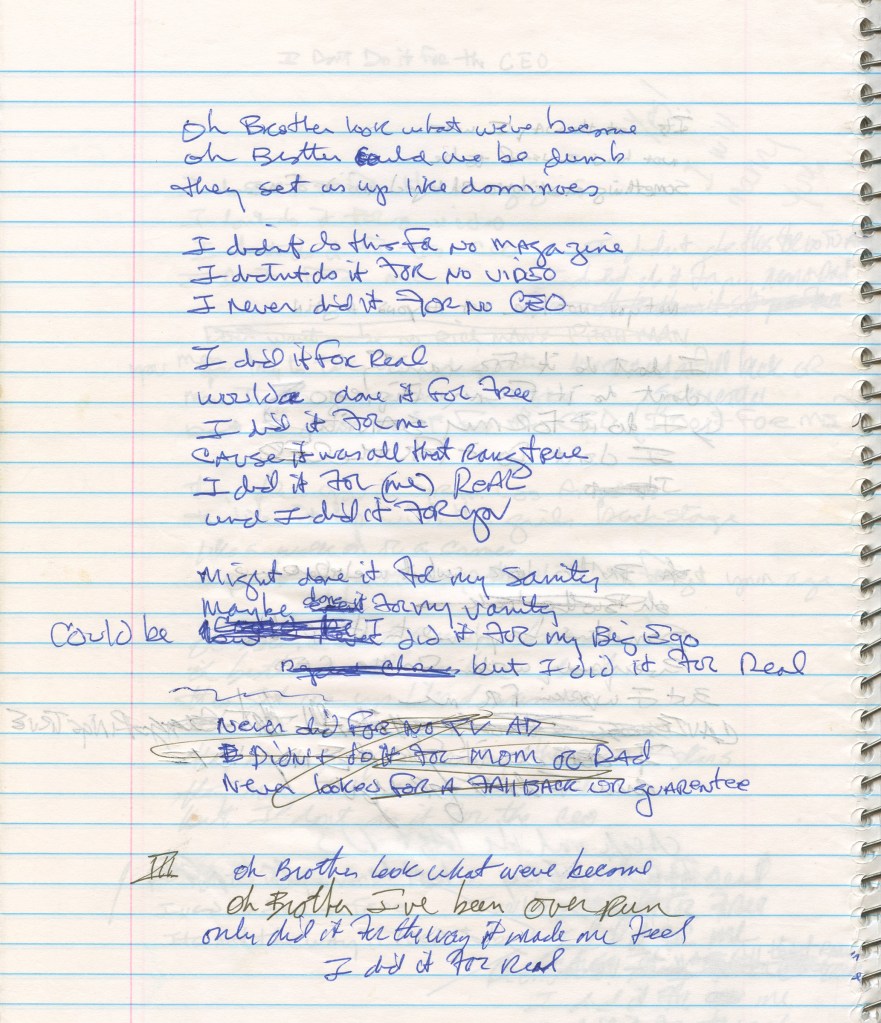 Still awaiting release is Petty’s pet project, an expanded edition of his 1994 album Wildflowers, which remains in limbo as the estate sorts through the outtakes from the original album. “There’s so much more to the story he was telling with that record,” Adria says. “It’s the ultimate midlife-crisis record for guys with all these incredible human, tender insights. There’s so much stuff, and to take a look back at the Wildflowers sessions and what all that material meant to him is a real job.”

A bump in the road arrived in April, when both Dana Petty (Petty’s second wife) and Adria each filed petitions in Los Angeles court about the handling of Tom’s estate. The paperwork included copies of heated emails from Adria, who calls the media firestorm that ensued “the biggest nothing-burger of all time.” She adds, “Have I been frustrated at times? Yes. We’re trying to figure out how to work with everybody’s advisors and lawyers. We all love each other and we all work pretty great together when we speak directly to each other. It’s been a difficult time. But I’ve seen remarkable changes in my family in the best of ways because of this, and I’ve seen a lot of catharsis and healing in the last 16 months.

“I’m one of four partners [Dana Petty, Petty’s first wife Jane Benyo Petty, and Jane’s daughters Adria and Annakim], and the convergence of the partnership has yet to begin, but I look forward to being able to do all that,” she continues. “I have no doubt in my mind everything is going to work out. From the bottom of my heart, I love Dana and my family. And I love the Heartbreakers. They’re my family too. It’s just going to take a minute for everyone to catch their breath.”

Even in these early stages of sorting through her father’s body of work, Adria says the task remains daunting. “You look at the amount of unreleased music and every interview he did,” she says, “and you say, ‘How did you find the time? You were only alive 66 years. There’s so many more years of work here!’ Sometimes I feel a little sad thinking, ‘No wonder you weren’t home — you were busy working your ass off.’”