A little more than a dozen years ago, Willie Nelson stumbled out of the poker room at his house in Maui in a haze of marijuana smoke to find his then-14-year-old son Micah playing Mario Kart on a Nintendo 64. Micah had just returned from a school trip, and his father greeted him with a huge grin. “Welcome home, Particle Kid!” Willie said.

“I thought it was the funniest thing, so I never forgot it,” Micah says. “Years later I asked him about it and he said, ‘I was trying to say “Welcome home, Prodigal Son,” but I was so stoned it came out as ‘Particle Kid.'”

By that point, the teenaged Micah had already started recording his own low-fi, dreamscape music – a slow tumble of guitars, far-off vocals, and washes of rhythm and noise – and when he decided to release it, he used the nom de smoke-plume that Willie had given him. The first Particle Kid collections were limited to 200 cassette tapes on the indie label Dome of Doom, and there was no sign they came from the son of Willie Nelson. “Instead of taking advantage of that I always felt that I had to work twice as hard as everyone else and live up the name, really earn it,” Micah says.

Earn it he has, though he may be working more than twice as hard as everyone else. A musical polymath who, according to Willie, “plays everything,” Micah combines an indie DIY aesthetic with a questing hippie spirit and a relentless work ethic. Over the last few months, the 27-year-old has done everything from open shows for Margo Price – one of Nashville’s sharpest and hardest rocking songwriters – to backing up Neil Young in his older brother Lukas’ band, Promise of the Real. Songs like “Gunshow Loophole Blues” from Particle Kid’s latest, Everything Is Bullshit, were inspired by the madness of Trump’s America. There’s also his adventurous rock quintet Insects vs. Robots, a series of animated short films he’s been working on, the Space Gnome deck of cards he’s designed to benefit the Bridge School (a cause Young has long supported), and an interactive album inspired by the patterns of hotel carpets he’s photographed that. “Whether I’m gardening or working on my car of making music or painting, it’s all part the same entity,” he says. “I’ve always felt like an artist who is using music as a medium.” 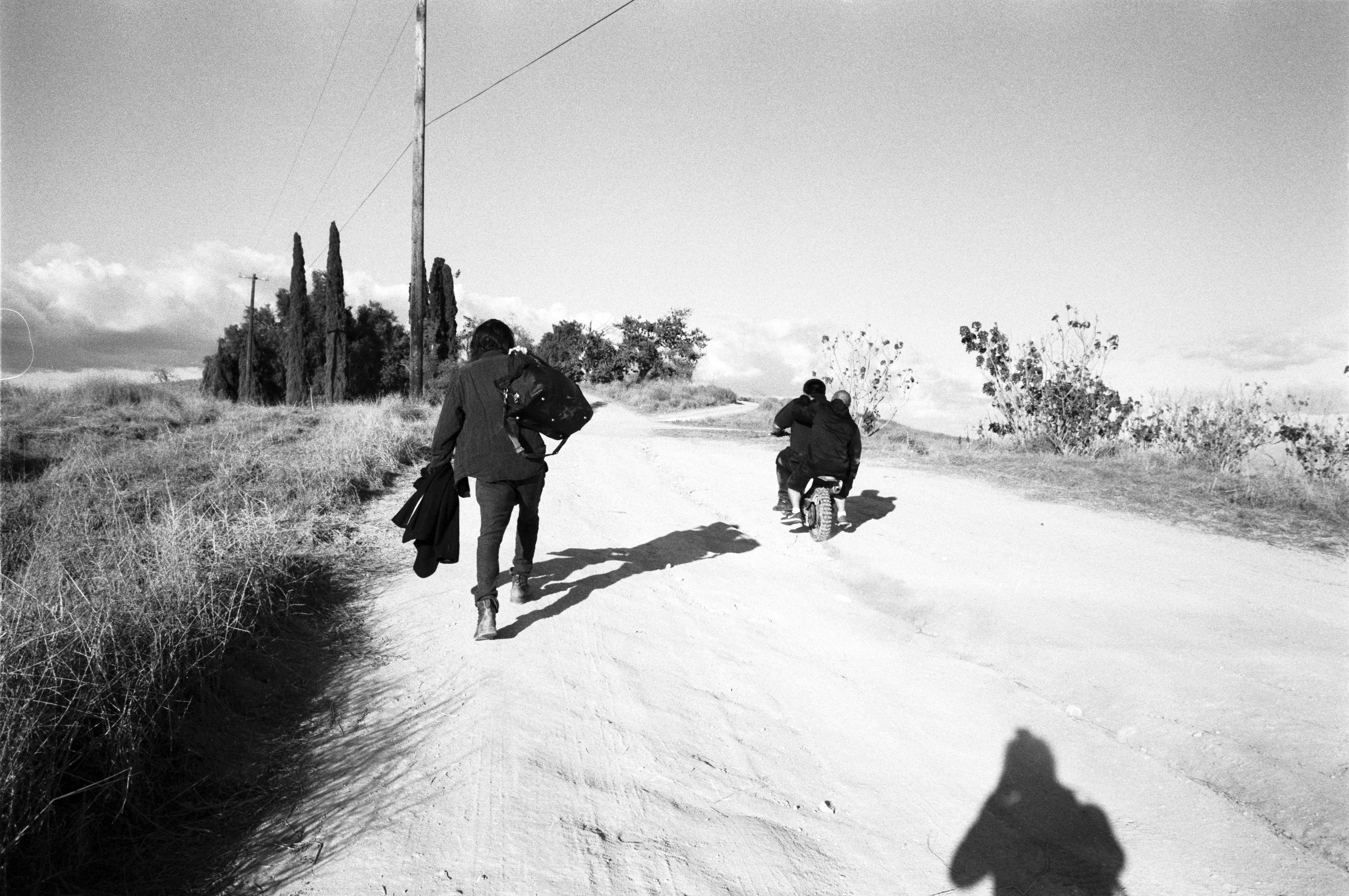 His role as integral member of Neil Young’s band began with an impromptu rendition of “Rockin’ in the Free World” at Farm Aid in 2014, which quickly lead to Promise of the Real backing Young on two studio albums and a series tours. Despite the nearly half-century age gap between Young and the band, they’ve become a very tight unit, and Micah and Lukas have coaxed Young to bust out rarities he hasn’t played since the 1970s, like “Alabama” and “Vampire Blues” and “L.A.”

Micah says playing music with Young has been like “getting a masters degree in Jedi training.” Young has schooled the Nelson brothers with precepts like, “The perfect is highly overrated.” “The main thing he’s taught me about music is, ‘If you think, you’re fucked.’ You have to accept your flaws and embrace them.”

Young cast Micah, Lukas and the rest of Promise of the Real in his trippy western Paradox, directed by Young’s girlfriend Daryl Hannah and shot in the Rockies during a four day tour break, using vintage Super 8 film and Hannah’s phone. “We’re all miners in the future, mining for ancient technology like computers and phones,” says Micah. “It’s a strange, beautiful art film.” He say that Young and Hannah call Paradox “a very loud poem” — perhaps the only such poem streaming on Netflix.

Touring with Young means some nights Micah’s playing for 100,000 fans on a bill with Paul McCartney at Desert Trip, and then just a few weeks later he’s out on his own, singing to a handful of people at a dusty club. It’s a balance that Micah has learned to embrace, though in the future he hopes to gain just a little more traction with his own career. “I wish I had a roadie to help me carry shit around,” he says, then laughs. “I’d like to be able to employ a reliable sound guy and incorporate some of animation into the show. But I feel like I’ve come a long way in the past couple of years and I want to keep the momentum going. Hopefully I’ll hit a nerve with more people without sacrificing or compromising on anything.”