One night in the late 1950s, the Flamingos’ bus pulled up to a concert hall in Birmingham, Alabama, and a row of 30 to 50 police officers holding rifles and billy clubs was waiting for them. The cops escorted the six-member doo-wop group, famous for “I Only Have Eyes for You” and “The Ladder of Love,” to its dressing room and gave strict instructions: As black performers, they were to make eye contact with only the black fans, who were confined to the balcony, and not with whites on the floor.

“It was ridiculous,” recalls Terry Johnson, now 78, a member of the Rock and Roll Hall of Fame–inducted group. “The cops were up there making sure we did not look at any white person. It was a rule when we came in: ‘I don’t want to see any of you darkies looking at the white women out there. If you do, your ass is mine.’ Cruel things like that.”

The Flamingos, like all African-American performers from that era, had to contend with Jim Crow absurdities. Often they couldn’t stay at hotels, were served rotten food at white restaurants and were outright banned from others; they would instead drive out of the way to eat at black friends’ homes. But that Birmingham performance stayed with Johnson.

The 50s: A Decade of Music That Changed the World

In the Jungle: Inside the Long, Hidden Genealogy of 'The Lion Sleeps Tonight'

“We were personalities. To say you can’t look at someone who’s smiling and applauding for you?” he tells Rolling Stone. “It was hard. I’ll never forget that.”

In the Fifties and Sixties, black performers found themselves on the front lines of the battle over segregation. The clashes at lunch counters, schools and on buses have been well documented, but reporters weren’t exactly covering James Brown club shows back then, so we’re reliant on survivors’ biographies and oral recollections for the details. As the original rock & roll pioneers are fading out – Fats Domino died in October, Chuck Berry died at 90 last March, 84-year-old Little Richard has been intermittently sick, and most of the members of groups like the Flamingos are gone – it’s more important than ever to share their stories.

Rock & roll, with its mixture of white country music and black R&B, arrived just as segregationists were tightening Jim Crow laws in response to the civil rights movement. Entertainers throughout the South were forced to participate in a crowd-separation ritual. Venues could be unofficially classified black or white – New Orleans’ famous Dew Drop Inn catered to an exclusively African-American crowd, for example. But in other cases, police and promoters physically separated the audiences. Sometimes, as in the Flamingos’ show, blacks were in the balcony and whites on the floor; other times, a painted line ran down the center of the theater or a rope bifurcated the audience. 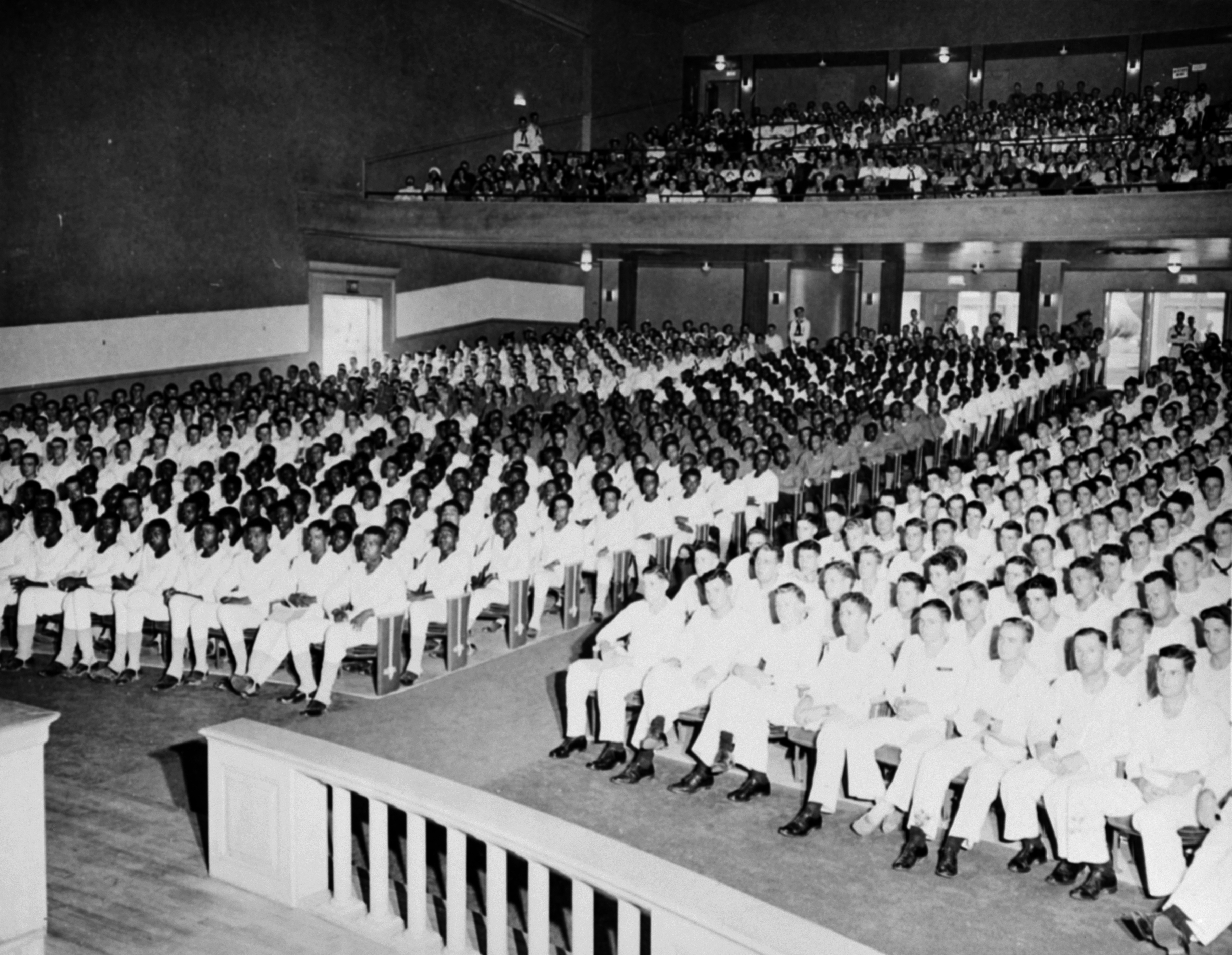 In 1955, Berry performed at the Duval Armory, in Jacksonville, Florida, and recalled in his autobiography, “Just before they were to open the doors for the spectators, four of the maintenance guys came out and roped off the armory with white window cord. They looped and tied it to each seat down the center aisle, making it an off-limits zone that neither colored nor whites could tread.” Berry also wrote that he once showed up for a Knoxville, Tennessee, concert only to find a group of white men had replaced him with a local cover band: “It’s a country dance and we had no idea that ‘Maybellene’ was recorded by a niggra man,” one said.

Historically, some concert-segregation laws had been haphazardly enforced, depending on the state and the racial attitudes of local officials and police officers. The International Sweethearts of Rhythm, an interracial, all-woman jazz group, managed to get away with integrated concerts when they toured the South in the 1940s, although they were occasionally turned away from entire towns and members were hauled to prison.

“There may have been more potential leeway and latitude, and a little bit of a blind eye being turned, prior to 1954-55,” says Brian Ward, a Northumbria University professor in England and author of 1998’s Just My Soul Responding: Rhythm and Blues, Black Consciousness, and Race Relations. “The South begins to mobilize, in a much more concerted way, these forces of massive resistance – the laws get tightened up, coinciding with federal law decisions.” In 1957, cops interrupted a biracial jam session at New Orleans’ Preservation Hall and arrested all the musicians. The judge told an assembled courthouse crowd, according to several who were in the audience, “We don’t want Yankees coming down to New Orleans mixing cream with our coffee.”

In the early Fifties, Lloyd “Lawdy Miss Clawdy” Price performed in Raleigh, North Carolina, and was delighted to see blacks and whites dancing to his songs – until a white policeman stopped the music and stretched a rope down the middle of the dance floor. “It started happening a lot,” Price, 84, says. “The rope was up in a lot of places. Whichever was the largest crowd, that was their dance. If it was more blacks, it’d be a black dance, and if it was more whites, it’d be a white dance.” 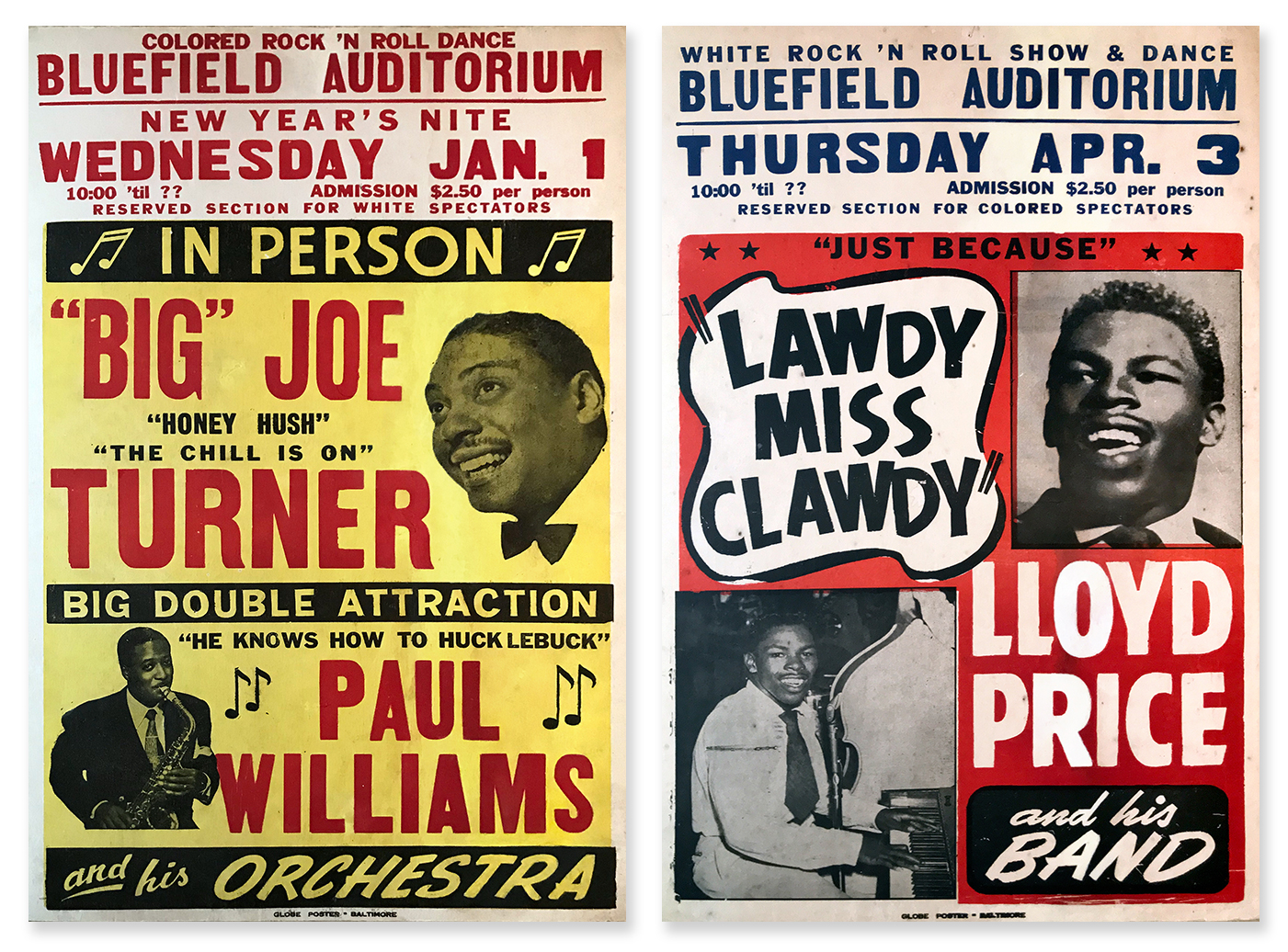 “We experienced it in Atlanta, Georgia,” says Sonny Turner, 78, the only surviving member of the Platters, another Hall of Fame doo-wop group, famous for “The Great Pretender” and “Only You.” “We would go out and just walk around the street and wanted to see the marquee – and we were not allowed to come into the front entrance.”

It wasn’t just the South. Leon Hughes Sr., a member of the Coasters, remembers pulling into a scheduled show in Lincoln, Utah, anticipating a pleasant night of singing smash hits “Young Blood” and “Yakety Yak.” He was climbing down from the bus when the promoter told them, “Uh, we’re looking for the Coasters band.” The group replied, “We’re the Coasters band.” The man said, “I think they’re white.” Hughes told him, “No, we’re black.” One of the men standing around panicked. “They ain’t white!” he said. “Let’s get them out of here!” The Coasters returned to their bus in a hurry and left town.

Some artists who appeared to challenge the color line met with violence or even death. In his autobiography, bandleader and “Willie and the Hand Jive” hitmaker Johnny Otis, who was white, recalls watching helplessly as a musician in his group was brutally beaten for neglecting to say “sir” in response to a white man’s question at an Augusta, Georgia, concert in 1951. The late Jackie Wilson played a 1960 package show with several top singers in Little Rock, Arkansas, and when he realized they were scheduled to play two shows, first for blacks then for whites, he pulled out of the second one. White residents brandished guns and chased Wilson’s entourage out of town. One of the performers, Jesse Belvin, who had a big radio hit with “Goodnight My Love” and co-wrote “Earth Angel,” accelerated his ’59 Cadillac so suddenly that his tires blew, the car swerved, and he and his wife died in the wreck.

Charles Neville of the Neville Brothers recalls this harrowing story: In 1959, three young white women regularly tried to outsmart Jim Crow at the Dew Drop Inn in New Orleans. Blending into the all-black audience, they wore dark makeup and glasses, and one covered her blond hair with a bandanna. One night, when Neville and house musician Guitar Red stepped outside for a break, New Orleans police handcuffed them to a telephone pole, hauled out the women and asked, “What the hell you doing with these niggers?” Neville watched as the cops beat the women so badly they had to go to the hospital. “Oh, Lord,” he says, “we thought they were gonna kill us.” 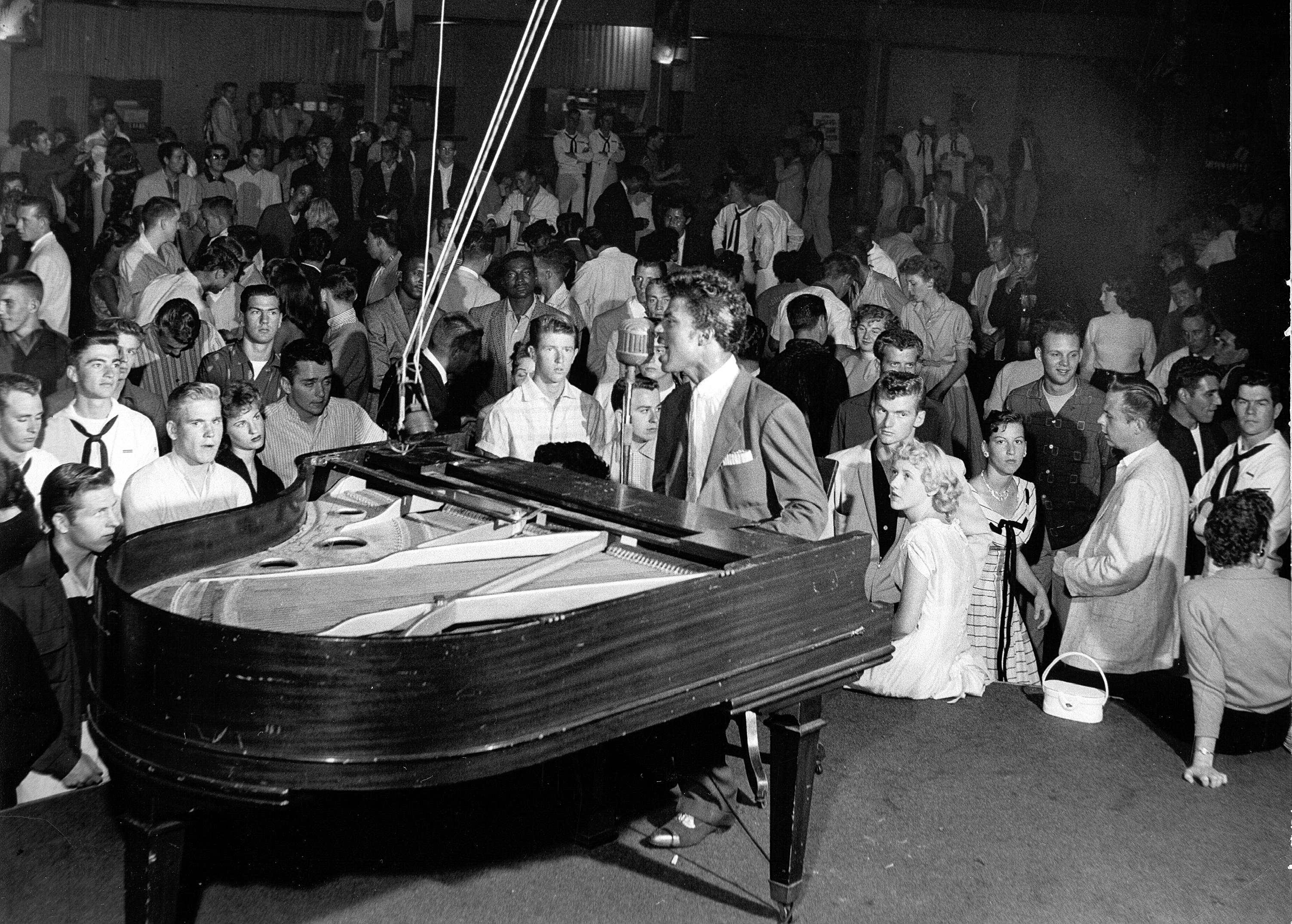 But in the era of Elvis, Chuck and Little Richard, a curious thing started to happen: Rock & roll shows became so boisterously biracial that it was sometimes impossible for officials to fully segregate them. Some recall the cops simply throwing up their hands. “A lot of places had the line when we first walked in, and after we started playing, they let them cross the line,” the Coasters’ Hughes says. “It was beautiful.”

At the height of Jim Crow, young whites and blacks found ways to breach the separation. “After the first intermission, the kids were all dancing together,” Price says. “I just kept playing my music and the kids kept coming….They were rebelling through dance, through a beat I’d created….They start realizing we’re all human.” In his authorized 1985 biography, Little Richard gives himself credit for single-handedly bringing segregated audiences together. “We were breaking through the racial barrier,” he wrote. Richard’s producer, H.B. Barnum, recalled, “When I first went on the road there were many segregated audiences….And most times, before the end of the night, they would all be mixed together.”

Courageous musicians, white and black, contributed to concert desegregation, which continued in some places even after it was outlawed by 1964’s Civil Rights Act. In 1961, Ray Charles canceled a scheduled show in Augusta because it was at the segregated Bell Auditorium; the Beatles refused to play segregated venues on their 1965 U.S. tour. The Playboy Club in New Orleans had an integrated jazz band in the Sixties, and owner Hugh Hefner had enough money and clout to threaten legal fights against anybody who tried to stop it.

These types of acts helped sway the public against Jim Crow, but “it’s perilous to think the power of Chuck Berry was somehow going to bring down segregation,” says Ward, the Northumbria professor. It was the Civil Rights Act – which, among other things, specifically prohibited discrimination in “any motion picture house, theater, concert hall, sports arena, stadium or other place of exhibition or entertainment” – that deserves most of the credit. “There are so many examples of the Klan loving black music, and as soon as the show was over, putting their hoods back on,” Ward says. “If a shared passion for certain kinds of music was the key to racial harmony, then the world would be a lot different.”