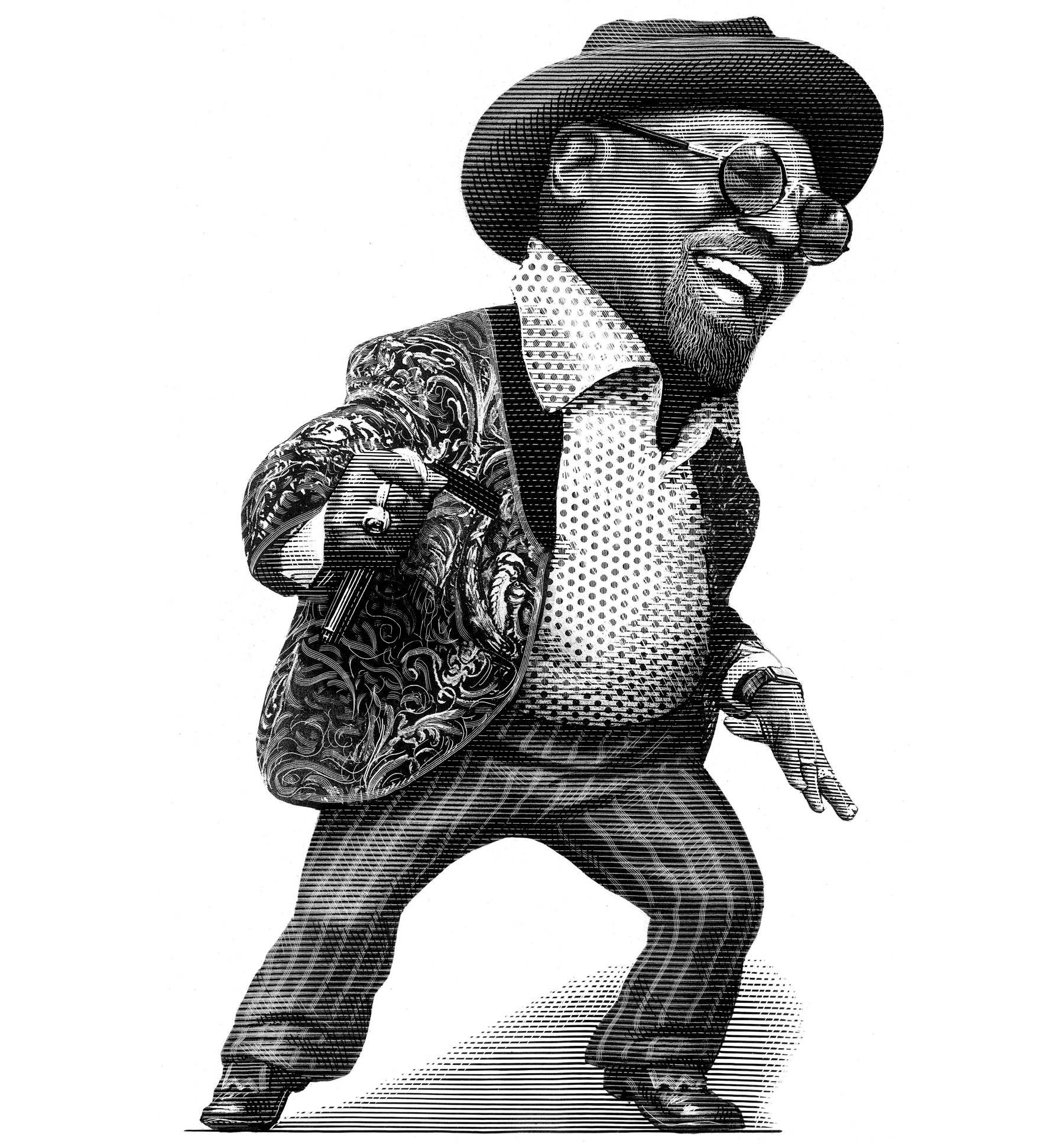 Parliament-Funkadelic founder George Clinton is an irreplaceable walking museum of American musical history, with a career that began in Fifties doo-wop (the Parliaments were originally a Newark, N.J., singing group), and continues all the way to Kendrick-era hip-hop and beyond. Clinton put out an excellent, memorably titled memoir, Brothas Be, Yo Like George, Ain’t That Funkin’ Kinda Hard on You?, in 2014, and he suggests he’s already done enough additional living for another book – though he’s more focused on an upcoming documentary and a new album. He called in for a characteristically amusing and enlightening Last Word interview while on the road for his latest tour, which is set to run through April.

Who are the funkiest people who ever lived?
When I’m just tryna funk, it’s gonna be the Staple Singers, man – Pop Staples. And Ray Charles. Ray could take “Eleanor Rigby” and make that funky. He ends up doing that to anything – to me, that’s raw funk. And then [Motown session bassist] James Jamerson – that is a musician.

And who is the least funky person alive?
Oh, my God! [Laughs] Probably Trump. Can’t be no funk in the Trump! [Pauses] He ain’t gonna like that.

Where did the idea of “free your mind and your ass will follow” come from? And do you stand by the advice?
I think I was just saying it as a stream of consciousness, you know? But as I get older, I see it as the same thing as “Let go and use the Force, Luke.” If your head ain’t right, everything you try to fix is going to be messed up, ’cause your brain is what you need to fix it.

Same idea as “Maggot Brain,” really.
Yeah, same thing! Same thing. If you got maggots in your brain, everything you think is gonna be rotten.

What advice would you give your younger self?
Stop looking for anything else to be LSD. If you knew that it was never gonna be like that first hit, you could’ve stopped a long time ago.

So you never regretted LSD?
As soon as Woodstock happened, LSD was over. It became commercial, $5 a tab. Then that mind-manipulation thing it did became dangerous because anybody could program your ass when you’re on it.

How do you feel about white artists doing black music?
I’d bite off the Beatles, or anybody else. It’s all one world, one planet and one groove. You’re supposed to learn from each other, blend from each other, and it moves around like that. You see that rocket ship leave yesterday? We can maybe leave this planet. We gonna be dealing with aliens. You think black and white gonna be a problem? Wait till you start running into motherfuckers with three or four dicks! Bug-eyed motherfuckers! They could be ready to party, or they could be ready to eat us. We don’t know, but we’ve got to get over this shit of not getting along with each other.

You and Bootsy Collins had an alien encounter, right?
Yeah, and we wasn’t high. A light hit the car, and a substance like mercury out of the thermometer rolled up the side of the car.

“You just have to figure your way how to dance your way out of your constriction.”

How have you been able to find such consistently great musicians over the years?
They usually be out of the box, but still appealing. Somebody you can’t control, or won’t do it normal. I learned that anything that get on your nerves – the parents don’t like, the old musicians don’t like, and kids seem to be liking it – that’s usually the shit. But you then have to learn how to balance it. It can’t go all up into the crazy, ’cause that’s what you’re flirting with.

Parliament came from your doo-wop quartet, the Parliaments. You’ve said when doo-wop was dying, you were sad but excited to see what was next, right?
Even though I loved the Fifties doo-wop, you couldn’t hold on to it. You had to change, or you was gon’ be antique real quick, like the Ink Spots. And then we were at Motown and you had the Rolling Stones, simple rock & roll became the new thing. So we turned the volume up and got slick, almost jazzy musicians – Maceo Parker, Fred Wesley, Bootsy playing simple, but making it smooth and brand-new – with the concept of clones or whatever we was talking about.

Are you optimistic or pessimistic about the future of this country?
I’m optimistic about it, because whatever happened, that’s the way it’s supposed to be. If He did it, He did it all. You just have to figure your way how to dance your way out of your constriction. And pray, have faith and all that shit.

Would you be cool with a hologram of yourself going on tour after you’re no longer with us?
I already made a hologram. I did it with the whole band. Maybe they can have it start performing in Vegas or some shit. I wanted to give something to my family.

What do you want people to say about you when you’re gone?
He made me sick, but he gave me the antidote.