More often than not, descriptors of Jay Som’s indie rock balladry evoke a sleepy feel: dream pop, bedroom pop, chillwave, shoegaze. But in performance, Jay Som – the alias of 24-year-old Melina Duterte – has a way of transforming her intimate, home-recorded sweet nothings into a swinging party fit for hundreds of strangers. On a summer night last year, Brooklyn venue Rough Trade was well over capacity, and Duterte, the headlining act, was trying not to break curfew.

“OK guys,” warned Duterte with the cadence of a jaded parent spoiling a slumber party. “This is our last one.”

“I don’t like that!” yelled a fan from the back of the room. Duterte flicked an eyebrow towards bassist Dylan Allard from behind her round glasses. Her four-piece band proceeded to indulge the crowd with a comedic jam medley: the plunky flutter of the Seinfeld theme banged up against a taste of Kansas’ “Wayward Son” and then a Phish-like rendition of Blink-182’s “What’s My Age Again?” The audience bubbled with laughter. Their night had just begun.

Nearly a year and several tours later, Duterte has seen her star rise immensely. The Oakland bedroom where she meticulously recorded and produced her swoonworthy breakout LP, 2017’s Everybody Works, has since been traded for a room in Highland Park, Los Angeles. The singer-songwriter has shared stages with Kamasi Washington and Mitski, and is now gearing up to join Paramore on their After Laughter summer tour in July. “It’s literally like a dream,” she tells Rolling Stone over the phone. Having just released Pirouette, a glimmering 7-inch of cuts from Everybody Works, as well as a special Valentine’s Day treat entitled “Hot Bread,” this year Duterte is more industrious than ever before – barely stopping to catch her breath, it seems.

The Wanderer: Mitski Is the Voice for Dreamers

“I’ve already recorded a bunch of new stuff for my next album,” she says proudly. “I’m not going to say it’ll be ‘a little more experimental,’ but I think it might be. It’s hard to talk about because you can talk to me six months later, and every single will be completely different. Maybe some hip-hop shit will happen.”

Prior to her career path as an indie-rock hero, Duterte was an East Bay band geek, primed to play trumpet in a jazz conservatory. “What I learned playing trumpet is now so central to all of my songs,” she says. “But I used to think the trumpet was a ‘boys’ instrument.’ It’s just inherent as a kid – you’re assigned gender roles for things like instruments. I remember thinking, ‘I don’t care about these boys. I’ll do what I want!’ 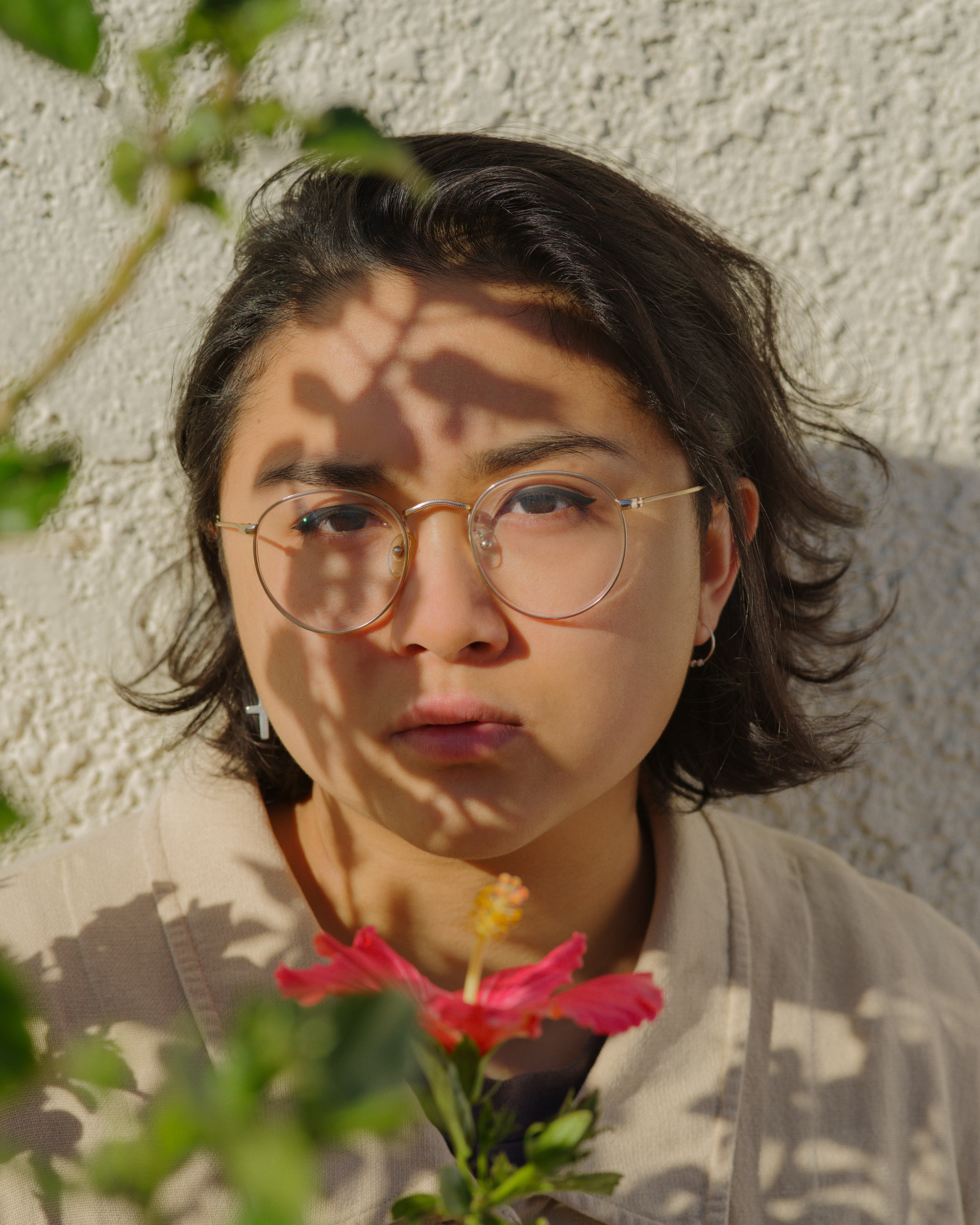 For years, she penned pop songs in private, most happy to wield a microphone when singing karaoke with her Filipino family – the first to identify her rock star potential. Under immense pressure from her aunties, she says, she once entered a competition on a seniors’ cruise by belting out “Total Eclipse of the Heart” – so impassioned that she climbed atop a dining room table and startled some elderly patrons. (“I lost to an Australian guy who sang Elvis,” she laughs.) She tapped into that same courage one drunken night in late 2015, when she self-released nine songs on Bandcamp – the modern-day message in a bottle for rock star hopefuls. “I put it up for my friends,” professes Duterte, “but I hoped someone would find it.”

A testament to Duterte’s D.I.Y. ingenuity, as well as shifting industry norms in the internet age, indie label Polyvinyl happened upon her songs online. These became her debut LP, Turn Into, followed by Everybody Works. Shyly unearthing the intricacies of queer love and kinship, Duterte echoes the lo-fi catharsis of Mount Eerie’s Phil Elverum; she evokes the slick funk groove of Prince; and she summons the hypnogogic pop craft of 2000s forebears Animal Collective and Toro Y Moi.

She doesn’t dwell on any one genre, though – as a longtime student of jazz and classical music, her expansive technical chops beg an expansive palette to match. Her open-minded taste in music also runs parallel to her own politics, which emphasize inclusion and broader representation. “Indie-rock is changing,” she says. “And for the better. Women, queer people, people of color are at the forefront, changing the structure of it all.” She’s since amassed a posse of fellow indie artists breaking the mold, including frequent tour mate Michelle Zauner of Japanese Breakfast and Vagabon’s Laetitia Tamko.

“I’ve only worked by myself really,” she says. “It’d be nice to mess around and collab with people I really admire. So yeah, let’s give it a go.”