On the morning of September 5th, Patrick Carney and Dan Auerbach walked into Auerbach’s Nashville studio, picked up their instruments and became the Black Keys again. By season’s end, they had finished their ninth album, the self-produced “Let’s Rock” (yes, that’s really the title). As usual, they created the entire album’s worth of songs from scratch in the studio, with nothing written in advance and very little discussion. It had been five years since they recorded together, but that didn’t seem to matter at all. “We fell right back into it, really, day one,” says Carney. “We wrote two songs the first day. We’re just fucking around, and that’s what comes out.”

“It’s this magic that happens with Pat and I,” says Auerbach, who started a new band, recorded a solo album and produced at least a dozen other projects during the Keys’ lengthy break. “It was the same thing that happened when we were 16 and started playing, and magically, it just sounds like music. It was really awesome, having the break and then coming back and just playing with Pat again. It felt great.”

Dan Auerbach on His Assorted Projects: 'Everything's Been Ground to a Halt'

As for that title: Well, this album does, in fact, rock. Due for a June 28th release on Easy Eye Sound/Nonesuch, the new LP packs considerably more visceral punch than their last one (2014’s atmospheric, Danger Mouse-helmed Turn Blue) — from the AC/DC chords of album opener “Shine a Little Light” to the Blue Öyster Cult-meets-ZZ Top punch of “Eagle Birds” to the riff-y power pop of “Get Yourself Together” to the “Spirit in the Sky” fuzz of the first single, “Lo/Hi.” There are zero keyboards on the album, and Auerbach played most of the guitar solos live; he’d simply stop playing rhythm and kick into lead.

Auerbach credits a collaboration with the late cult-favorite guitarist Glenn Schwartz for reconnecting him with his original distorto-blues inspirations, helping feed the new album’s retro-without-apologies sonics. There are surprises, too, like the combination of a goofy “Listen to the Flower People” psychedelic riff with raunchy groove-rock on “Breaking Down.” 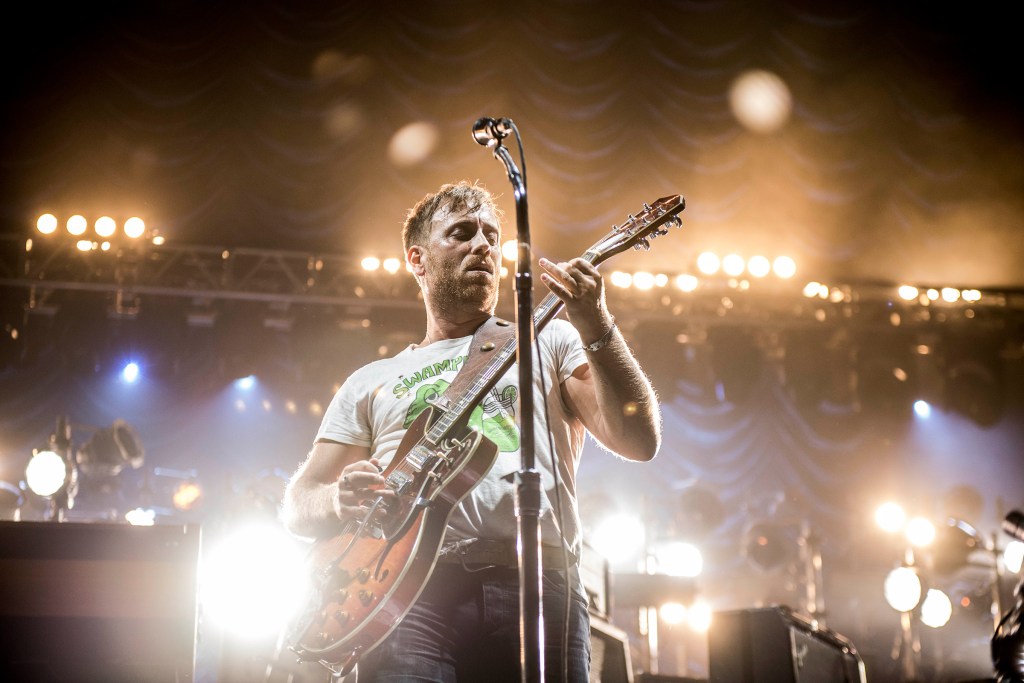 Dan Auerbach performs with the Black Keys in 2014. Photograph by Sacha Lecca

The specific inspiration for the album’s name, however, is a touch darker. Auerbach explains that, during recording, they came across a Tennessee newspaper story about the state’s first electric-chair execution in 11 years. Guards asked convicted murderer Edmund Zagorski if he had any last words. “Let’s rock,” he replied. Accordingly, the album cover image is an electric chair. “Nothing makes you think more about life than death,” Auerbach says, laughing.

Both he and Carney are now married dads in their late thirties. They’re one of the last commercially viable rock acts birthed in this century, and they’ve been at it long enough that a teenage Greta Van Fleet hung the Black Keys’ 2012 Rolling Stone cover as inspiration in their rehearsal space. At this point in the Keys’ career, they aren’t particularly focused on commercial success. “We didn’t think about the context of the state of music in 2019,” says Carney. “It’s very complex and freaks me out. Are the charts important? No. Is making music with Dan important? Yes.”

What they wanted was to make an album they loved, reconnect with each other and then go see their fans again on tour. “Four years ago, I definitely wouldn’t have been in a place where I wanted to make a record,” says Auerbach. “But it was less about making the record and more about ‘We gotta make a record, then tour for two years.’ I’m glad that we took the time to settle our minds and get away from each other for a while. It was really helpful. It made it all better when we got back. . . . I’m excited to play some shows. I’m excited to play for the fans, and I’m excited to play some of the old songs again.”