In late March, the 22-year-old producer Disco Lines posted a video on YouTube titled “Attempting to Make a Viral TikTok Song.” He took a popular meme, sliced and diced the audio, and added a gnashing electronic beat. “Use this song,” Disco Lines requested at the end of the clip, and “help your boy go viral.”

The producer’s quest didn’t go exactly as planned, and it ended quietly. But roughly four months after he put out that YouTube video, TikTok users have latched on to a very different Disco Lines track — an unofficial remix of Taylor Swift’s “Love Story” that blends the airy banjo and children’s fairytale yearning of the original with a haymaker of a house beat and a giddy, brazen electronic drop straight out of Electric Zoo.

The eruption of the “Love Story” remix is a testament to the wild unpredictability of TikTok; the more you try to exert control over the app, the more likely it is to dance out of your reach. Swift, of course, has a whole album’s worth of new songs to promote, but the week after Folklore came out, TikTok users chose to be collectively obsessed with a pummeling club remix of a single from 2008. And while the TikTok trend theoretically offers great exposure for the remixer, Disco Lines can’t make a cent off the song — the remix hasn’t been approved by the owner of “Love Story,” so it’s not available on streaming services, and the sound being used on TikTok is an unofficial user upload.

You Have a TikTok Hit! Now, Quick — Change the Title

But TikTokers care little for stars’ promotional schedules or the details of legal clearances. “I’m still in awe,” says the 22-year-old Disco Lines, who recently graduated from University of Colorado Boulder with a degree in software engineering and is two weeks into a new job at a tech company. “I have a meeting in 20 minutes with my software development team, and I cannot focus whatsoever.”

Disco Lines created his “Love Story” remix more than a year ago. “When I started making YouTube videos about producing, I would do funny things to get people’s interest, do two genres that weren’t necessarily meant to be combined,” he explains. “Take ‘Love Story,’ a country pop song, throw a deep house beat on that, see what happens.”

Disco Lines made the track in roughly an hour and put it on his alternate SoundCloud. “This is just a throwaway,” the producer reasoned. “There’s no way people will actually bump this.”

Pov: We see you at a party and try to impress you with our dance skills (we couldn’t stop laughing) #GimmeLove #impress #party #ReadingList

But the concept was embellished further by user Pokemonmasterzo, who had the clever idea to put his phone on a skateboard and send it gliding away just as the song reaches its climactic moment; Pokemonmasterzo pumps his hips as you, the viewer, make your getaway by soaring down the driveway. “He started seeing a lot of traction from that,” says Tim Collins, whose Creed Media marketing company was called in to consult by Disco Lines’ team (comprised of the producer and his manager, Theo Feldman, at the company Bear & Owl) once the “Love Story” remix began to show signs of momentum on TikTok. “The first day [after Pokemonmasterzo’s clip], around 1,000 videos were created inspired by that narrative.”

Collins has run hundreds of TikTok campaigns for a variety of labels; this one needed to be executed on a basically nonexistent budget. “Since this isn’t an official song, [Disco Lines] is not making money from this trend blowing up,” Collins explains. “Every dollar spent will leave a dent.”

POV: ur my phone on a skateboard being propped up by a bottle of all™️ free and clear laundry detergent for sensitive skin #fyp SlurpeeSummer

As a result, Feldman and Bear & Owl focused on reaching out to what Collins calls “microcreators” on TikTok, enthusiastic users who may only have a few thousand followers. “They can be super great to get involved because they usually aren’t as expensive [as TikTok stars], and they’re often grateful to be part of a campaign because they don’t necessarily see themselves as influencers,” Collins says.

The microcreators helped start an avalanche. The “Love Story” remix did around 2,000 videos a day for three days, then jumped suddenly to 10,000 videos a day, and on Tuesday, the remix was used in more than 250,000 videos. By Thursday morning, it had soundtracked over a million clips in less than a week.

The hip-thrusting dance became so popular that several TikTok stars joined the “Love Story” remix trend just because they liked it. “It’s so huge for an unestablished artist when that happens,” Collins notes. “If you were to pay for the major influencers that have now taken part in this trend, that would take hundreds of thousands of dollars.”

Disco Lines’ track is hardly the first uncleared dance remix to go viral — see Imanbek’s trash-house rework of Saint JHN’s “Roses,” which has more than 750 million plays on Spotify alone since it was cleared. At this point, it’s also become fairly routine for tracks with prominent samples — Juice WRLD’s “Lucid Dreams” or Lil Nas X’s “Old Town Road” or Surf Mesa’s “ILY (I Love You Baby)” — to become hits before any type of sample clearance has been worked out. 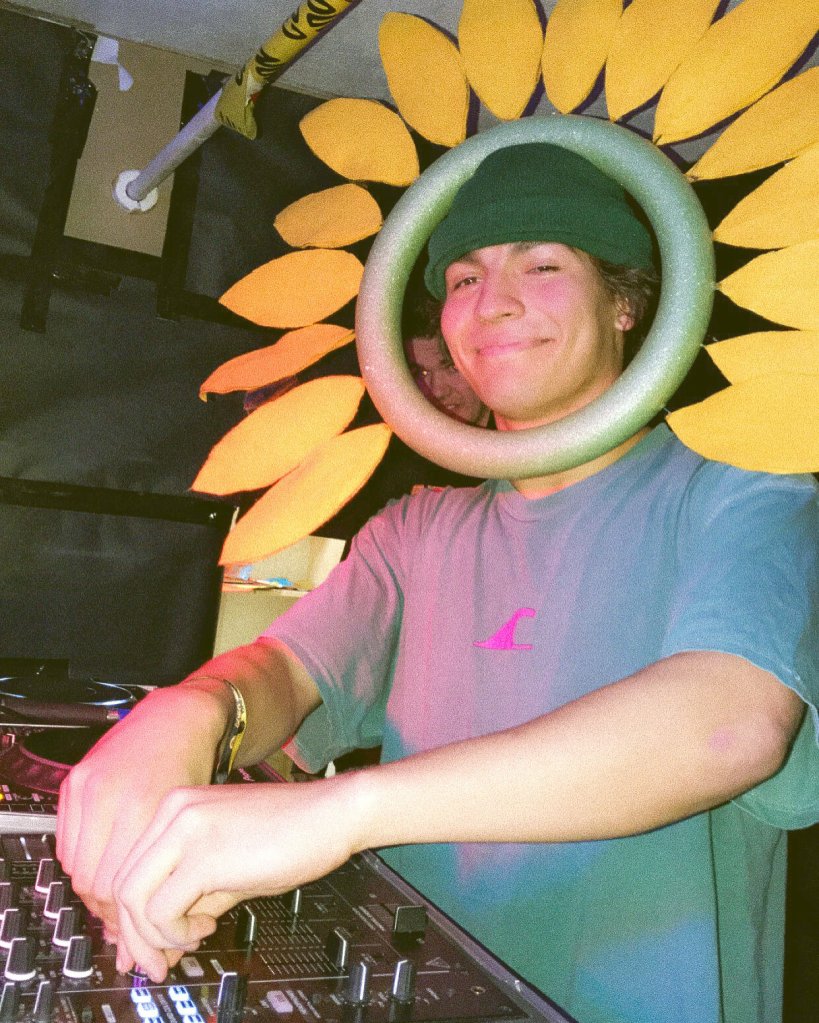 The best case scenario for Disco Lines, of course, is to get Swift involved in a new version of “Love Story.” (The star has said she wants to re-record her old music, maybe now’s the time to start?) But that’s easier said than done — as the producer points out, “I don’t know Taylor Swift, and I’m pretty sure no one I know knows Taylor Swift.”

Disco Lines and Feldman are also exploring other options, inspired in part by Surf Mesa’s breakout hit — an exceedingly mellow electronic remix of a cover of Franki Valli’s “Can’t Take My Eyes Off You.” If Swift doesn’t want to be involved in a new version of “Love Story,” maybe Disco Lines can at least obtain permission for someone else to sing the vocals, allowing him to move forward with a remix of a cover, rather than the remix of the original.

For now, Disco Lines is taking small steps to remind TikTokers that he is the man behind the song they’re all hip-thrusting to — and he has several original productions that they should also listen to. “We’re in touch with TikTok to try to edit the metadata of the song to make it a little more clear [who made it],” Feldman says. “We’re going to reach out to some of the larger influencers who have done the trend to see if they’re willing to adjust their caption. Anything we can do to recenter the focus on him, that’s how he’ll benefit the most as an artist.”

For now, Disco Lines is just trying to get through his nine-to-five. “Surf Mesa just hit me up earlier today,” the producer says. “He’s like, ‘I got famous off TikTok — watch out, you’re gonna blow up.'”