Ctrl, the debut album by SZA, released on Top Dawg (the home of Kendrick Lamar and affiliates), is so self-assured, so blunt and direct, that you’d never guess how circuitous its path to existence was. There were long stretches of album delays and conceptual reworks (the original title was A, to follow a series of themed mixtapes), not to mention long stretches of self-doubt during which she almost quit the business.

SZA’s sound got pigeonholed by the press as a “bedroom R&B” – murky, heady, oblique – but Ctrl is anything but. The sound is just as polymorphic as her EPs, but starker, less filtered. She holds her own alongside labelmates as singular as Kendrick Lamar and Isaiah Rashad and the title nods to the self-assurance of Janet Jackson. It’s the sort of album that casually drops, on “Supermodel,” a line like, “I been secretly banging your homeboy/Why you in Vegas all up on Valentine’s Day?”

SZA spoke to Rolling Stone about meeting her idols, overcoming self-doubt and mining her past.

What was it like working with RZA on the trailer for Ctrl?
I got a lot of crap for being named SZA but not being affiliated with Wu-Tang, and being a girl. People were like, “Who the fuck do you think you are? How dare you?” Even to a point where I wondered, would anyone from the Wu respect me? Then I met him one day on a speedboat.

A speedboat?
I had no idea. It was seriously like a movie. We pull up to the marina, and on the deck, there’s RZA in all of his RZA wonderment – I feel like he was even wearing a turtleneck. He had some crazy gigantic speakers and was just like, “How are you doing? Have a seat on my speedboat. Come on this ride.” We drove around, went past Malibu. It was so beautiful. And I’d never been on a speedboat in my life.

He talked about studio energy and what he thought the state of the world was, talked about movies. He played a bunch of beautiful sounds, we had some Coronas, and I played him some music from my album at the time, because I’ve gone through like four versions. But I never expected that he’d be down to do anything with me. I never expected to see him again after the day on the boat. For him to even show up another time, it was crazy. A couple days after that, he came to the studio.

What I love about him is his personality and voice, the different characters that he could become every single time. So I’m like, “OK, can I get some Bobby Digital, can I get classic RZA,” and he’s just like, boom, boom, in and out of each character. It was like watching schizophrenia and art and acting, all at once. 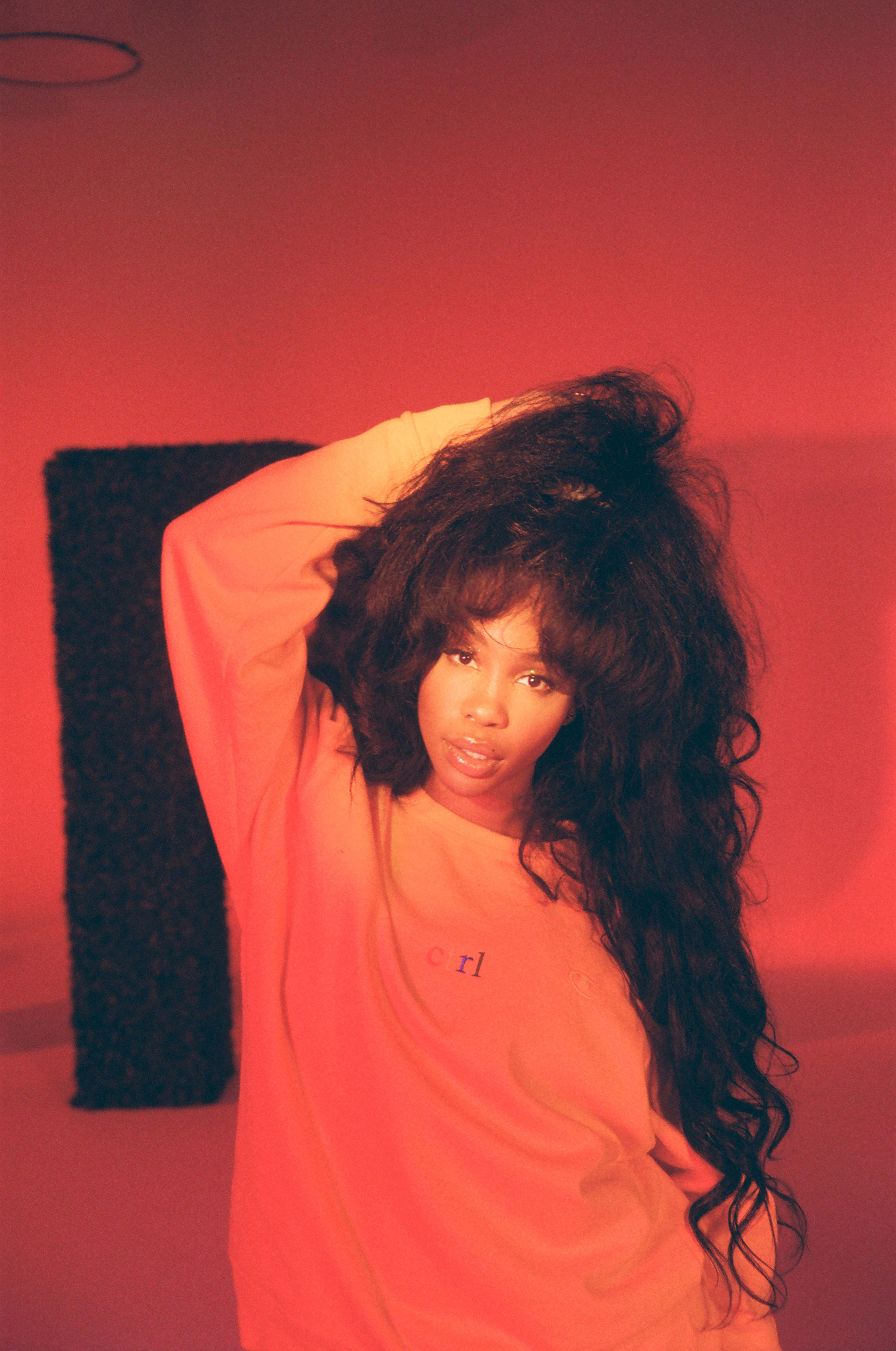 You’ve mentioned trying to make Ctrl more minimalist than your past work.
A year ago, my boyfriend was working in an office. His boss was super-douchey and was like, ‘Let’s see what your girlfriend is all about. Do you care about her? Let’s hear these tunes.’ I was a good sport, but I’d never heard my music out loud. I don’t listen to my music if I’m not making it. So I played “Babylon” to them, and when it came on, it was so low. I could barely hear myself. I didn’t feel all the energy I felt on stage with my band. I was like, Dang, there’s this disconnect between the way I feel and the way I sound. On stage, it’s like a cheat code to get into an honest place in your body, because you’re so nervous that your brain doesn’t have enough room to guide you. Your body leads you.

This time, I couldn’t figure out – what are the things that really made me feel free enough to try and experiment and get real? I realized … I had to get more involved in my sound. I had to just say what was on my mind, not find a way to hide it behind the boards. And the fact that I made this album with my best friends, they made these sounds that were different. They were infectious. They made me want to tell the truth, and I felt like it was safe to be honest around them. I just forgot that eventually, everybody else would have to hear everything. It was scary. I was really ashamed of my voice, ashamed of myself, so I didn’t want to hear myself clearly. But I decided to take down the reverb and be in the forefront. I think clutter comes from nerves. It doesn’t come from choice.

On this album you really come into your voice.
Once I started removing everything, I was like, “Oh shit, I’m not saying anything.” I had to stop singing and freestyle it. Even my microphone. I was using a U 87 before, which is super-bright, and I felt like it didn’t complement my voice – and you want to add a lot of reverb. Then we tried a C-800, which is what Kendrick and Travis Scott use. It’s a rapper’s mic, and I was always afraid to use a rapper’s mic, because I’m like, damn, it’s really up-front. But I kind of have a rapper’s voice. And it made me feel safe to explore the really conversational tone of my sound and my mind.

What was the process of making the album like?
We’d go in the studio and open up the hard drive, basically trying to decide, Is this good? Is this worth trying to make better? Let’s try to experiment. We’d be driving and listening to, What were the Top 40 in 1982? And we would Google it and are like, OK, interesting. What was the top 40 in 1940? Then we’d listen to synths. It was an analog process. They were just these guys unplugging and re-plugging in wires.

What else resonated with you?
I’d stopped listening to music in maybe 2010. I stopped downloading music, I stopped listening and looking for new music. I didn’t play any music on my own. It made me really sad, made me overthink. I started having a weird connection to music. With this album, I allowed myself to learn.

Listening to Alabama Shakes made me less self-conscious about my voice. When I sing full voice, I get nervous, because I get nasal and abrasive and a little scratchy. I’m not used to hearing myself that much, and I definitely don’t listen to myself after the song’s complete. When I hear [Brittany Howard], I think, Damn. You hear her voice out loud in front of everything. You’re not afraid of your texture or anything like that. Same with Amy Winehouse. There’s so much. Listening to Modest Mouse, listening to Tame Impala, listening to Brazilian jazz, listening to a lot of Wu-Tang, listening to old Jay Z, listening to The Chronic. 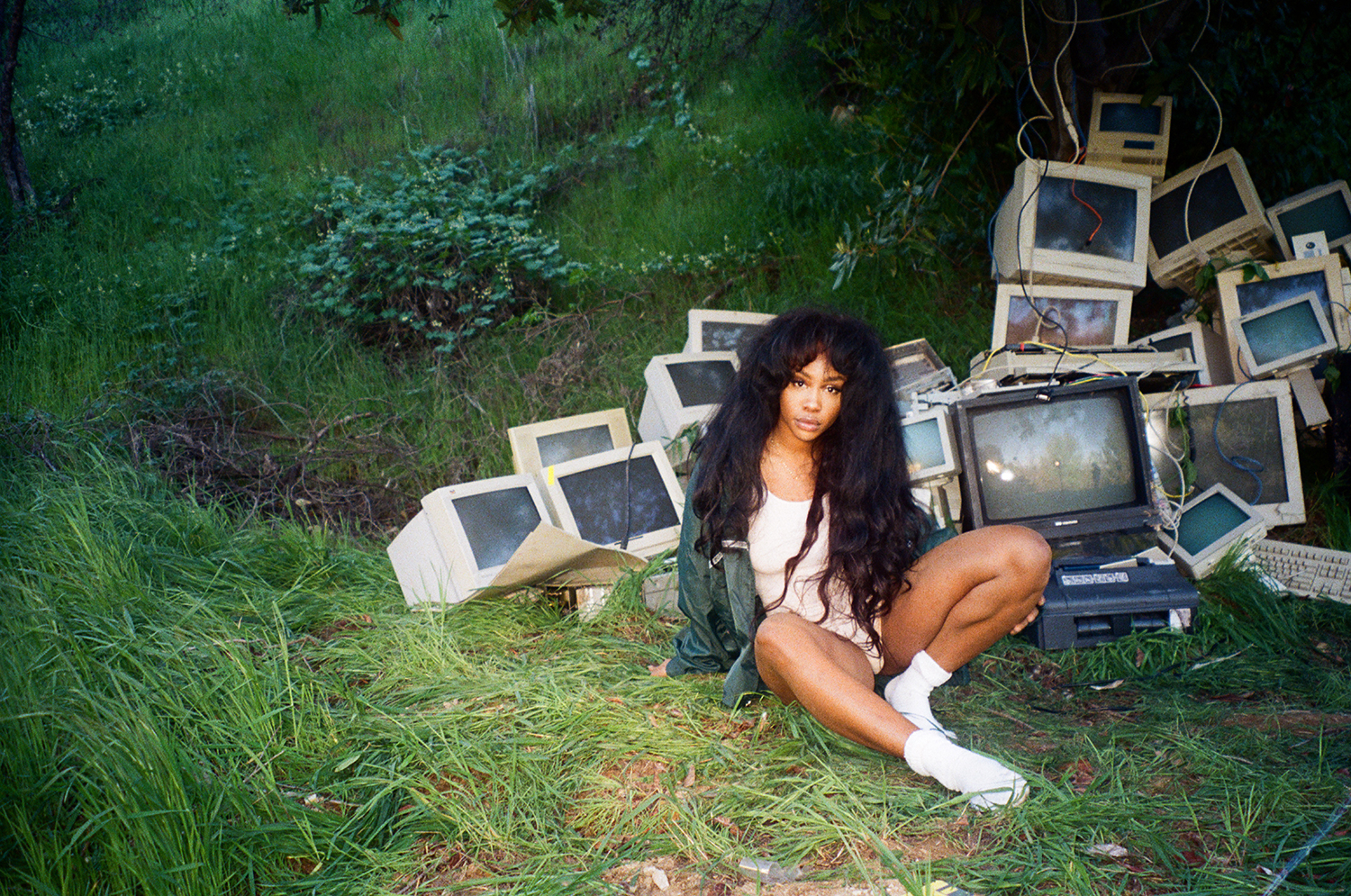 There’s kind of a running Nineties theme in tracks like “Drew Barrymore” or the Martin-referencing “Go Gina,” or the instrumental to “Prom” – was that something you’d leaned into?
We’re all kids from that time. Everybody’s in this mood right now, but we also wanted to express the way we felt. We love Limp Bizkit! [Laughs.] And fucking Gorillaz and Korn and sad teen movies. We spent a whole day listening to Nirvana and a whole bunch of slam metal and grunge.

What drew you to Drew Barrymore in particular?
She was really weird and quirky when she came out. Her teeth – I had braces for most of my life, and I still fucked my teeth up after that somehow, not wearing my retainer. I was just always very self-conscious about that, not being smooth, not being cool enough. In every movie she played, she was always the oddball. Even in Charlie’s Angels, she was the one that was out of control. I related to Josie Grossie from Never Been Kissed. I related to the fact that Drew came out among all these model-esque, aristocratic white women that were super-beautiful, but very typical. We expect Michelle Pfeiffer, we expect Julianne Moore. But [Drew] just came through, and she was gorgeous and radiant and funny and honest. And when I heard that beat, it made me think of Poison Ivy, when she was all dark and she had her hair over her eyes, she was fucking up families and being weird, but she really just wanted to be loved. She was lashing out because she was lonely and pissed that her life was like this. I felt that.

What’s your favorite track off the album, and what draws you to it?
My personal favorite is “Supermodel,” just because it was the easiest to record.

How so?
Normally I’ll record in drafts, record one draft all the way down, and I’ll listen back and go in and rephrase it. But “Supermodel” was different. Normally if I hear a beat, I hear an idea unfold. I see where it could go. But when I heard “Supermodel,” I couldn’t even imagine what the song would sound like. I just wanted. I just wanted to sing. I wanted to think.

The Valentine’s Day line, for instance. That is something that will not get lost.
My ex-boyfriend [and subject of the song] texted me today. I was wondering if he was going to ever get back in touch. He literally just texted me today for the first time and said, “I’m still going to the show!” [Laughs.]

Were you worried about how the album would be received?
Definitely. That’s where [Top Dawg’s] Punch comes in. When I get nervous about telling the truth or being honest, he tells me to just do it anyway. I was low-key really mad when I recorded [“Supermodel”]. I wanted it to be in the world tomorrow, and I wanted [my ex-boyfriend] to hear it. Now I’m not mad, I’m just like, Damn, I wish I didn’t go so hard on him. I don’t want to hurt his feelings. But also, I did feel this.