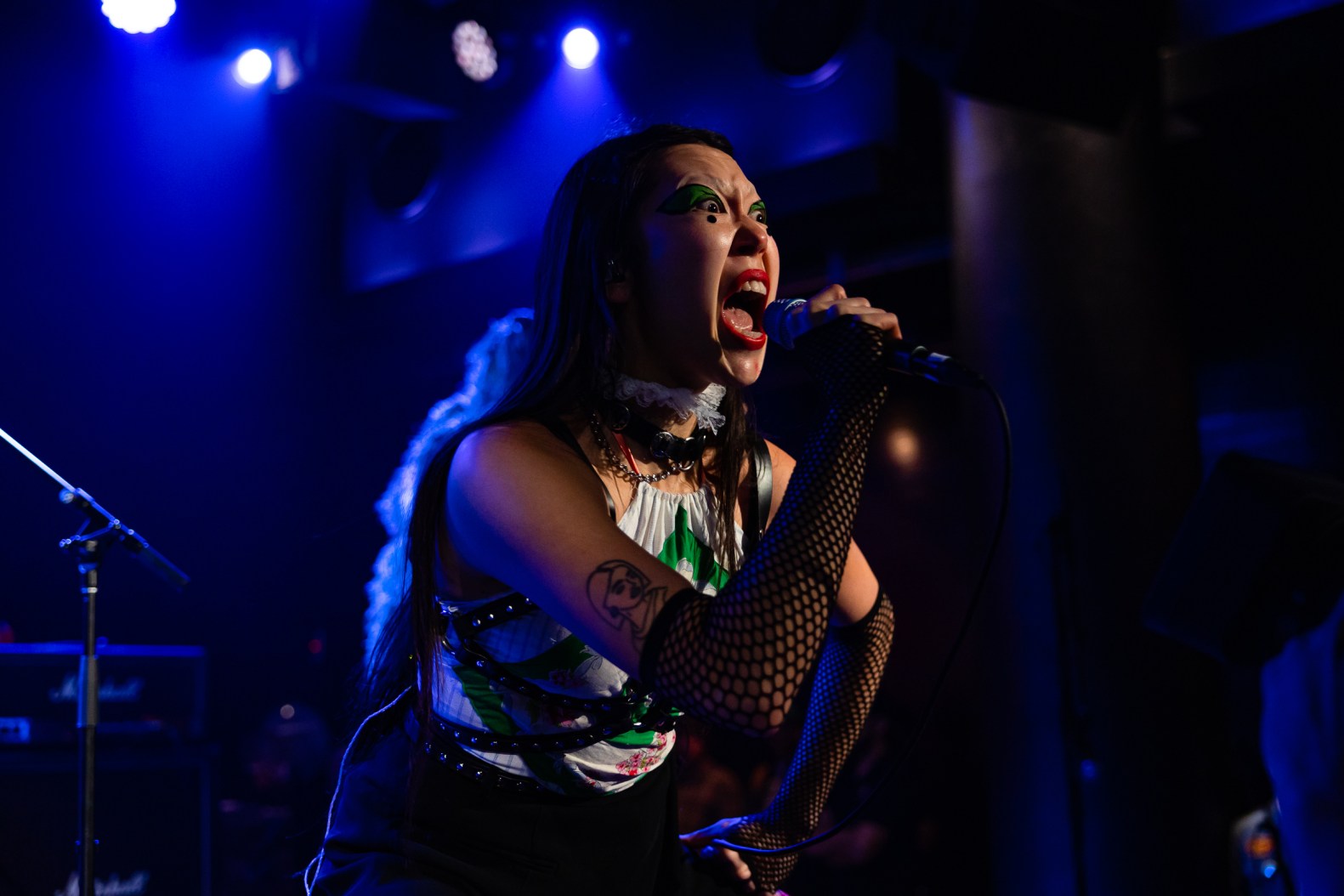 Despite staring down a two-plus-year pandemic, the very real possibility of WWIII, and the Great State of Texas’s bullshit attempts to roll back the rights of women and the LGBTQ community to the dark ages, Rolling Stone has made it to South by Southwest.

And we’re damn glad to be here.

After the past two editions were scrapped or moved online due to the Covid-19 health crisis, the very fact that SXSW 2022 — and specifically its music-festival component — is happening in Austin, in clubs, and in person is reason to celebrate. (Full disclosure: In 2021, Rolling Stone’s parent company, P-MRC, acquired a 50 percent stake in the SXSW festival.)

But the crowds were yet to fully descend upon the city’s downtown district on Tuesday afternoon, and the festivalgoers that were milling about on Red River Street gave off a subdued vibe, as if everyone were trying to remember exactly how to do this SXSW thing. It’s supposed to be fun, yeah?

Fuck, yeah. Muscle memory took over when the sun began to set and fans queued up at venues all around Austin. For Sunflower Bean at Pershing in East Austin. For Glove at Cheer Up Charlie’s on Red River. And at 310 W. Willie Nelson Blvd. for Rolling Stone’s own Twitch showcase with Sasami and headliner Paris Jackson.

We’re off and running …

On a lineup that featured Ashanti as a headliner, They Hate Change were the ones to beat at SXSW 2022’s official Music Opening Party at Empire Control Room. The experimental hip-hop duo of Dre and Vonne — they call Tampa home but are students of London culture — wore matching jumpsuits and rapped about a Porsche 944 with a “low odo only read four digits” in the track “1000 Horses.” “When the needle drop, where you wanna be?” they demanded. The only right answer: listening to this fit new team.

Like They Hate Change, Glove is also from Tampa, and watching their space-age set at Cheer Up Charlie’s, it was easy to see why Jack White chose them to open dates on his upcoming tour. The four-piece are otherworldly, thanks to an array of synths and effects that supplement not distract from the core guitar, bass, and drums. Remember being a kid and wondering what music might sound like in the future? It sounds like Glove.

The Holy House of Cassandra Jenkins

Cassandra Jenkins kicked off her set just before midnight, standing inside a 19th-century church in a purple velvet blazer. “You wouldn’t know this, but we spared you a 35-minute version of that last song,” the singer-songwriter told the crowd of “Hard Drive,” the dazzling highlight of her recent album An Overview on Phenomenal Nature. Everything about Jenkins evokes New York cool — her band has not one but two saxophonists — and she’s able to thread her meticulous, devastatingly great songs with witty commentary in between. “I feel a little self-conscious here saying y’all,” she admitted, shortly before asking the Texas audience if they were hydrated. The sanctuary set at St. David’s Episcopal Church was too brief, but thankfully Jenkins will be playing other shows this week. If we’re lucky, we’ll get a lengthy “Hard Drive.”

We’re only one day into this marathon and the frontrunner for Best New Band Name just has to be this trio from Los Angeles. According to bassist and vocalist Sammy Westervelt, Egg Drop Soup are an “inyourface, unapologetic, all-womxn punk trio.” We’d offer they’re also like the Runaways on bath salts. In the tight confines of the Chess Club, the band banged out catchy songs that were big on riffs and drums, like brand-new single “Regicide.” Fans ate it up too. By show’s end, they were chanting the group’s name.

Sasami decimated Night One of the RS Twitch showcase, delivering her ultra-cool brand of melodic metal and indie pop to a rabid audience. With her band all wearing ghillie suits — were this an outdoor nature show, they’d have disappeared into the bushes like that Homer Simpson gif — and Sasami in Harajuku schoolgirl couture, the ensemble plowed through songs off her new album Squeeze; they tossed in a cover of System of a Down’s “Toxicity” too. But Sasami’s presence stole the show just as much as the heavy riffage: whether she was growling at the crowd or leaping into her camouflaged bandmates, Sasami demanded your attention.

The theatrical Scottish band played with fluid sounds and gender roles during a dramatic set at Cheer Up Charlie’s. Singer James Potter sang in full operatic splendor to open the performance, but in the second song, the group was pounding out fast and furious rock. It’s that blending of the punk with the elegant that made Walt Disco’s set so magnetic, so hot. Hot enough to thaw out their namesake’s frozen head.