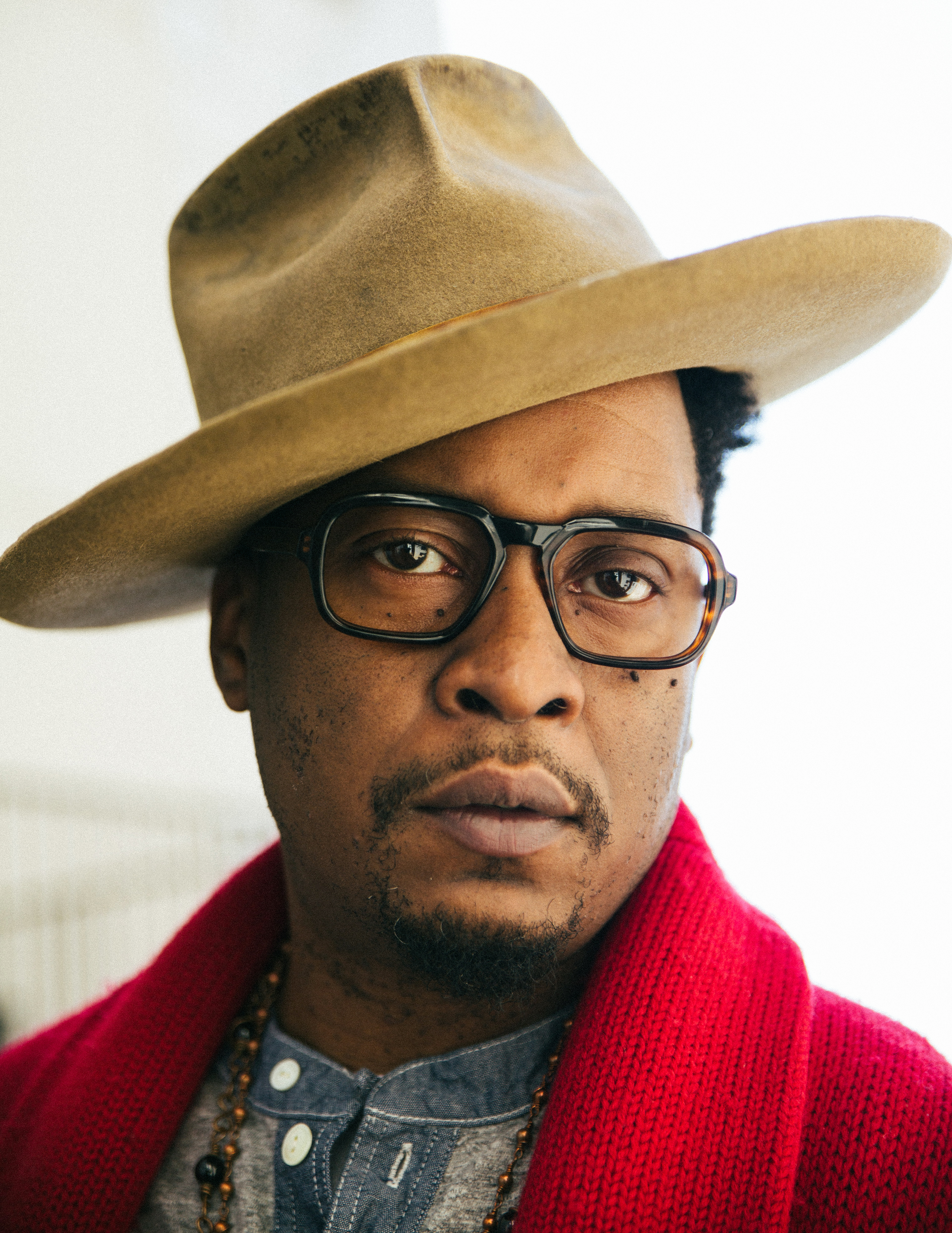 Chris Dave has drummed on some of the most popular and most acclaimed albums of the past decade, including Adele’s 21 and D’Angelo’s Black Messiah. But instrumental prowess rarely comes with the same cultural clout as singing, producing or even composing. “If you play drums, that’s what people look at you as – just the drummer,” Dave says. “I don’t want to be everyone’s drummer until I die. I want to have some kind of statement. It was always a matter of figuring out how, when, where.”

After recording for years, in between tours and session work, with like-minded instrumentalists and singers – including players and the recording engineer from Black Messiah, 2016 breakout star Anderson. Paak, and veteran R&B acts Bilal, Tweet and Mint Condition singer Stokley Williams – the 44-year-old artist finally has his manifesto: Chris Dave and the Drumhedz, an elegant romp through lurching funk, slow-burning soul, throwback hip-hop and fleet Afrobeat.

The range of styles reflects Dave’s 25-year–plus career, during which he has recorded with or played behind most of the great musicians in modern R&B, along with many in rap, gospel and jazz. He took up drums and piano in church as a child and continued his studies at Houston’s High School for the Performing and Visual Arts, the same institution that nurtured Beyoncé and the jazz pianist Robert Glasper. By the time he was a student at Howard University in Washington, D.C., Dave was touring with Daniel Winans, a member of one of gospel’s royal families. During Dave’s sophomore year, he auditioned for the Minneapolis funk band Mint Condition and landed a gig as the group’s touring drummer.

100 Greatest Drummers of All Time

Dave has maintained a hectic schedule ever since, working with Mary J. Blige, Erykah Badu, Meshell Ndegeocello, Glasper, Ed Sheeran and others. Along the way, he’s impressed more than his fair share of musical luminaries. Speaking with Rolling Stone in 2016, Maxwell credited Dave for introducing him to the musicians who played on the Grammy-winning BLACKsummers’night, which featured Dave on percussion and fellow Drumhed Keyon Harrold on trumpet. “At that very fragile, delicate time in my career, who knew what was going to happen, if [my music] was going to be relevant to people or not?” the singer added. “Those guys made it relevant.”

Other members of Dave’s fan club include Rick Rubin, who convinced him to become the studio drummer at Shangri La Studios, and Don Was, who signed Dave to Blue Note Records. Rubin asked to meet with Dave after seeing him play behind Mos Def on The Late Show With David Letterman. “His understanding of groove, feel and emotion is unparalleled,” says Rubin, who has produced everything from early Def Jam singles to Slayer albums and Adele cuts. Like Rubin, Was caught Dave live – playing with Glasper around the time the two men were working on Black Radio – and was enthralled. “He totally fucked me up,” says Was, a veteran bassist and producer. “There’s an incredible originality and sophistication to where he chooses to play and where he chooses to leave space. It’s like a fingerprint – there’s no one who approaches drums like he does.”

But originals don’t always have the opportunity to be original, which is part of why Dave felt compelled to carve out space for Chris Dave and the Drumhedz. This is his personal playground, where lustrous R&B ballads like “Cosmic Intercourse,” which features vocals from Stokley Williams, sit next to the head-nod workout “Destiny n Stereo” and “Atlanta, Texas,” a spoken-word treatise on the power of rhythm. “Job Well Done,” a duet between rising singers Anna Wise and SiR, reaches towards swooning late Seventies cuts like Delegation’s “Oh Honey”; it’s almost washed away by the next song, a hard-jab number titled “Lady Jane.”

Dave used multiple drum sets while recording “Lady Jane,” one of several strategies he employed on Chris Dave and the Drumhedz to keep the sound of the percussion alluringly off-kilter. “It was supposed to be a jazz album,” he says, “but I was like, I’m not even gonna have a jazz drum set on this record.” He advises listeners to return to the record “more than once, so you can hear the little things with the drums you didn’t hear the first time”: the introduction of a rifle-shot snare – Dave is a snare-drum collector and famous for using snares where another drummer might use tom-toms – and fine mist of cymbals that split up “Sensitive Granite,” or the distinctive, hissing smack that guides the listener through all the heroic riffing in “Lady Jane.”

Everything on the album was done live, which still surprises Was. “The way he is able to emulate the jagged J Dilla beats – humans aren’t supposed to play that stuff,” the Blue Note boss says. “I couldn’t believe it wasn’t a loop.”

Dave sees the album as an antidote to the stifling risk aversion that characterizes some major-label projects. “Artists wants to do stuff that maybe the label doesn’t want them to try,” he explains. “‘Would they ever let you sing something like this on your project?’ Most artists are like, ‘Fuck, no.’ We’re like, ‘Let’s do that one.'” Take “Spread Her Wings,” another rippling duet between Bilal and Tweet. “There’s no smooth Marvin Gaye, Tammi Terrell–type shit [today],” Dave says. “I always wanted a song with Bilal and Tweet; I just wanted to do it our way.”

“The project was to show that drummers can write, produce and arrange,” Dave continues. “It’s for all the unsung musicians: You can do whatever the fuck you want to.”