The category is good vibes. With the western hemisphere’s hottest months approaching, some scorching hits are prime for club rotations, road trip playlists, or simply a soundtrack to your summer love. Take Spain’s Quevedo and Sweden’s Natalie Noor, who bring the party with late-night bops; while Nigerian singer Ayra Starr and U.S. artist Zach Bryan slow it down with singles perfect for warm sunsets.

Spotify’s RADAR program is a collection of artists and songwriters worldwide bringing a little something for everyone, whether you need hope or healing. There’s something to awaken your spirit or sing you to sweet dreams. No matter where you land on this list of emerging artists to listen to, you’ll find a track to play on repeat this season. 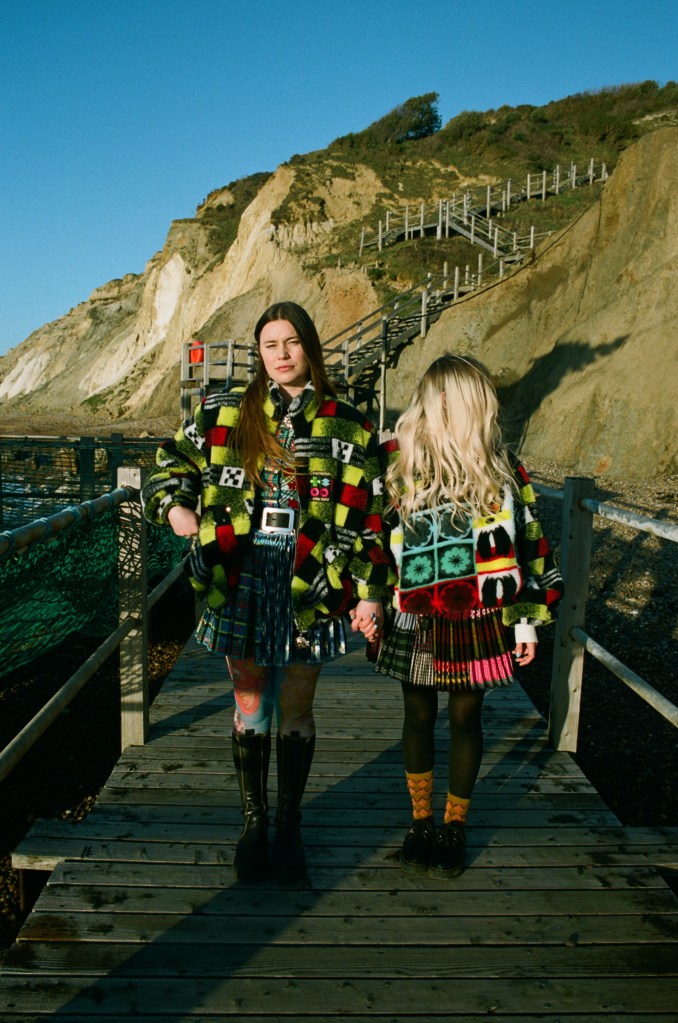 It isn’t a coincidence if you get nostalgic listening to Wet Leg. Rhian Tisdale and Hester Chambers adopted a style inspired by early aughts indies and garage pop. The English duo has a bold, unfiltered approach to the lyrics on their latest release “Wet Dream.” A lead single from their eponymous chart-topping album, the track winks at an ex who touches himself on the side of the road, licks a windshield, and other uncensored acts, all encapsulated in a mischievous beat reminiscent of Metric and the Yeah Yeah Yeahs.

We dare you to stand still while you listen to the opening chords of “Beggie, Beggie.” Off Ayra Starr’s debut album 19 and Dangerous, the single is a melancholy Afropop ballad full of longing for love. CKay, a fellow Nigerian singer, lends his vocals to balance out her POV. It’s emblematic of the rest of the soulfully warm sound that has the model-turned-singer, born Oyinkansola Sarah Aderibigbe, poised to become an international crossover star and she’s already staked her claim in the US following a recent tour with Koffee. 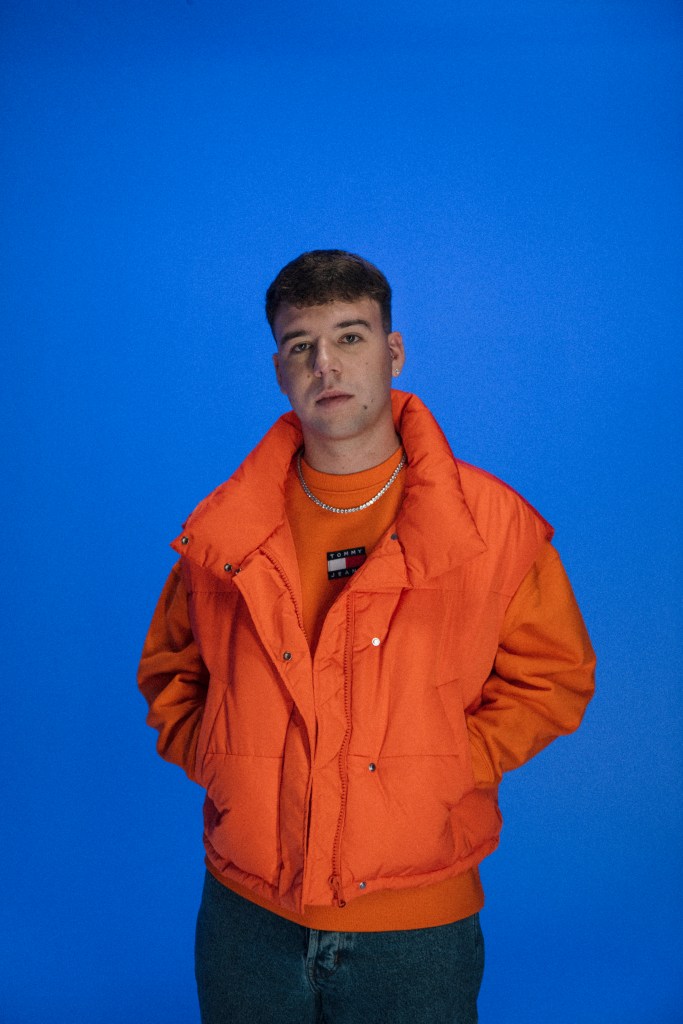 Hailing from Spain, Quevedo is breaking out globally with reggaeton hits like “Si Quieren Fronterar,” alongside frequent collaborators Duki and De La Ghetto. “Cayo La Noche Remix” features a heavy-hitting supergroup, including La Pantera,Juseph, Bejo, Cruz Cafuné, Abhir and EL IMA. Now back with “Chamaquita,”Quevedo reconnected with Juseph for a more contemplative track about a girl coming of age and losing her way. While the sound stays consistent with his previous releases, “Chamaquita” brings in flamenco guitar and percussion, giving the single a moody, Spanish night flair. 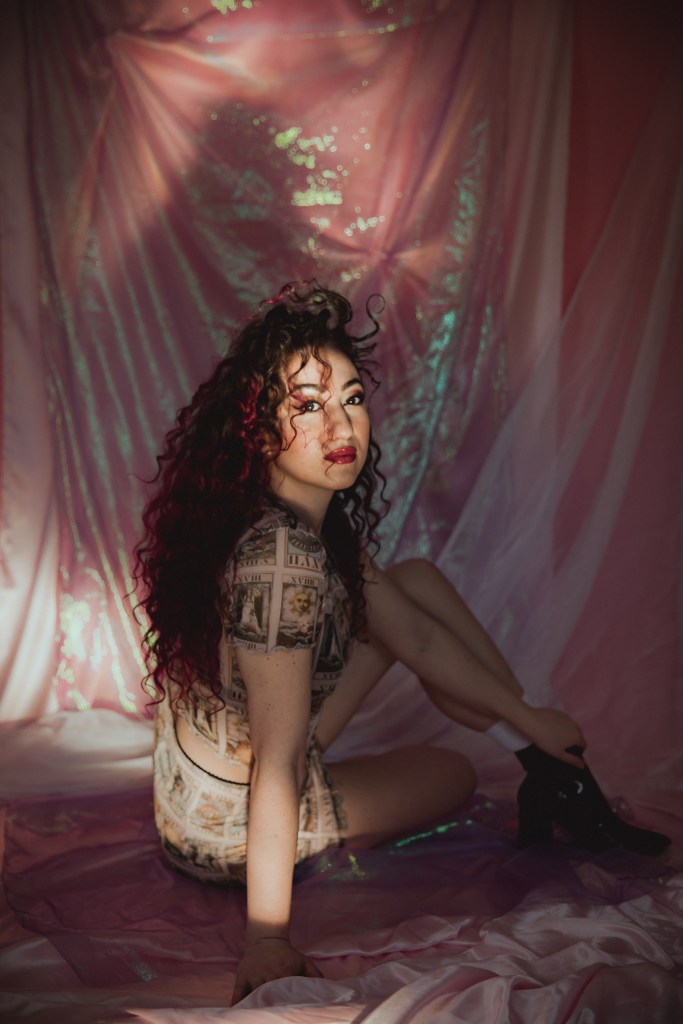 Songwriter Natali Noor brings it all—including the party. At only nine years old, the multi hyphenate creator was making beats on her computer. Since, she’s flexed her songwriting chops to create hits for everyone from VERITE to XOV and Laleh. Now in her mid-20s, the composer, producer, artist, and songwriter packages her production  skills with her pen game to deliver her latest pop single “Policeman.” On track with past releases, it’s an anthem prime for club remixes, one you’ll undoubtedly hear on repeat this summer. 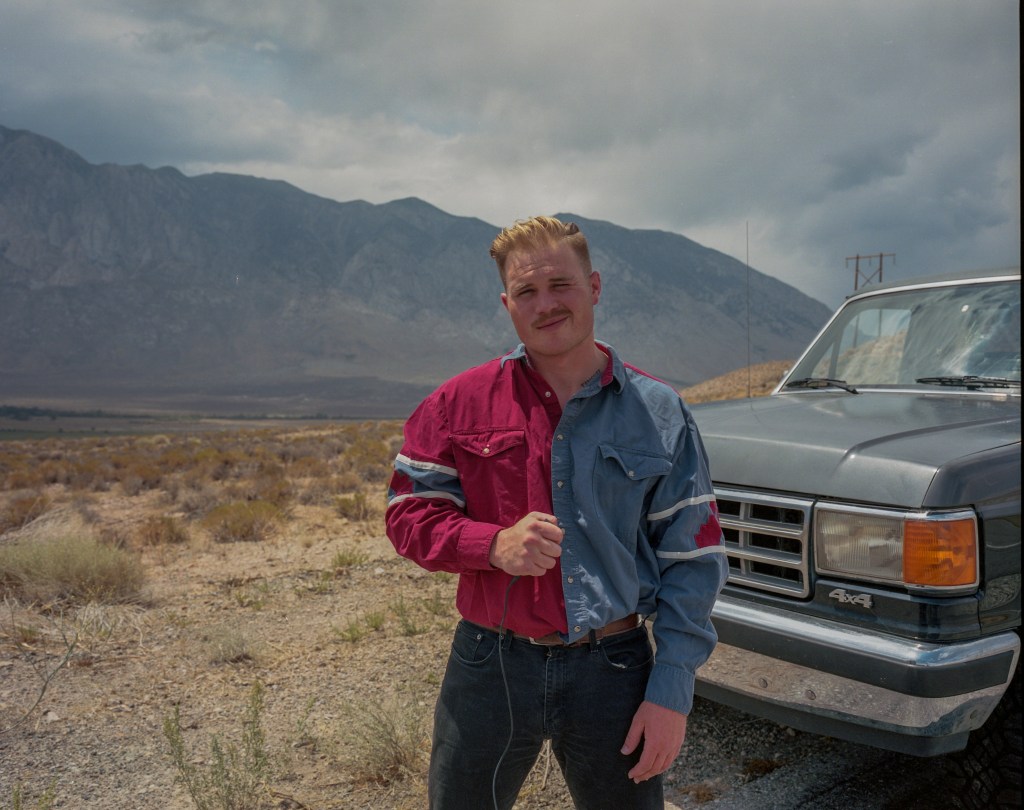 If you didn’t like country music before, you do now. Zach Bryan’s here to ease you into it with a heartbreaking single full of the genre’s signature soul, stripped down to only an acoustic guitar and a harmonica. It’s a hit that catapulted the small-town singer from Oklahoma to No. 1 on Billboard’s Emerging Artist chart, making him the top emerging act from the U.S. for the first time, and deservedly so. With love-letter lyrics so relatable, it’s hard not to find something to connect with on his latest single, “Something in the Orange.” 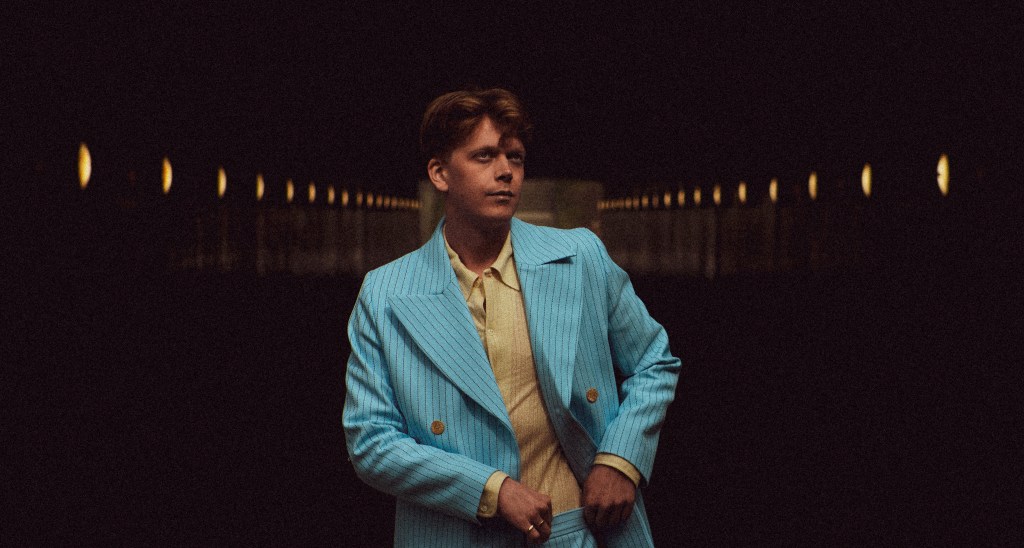 When you hear Swedish artist Augustine describe “Prom,” his bittersweet sound makes perfect sense. “Prom,” in all its 2019 LA-inspired sunniness, is tempered by his pandemic experience back in dreary Stockholm. As the lyrics explore significant change, the bedroom pop single still leaves you hopeful, as does the rest of his 2021 debut album, Weeks Above the Earth. Chalk it up to the melodies’ dreaminess or the light touches of his lyrics; there’s a catharsis in listening to Augustine croon. 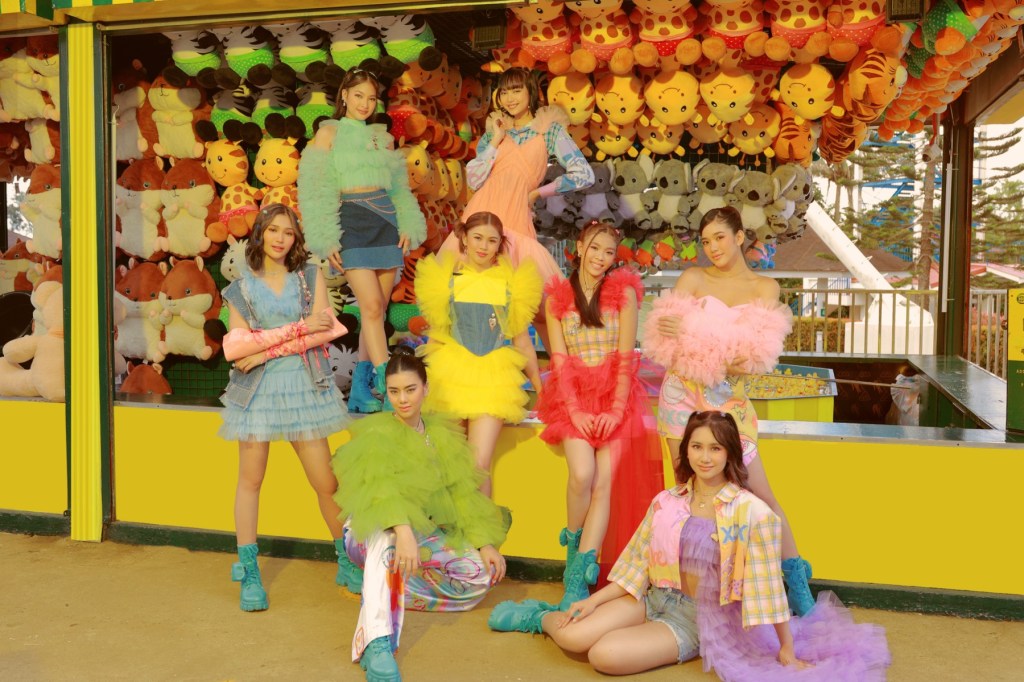 The eight-member Filipina pop group (Aiah, Colet, Maloi, Gwen, Stacey, Mikha, Jhoanna, and Sheena) have a loud, vibrant, sugar-coated vibe that is only second to their commanding, ear-grabbing style. Just look at the visuals for “Pit A Pat”: fluff, frills, and candy-colored dresses at a sunny amusement park. Fitting, as “Pit a Pat” itself is a summer anthem brimming with attitude and optimism that sees the group confidently singing about empowerment, respect, and ambition. They’re here, and they won’t let you forget it.

Suki Waterhouse’s Evolution From the Runway to the Recording Studio 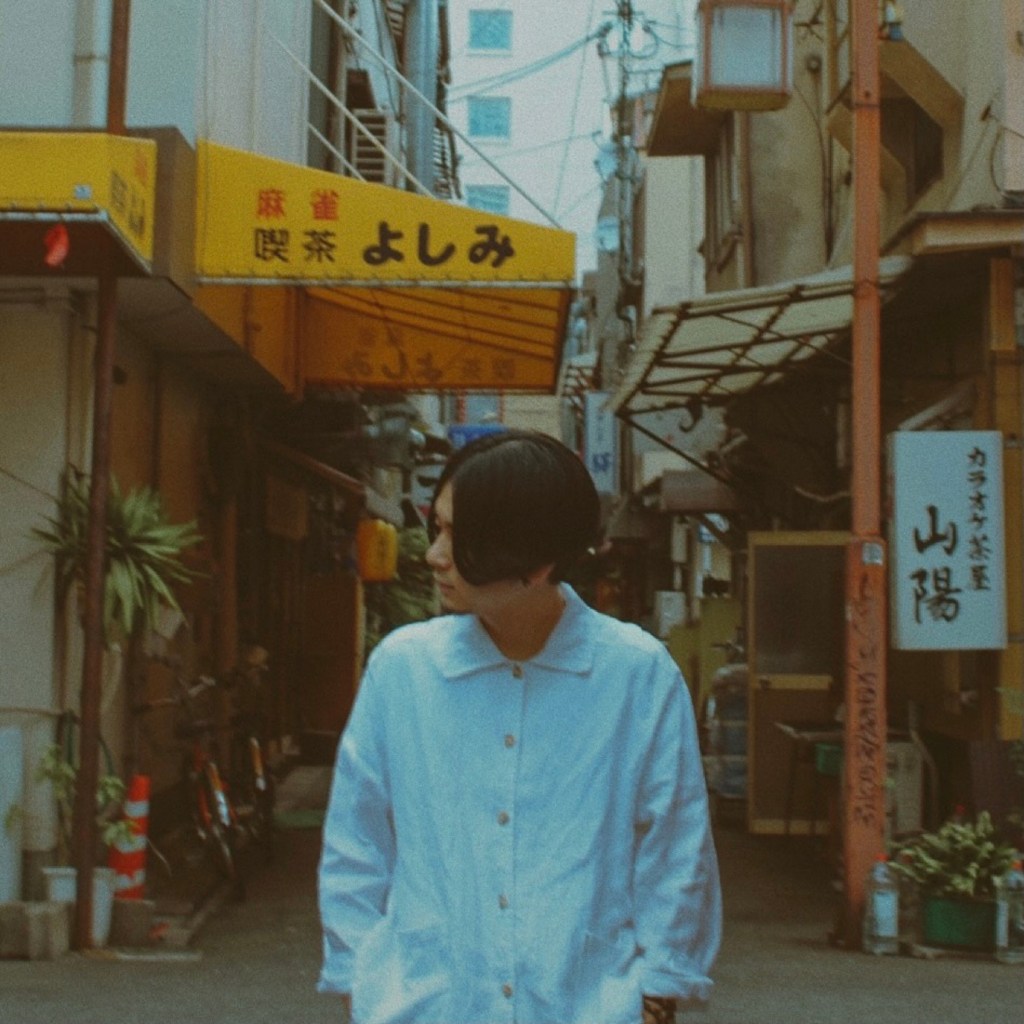 Imagine yourself driving under the Tokyo neon lights, the glow masking the night sky’s stars, as your dreams drift away. That’s what tonun invites you to picture with his single, “東京cruisin,'” a standout record on his 2021 E.P., tonun 3. In the track, the Japanese solo artist plucks on his lead guitar as he breathes life into the j-pop/R&B bop that captures the essence of all your cares melting away. Like all of tonun’s songs, there’s a timeless softness to his musical style that makes him feel like a familiar soul. 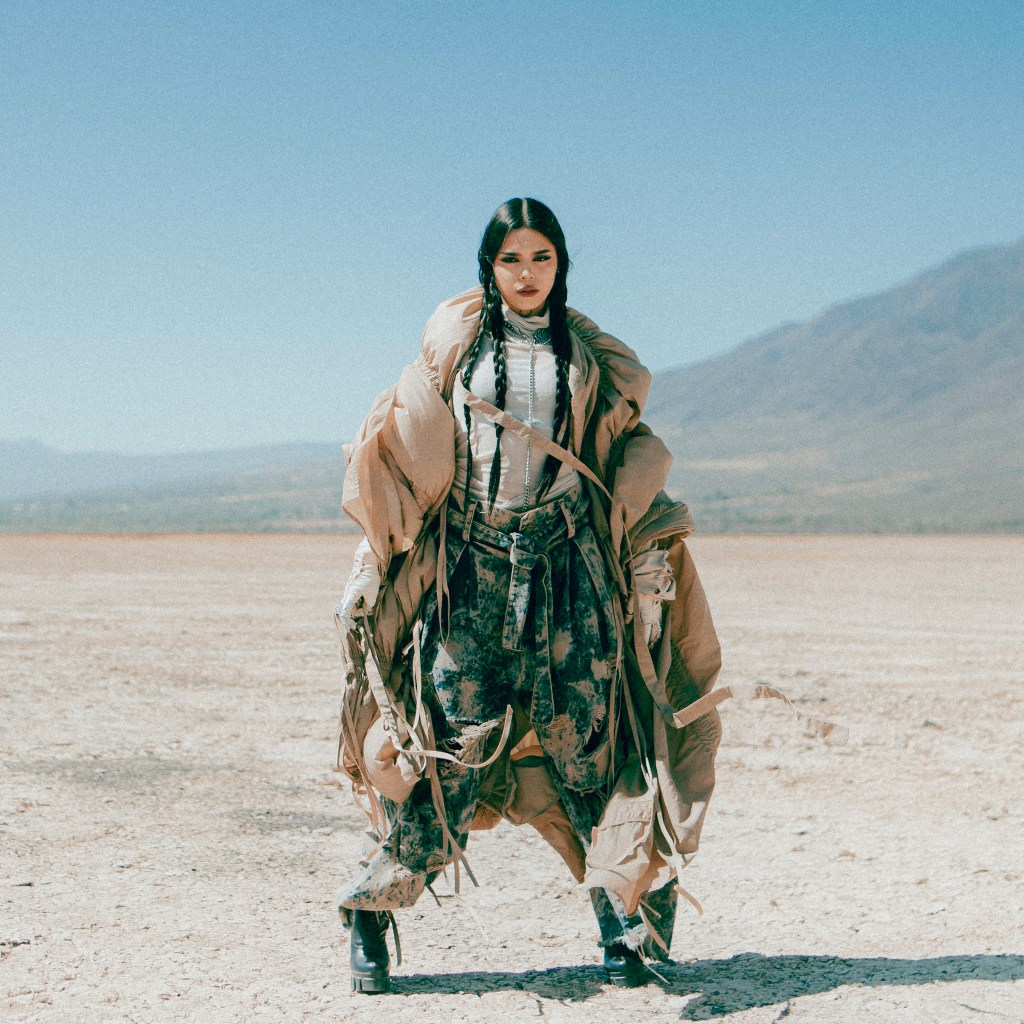 Ingratax is the moment. The 22-year-old Mexican singer doesn’t just have the pop style of a global star, but the presence and personality to match. With over four million followers on Instagram and over 14 million on TikTok, Ingratax’s approachable personality–she posts everything from makeup tutorials to teasers of her songs–complements the accessibility of her music. Take a listen to “APAGAITA,” which roughly translates to “switched off,” her first single since “Paris,” her viral debut in 2021. Both have a melancholy melody that’s undeniably infectious and gives her a consistent signature sound she truly owns. 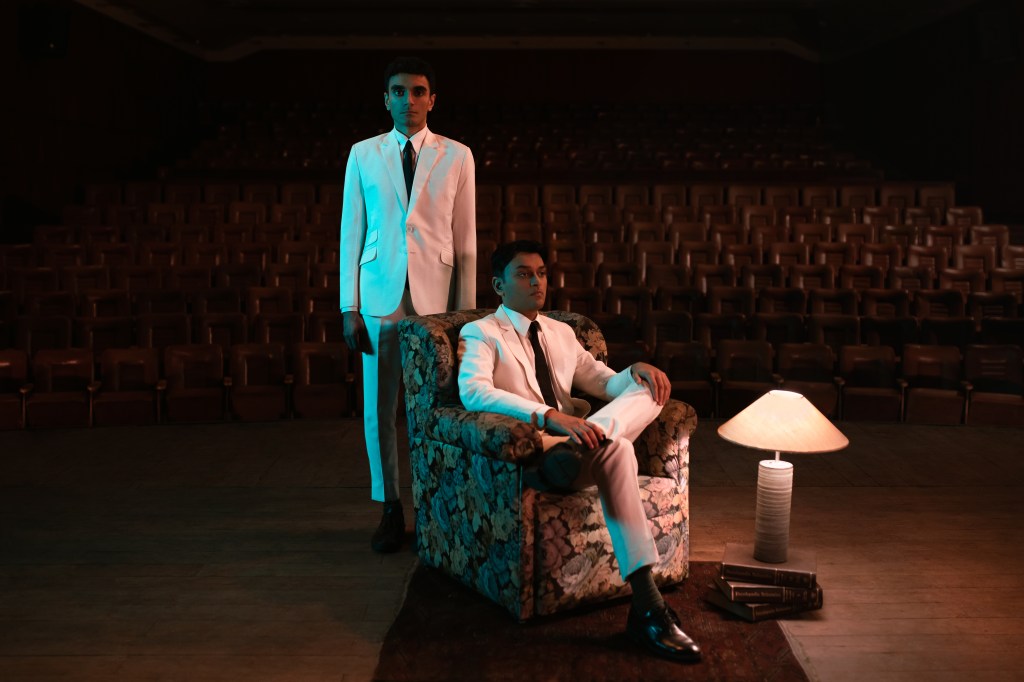 Need a song to soundtrack your morning walk around the city? Hit play on “Sleepyhead.” The track’s description says it’s “an ode to a lifetime of procrastination.” The Kolkata dream pop duo whose vintage and symmetrical aesthetic will remind you of Wes Anderson stills. Everything about them has classic ’70s touches. Even their stage name pulls inspiration from Simon & Garfunkel and Hall & Oates. This thoughtful nod to music history makes sense when you learn that both had affluent musical upbringings. Parekh, a student of Berklee, and Singh, the child of singers and performers, come through in the modern, sonic spins they put on the classic style.