How Do You Get a Hit Song? Spotify Says to Pitch It - Rolling Stone

On any given day, according to Spotify’s CEO Daniel Ek, around 40,000 new tracks are uploaded to the music-streaming service — be it from major labels, independent outlets, unknown new artists going the DIY route, or a madcap mix of all. The deluge drives artists to try anything to make their songs stand out, from enacting social media gimmicks to hounding the individual curators of popular playlists.

But for the past year and a half, Spotify has attempted to democratize the process by encouraging artists and managers to submit soon-to-be-released music via one digital form, which asks questions about new tracks’ genres, moods, and other characteristics. It then funnels the pitches to editorial staff based on artist-provided metadata. The pool of unsolicited playlist submissions is akin to a publishing-house slush pile — only with many more editors (and better-paid ones, at that) going through the amateur works. Spotify says that since its original beta launch of New Music Submissions in July 2018, 72,379 artists have been added to playlists for the first time, and musicians have submitted songs in 171 languages.

Who's Zoomin' Who? Songwriters Try Remote Collaboration in the Social Distancing Era

'Rolling Stone' and Elysian Brewing Launch a New Lager Together

The new system offers something of a relief for Spotify’s dozens of editors in local music scenes around the world who curate the company’s powerful hitmaking playlists. “Before this, it was kind of all just coming at you from everywhere — our label partners, blogs, emails, everything kind of disjointed — and this just let us have direct communication with artists,” Meg Tarquinio, Spotify’s head of curation strategy, tells Rolling Stone. “We have so much more access than we’ve ever had before.”

Around 20 percent of the tracks that have been pitched through the tool have been accepted into at least one playlist, the company says. Artists who’ve rocketed up from the submission tool include melodic indie singer Conner Youngblood, who’s appeared in 50 major playlists in the past year, and R&B-pop musician Alaina Castillo, who came through the submissions as an unknown and recently passed 500,000 monthly listeners. While the tool is geared toward under-the-radar artists who don’t have the resources to market themselves, Tarquinio says, some label-signed musicians have also been accepted through the tool if their songs prove a good fit.

Artists pitch their upcoming releases via a form inside Spotify for Artists, the company’s creator portal, and describe the songs in as much detail as they want. If a member of Spotify’s editorial team plucks their track for a playlist, the artist gets a notification — and can track the progress of that song as it racks up streams or gets bumped to a bigger playlist. “We ask for genres, moods, instrumentation, artist location; we have some free text where we ask for the story behind the song,” Tarquinio says. “Our research found that people were worried that the more information they gave, the more pigeonholed they might be, but it’s the opposite. The more information artists give, the more ways we can have these through lines and put music in the ecosystem in different ways.”

“A&R feels more about personal taste, while what our editors do is more about understanding audiences and catering toward them.” — Meg Tarquinio, Spotify’s head of curation strategy

While some in the music industry hold suspicions that Spotify may be encroaching on the territory of traditional label A&R departments, Tarquinio says Spotify’s curation team doesn’t think of it that way. “The whole concept of A&R — it’s such a different framework in streaming,” Tarquinio says. “An editor at Spotify is really fluent in their genre, their format, and that entails knowing our audiences on the platform and what they like and listen to. A&R feels more about personal taste, while what our editors do is more about understanding audiences and catering toward them.” 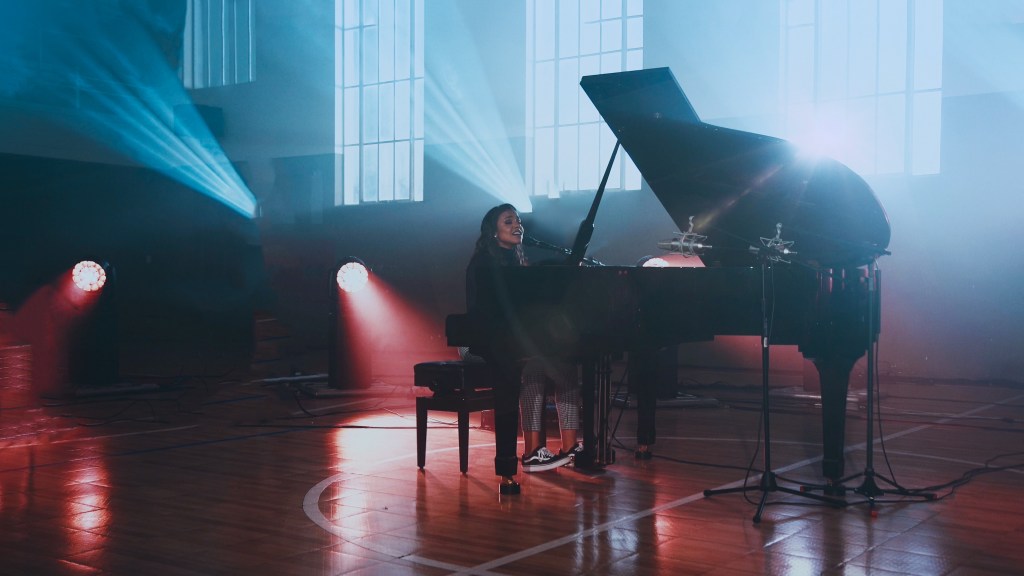 But Spotify didn’t introduce its pitch system in a vacuum. It’s one of a number of artist-facing offerings — including master classes, deep analytics reports, and a talent incubation program — that make up the artist-facing side of Spotify’s two-sided marketplace. For the past few years, Spotify’s public messaging has centered on getting “1 million artists to make a living from music streaming,” though it’s not clear how close the company is to that target; the service has also drawn criticism for claiming a philosophically artist-centric approach while dedicating most of its resources elsewhere.

Toward the end of 2019, Spotify introduced a new monetization effort in Marquee, an advertising program that allows labels to pay for pop-up ads prompting users to stream a certain album, with a suggested minimum spend of $5,000 per campaign. Some in the industry have voiced discomfort with what they see as a pay-for-play effort. “If you give the majors a chance to put their thumb on the scale with advertising dollars … what exactly are you trying to accomplish?” Allen Kovak, CEO of indie-rock label Better Nose Music said to Rolling Stone last December.

Spotify, which has been pitching Marquee to labels as a tool that can “drive incremental streams,” seems to see the programs under its Spotify for Artists umbrella as a counterbalance to — or at least an entirely separate venture from — its paid partnerships. “We want to make something crystal clear: No one can pay to be added to one of Spotify’s editorial playlists,” the company said in July 2018, when it announced the playlist submission feature.

Tarquinio says her team right now is focused on making the feature more nimble for artists of all styles and backgrounds. “The overwhelming reaction to our playlist-submission tool has been excitement,” she says. “It democratizes and makes communication direct and open. And we are taking a lot of the artists’ and teams’ feedback about the tool — what details we should be asking for, for example — and investing in communicating more with them.”

Playlist successes are also yielding odd lessons for musicians. Julia Vitória, a Brazilian artist who started putting out worship music predominantly in Portuguese two years ago, broke into the U.S. market when a self-submitted song of hers was featured on Spotify’s New Music Friday Christian playlist. Her unexpected popularity with American listeners made her reconsider the approach to her music, and she moved from a Brazil-specific career to a global strategy.

“The one for me that made me go ‘Whoa!’ was [the playlist] Worship Now,” Vitória tells Rolling Stone. “My base, my following, everything has been mostly in Brazil. So I didn’t expect one of my songs to get into a Christian playlist. I realized, I should invest more in writing in English and Spanish as well. I want to not just translate, but start writing original songs in other languages. And on my personal YouTube account, where I post covers, I started working with a team to record new videos, and more than half of them have been in English.”

Recently, a stranger in Idaho reached out to Vitória on Instagram to tell her that she will walk to Vitória’s song “Your Waters” at her upcoming wedding. “I have never even been to Idaho,” Vitória says. “She was like, ‘Can you make it?’ I would’ve [already] been surprised if it were someone who was Brazilian, but this was a 100-percent American woman who heard my song from her church. I did not think I’d ever get into American Christian culture this way.”

Another artist who’s shot up through Spotify’s playlist machine is Jacob Sullenger, who releases music via the moniker Jawny (formerly Johnny Utah). After having his songs selected for playlists like Fresh Finds, which algorithmically curates the picks of anonymous tastemakers, and Ultimate Indie, which has more than 2 million followers, Sullenger found himself gaining traction in 2019 faster than ever before. He signed with Interscope Records earlier this year.

“It felt at first like playlists were a secret society of secret people running the world, before I was invited to Spotify to learn about how the teams behind the playlists actually work,” he says. “It’s clear the company really wants to help grow artists. But I do think it’s super lame when artists go into a studio and create music with the mindset of ‘Oh, man, I’m going to make a song that’s really good for Bedroom Pop or some other playlist,’ because you would be building a foundation for your house on lies.”

“It’s beautiful that people can get a jump-start in their career, but really grinding for a year can build so much character, and there are people now just blowing up on their first song. … I love it, but it’s a really weird world.” — recording artist Jawny

The one sore spot has been the external assumption that Sullenger’s first hit was his first effort. “Everybody thinks I just had my one song get on a playlist and it went stupid and got 25 million streams, but they don’t realize I had a whole back catalog and I released 12 songs in the year prior to that,” he says. “They just assume I got lucky. It’s beautiful that people can get a jump-start in their career, but really grinding for a year can build so much character, and there are people now just blowing up on their first song — a little part of me wonders if it takes away from that feeling of appreciating what is happening. I love it, but it’s a really weird world.”