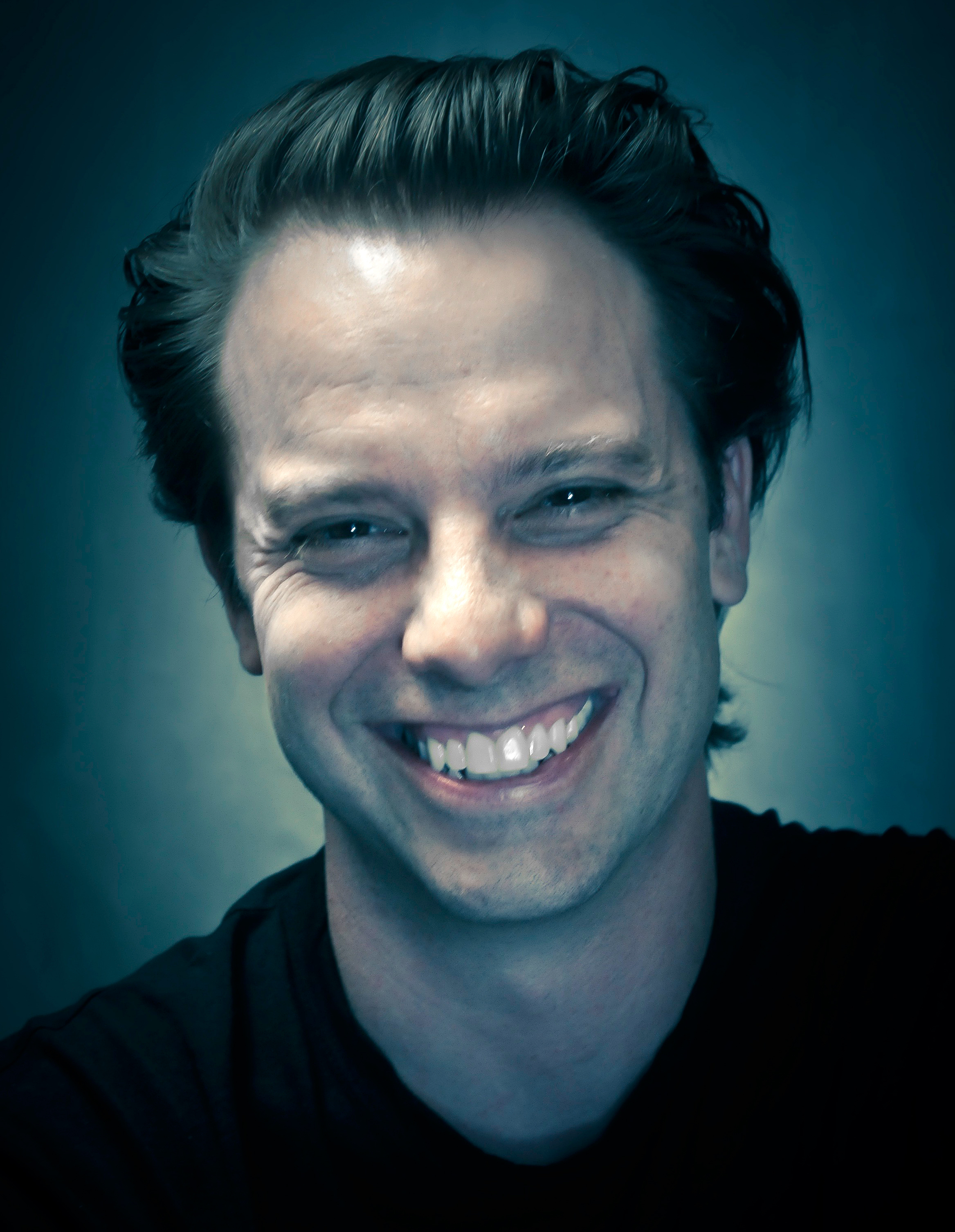 The project Robertson is referring to is Survivors Guide to Prison, a documentary from filmmaker Matthew Cooke, perhaps best known for the 2012 drug-war critique How to Make Money Selling Drugs. The new doc, which Cooke wrote, directed and narrates onscreen, is a pointed assessment of the U.S. criminal justice system, exploring how various factors – including for-profit prisons; coercive plea bargaining; racial bias; mandatory minimum sentencing; excessive solitary confinement; inadequate treatment for mentally unstable inmates; and a punitive style of reform – contribute to an inhumane and immoral approach to incarceration in this country. The film drives home this argument by interweaving the stories of two wrongfully convicted men, Reggie Cole and Bruce Lisker, who served a combined 42 years in prison for murders they didn’t commit, as well as with a barrage of facts, figures and insights delivered by an assortment of celebrities who are also prison-reform advocates, among them Danny Trejo, Ice-T, Deepak Chopra, Van Jones, Busta Rhymes, Chuck D and Cooke’s co-narrator, Susan Sarandon.

Why Robbie Robertson's Son Wrote a Kids' Book About His Dad

Robertson, who is an accomplished composer, musician and author (as well as the son of legendary Band singer, songwriter and guitarist Robbie Robertson), says he jumped at Cooke’s offer to soundtrack the film. “Matthew is an activist and I like what he’s putting out in the world,” Robertson, 43, says. “I think it’s a very socially responsible piece of filmmaking. And so I said to him, ‘Let me dive in. Let’s see if we can do something cool.'”

The score that Robertson produced is reflective of the often harrowing subject matter at hand. The largely instrumental soundscape features all manner of humming synths, white noise and field recordings, as well as more traditional instrumentation like piano and guitar. “My sense of things was this feeling of something dark and ominous, but also hopeful,” Robertson says. “So it felt natural to go toward a kind of synth drone, and then lean on instruments like piano for the inspiring or hopeful melodic moments. Then I would blend in real-world noises and recordings and other instrumentation to give a little bit more of a three-dimensional depth to the music.”

One technique that Robertson tended to shy away from was writing music specifically to what he was watching onscreen. “As a composer, you sometimes can get overly influenced by what you’re seeing,” he explains. “So a lot of times Matthew would just tell me what was going on in a scene, and then I would create a soundscape. It was a little bit of ‘your first response is your best response.’ And that was kind of unique to this project for me.”

That said, he also recalls one instance where he did, in fact, “score to picture.” Says Robertson, “There’s a character in the film, his name is Dwane, and he’s telling this story about how his mom owned this shop, and that people would come in and rob her. And he ended up killing one of the guys … and went to prison for 20 years, I believe. It was this horrible story. But then he got out and he ended up building a halfway house to help people rehabilitate. The piece of music I wound up writing for that [‘Dwane’s Theme’] was this blending of the synth drone with a Rhodes piano and some slide guitar. I just thought when he was telling his story it really helped it all come together.”

To date, Robertson’s music has been featured in more than 100 TV shows, films and ads. But he didn’t initially plan to go into this line of work. He began his music career playing drums (he can be heard on some of his father’s projects, including 1994’s Music for the Native Americans), with an eye toward being a performing and recording musician. “Obviously, I saw my dad do it,” he says. “And so I thought, ‘Well, that looks pretty awesome – that’s what I’ll do, too.'”

As it turned out, this was easier said than done. “As I got further into the band life I realized that I didn’t have what it takes,” Robertson says. “I didn’t get the buzz that some people get from playing live, and that propels them from show to show. When you actually see bands getting in the van and doing what they have to do in order to succeed, I was like, ‘Whoa … I’m a wimp!'” He laughs. “I’m perfectly comfortable admitting that.”

Robertson did, however, continue to write and record music, picking up guitar and piano in addition to drums. Around 2000, a mutual friend introduced him to a writer who was working on an animated David Spade project, Sammy, and looking for a theme song. Robertson and his collaborators put something together. “And they picked it,” he says. From there, he went on to score a handful of episodes of the show. “I said to myself, ‘This is super inspiring and really challenging. I think I may have just stumbled onto what I really want to do with my life.'” 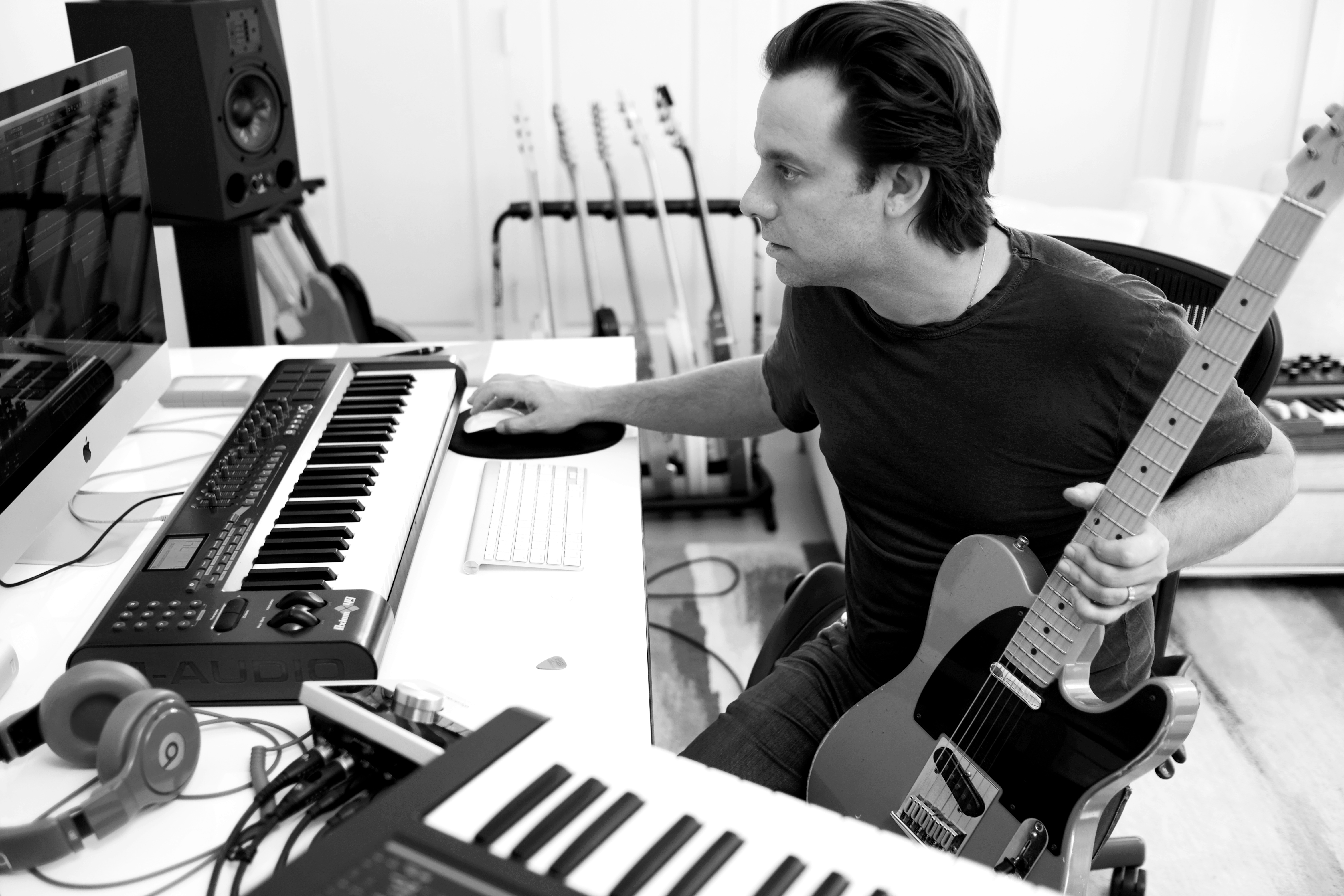 Today, Robertson owns and operates We the People, a song library that services TV and film, and has a co-publishing deal with Universal. Currently, he says, “We’re preparing to take it international, so I’ve been building up the catalog. I think we’re at roughly 5,000 pieces of music that we’re getting ready to take out to a ton of TV shows around the world.” Additionally, in 2013 he served as project coordinator on the Band box set Live at the Academy of Music 1971, and has also authored two children’s books – Legends, Icons & Rebels: Music That Changed the World (co-written with his dad, Jared Levine and Jim Guerinot) and Rock & Roll Highway: The Robbie Robertson Story, about his father’s life and career.

For the first time ever, he also has been collaborating on music with his dad. “We’re co-writing a track for his new album,” Robertson says. “So that has been a very interesting and exciting process. It’s a little bit like going to school for me, just learning how he approaches a song. It’s been super cool to kind of get a look under the hood.”

That said, Robertson emphasizes that he always sought to establish his own musical identity. “My dad is definitely my hero, and I always looked up to him. But I wasn’t interested in doing what he did necessarily,” he says. “I think my first way of rebelling against that was to say, ‘I’m gonna be a drummer!’ And he was like ‘Are you sure?'”

Robertson laughs. “So we’ve always been able to share in music, but it wasn’t like my whole experience was my dad giving me guitar lessons, and then playing his songs. I needed to go figure things out on my own.”