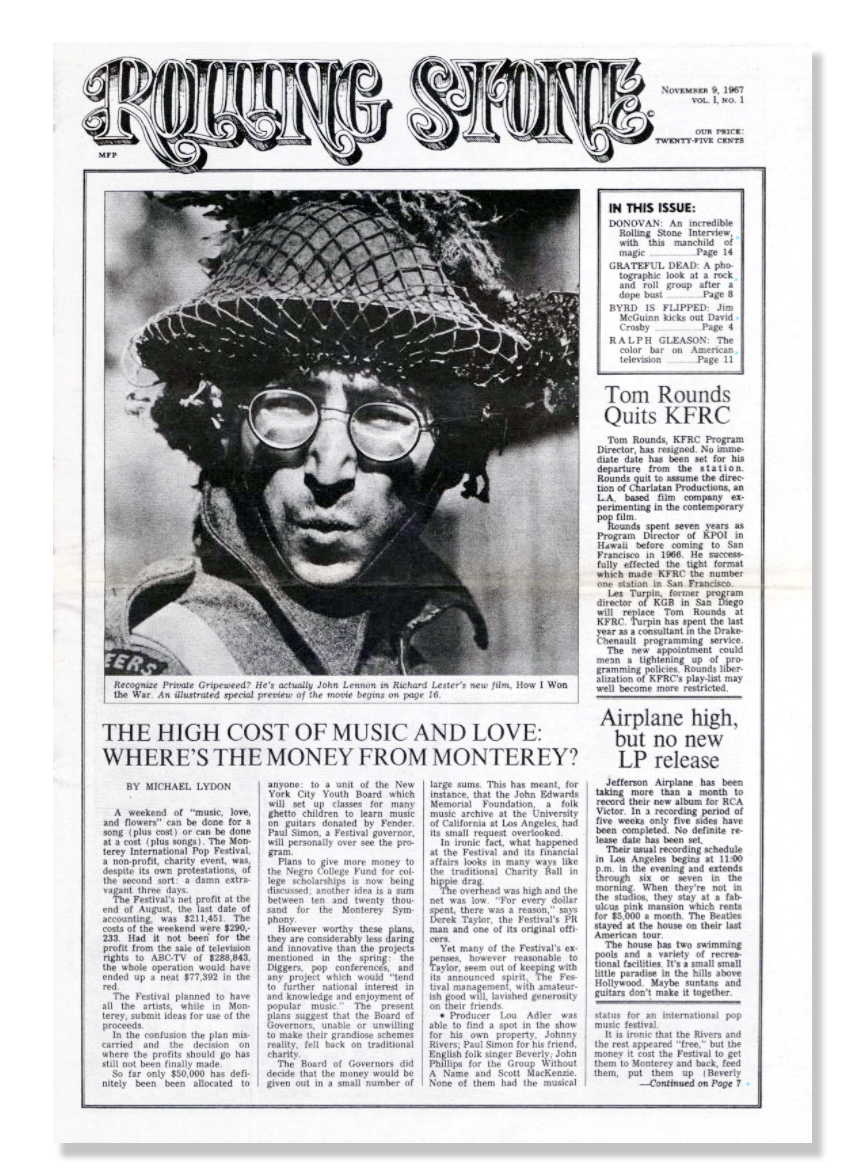 In early 1967, a young law-firm employee named Angie Kucherenko came home to her apartment in San Francisco’s Haight-Ashbury neighborhood and found her roommate’s boyfriend, a 21-year-old Berkeley dropout named Jann Wenner, sprawled on the couch and strumming an acoustic guitar. He had a big idea he couldn’t wait to share. “He sat up, put the guitar aside and said, ‘I want to start a rock & roll magazine,'” Kucherenko remembers. “I said, ‘Rock & roll? Isn’t that a passing phase?'”

Not to Wenner. For him, the Beatles, Bob Dylan, the Rolling Stones and local bands like the Grateful Dead were hugely important cultural figures who deserved an outlet that took them seriously. “There was nothing called rock journalism as a profession,” Wenner says. “If you picked up Billboard, you might get a sense of the music business, but you wouldn’t keep it as part of your regular diet if you were interested in rock & roll.”

'Rolling Stone: Stories From the Edge': Inside Magazine's Pages

A well-established local newspaper columnist happened to share Wenner’s passion: Ralph J. Gleason of the San Francisco Chronicle. The pipe-smoking 48-year-old had been writing about jazz for decades, but he’d begun devoting space to artists like Dylan and the Dead. In October 1965, Wenner was taking in a concert at San Francisco’s Fisherman’s Wharf, put on by local promoters the Family Dog, when he approached Gleason. “He said, ‘I know who you are,'” says Wenner. “He’d been reading what I was writing in [Berkeley’s student newspaper] The Daily Cal. We really hit it off, and I became a regular visitor to his house. His whole family took me in.”

Despite the nearly 30-year age gap, Gleason and Wenner grew close. “Unlike every other jazz critic, he had this great sense of humor,” says Wenner. “He was the original pothead. He loved Lenny Bruce and politics. He had an open mind and an open ear. He revered the rock poets, but he always had perspective, which was the name of his column: ‘Perspectives.’ I’d be like, ‘Jerry Garcia is the greatest guitarist in the world!’ He’d say, ‘But, Jann, have you heard of Wes Montgomery?'”

By early 1967, San Francisco had become the hot center of the counterculture. At the Human Be-In on January 14th, tens of thousands descended on Golden Gate Park to drop acid and dance to the Dead, Jefferson Airplane, and Big Brother and the Holding Company. “Bands were flooding the area,” says Kucherenko. “Jann was very, very enthusiastic. None of us could put our fingers on it, but there was a pulsing energy.” 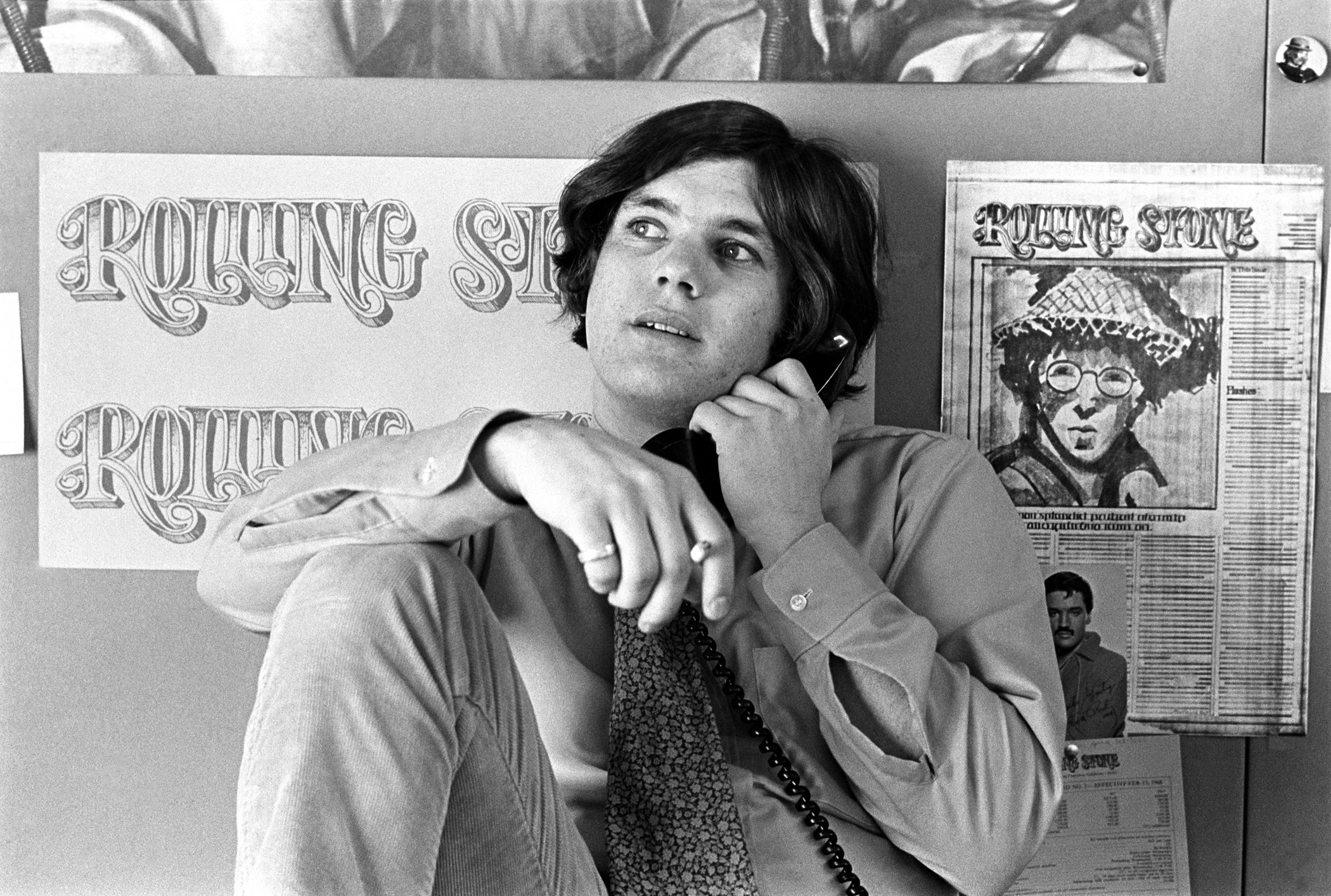 Wenner began envisioning a magazine to chronicle the rapidly growing rock scene, and he enlisted Gleason as his partner. The pair tossed around names like the Electric Typewriter and New Times before settling on Rolling Stone. The inspiration came from an essay Gleason wrote in The American Scholar titled “Like a Rolling Stone,” after the Dylan song. His subject: the significance of rock and the wisdom of youth.

Despite having a great title, a smart concept and a partner with a huge Rolodex, Wenner didn’t have a cent to get his magazine off the ground. “When he approached me about being the staff photographer, I said, ‘That sounds like fun, tell me more,'” recalls Baron Wolman. “He said, ‘Well, first of all, do you have $10,000 you’d like to invest?'” Wolman did not. But he came up with an idea that he’d work in exchange for stock in the company and the rights to his photographs, a deal that paid dividends in the years and decades to come.

Wenner put together a small group of investors, including the parents of his soon-to-be wife, Jane Schindelheim; his own parents; Gleason; and Joan Roos, a college buddy (who happened to be a first cousin of a young actor named Robert De Niro). Together they gave Wenner $7,500. He and his staff moved into a loft at 746 Brannan Street that would give them free loft space if they used the owner’s printing services. It was time to start work on the first issue.

In September 1967, Wenner walked up the wooden stairs of the printing press into a loft with a tiny staff of mostly volunteers that included Kucherenko, Schindelheim, art director John Williams and Michael Lydon, a former Newsweek and Esquire writer. “It was dusty, and there was hardly anything up there at all,” says Lydon. “I had a feeling that this was a tabula rasa, a clean slate. This wasn’t a bunch of kids that started a newspaper. It was Jann Wenner getting the people around him to realize his dream.”

“I remember walking in there with Jann early on,” says Kucherenko. “There was a wood floor and beams of light coming in through the arched windows. Everybody helped move in furniture. We found old couches, and everybody trucked in whatever they could. It was like how any other startup would begin now without any venture capitalists.” 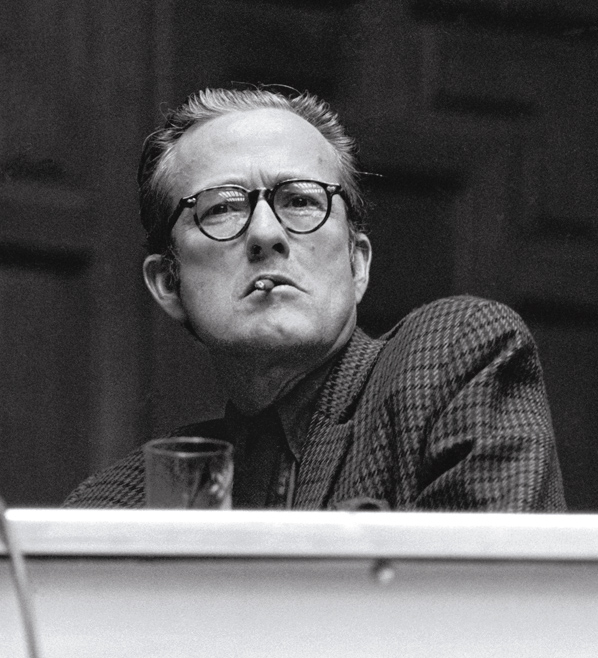 Wenner had broad ambitions for his new magazine. One of the first assignments he gave Lydon – which wound up becoming the main story on page one – concerned money missing from the Monterey Pop Festival. “Jann didn’t want a fanzine,” says Lydon. “He wanted investigative reportage.” Many articles – including pieces on David Crosby getting fired from the Byrds and the Dead’s big drug bust – didn’t have bylines. “We didn’t put our names on everything,” says Lydon, “because that would have showed how few people were working for the paper.”

Newsstands were flooded with alternative newspapers at the time, but they were largely slipshod affairs that disappeared after a few issues. “Jann kept saying what we’re doing and what they’re doing are two different things,” says Wolman. “‘Ours is totally professional. I want it to have integrity of the highest caliber. We are serious and we take ourselves seriously.'”

In his inaugural Rolling Stone “Perspectives” column, Gleason lambasted the TV networks for not devoting more airtime to soul singers like Wilson Pickett, Otis Redding and Jackie Wilson. “They are black,” he wrote. “And in America in the echelons of power, which control these things, color is a handicap.” Twenty-year-old Boston writer Jon Landau submitted a long review that compared Jimi Hendrix’s Are You Experienced with Cream’s debut, Fresh Cream (“Despite Jimi’s musical brilliance and the group’s total precision, the poor quality of the songs and the inanity of the lyrics too often get in the way”). At the center was a two-page Rolling Stone interview with Donovan in which he talked about folk singer Bert Jansch, the hippie movement, and George Harrison’s recent trip to Haight-Ashbury. “As kind of amateurish as it was,” says Wenner, “the fundamental bones of the magazines were there.”

Nearly 50 years later, everyone involved in the first issue can recall Wenner’s boundless energy. “He was always pacing across the floor,” says Kucherenko. “He was so wired that he could be talking on the phone, talking to somebody else and greeting somebody else all at the same time. It was extraordinary to see. He would bounce up and over desks and chairs to talk to someone and then bounce back over something else, like a ball colliding around that loft.”

To find a cover image, Wenner sorted through a pile of publicity stills until he came across John Lennon posing in his World War II serviceman outfit for Richard Lester’s film How I Won the War. “It was two days before press and we didn’t know what to put on the front page,” Wenner says. “It was the best thing we had. But it’s defining, since it encompasses music, movies and politics. That was a fortuitous accident. But it began our lifelong association with John.”

On page two, Wenner wrote a letter to his new readers: “You’re probably wondering what we are trying to do. It’s hard to say: sort of a magazine and sort of a newspaper. The trade papers have become so inaccurate and irrelevant, and the fan magazines are an anachronism. Rolling Stone is not just about music, but also about the things and attitudes that the music embraces. We’ve been working quite hard on it and we hope you can dig it. To describe it any further would be difficult without sounding like bullshit, and bullshit is like gathering moss.”

In October 1967, it was ready for print, and the staff went downstairs to see it roll off the line. “The machine started to go ka-bunk, ka-bunk, ka-bunk,” says Lydon. “With each ka-bunk, there was a Rolling Stone, still wet. We popped champagne and toasted.”

But as Wenner watched his dream finally become a reality, he couldn’t help but feel a little overwhelmed: “I remember thinking, ‘Jeez, we’ll never be able to top this. Where do we go from here?'”