Adam Weiner was considering calling it quits with his band Low Cut Connie when he received some words of encouragement from one of his more famous fans.

It was May 2016, and the singer-pianist, through a connection with Barack Obama’s staff photographer, Pete Souza, had, much to his surprise, been invited to the White House to meet the president. Obama was an early supporter of the scrappy Philadelphia rock & roll group; he’d even added one of the band’s songs to his Presidential Playlist the previous year.

“When’s your next album coming out?” Obama asked Weiner during their brief conversation. “You gotta let me know. … I like your style.”

“When I met Obama, I was facing that thing that happens to musicians, the feeling of, ‘I don’t really think I can keep doing this,'” Weiner told Rolling Stone recently at a diner in downtown Philly. “‘I’m losing band members. Is it growing? I can’t even tell.’ And then he goes, ‘I like what you’re doing, keep it up.’ Well, fuck!”

For Weiner, Obama’s reassurance meant more than simply receiving encouragement from the leader of the free world. It also served as a spiritual validation, in a sense, for Weiner, whose main goal, ever since he started his piano-based, Elton John–approved Philly bar band Low Cut Connie in 2010, has been to make music that resists easy categorization and strives for an unlikely universality.

Weiner hopes that the group’s new album, Dirty Pictures (Part 2), honors the cross-pollinating lineage that he – as an avid student of Fifties and Sixties rock, soul and blues, from Elvis to Elmore James – so admires.

“We think we’re in the most open and diverse time in our culture, and we’re not; we’re actually in a fairly segregated time, especially in entertainment, and I am obsessive about music that in an unconscious way was free of genre or racial boundaries,” he says, citing Stevie Wonder, Prince, and Sly and the Family Stone among his genre-transcending musical heroes. “If you go backwards, and this happened in almost every era, there’s always some kind of movement in music that comes out that kind of cultural blend.”

The new album, the band’s fifth, just may serve as the moment when the rest of the country finds out about the Philaldephia rock & roll outfit, who have developed a small but devoted cult following with their unusually unfiltered, exuberant live performances during the past decade.

The group initially acquired a reputation as a fratty “male party band,” with early songs like “Shit, Shower, & Shave” and “Boozophilia” (Obama’s favorite). But Dirty Pictures (Part 2) offers a dynamic, newly mature glimpse at a group ready to show that it’s capable of much more.

“Our approach to music has deepened,” says Weiner, referring to somber character sketches like “Hollywood” and lead single “Beverly.” “I was able to start putting out songs that I always had but that I didn’t think were Low Cut Connie songs, because for a while I thought we had to do party music.”

At first, the group had trouble finding a niche. The band’s live show, a mix of burlesque bravado and glitzy liberation, was decidedly out of place, as Weiner sees it, both in the hyper-masculine world of modern commercial rock and in the cerebral, straight-laced world of mainstream indie rock. Low Cut Connie’s early gigs were off-kilter to the point of near-absurdity, with Weiner climbing onto a stool to sing Frank Sinatra’s “It’s a Lonesome Old Town,” complete with a Hebrew prayer thrown in.

Weiner is an unlikely rock & roll frontman. He is, above all, a history geek who can rattle off the names of every Philadelphia oldies DJ still on the air. The most animated he gets when talking to RS is when he relates a story of how the melody of his new song, “All These Kids Are Way Too High,” is actually adapted from an obscure 1920s Cajun folk song.

But when he performs, the singer, who doesn’t drink and describes himself as “the squarest person you know,” embodies someone else altogether. As the band’s lead singer and flamboyant frontman, he channels the unhinged abandon of Jerry Lee Lewis and Little Richard, sitting in front of, and often standing on top of, his piano, banging out his derelict tales of street-hustlers and disco stragglers. 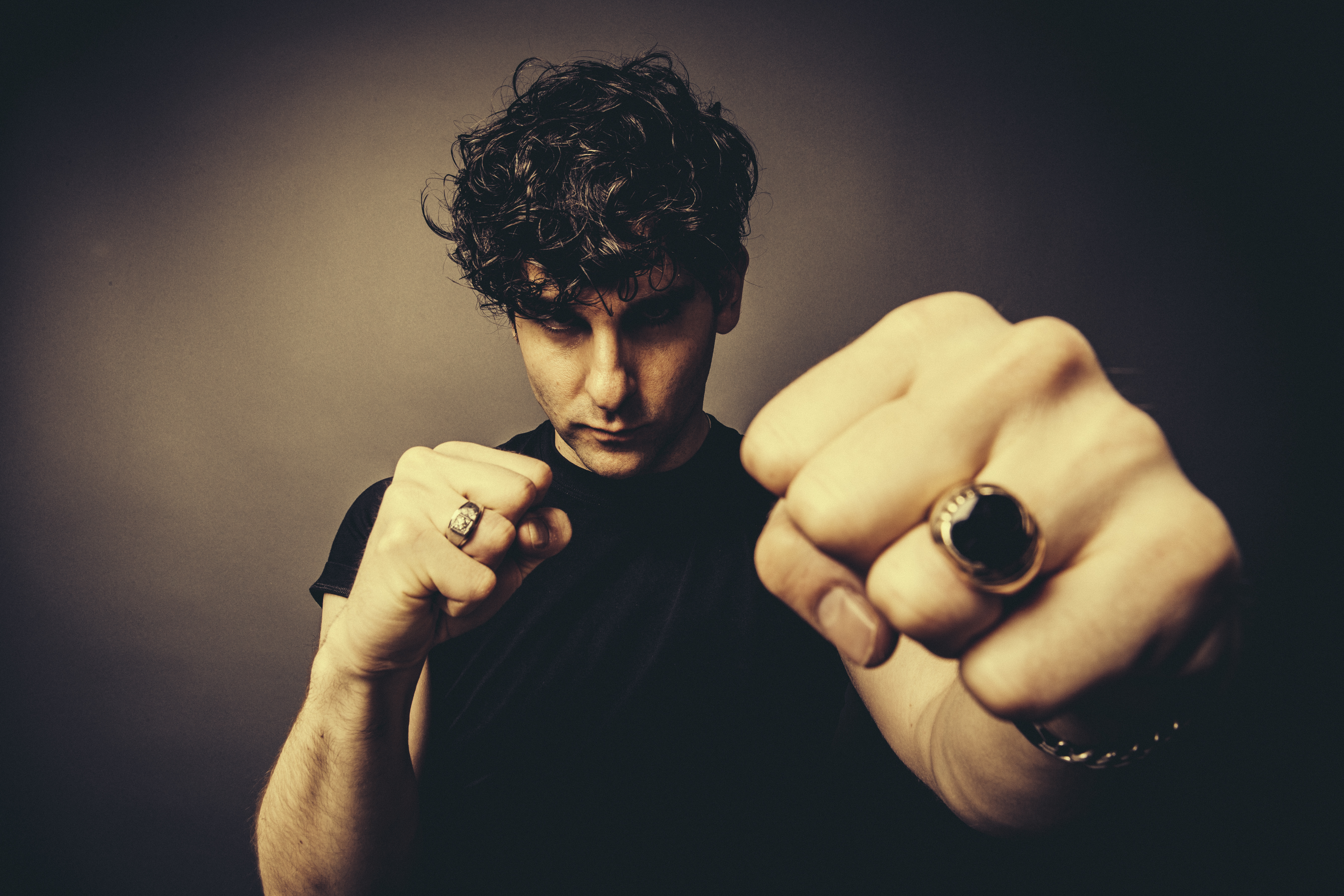 “I would describe our music as sex-positive and also as not exclusively heterosexual,” says Weiner, who begin his musical career playing piano in gay bars in New York. “There was an openness of sexuality in the music that certain people picked up on.”

Until recently, Low Cut Connie has primarily operated on the sidelines of the establishment music industry, often booking gigs at a mix of colleges and non-traditional rock venues like salsa bars and jazz clubs. Weiner is proud of his band’s rare ability to fit into a wide range of different musical environments, from hip-hop and R&B-leaning bills in Philly to roots music summits like the Newport Folk Fest.

“I started to book and curate our shows and our evenings so that we weren’t really playing with a lot of straight-ahead rock acts,” he says. “I started to realize the breadth of different people that we could reach.”

To date, Low Cut Connie has self-released its music on Weiner’s own Contender Records, which he formed after his band was rejected from 20 different labels, including a major that almost considered signing the band before backing out at the last minute.

“At the time, those were all terrible blows, but now I see it as a blessing,” says the singer. “It would have been difficult to have been on a label, and I would have had less of a learning experience about being true to my identity. Because one particular label might have been a little punk oriented, or another one would have been more roots oriented, and whatever it had been, I think it would have put a smaller frame on what we were doing.

“Now, if I was talking to someone who ran a big record label,” he continues, “they would say, ‘You should narrow it down, make it a little more marketable.’ But it’s too late for that. I can’t put that toothpaste back in the tube.”

Weiner looks up and smiles.

“I don’t want to go backwards,” he says.