Rob Sheffield’s new book Dreaming the Beatles: The Love Story of One Band and the Whole World is a celebration of the band, from the longtime Rolling Stone columnist. It tells the weird saga of how four lads from Liverpool became the world’s biggest pop group, then broke up – yet somehow just kept getting bigger. Dreaming the Beatles follows the ballad of John, Paul, George and Ringo, from their early days to their Sixties peaks to their afterlife as a cultural obsession. In this excerpt, Sheffield looks at one of the buried treasures in the Beatle songbook, the forgotten 1967 psychedelic jam “It’s All Too Much.”

Happy 50th birthday to “It’s All Too Much,” the great lost Beatles song. More than any of their other deep cuts, it deserves to be infinitely more famous than it is, one of the all-time great psychedelic guitar freak-outs. None of the Beatles thought it was anything special. But they were so wrong. It’s where they really nailed the Sgt. Pepper sound – that combination of acid-rock momentum and brass-band frippery. “It’s All Too Much” would have been the second or third best song on Sgt. Pepper – but alas, they cut it in May 1967, just a couple months late. Even George Harrison, so touchy about not getting his due as a songwriter, didn’t regard it as more than a candy-colored trifle. Any other band could have built a whole legend around “It’s All Too Much.” But the Beatles threw it away on the Yellow Submarine soundtrack, to fill out a piece of half-assed movie merch. They left it off Magical Mystery Tour – which means they rated it lower than “Flying” or “Blue Jay Way.”

They whipped “It’s All Too Much” together in a couple of days, starting on May 25th, 1967, in an unfamiliar studio with both George Martin and Geoff Emerick absent, effectively producing themselves. It opens with that Sonic Youth guitar clang and a bit of John chatter, as Paul lingers on that one-chord bass drone like a monster. The other Beatles join in with their “tooooo much! tooooo much!” chant, riding a ferocious Ringo groove for eight minutes. It proves they could jam, even though they couldn’t – they just accidentally pulled it off here. George sings his funniest mystic lyrics, with a wry English touch. “Show me that I’m everywhere and get me home for tea,” indeed.

The Beatles were in a restless frame of mind, waiting for Pepper to drop on June 1st. The other songs they recorded that May were silly ones – “All Together Now,” “Baby You’re a Rich Man,” “You Know My Name (Look Up the Number).” “It’s All Too Much” might seem silly too, but it rocks, which the Beatles weren’t much interested in doing in 1967. They show off individually (at any moment, you can pick out what any particular Beatle is doing) yet slip into the collective groove. The eight-minute jam got cut to six and a half minutes for Yellow Submarine, though the movie retains an extra verse that got tragically axed from the album version.

It’s a psychedelic love song, with George dazed by his hippie minx. More than any other George song, it sounds like his tribute to Patti Boyd, the puffy-lipped sex priestess he married, the Savoy-est of truffles. Patti is one of rock and roll’s most legendary muses – she was born to stir the songwriting juices of her guitar boys. She became the blondest corner of rock’s most iconic love triangle when George’s best friend Eric Clapton fell in love with her, inspiring “Layla,” but “It’s All Too Much” has to be her greatest hit. Only she could have turned such reserved English gents into tormented soul men. 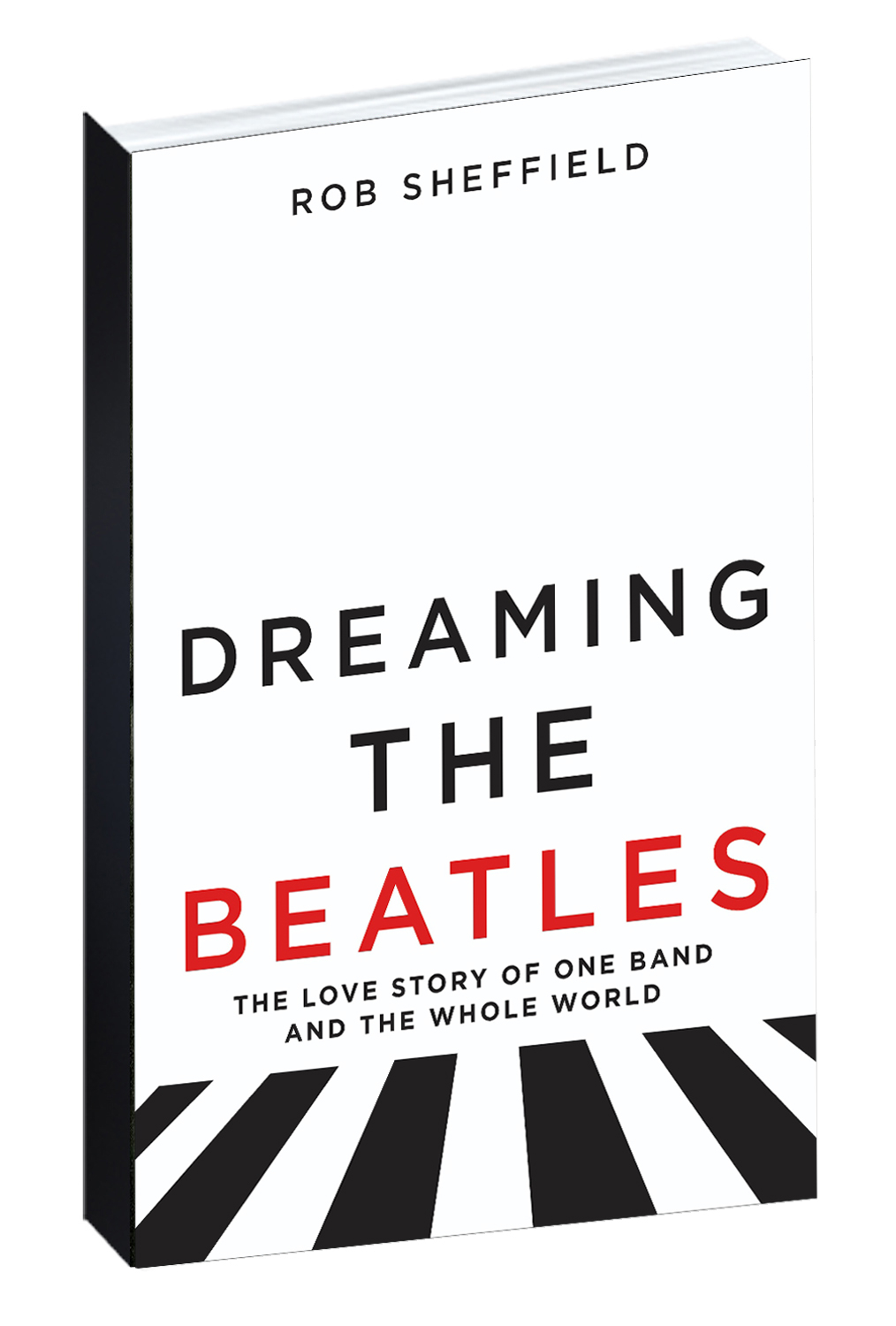 Patti was the worldliest of the four Beatle first wives – the one who wasn’t pregnant at the wedding. She’s also the only one who went on to snag another rock star. After Clapton won her away, he wrote sedate tributes like “Wonderful Tonight”; it’s hard to connect those to the vixen who wrenched “Bell Bottom Blues” out of him or “For You Blue” out of George. When Patti left in 1974, George announced he was “very happy” about it, “because he’s great. I’d rather have her with him than with some dope.” Her older sister, Jenny, married Mick Fleetwood; younger sister Paula took up with another member of Derek and the Dominos. (There ought to be a movie about the Boyd sisters – but where would you find three mere movie stars who could live up to a myth like this?) When Patti married Clapton in May 1979, George, Paul, and Ringo jammed at the wedding, playing “Get Back” and “Sgt. Pepper.” John called Clapton to complain he hadn’t been invited.

It’s strange how George was always a little stingy with the love songs. When you’ve got Patti sharing your stash box and leaving her sandals under your bed, yet you’d rather write all your songs about Lord Krishna, you can’t blame the girl for getting restless – it’s understandable she would upgrade her muse glimmer with some other rock star, preferably your best friend. No doubt Patti did it all for the songs. And with “It’s All Too Much,” she drove George and his fellow Beatles to psychedelic realms they never visited again. Even if it’s been understandably overshadowed by the loftier myths of Pepper, a song this great deserves better than to get lost in the shuffle.