In our new series, we look at eight cities where live music has exploded — from legendary hubs like Chicago and Nashville, to rising hot spots like Tulsa, Oklahoma, and Raleigh, North Carolina. The latest is a left-field surprise: Portland, Maine, which is drawing promoters from major cities and ambitious young songwriters.

Every November, more than a dozen top musicians from Portland, Maine, take over the local State Theatre for an ambitious trip back in time: They play a Beatles album in full. This year, it was the White Album; bandleader Spencer Albee sang “Martha My Dear,” backed by precise orchestration, and even invited friends and crew to act out “Revolution 9.” “It’s a love fest,” says Albee, a songwriter in the “lazy disco” band Bell Systems who started the event in a bar 17 years ago. This year, they packed the 1,700-capacity theater for three nights and employed almost 40 people. “I can’t tell you how many people have had their first concert experience with us,” Albee says. “We’ve even had people propose at our shows.” 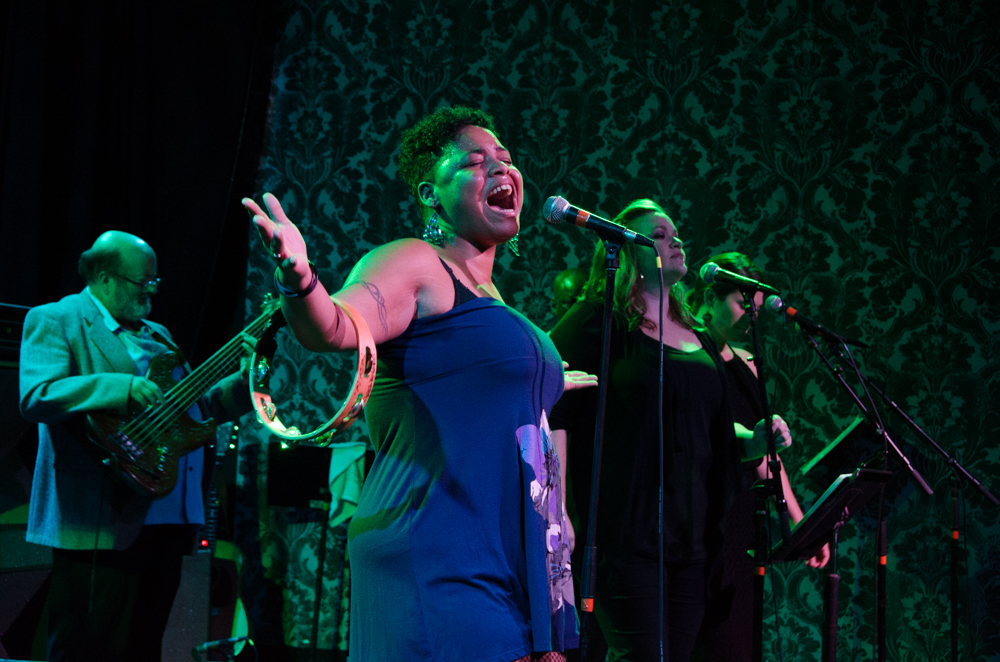 Beatles Night is just one example of how seriously Portland takes its music. “I’ve never lived in a city with this much talent,” says Lauren Wayne, general manager of the company that owns the State. “I get friggin’ emotional about it.” That talent ranges from the funk-soul singer Kenya Hall to folk harmonizers the Ghost of Paul Revere and the Mallett Brothers Band. There’s also psychedelic trailblazer Jeff Beam, and Zach Jones, a part-time Mainer who regularly releases endearingly catchy songs that find a new spin on the Beach Boys and Motown (full disclosure: this writer is from the area). When Wayne moved to Portland in 2001, the scene was “way smaller.” But now, more than a dozen venues have opened in the past decade (not to mention restaurants: Bon Appétit named it the top food scene in the country in 2018). The industry is paying attention — NYC promoters Bowery Presents chose Portland as its first city outside of New York to operate venues in. 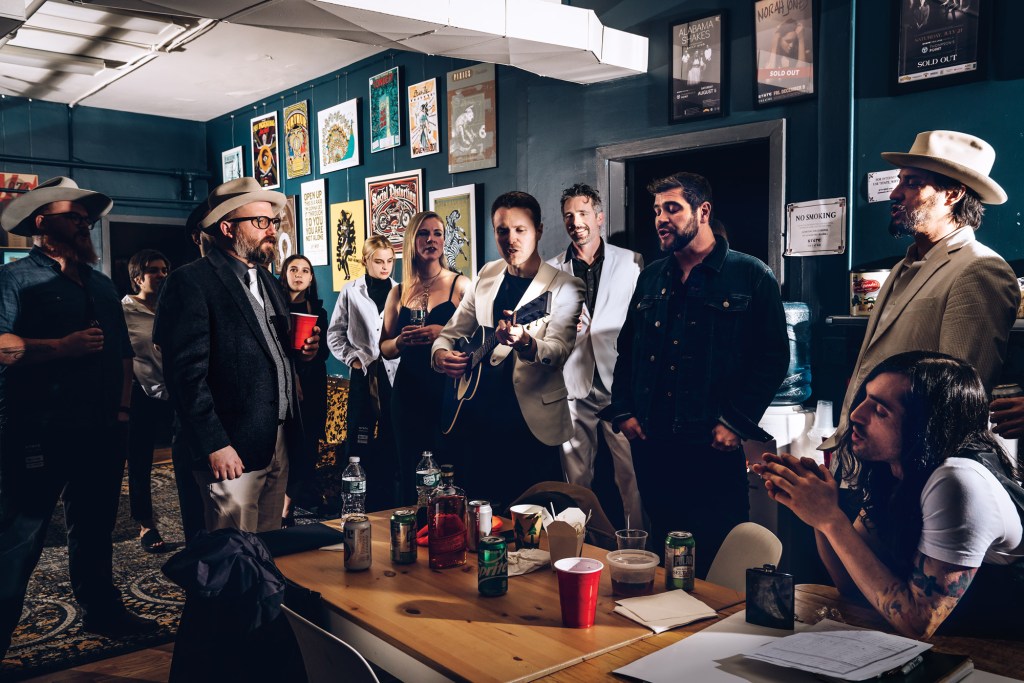 Band members of Spencer & The Walrus, warm up backstage in the Green Room of The State Theater, before the first of three shows in Portland, Maine on Nov 29th 2019. Photo: Ryan David Brown

Best Gig With a View

Thompson’s Point was an abandoned railroad yard overlooking Portland harbor that the State Theatre turned into a gorgeous outdoor spot; Maggie Rogers sold it out twice. “It’s the best place to see the sunset in Portland,” says Wayne, adding that artists love playing there for the free lobster rolls and oysters. 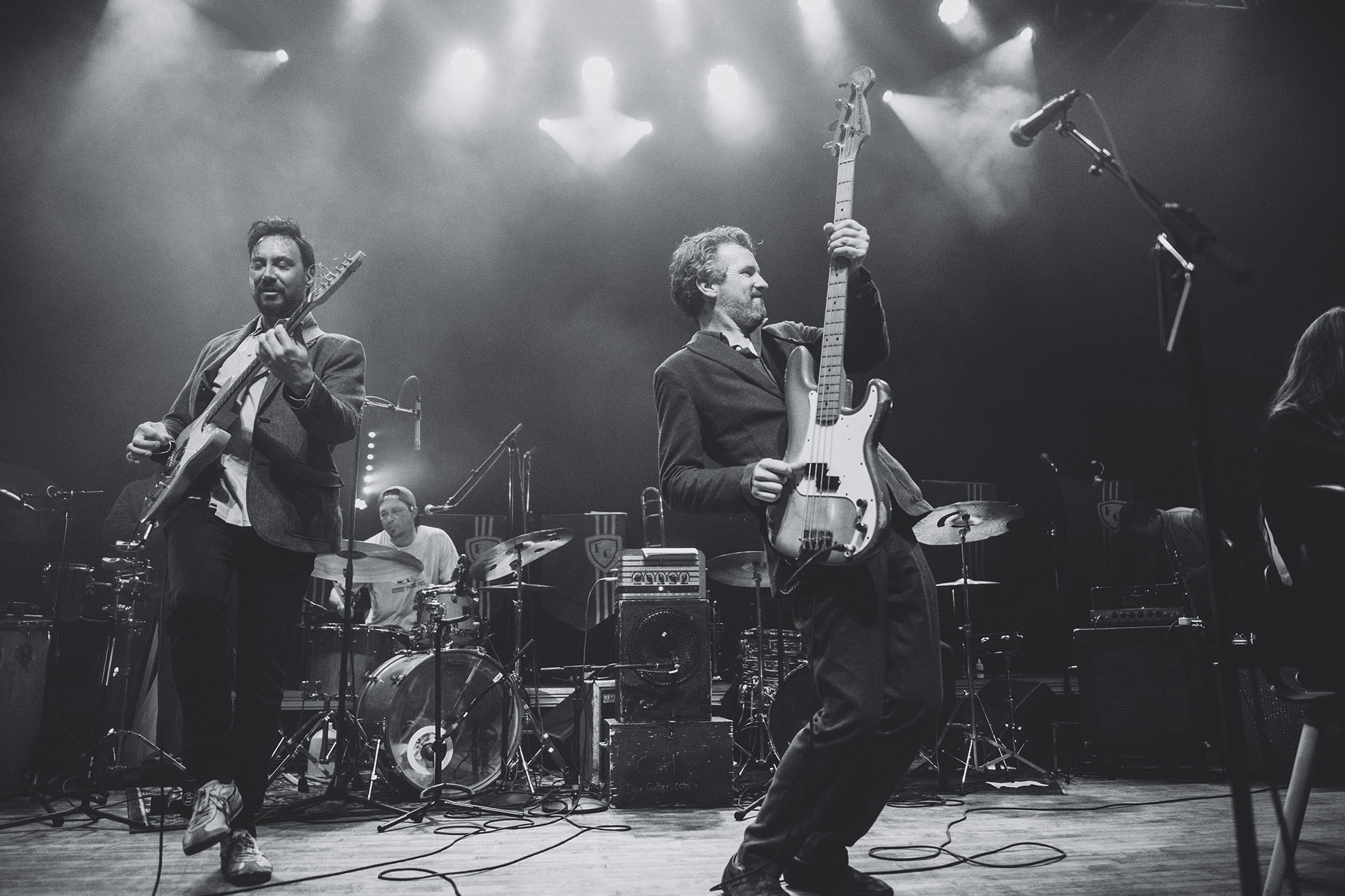 Rustic Overtones, the ambitious punk-soul crew — led by gravel-voiced frontman Dave Gutter — have a catalog that locals know by heart. The band was signed to Arista in the late Nineties and even recorded with David Bowie (stream the great “Sector Z”). But after two major-label deals fell apart, they broke up (“It’s a comedy of errors,” says Gutter). Rustic reunited in 2007 and got back to what they do best; check out their excellent first album in six years, and the career-spanning Mood Box.

While Gutter says that Portland is full of “studio lab rats, we collaborate and work with a lot of artists at our studio. After we recorded our first project there, New Way Out with 31 musicians, it kind of set the tone for a community of musicians to always hang out there.”

One Longfellow Square is a 185-capacity “listening room” featuring left-field heroes ranging from Marco Benevento and John Scofield to Robyn Hitchcock and Elizabeth Cook. “With Portland being a smaller touring market compared to the bigger cities like Boston and New York, we get a lot of artists that [usually] play bigger rooms,” say Jeff Beam, an artist who books the venue. “I remember Leo Kottke commented on that intimacy the first time he was here, the rawness caught him off-guard a bit.” Also: check out Port City Blue, a vibe-y room that hosts jazz jams that can run for hours. “You can see a show every night of the week,” says Bill O’Neil, a longtime radio DJ and record store owner.

A Secret Country Past

Maine had one national country star: Dick Curless, an eyepatch-wearing singer who had his biggest hit with 1965’s “Tombstone Every Mile.” Willie Nelson affectionately calls Curless’ songs “toe-tappers.” “The Maine country music tradition goes back to before the first Grand Ole Opry broadcast,” says author and rock & roll historian Peter Guralnick. “Many people know Dick Curless, Maine’s one national country music star, but they’re less aware of the tradition in which his talent was forged, and which he came to influence so strongly by the breadth of his talent and the depth of his feeling. Dick started out on Al Hawkes’ country and rockabilly-based Event label, in Westbrook, Maine, just outside of Portland. In fact, Dick was the start of the label, which also featured the great jazz guitarist Lenny Breau, still in his teens, in a country and rockabilly vein. All over the country there are pockets of talent and creativity like this — but Maine, home to so many Acadians who never made it further south, is second to none.”

Portland is also famous for a show that didn’t happen there. Elvis Presley was supposed to play the Cumberland County Civic Center on August 17, but he died the day he was supposed to travel to Portland for the show. “I actually had his guitar player James Burton lined up for an interview the day he died,” says Bill O’Neil. Elvis had played Augusta several months earlier: “We went to the airport and Colonel Parker is sitting there with his cigar, we talked for an hour and a half about Eddy Arnold and Hank Snow and all these other people he previously worked with,” says O’Neil. “I actually got an Elvis album autographed by the Colonel. That might be rarer than an autograph of Elvis!” 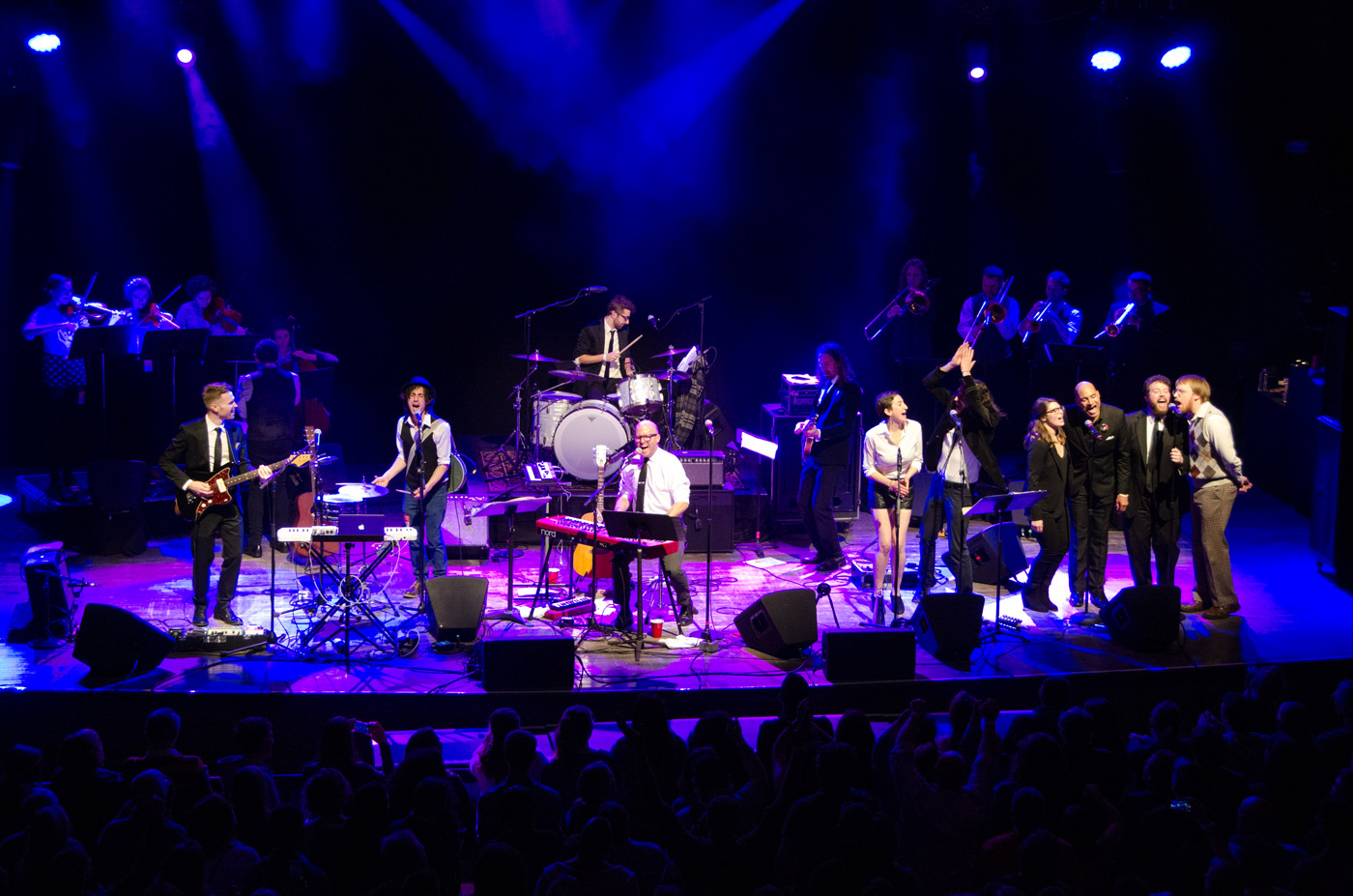 Beatles Night at the State Theatre. Photo by John Doyle

Portland’s Old Port is full of exciting places to drink, like Novare Res, which has a 300-beer menu. For real local flavor, head to Howie’s Pub, a low-key neighborhood bar with darts and jalapeño poppers. “It’s not a pretentious bar,” says O’Neil. “You have a lot of your good local beers available, as well as your PBRs and your $2 Labatt Blues during the hockey games. You’re not necessarily buying the signature cocktail.”