In the years since, he’s become a dependable source for commercial smashes, moving up through R&B’s ranks – he co-wrote “Caught Up” on Usher’s Confessions, which has sold more than 10 million copies in the U.S. – and eventually becoming one of Justin Bieber’s go-to collaborators. Last year, Poo Bear helped Bieber write his verse for the “Despacito” remix, which has also sold more than 10 million units in the U.S.

With those kind of sales marks achieved, Poo Bear has the luxury of refocusing his energy, at least for now. He’s releasing his own solo album, Poo Bear Presents Bearthday Music – which features contributions from Bieber, the R&B singer Ty Dolla $ign and the reggaeton star J Balvin, among others – this spring. Poo Bear has just released the Bieber showcase “Hard to Face Reality.” He spoke with Rolling Stone about his decision to release a solo album, his forays into Spanish-language pop, and how he managed to wrangle Bieber and the legendarily mercurial rapper Jay Electronica onto the same track.

Why did you want to make your own album?
I was thinking about it over the last year. So many great songs go in the place I call the music abyss: We make all these great songs, record them, and nobody hears a lot of them. I wanted to be vehicle for putting out those records. I don’t want to be an artist; I don’t really want to sing – though I do sing on a few songs. But I want to be the guy that presents new music from both new artists and established artists at the same time.

On average, how many songs that you write do you think are left on the shelf?
Man, so many. For some albums we’ll do 100 songs. You look up, “Wow, this song is great.” The artist agrees. But for whatever reason, it doesn’t make the final album. I forget about them, then I’m just going through music and it’s like, this is not fair to the people. Maybe if it doesn’t come out on the artist’s album, it can come out on Poo Bear Presents Bearthday Music. So I got my wheels going, talked to Scooter [Braun, Bieber’s manager] about it, and he thought it was a great idea.

Are you used to being unable to control the outcomes of the songs you write at this point?
Being a songwriter, my job is just to write songs for people. I’m not attached to them.

When you were younger, before you started writing for 112, did you want to pursue a solo career?
Back in the Nineties, I was in an R&B group. I signed my first record deal when I was 12. I was in a group, then I thought about doing some solo stuff later. But I was so successful writing that it just didn’t make sense for me.

What was the name of your group?
Friction. Oh well the first group when I was 12 was Young Harmony. We had a single out. Back then, there was Kriss Kross, a lot of kids groups out doing good. That was motivation for us. But I sucked back then. I had to go through so much trial and error to get all the whack-ness out of my system as a kid. I think everybody has to do that. You have to go through a period of failing in order to get better at it – whatever you’re doing.

At what point do you feel like you got rid of all whack-ness?
Honestly it trickled into the millennium. In the last five, seven years, I started to feel more confident than I’ve ever felt. Still second guessing myself, but feeling able to deliver with my songs and not let people down.

When you started making this album, did you have a goal in mind in terms of sound?
I wanted it to be rounded off, not just one genre. I wanted a fusion of Latin pop; R&B, of course; hip-hop; even a splash of country.

When did you start writing with more Spanish-speaking singers? It seems like you’ve been working a lot in that space.
That started around three years ago. I just made up my mind that I really wanted to get into Latin culture. Scooter introduced me to J Balvin. From there, we built a relationship. I worked on [Balvin’s album] Energia, which did really good. Then I worked with Jesse & Joy, Reik. I felt like Latin music was going to cross over. I didn’t know I’d be part of the record that kicked the door open with “Despacito.”

Why did you feel like American pop and Latin pop were converging?
Going to Colombia and hearing the melodies. And then at the same time, American pop started feeling really Caribbean – records like “What Do You Mean?” and “Sorry.” I’m like, that’s really close to what’s going on in Colombia, Puerto Rico, the DR. There were similarities in the way that American pop was making me feel and the way reggaeton was making me feel. And I wanted to be on the forefront of that. Again, not knowing that I’d be part of the longest-reigning Number One in Latin music history. Nobody could see that coming.

Do you speak Spanish?
Very little. My melodies and concepts are there, and I work with writers to make sure the lyrics work – not just in Spain, but in Colombia, in Mexico. I’m learning Spanish, but I have to have great Latin lyricists. That’s the key. Even if I learn the language fluently, there’s still a swag that you have to grow up in that environment to capture. But I do what I do. That’s what I did with “Despacito” – people in the reggaeton world are like, “Wow, we would have never put those melodies with that beat.” 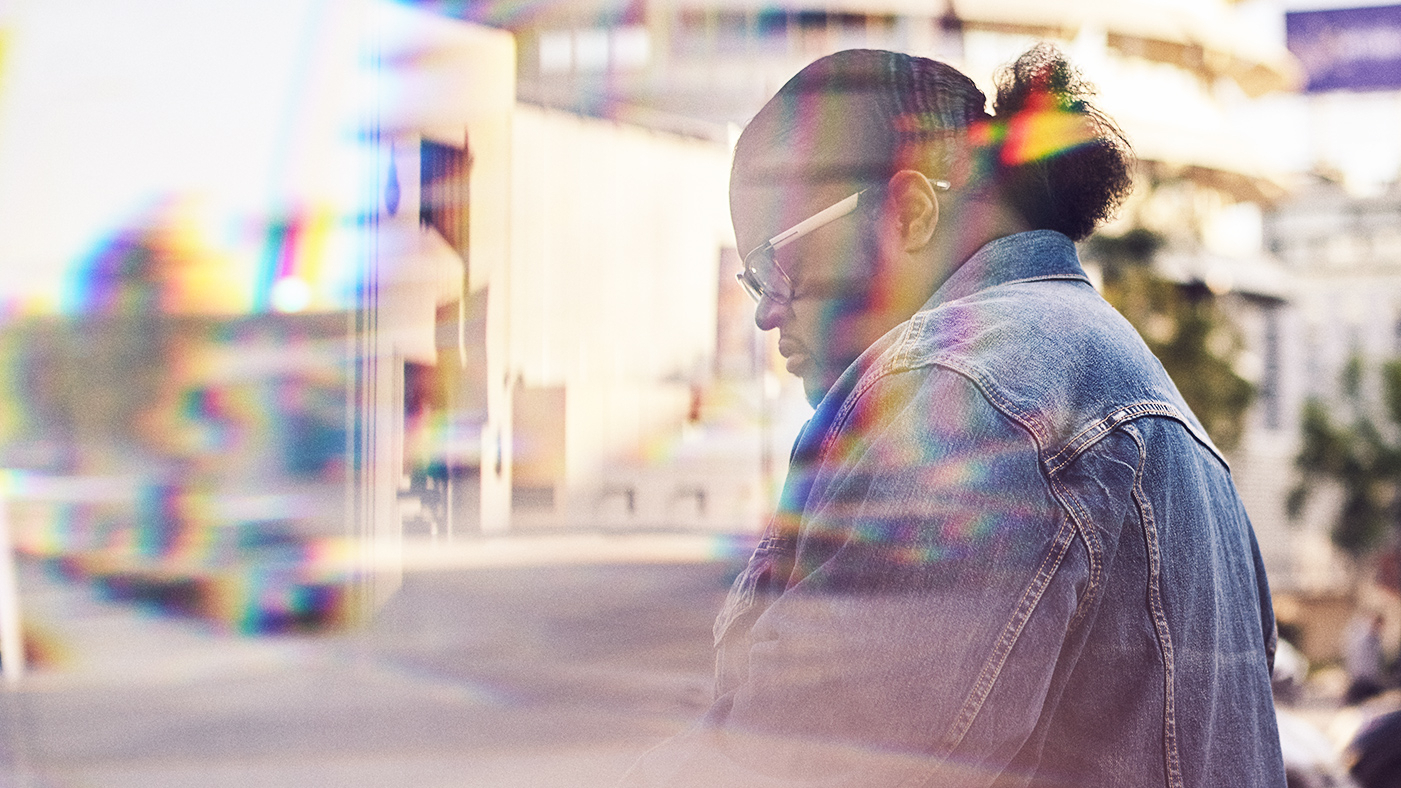 Why did you want to showcase up-and-coming artists on this album?
I was a part of my first record when I was 15, 16. Young artists are always the future. I want to do this album every year. There will always be established artists that you know and love. But there will be new artists, so maybe for my next album, some labels will reach out and say, hey, I’m trying to put my new artist on your Bearthday Vol. 2. I want to be a curator. These new artists have an amazing sound, and I want to be the one to introduce that to the world.

How did you find some of the new acts?
The rapper named Nechie, he’s out of College Park, Georgia. My cousin discovered him – my cousin also discovered the groups 112 and Jagged Edge back in the day. He put me with 112 when I was 15 years old. There’s a million rappers in the world – what makes a rapper stick out? For me it was the tone of his voice. The last time I heard a tone that stuck out like his was Mystikal.

When did you start writing “Hard 2 Face Reality” with Justin?
That was done three years ago in Toronto. It was a time when the media and a lot of people were going in on Justin, being really cruel, making up false information. We were in that place. We revisited it maybe five months ago – finished it, changed the beat a little bit.

I happened to be at Roc Nation in New York and I met Jay Electronica’s manager. I was like, “Hey, man, do you think he would get on this record?” The manager was like, “Let me hear it.” I played it; he said it was a smash. So he sent it to Jay. Everybody doubted that he’d get on it – Jay is really picky. Everyone’s like, “Good luck!” I gave him a deadline, and he turned it in on the deadline day. I couldn’t even believe it. It’s like an alien on the record.

It almost seems like it’s easier to get a Beyoncé verse than a Jay Electronica verse.
It’s probably way easier. I just tried it – if he gets on it, it’s amazing. If not, we’ll figure it out. He might even be making an appearance in the video.

You’ve been a longtime fan?
I’m a lyricist. He’s every rapper’s favorite rapper. I’ve always been a fan of his brain. I’m really into witty brains and minds. That’s the business that I’m in: writing.

Did Justin know that Jay was going to be on the record?
He didn’t. I played it for him as a surprise. He was excited to hear it. He was impressed. Poo Bear, Justin Bieber and Jay Electronica – it just sounds weird. But it’s cool for the world to hear more of Jay. And I think a lot of new fans are going to get introduced to him. I’m just a songwriter, but with the Beliebers, that fan base is the world.

Do you feel any nervousness about stepping out into the spotlight?
I’m not doing this to be a singer. If I was looking for acceptance for me singing, and I wanted people to love me, I’d be a lot more nervous. But I’m just relieved the world can hear this. Everybody wants to be famous – I don’t want that. I just want this music to not get lost. I want to do this every year.