“She spoke about what clothes mean to her and how they’re like a shield,” the photographer, director and artist, says. In the video, Eilish specified that she wore baggy clothes to keep her body — and what it looks like — out of discussions about her.

“It just got me. It put me back in the place where I was as a teenager and what I tried to do as a photographer,” Collins, who has also modeled, explains. Though much of her work exists outside the music realm, Collins has worked with everyone from Selena Gomez to Mary J. Blige in recent years. “I saw a big, young community of people who felt safe with her, which was really cool.”

Billie Eilish and the Triumph of the Weird

After Collins was chosen by the magazine to photograph the young pop star for her first Rolling Stone cover shoot, the two bonded over their love of horror and, more importantly, a desire to do the opposite of what a typical Rolling Stone cover has looked like in the recent past.

“There have been a lot of young women on the covers, and I was like, ‘I want to do the literal opposite of what a Britney Spears cover was,’” the photographer explains, referring to the 1999 David LaChapelle image of a lingerie clad, 17-year-old Spears clutching Tinky Winky, the purple Teletubby, in bed. Eilish doubled down on her similar desires for the spread.

“She was like, ‘I just want to make sure it’s not about my body or whatever,’” Collins recalls. “It just sucks that it even had to be part of the conversation, but I was like, ‘Yeah, we’re gonna do the opposite of what the Britney Spears cover was. We’re gonna try to take photos of you as a person.’” 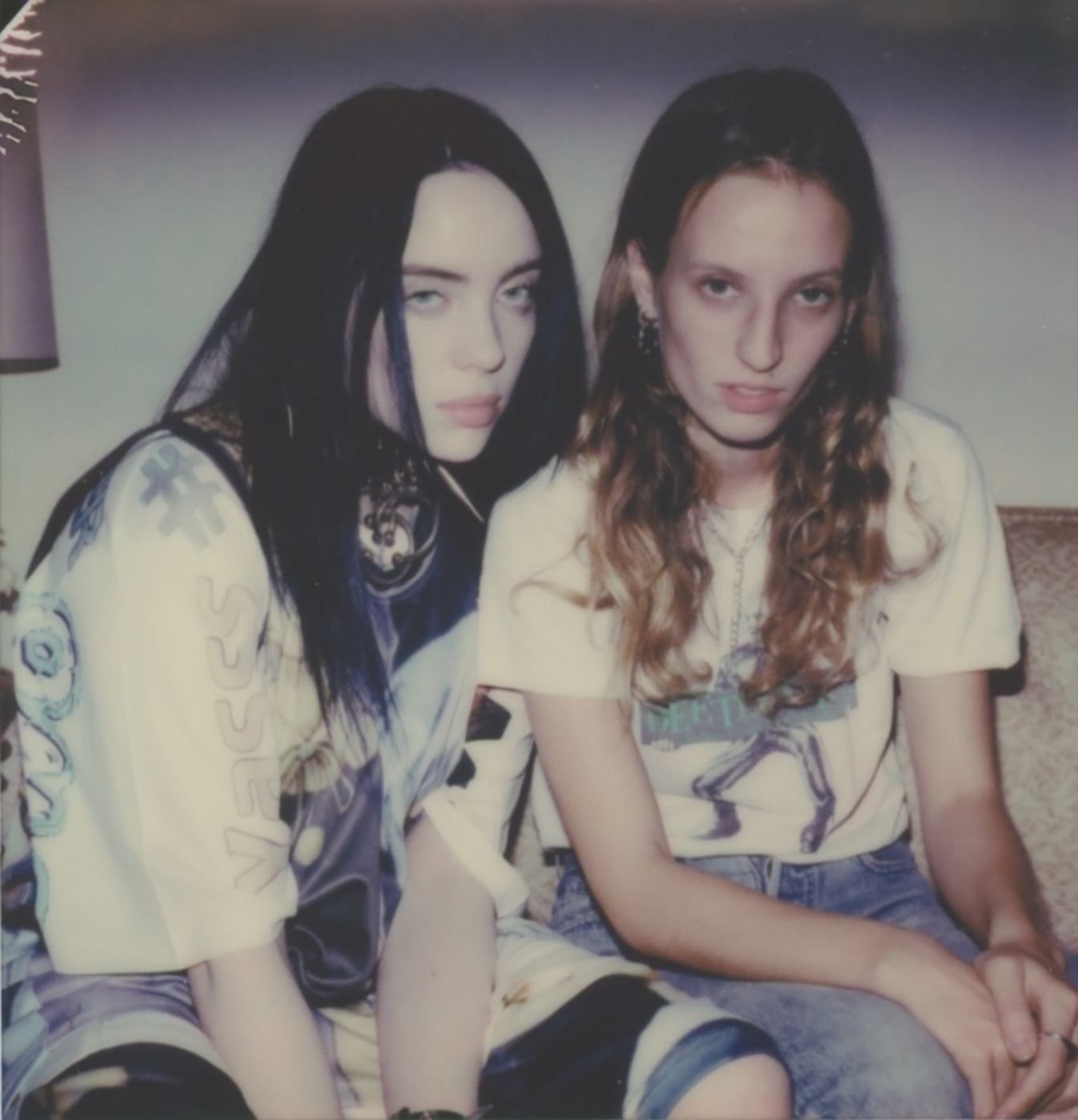 Collins is sensitive to the way photos are framed — especially given how much of her teenage years were spent in front of a camera — so she uses two specific techniques to make her vision work.

“I feel like a lot of the imagery of our young [female] pop stars is usually taken by a man but also taken from a specific angle,” she, says, explaining why she shoots her subjects from a lower angle. “It’s not something where I’m at a super low angle, but it physically gives the subject power to be overpowering to the camera. They can lean in, stand up. I’m physically lower than her.”

Collins also has a preference for shooting with film, rather than digitally, which was inspired by her dance background. Working with film feels like a similar physicality but also forces her to make the most of every shot. “You’re constantly measuring light. You’re measuring the energy. You’re figuring out the color, what’s working with the camera. You can’t go back.”

She compares the use of shooting with film to what it feels like to make a movie; helpfully, in this scenario, she and Eilish had dreamt up their own horror film-inspired set for the day. In a Los Angeles studio, Collins and her set designer created a creepy living room — specifically avoiding a bedroom set for the connotations placed on young women — that was full of props, like preserved teddy bears and a fish tank full of eyes.

“There was dirt all over the floor. We have roses growing out of it. It’s kind of Beetlejuice-y,” she says. “I was like, ‘Let’s just create a safe space, a common space where both Billie and I have both of our worlds in one place so we can shoot.’”

Collins’ goal for the day was to make sure both she and Eilish were having fun. Given Eilish’s very singular, self-produced vision for her art and style, the photographer admits she nearly forgot how young the pop star was….until she had to explain Silence of the Lambs to her. “We had this fake butterfly,” Collins explains. “We put it on her mouth like the poster.”

The 26-year-old Collins ended up playing “Goodbye Horses,” which soundtracks a memorable scene in the film, for the 17-year-old. “It’s funny: I’m the older one telling the younger one about references.”

Besides shooting her first Rolling Stone cover, Collins has been promoting project with the series Baron. For the sixth installment of Baron, Collins experimented with self-portraiture in photos that feature both her sister and herself as well as molds of their faces and bodies made by sculptor Sarah Sitkin. Much of the photos reflect on the Instagram world, where people can create their own realities while empowerment is sold back to them by chain stores and brands.

“I’m so down for everyone to create their own realities, but we’ve fully made the wrong turn to where we’re making these realities but still hurting ourselves,” she explains. She thought that she’d be immune to this, but Collins found herself hating that her reality didn’t match the created one.

“I think I needed to look back in on myself and recognize my body as a literal thing that is holding my soul in it,” she says. “I was privileged enough to get to do that and make the work that I really felt like I needed to make, to then maybe move on to continue shooting others.”