PartyNextDoor released his third full-length Thursday at midnight, but on Friday afternoon, he was not in a festive mood. In a few hours, Jahron Anthony Brathwaite would head to the Brooklyn Museum to celebrate P3‘s arrival. “It’s not an album release party,” the R&B singer-songwriter told Rolling Stone, while picking at rice-free sushi in a 10th floor apartment in midtown Manhattan. “This year wasn’t a party for me, as ironic as that is. The best and worst things happened at once.”

The best: PND helped write “Work,” the Rihanna single that spent nine consecutive weeks at Number One on the Hot 100. Not long after that song started its chart-topping run, he released “Come and See Me,” an open-wound ballad that quickly became his most popular solo number. Erykah Badu recorded her own version of the track and uploaded it to SoundCloud with a simple message attached: “IM IN LOVE.”

The worst: “It was a blue year for me,” PND explains. “I thought, ‘Write a hit, you’ll be rich and happy.’ Meet one of the most beautiful girls in the world, one of the most talented, and I’ll be happy. All of that: I’m not happy.” A rumored romance with the singer Kehlani came to an end, causing PND to release an emotional track last October named after her (he later changed its title). In March, he posted a photo with a caption reading, “After all her shenanigans, still got the r&b singer back in my bed.” Social media users pounced and deluged Kehlani with sexist vitriol, suggesting that she was cheating on the NBA player Kyrie Irving. The next day, she posted a photo of herself in a hospital bed with an IV in her arm. The picture’s caption noted, “Today I wanted to leave this earth.” 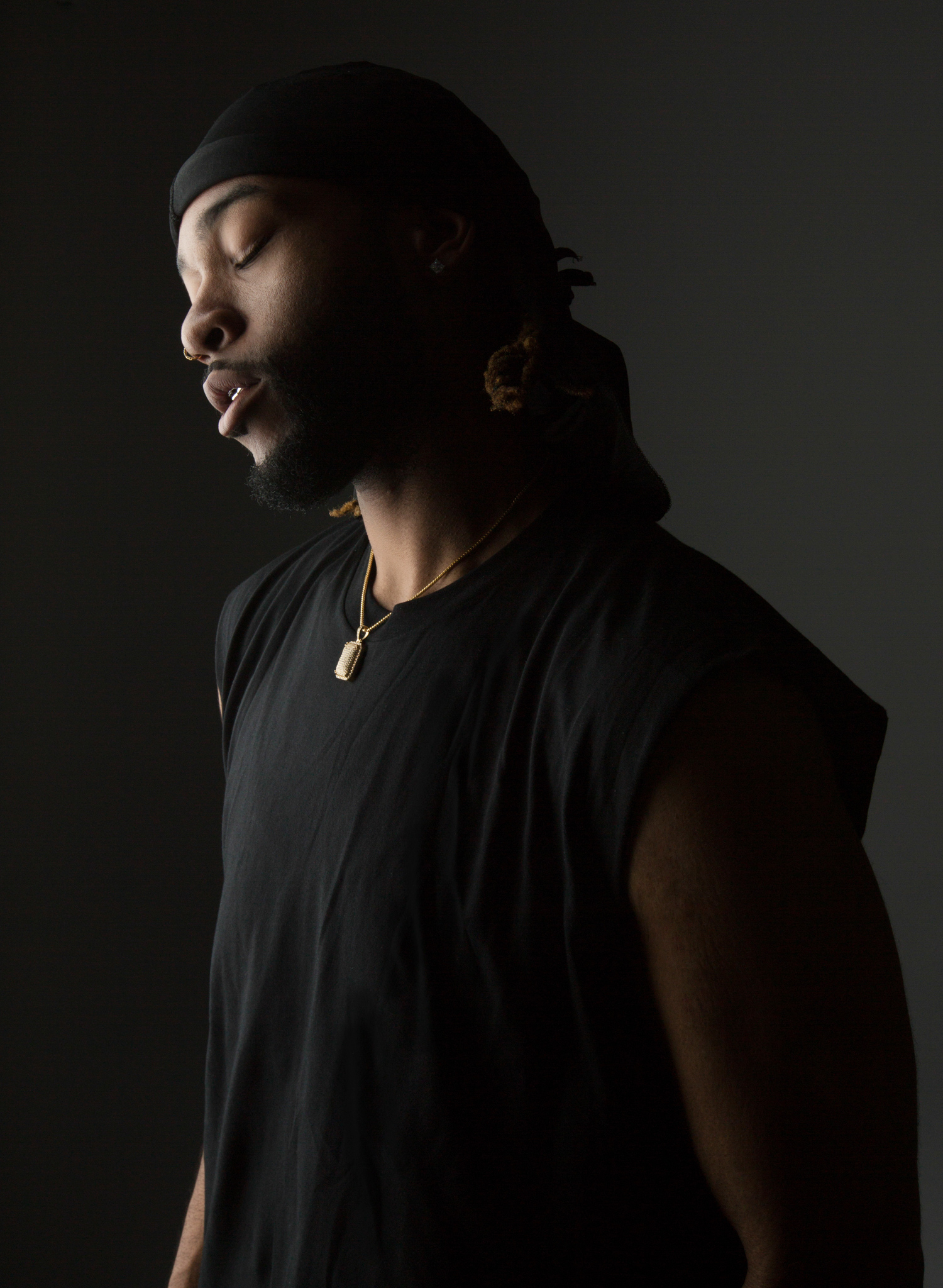 “I just hope people understand that was a year for him,” he continues, switching briefly into third person. “And I hope everyone has a successful year, and I hope that’s in the past.”

Brathwaite, who grew up near Toronto in Mississauga, started following his mother to choir practice as a child after encountering R. Kelly’s “I Believe I Can Fly” on the Space Jam soundtrack. He was writing and producing his own songs while still in high school, and signed a publishing deal as a songwriter with Warner/Chappell by the time he was 18. “I had a little leverage, because I can give you an entire project off my laptop,” PND suggests.

Boi-1da, a Toronto producer with credits on several of Drake’s biggest hits, caught wind of PND’s local success, and got Drake’s OVO Sound label involved. OVO made a simple pitch: “Release your music when you want, have complete control, and do your own thing.” For PND, the decision to sign with what he calls “the home team” was an easy one. “I could go to a label where they don’t know how to handle me and they don’t care,” he reasons. “Or I’ll have a mentor who’s been through it, who knows exactly what I want to mean to my city and what I want to achieve. They know how to handle your emotions. I’ll have freedom and guidance.”

He’s certainly taken advantage of the freedom. While many artists choose to spew songs and mixtapes at a rapid rate, PND is thrifty about his output. He debuted in 2013 with PartyNextDoor, a release he describes as “braggadocious.” “My first tape was ‘Hey, I can do what y’all do. It’s new, flashy, and not through rap. It was a guy singing how cool he was. I’m here with big bro Drake; I’m his little gunner.”

Since then, some of PND’s bluster has fallen away. In 2015, Drake used PND’s “Wednesday Night Interlude” as the downbeat counterpoint to the combative narratives that dominated his If You’re Reading This It’s Too Late mixtape. “I was involved with that tape; Drake asked for that song,” PND remembers. “I said, ‘Are you gonna cut it?’ ‘No.’ He just put it on there. I don’t think people do that. I love the fact that he put it on there and people heard it. And I still, to this day, wish I kept that song for my album.” 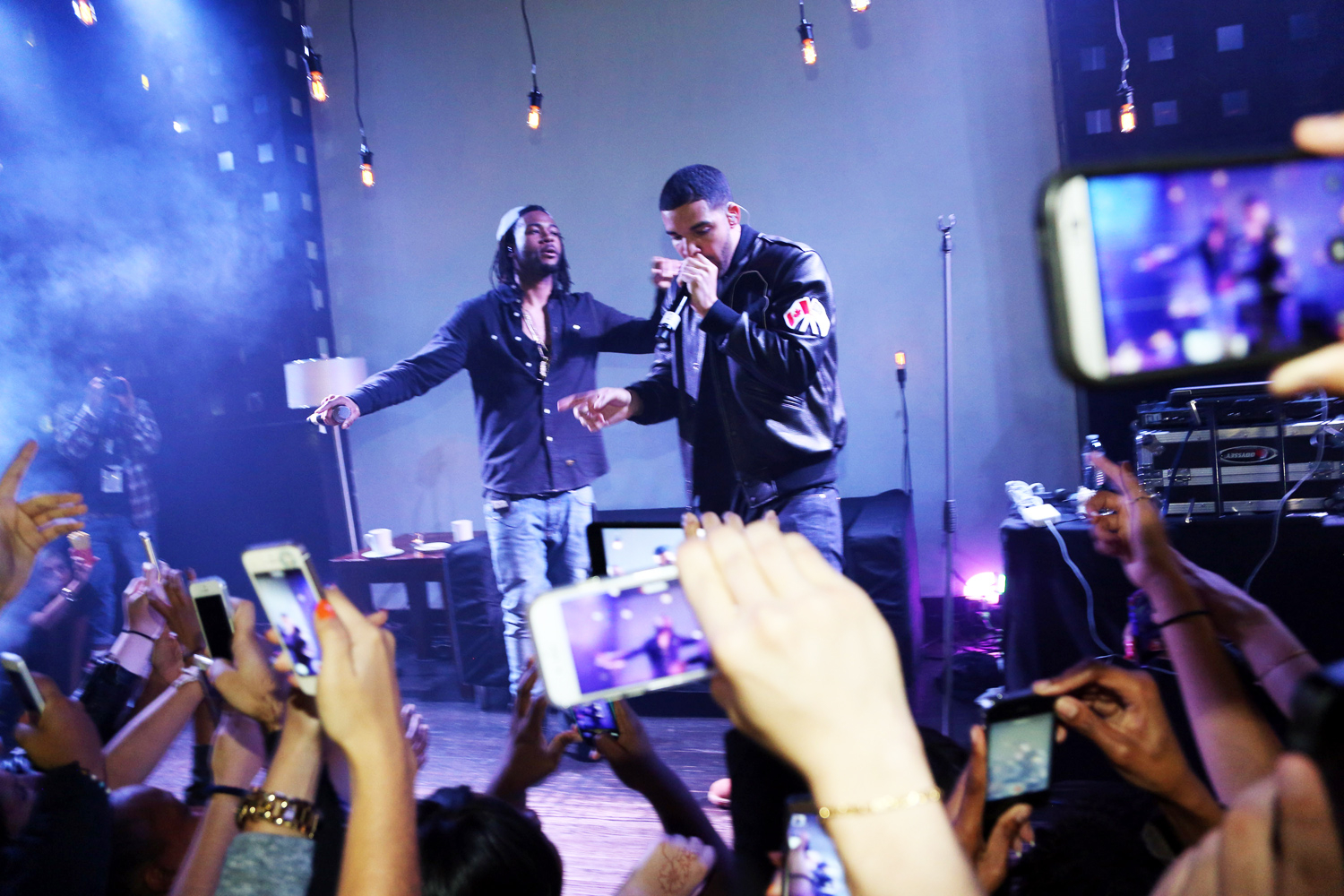 Elements of “Wednesday Night Interlude” can be found in “Persian Rugs,” a SoundCloud loosie from 2014, and again in this year’s “Come and See Me.” These songs are spare piano laments dressed up with programming that allows them to fit on contemporary radio. “I tried this year to make the party songs,” PND says. “It wasn’t in me.” And that includes Rihanna’s “Work:” “People think that’s a party song. It’s a breakup song. It’s blues. I went from braggadocious to blues.”

Despite the runaway success of “Work,” PND is not interested in writing more smashes for other artists. “It doesn’t make me happy,” he says. “I’m looking for joy. It’s a moment for Rihanna and Drake. I want to invest time in creating moments for myself.” On P3, these might come from a song like “Only U,” which incorporates Jamaican textures at a time when pop radio is tripping over itself to play more dancehall-inflected music. PND’s mother is Jamaican, and P3 includes more overt nods to this legacy than any of his past releases.

At the same time, he admits that some might find his melancholia off-putting. “Really pretty people like my music,” he explains, “and social media likes really pretty people.” (The model Kylie Jenner appeared in his “Come and See” video.) “This album is blues — it may steer away the pretty people.”

But he’s gained at least one important listener. “My mother didn’t listen to my first tape, or my second one,” he notes. “Now I get the texts like, ‘Jahron, this is what I was giving you $50 a month for.’ She can go back and tell her mom, ‘Look what my son made. It sounds like something we grew up to.'” This might finally give PartyNextDoor a reason to celebrate.