Needtobreathe are something of an anomaly in the current pop-music landscape. Despite an absence of mainstream radio support, the Charleston, South Carolina, foursome has built a massive live following and released increasingly higher-charting albums. Their most recent LP, Hard Love, came out in mid-July and landed at Number Two on the Billboard 200 (behind Drake’s dominant Views), their strongest debut to date.

Hard Love also represents a distinct shift in style, taking the band from the anthem-heavy Southern rock and folk of 2014’s Rivers in the Wasteland to decidedly more dance-influenced territory, as on the Shovels and Rope collaboration “Great Night,” which bears a trace of Depeche Mode’s “Personal Jesus,” or the soulful funk groove of “Money and Fame.” “Some of our fans might think that some of the synth-y things, programmed drums, stuff like that, is like a pop thing,” says singer Bear Rinehart. “That’s not the way we view it. We saw it as like this new frontier that we had never touched.”

Though frequently tagged as a Christian-rock band because of their initial successes in Christian radio markets, Needtobreathe resist that categorization because of the challenges it presents to non-evangelical listeners. While there’s a spiritual thread that runs through the songs of Hard Love, whether in the uplifting gospel harmonies of “Happiness” or the cautionary lessons of “Money and Fame,” the album ultimately scans more as generally hopeful and joyful than anything resembling overtly religious.

They day the band spoke with Rolling Stone, the members were coping with the brutal heat of summer during tour rehearsals at a cavernous Nashville production facility, coordinating their dazzling light and video show with amped-up, full-band arrangements of selections from Hard Love. Their Tour de Compadres, underway now, features a stacked deck of supporting acts such as Mat Kearney, John Mark McMillan, Parachute and Welshly Arms joining them for more than 50 dates – including a sold-out stop at Colorado’s famed Red Rocks. RS luckily found cooler environs to chat with Bear, his guitarist brother Bo, bassist Seth Bolt and keyboardist Josh Lovelace about the tour, their restless sonic experimentation and that pesky “Christian band” label.

You started the Tour de Compadres in 2015 with a different group of guests. What was the original philosophy behind the tour?
Bear Rinehart: We wanted to take our friends on tour. We wanted to make a festival on the road. Everybody in the business around us told us that was insane and it wouldn’t work and it’d cost too much money to bring that many bands, and you can’t play as long. Everybody has to get along I guess to make it work, but it’s been the most successful thing we’ve ever done and we have more fun doing it than any other tours we ever had.

Seth Bolt: We didn’t know if they’d say yes, because they’re all headliners in their own right.

Bear: Yeah, everybody has to check their ego at the door a little bit. You gotta play a little less than you normally would to make it work and you can’t have quite as much production as you might normally have. We’re playing each other’s instruments, which says a lot about the bands who come on it and the community we have and how much we appreciate being out there with people we love. 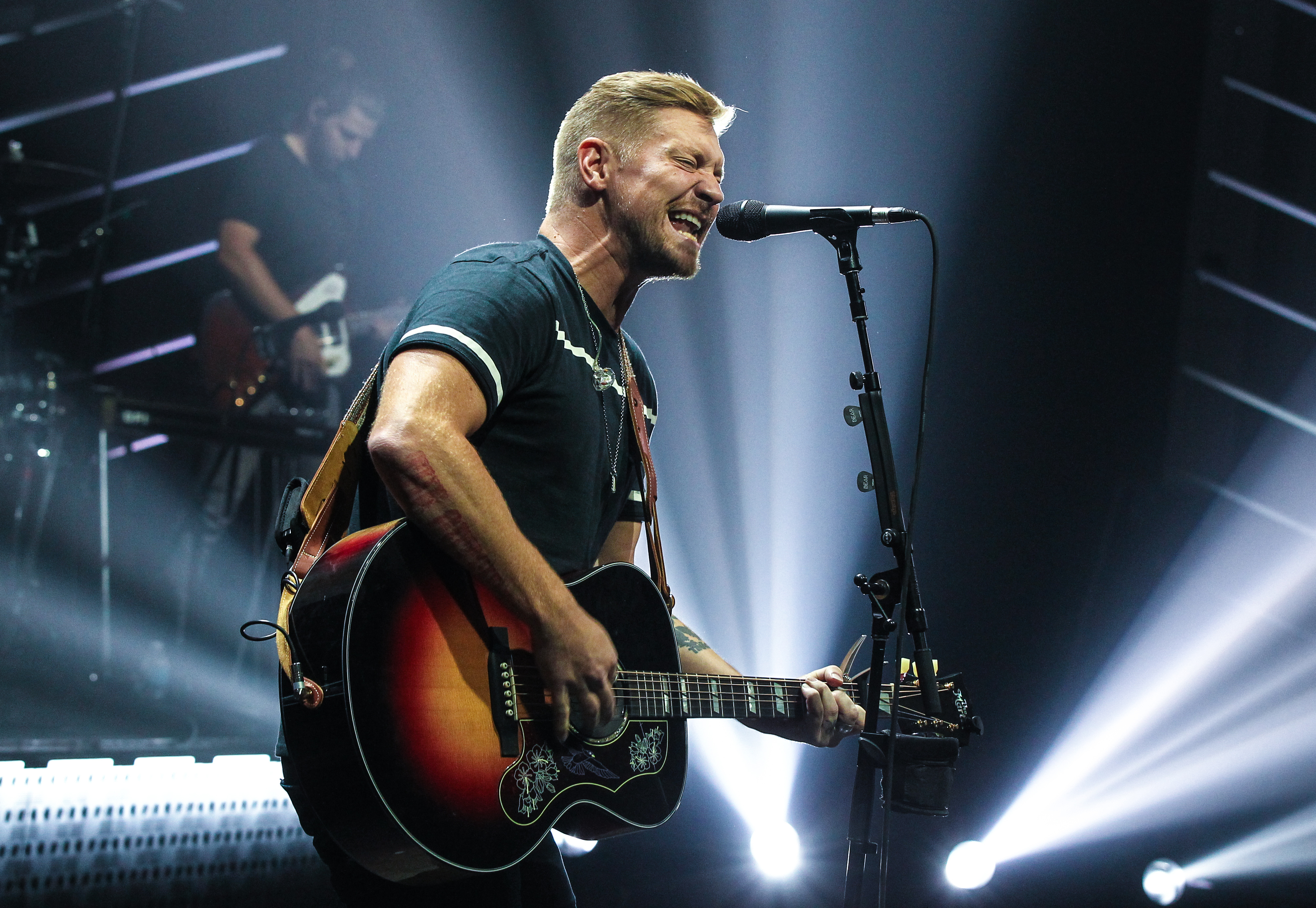 Do you feel like you can draw bigger crowds by combining all these talents on one package?
Bear: Yeah. The bonus of it has been we think of ourselves as a big arena, amphitheater band – at least, we’ve always wanted to do things like that. We’ve been just as comfortable in clubs, but we’ve always wanted to have huge light shows and big screens and all that stuff, and you’re always kind of limited by whether or not you can do that. But I think this is giving us that opportunity, obviously playing places like Red Rocks or the Greek Theatre or somewhere, you can bring a bunch of stuff in there.

Bo Rinehart: You try and make the whole thing more of an event.

Your album Hard Love came out in July and features more electronic textures than your past work. What prompted the change in style?
Bear: A lot of things … One, we made Rivers in the Wasteland during a time when the band was fighting a lot. It was what we were capable of at the time. We wrote some pretty heavy songs about our personal relationships and what we were going through and we didn’t have a lot of experimentation during that record. We pretty much got in a room and played them, because we couldn’t stand to be in the room with each other for longer than that. This record, because a lot of things happened with us over that period of time – major reconciliation – we spent more time experimenting like a garage band than we have since we first started.

Bo: The separation that happened on [Rivers in the Wasteland] forced us to write on our own, independently, so we weren’t going to the studio. We weren’t spending time with each other. And just to get the job done, we were going to the computer and trying out synth sounds and whatever. In some ways for me, at least, it was a little accidental. So the synth thing wasn’t like, “Oh, yeah, we want to be this now.” It just sounded good to us. It felt good.

SB: Even though the end result’s different, we were getting back to the roots of the way we used to, like the garage-band way, where we’d break the rules and put a bunch of crazy guitar pedals that aren’t supposed to go together and that made a great sound that excited us and built the music underneath it.

Josh Lovelace: Now we have, like. a billion sounds at our fingertips, which you can get on your computer and just cycle through it, like, “Oh, this is inspiring to me,” or “This isn’t.” You can pick your favorites and then build from there, which is kind of a rare thing. It’s a new process for us. 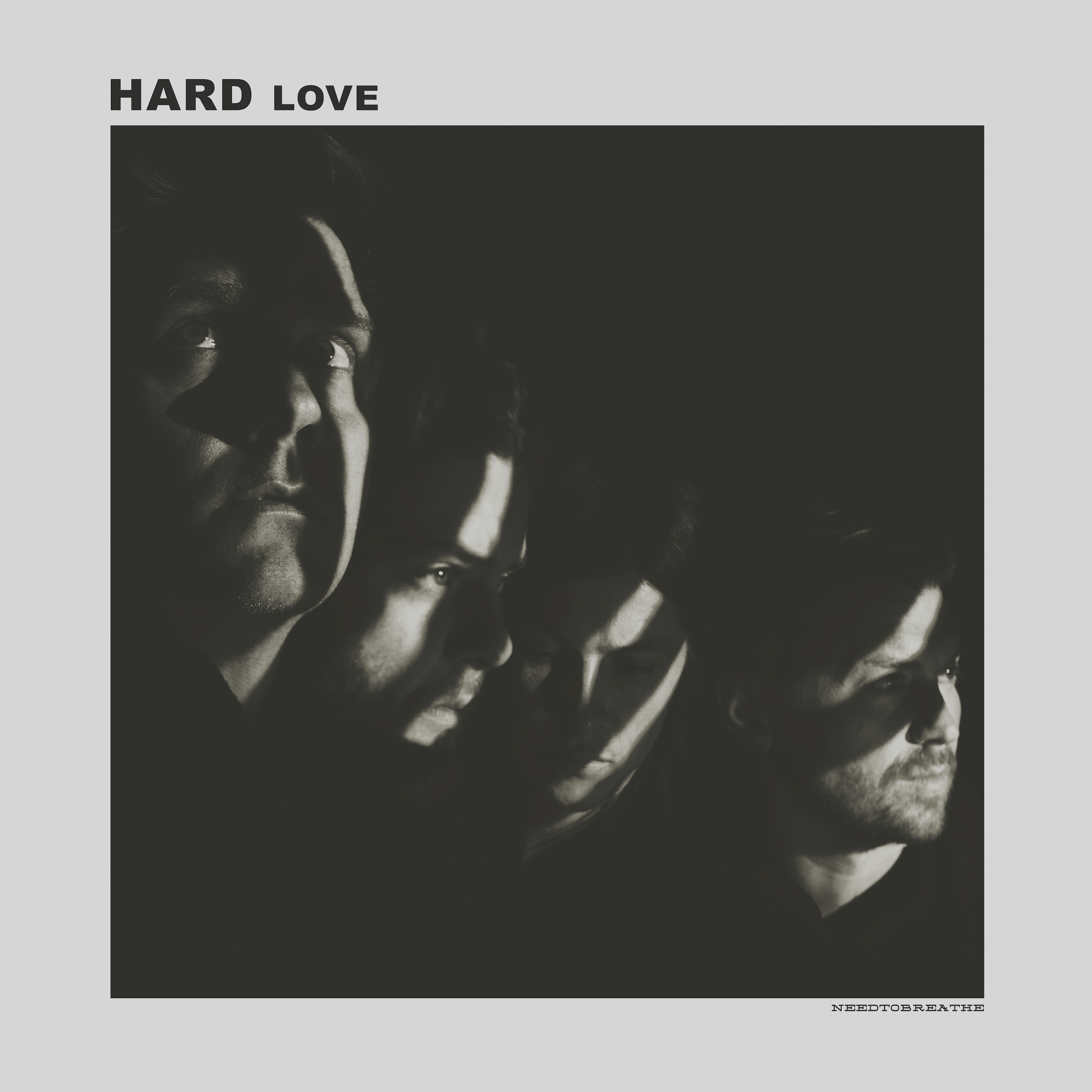 Do tracks from Hard Love pose any challenges for you to recreate them live with a more traditional rock-band setup?
Bear: You’re free to do some different things in the studio and obviously you take a lot more time with it. I think the whole idea of live is to have more energy, at least for us, so the rock thing makes the most sense. So probably anything we do on the records, even if we’re trying to make a rock record, ends up more rock live. It’s gonna be guitars and drums and bass. And then we add the other stuff along with it. … We’ve got singers and steel and all that, but that’s the icing on top.

Articles in mainstream press outlets tend to quickly designate you as a Christian-rock band. You’ve never shied away from talking about your beliefs, but does that term feel limiting to you?
Bear: Any label is limiting. That one in particular is especially limiting. Because if you’re not a Christian or you don’t like Christian music, I think when you read that you just think, “This band sucks.” To me, I think people pass over the band all the time because they read that.

Why do you think that is?
Bear: I think there’s a million different things that people mean when they say “Christian” – that word, much less Christian music. I was thinking today – I got a direct message or something from this guy, and he said, “I hate the new record. You used to be a Carolina band.” And I was like, “I don’t know what Carolina band means.” We still are – we didn’t move or anything. So for him, that must’ve meant acoustic guitar or something. For me, that means something different. That’s the problem with that term [“Christian”] – it’s confusing. But I think the reason people probably think “I don’t want to listen to this band” is because when they think of Christian music they think of Stryper or something crappy; they think of music that’s not as good.

SB: And religion can be polarizing, but music is what brings us all together.

There are artists like Sufjan Stevens and Tori Kelly who acknowledge their Christian beliefs, as well, but they’re allowed to play outside that space. What do you think the difference is for them?
Bear: I can’t say for other artists what their path has been. I can say for us, we got into it innocently enough. We were raised in a really strict home. Our parents would only let us listen to Christian music when we were kids. So when it came time to sign a record deal, Christian record deals came and we said no to all of them. Waited a couple years until the right record deal came, which was Atlantic, which we’ve been on ever since. But we just said to them in passing when we first started, we want the records to be available to everyone, including those kids like us, because it was tough for us to find music that we liked. And we really started writing music because of that. We thought that music wasn’t very good.

SB: We listened to every demo in the Christian bookstore because that’s the only place we were allowed to buy records.

Bear: We were listening to Christian metal at 12. It’s the classic story. But that’s how it all started. But the thing that’s tricky, it’s like, people don’t call Johnny Cash Christian music. He could make a church record or a hymn record. People have the right to change their religions. They have the right to change their feelings. Each record we make reflects what we’re going through at the moment. Our faith is really important to our lives and who we are and it definitely comes through in the music, but trying to say that our faith is the same as it was when we first started out is crazy to us.

There’s a spiritual thread running through a lot of your work, but it’s frequently not an explicitly Christian message.
Bear: The thing that’s tough for us to deal with is, one way to get away from the Christian stereotype would be to be the opposite. They want you to cuss everybody out, become alcoholics, whatever. It’s like, those things aren’t mutually exclusive. We can be about good things. We can be about charity. That’s something we feel like is important. We’re about family; we’ve got brothers in the band. We’d like to be one of those bands with brothers in it that doesn’t end up breaking up because we fight so much. Those are positive things. Hopefully we inspire people with music.

Those seem like decent, human aspirations that aren’t exclusive to any faith.
Bear: Our favorite thing by far to get from a fan is, “Hey, I’m Jewish but I still really like your music – I don’t know if that’s cool or not.” I respond to every direct message we get from somebody like that. I hate the idea that they somehow feel like I didn’t make the music for them, that we didn’t play music for everyone. The idea when you make music or you write songs and whatever and you have an audience in mind, I would say Christians are probably really late on that list, maybe last on that list, I don’t know, but it never comes into my mind as a target audience. I think that’s what Christian music is. I don’t think there’s anything wrong with Christian music. I just don’t think that’s what we are or what we do.