This story begins with a little twist, a punch to the right, a body roll and a look (A. LOOK.) into the camera. You’re six seconds into the K-pop group NCT 127’s music video for their song “Kick It,” and the nine members are either pulling off some impressive dance moves or just getting warmed up. A few beats later, and it’s clear it’s the latter.

This is NCT 127, and much like AA, the first step to understanding the K-pop group is admitting that you’re powerless to its charm. With teen idol good looks, enviable style and seemingly unlimited swagger, it’s easy to see why millions of “NCTzens” (pronounced en-citizens) have become addicted to the nine-piece boyband, who were put together four years ago as a sub-unit from the South Korean supergroup, NCT.

Wonho Rising: A K-Pop Prince Stakes His Claim to the Throne

Tomorrow x Together: Leaders of the Fourth Generation of K-Pop 'It Boys'

In music videos and on stage, Doyoung, Haechan, Jaehyun, Johnny, Jungwoo, Mark, Taeil, Taeyong, and Yuta boast slick moves and intricate choreography that would be difficult for even professional dance troupes to master. Add the fact that they’re also singing and rapping (and harmonizing!) on top of that and, well, it’s no wonder NCT 127 is one of the most popular and respected acts in K-pop today.

The new NCT 127 era starts with their second full-length release, aptly titled The 2nd Album NCT #127 Neo Zone. Released via Capitol Music Group, the 13-track set arrives Friday led by the aforementioned single, “Kick It” and the mid-tempo ballad, “Dreams Come True,” which was released on January 27 to coincide with #NCT127DAY (1/27).

Combining Nineties R&B with trap, dance and even Latin-tinged beats, the 13-track set roars and rumbles like a Fast and the Furious movie, with visuals to match. Video teasers were posted for each song leading up to release day, while the music video for “Kick It” has amassed close to 10 million views in the first three days of release. 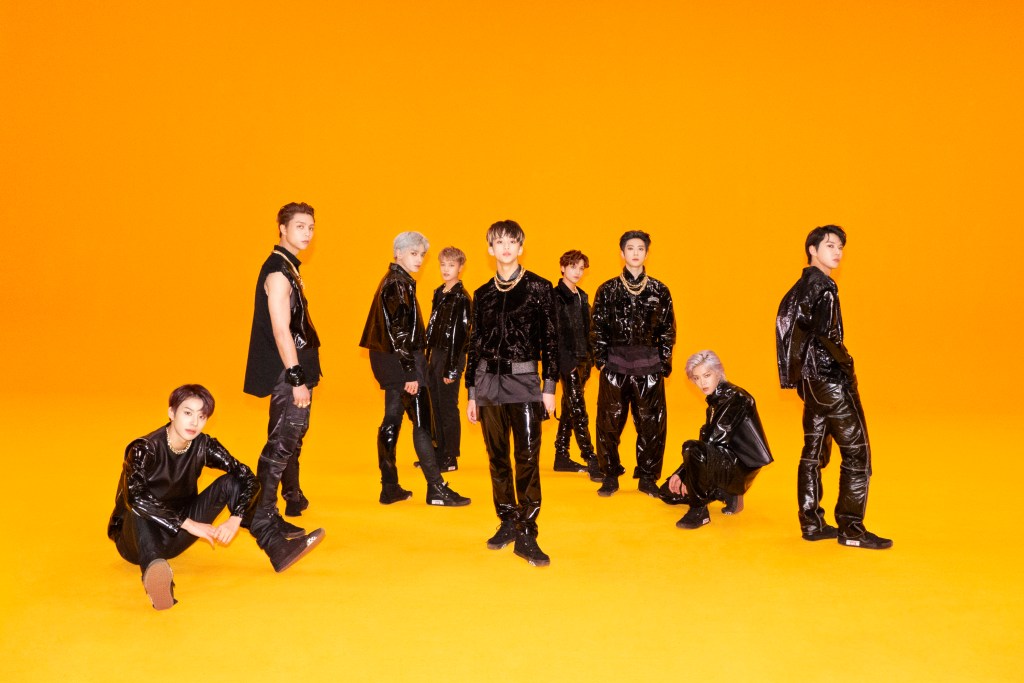 The ability to seamlessly slide in and out of genres while experimenting with different sounds is what makes NCT 127 stand out among a crowded field of competitors. Eager to expand their repertoire, the group worked with producers like the Stereotypes (Justin Bieber, Bruno Mars) and newly appointed Recording Academy president, Harvey Mason Jr. on Neo Zone, while bringing in songwriters like “Mine” singer Bazzi and Patrick “J. Que” Smith (Beyoncé, Ariana Grande).

While many K-pop groups are simply presented with tracks to record, NCT 127 members Taeyong, Johnny, and Mark earn writing credits on a trio of songs from Neo Zone, including the raucous club-banger, “MAD DOG” and the jazzy, slow-burning, “Pandora’s Box.”

For Johnny, best known as the lead dancer of the group, getting a chance to write for the album was a freeing, if nerve-wracking experience. “Writing the lyrics to our songs was very exciting, but also at the same time there was a lot of pressure because it is a song for our team,” he tells Rolling Stone. “You don’t want to mess anything up. It was my first time taking part in the writing, but I noticed how I felt vulnerable almost, showing another side of me that’s never been shown before, and knowing that the lyrics I wrote would be in our song.”

The sense of vulnerability is a theme that carries in and out of the album, with lyrics that tackle everything from self-confidence to unrequited love. While K-pop is often — unfairly — stereotyped as “bubblegum,” the songs on Neo Zone are anything but lightweight. On “Dreams Come True,” the guys sing about the pressures of trying to find success before declaring that the “competition [is only] with myself, nobody else.”

On the defiant “Sit Down,” the guys call out an unnamed rival while rapping over a thunderous beat that’s begging for a Dillon Francis feature.

Sit down, don’t tell me what to be
Sit down, I’ll show you how to be
Sit down, zip it, lock it down, sit down
Don’t get up, don’t stand up
Please don’t put your hand up
And don’t make me tell you again: sit down.

Even the ballads feel darker, like the synth-driven “Not Alone,” where the guys reflect on the costs of fame, before reaffirming their commitment to tackle challenges together, ending the chorus with, “Can you feel not alone?” 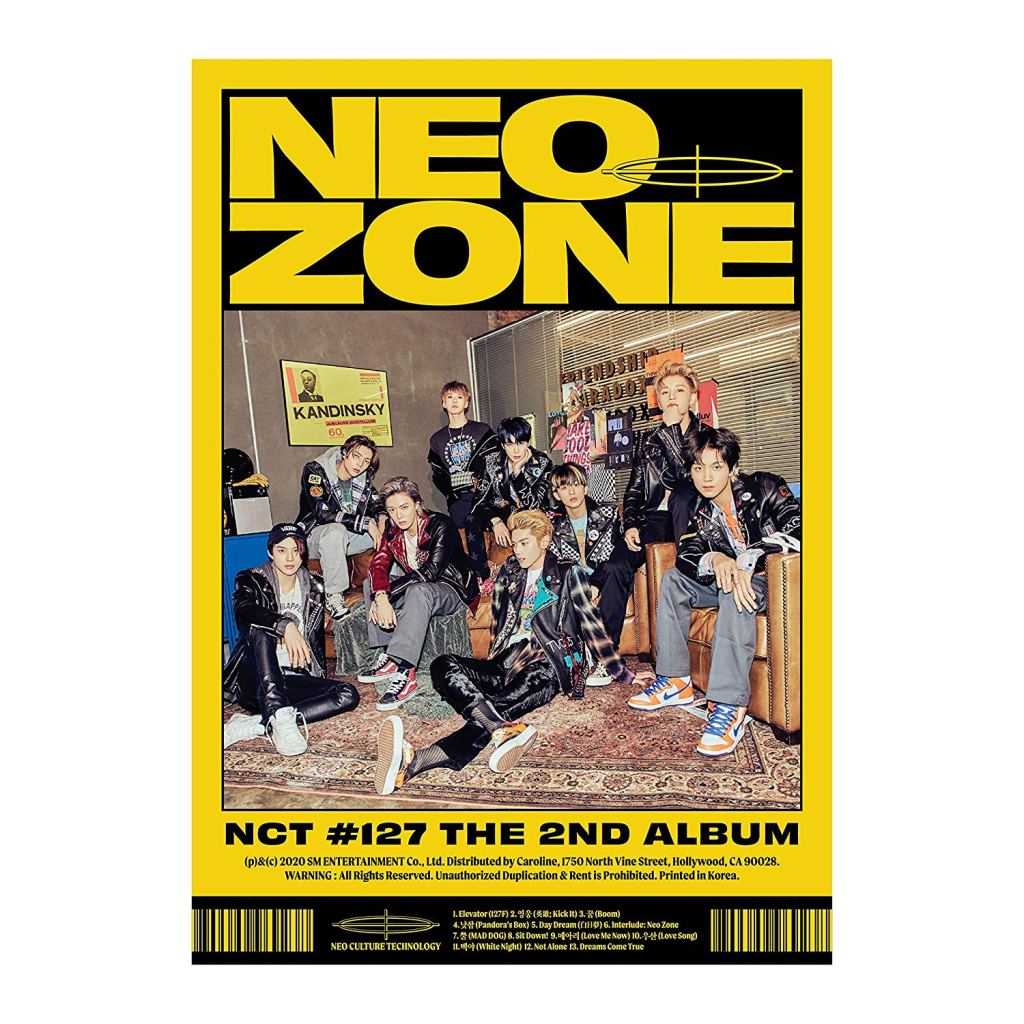 In addition to dropping on all streaming platforms, three physical versions of Neo Zone are being released: the N version, C version, and the T version. Each limited-edition CD will have unique packaging, photos and exclusive content. The guys are also set to embark on an ambitious promo tour that includes a stop at the Houston Livestock Show and Rodeo on March 10th, marking the first time a K-pop band has played the event. (While some artists have canceled travel due to the coronavirus outbreak, a publicist for NCT 127 confirms the rodeo gig is still a go as of this writing.)

After that, the group begins rehearsals for its 2020 North American tour, which kicks off June 5th at Madison Square Garden in New York, before finishing in Seattle on June 21st. The tour — and new album — marks the return of Jungwoo to NCT 127 after his hiatus from the group last year (reportedly due to health reasons).

The new tour also follows a sold-out 11-date run in the U.S. and Canada last year, which included stops in Mark’s hometown of Toronto and Johnny’s hometown of Chicago. But while they’ve made inroads into the notoriously difficult-to-crack North American market (especially for Asian groups), the guys say their sights are firmly set on a larger goal.

“Reaching our U.S. audiences will be a great experience for us, and it is also a promise we made to our U.S. fans during the last tour,” says Mark, who moved to Korea as a teenager after being recruited by SM Entertainment. “I believe that spreading our music globally has always been our goal. Touring North America is definitely a big part of that,” he says, “[but we] are planning on meeting more of our fans all over the world as well.”

“Of course, we’re always grateful for the opportunity to grow. But while preparing for our North American tour, our goal isn’t necessarily just to have success in the U.S. in mind,” Jaehyun adds, “but always keeping our international fans and audiences all around the world in mind, and making sure we work hard for everyone.”

NCT 127 is part of a wave of current Korean artists with global appeal, but if there’s pressure to stake a claim to the K-pop throne, you wouldn’t know it from talking to the group members, who say there’s room for everyone at the top.

“With so many K-pop artists, there is an inevitable large amount of competition,” Johnny admits. “[But] I feel like we can encourage and cheer each other on, but also have a friendly competition and create even greater music and performances. In the end, we just want to grow and mature as artists, and make our fans happy in the process.”

After their sold-out tour last year and the positive reaction to their fourth “mini album,” We Are Superhuman (which debuted at Number 11 on the Billboard charts), the “NCTzens” have high hopes for the Neo Zone era, and the guys say they’re ready to show that NCT 127’s success is no fluke.

“I think each member has no limit to our potential and how much more we can develop and mature from here on out,” Taeyong, the leader of the group says. “The synergy we have together is really great and big.”