When Mumford & Sons‘ bassist Ted Dwane showed up at his London studio early last year to begin work on the group’s third album, he was confronted with a surprise: a room full of synthesizers. “It was bizarre,” he says. “I didn’t expect we were going to do the same thing again – but this was crazy!”

On their new album, Wilder Mind (out May 4th), Mumford & Sons have mostly removed their signature elements – banjo, acoustic strumming, stomping kick drum – and replaced them with U2-sized guitars, synths, spacey mellotrons and even some drum machines. “We felt that doing the same thing, or the same instrumentation again, just wasn’t for us,” says frontman Marcus Mumford. “We’ve got a broader taste in music than just that.” Adds Dwane, “None of us had really any interest in doing a sort of Babel 2. It was always going to be different.”

Near the end of the tour supporting their last album, Babel, the band was worn out both musically and mentally; they’d been touring more or less nonstop since 2009’s Sigh No More and were looking for new sounds. At sound checks, Winston Marshall traded his banjo for electric guitar and Mumford started playing more drums as the band jammed on heavy instrumentals and even some Radiohead tunes.

In September 2013, Mumford & Sons began what they thought would be a lengthy break, but found themselves back at work only three months later. After a couple of days in London at Dwane’s studio, the band headed to Brooklyn to write and demo tracks at the garage studio owned by the National’s Aaron Dessner. Mumford and Marshall were living in New York throughout the process (Mumford’s wife, actress Carey Mulligan, is returning to Broadway in the award-winning Skylight production this month).

“None of us had any interest in doing Babel 2. It was always going to be different.”

It was in New York where they wrote “Ditmas,” a catchy power-chord thrasher about a fractured relationship that set the tone for the album (Dessner’s studio is located in Brooklyn’s Ditmas Park neighborhood). “To people that have heard it, it sounds like a jolt,” says Mumford. “But for us, it was just where we were headed.” The city is a recurring theme on the album (see also “Tompkins Square Park,” a vaguely Strokes-y breakup song).

While Mumford wrote most of the lyrics for Sigh No More and Babel, the band shared the load this time. “The boys kept coming up with a bunch of amazing lyrics that I found really fun to sing,” said Mumford, who admits he had little to do with writing the intense, slow-building first single “Believe.” ‘It was quite a liberating experience  – really relishing singing someone else’s lyrics.” 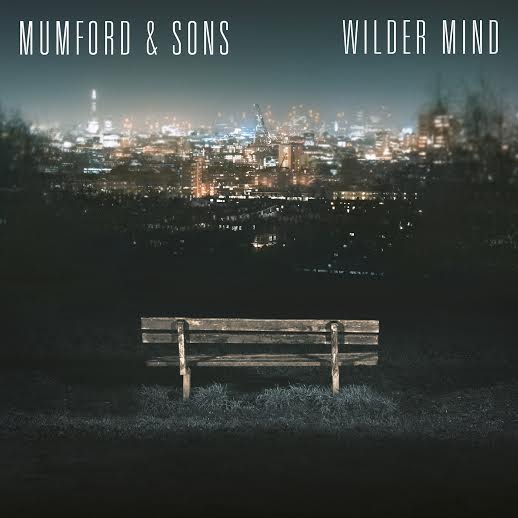 The band had plenty of experience to draw from. Since the last album, Dwane and banjoist-guitarist Winston Marshall have both seen the end of long-term relationships, and turmoil and heartbreak define songs like “Believe” and “Only Love.” “Half of the band has gone one way towards this sort of happy marriage, and the other half has gone the opposite direction to a lonely single existence,” says Dwane with a laugh. “So there was sort of two people writing from one spectrum and two people writing from the opposite spectrum. Certainly the sentiments expressed on the album are all drawn from personal experience, unfortunately.”

In sessions at London’s Eastcote Studios, Mumford and producer James Ford traded off drumming duties, while the band built their fresh sound around Ben Lovett’s new keyboards and Marshall’s searing lead guitar. “Anyone was able to pick up a synth, or a drum machine, or electric guitar and just create,” says Mumford, who praises Ford (who’s also worked with Arctic Monkeys and Haim) for helping them find their new sound. “With this album, there was nothing off the table.”

But as the band added more and more new instruments to the mix, restraint became important. “We’ve sort of become a bit more patient,” Mumford says. “There’s way more space on this record than there was on the last two… I think all our favorite bands have albums that are really urgent. But they have so much space in them. You listen to an Old Crow album and there’s not a huge amount of space there. But you listen to a Led Zeppelin album and you actually hear the space. All our favorite bands, from Dire Straits and Fleetwood Mac to Radiohead, all go about it in interesting ways.”

Mumford & Sons are already rehearsing the new songs for their summer tour, which includes a headlining slot at Bonnaroo and several of their Gentlemen of the Road Stopover Shows, where the band takes over an out-of-the-way town and stages a two-day festival (see dates below). They’ve also hired a drummer for their live shows. “Being a bass player in a band without a drummer for seven, eight years has been kind of weird,” says Dwane.

With their big new sound, is the band looking to be a stadium act? “I really don’t know. We’re not planning any,” says Dwane. “Honestly, we’re still getting our heads around the fact that we get to get on an airplane and play music outside of London. So, we’ll see.”