“Thank God I wasn’t actually feeling all of what the lyrics were saying,” Kirk Windstein says with a nervous laugh. “I probably would have committed suicide 25 years ago.”

The 51-year-old guitarist, singer and songwriter is looking back on the early work of Crowbar, the New Orleans metal band he has led in various incarnations since the late Eighties. The group made its name with albums like its self-titled 1993 sophomore LP, which paired massive, relentlessly charging riffs with Windstein’s angry barks and anguished bellows on songs such as “Existence Is Punishment” and “I Have Failed” that chronicled the bleakest extremes of abject depression.

The theme of struggle still looms large in Crowbar’s work, but on the band’s new LP – The Serpent Only Lies, out Friday – Windstein is singing from a place of resiliency rather than despair. “If you grow a set of balls/It just might change your life,” he roars on “The Enemy Beside You,” a harsh condemnation of what he calls the “woe is me” personality type. In line with other strong recent Crowbar efforts, the album transcends any one heavy-rock subgenre, ranging from weighty post–Black Sabbath grooves (“Plasmic and Pure”) to headlong Motörhead-style anthems (“I Am the Storm”), with songs like “Embrace the Light” representing Crowbar’s own signature blend of towering riffage and mournful melody.

“People call it ‘sludge’ – whatever they wanna call it, that’s fine,” Windstein says, discussing the band’s sound in his deep Southern drawl. “But to me it’s just heavy, emotional music. I’m very proud that the second you hear it, you know it’s Crowbar.”

The band’s progression to this mature, readily identifiable style has been a gradual one. In Crowbar’s early days, Windstein was out for extremity alone, following the lead of bands like Brooklyn’s Carnivore, a rage-fueled hardcore-meets-thrash outfit led by future Type O Negative frontman – and Windstein’s late friend – Peter Steele. “When Crowbar first started out, I was so concerned with everything being heavy,” he explains. “‘Oh, we can’t do that – it’s too melodic.’ We had kind of intentionally painted ourselves in a corner.”

That hard-line approach served Crowbar well in the early Nineties, when they enjoyed a brief moment of MTV visibility. Their video for “All I Had (I Gave),” a particularly harsh, memorable single from the self-titled LP, was a staple on the network’s metal showcase Headbanger’s Ball and even turned up on Beavis and Butt-Head. In the latter clip, the animated teens liken the bald, burly Windstein to a militant assistant football coach before Butt-Head observes of the singer, “He’s having trouble defecating.”

“I thought it was amusing,” Windstein says of the appearance. “They could have a field day laughing at us, but as long as they jammed out to it and didn’t say we sucked, that’s cool.”

Crowbar’s commitment to extremity only intensified through the mid-Nineties. But by the time of the group’s fifth album, 1998’s Odd Fellows Rest, Windstein was beginning to write disarmingly heartfelt songs that didn’t rely on mere bludgeon to get their point across. The next Crowbar LP, 2001’s Sonic Excess in Its Purest Form, perfectly balanced the heft of their early work with a new depth of feeling.

“The older I get, the more I embrace the melody and the songwriting of classic rock and early New Wave of British Heavy Metal,” Windstein says. “Take bands like Saxon, Judas Priest, Iron Maiden. … The reason those bands are still around is ’cause they write great songs; there’s hooks, there’s choruses, there’s bridges. Being heavy for the sake of being heavy or loud for the sake of being loud is fine, but to me, it gets old kind of quick. There needs to be real songs and melody along with the aggression.”

It isn’t only classic metal that inspires Windstein: Crowbar’s 2000 LP, Equilibrium, featured a gritty yet reverent cover of Gary Wright’s 1975 soft-rock staple “Dream Weaver.” “I’m just a sucker for those melodic Seventies radio hits,” Windstein says. “It’s pop, but ‘pop’ means popular: It was popular because it was good. In extreme metal, a lot of the vocals are atonal; there’s no melody. But for a band like Crowbar, we’re not trying to do that; we’re trying to be a 2016 version of a Led Zeppelin or a Black Sabbath.”

As Crowbar were reaching full flower in the early 2000s, Windstein was also keeping busy with Down, a bluesy supergroup of Southern metal luminaries including Pantera’s Philip Anselmo, Corrosion of Conformity’s Pepper Keenan and Eyehategod’s Jimmy Bower. The band provided Windstein with a more visible platform but relegated his main project to the back burner: Crowbar would release just one album between Sonic Excess and 2011’s Sever the Wicked Hand. 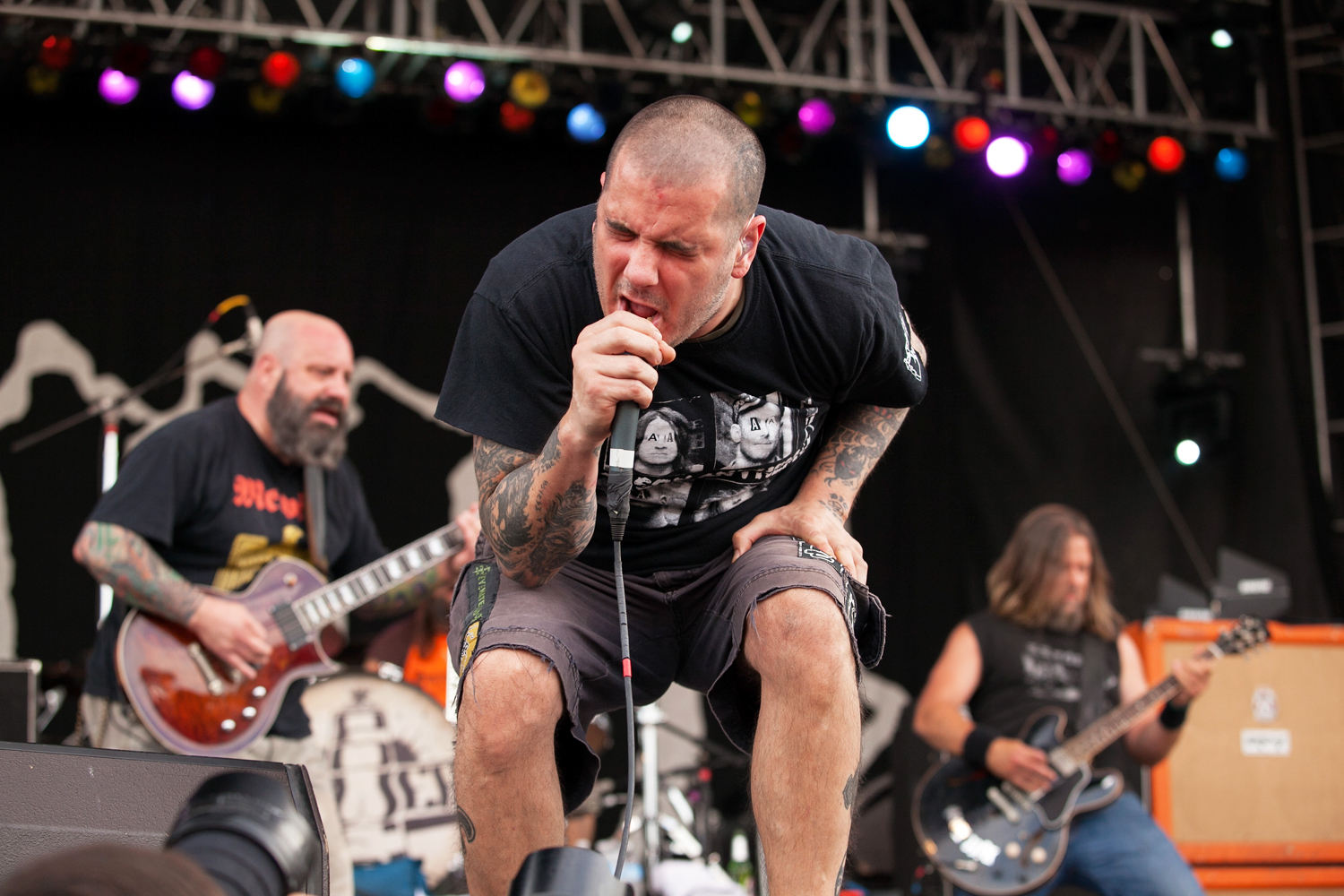 In 2013, Windstein left Down to pursue Crowbar full-time. “It was a little bit intimidating, but if I didn’t believe in Crowbar from the very beginning, I wouldn’t have even gotten as far as I did up until that point,” he says of the decision. “It’s very satisfying and fulfilling because [the band] really is my baby. And there’s no such thing as breaking up; as long as I can do it, and I’m still around, there’s gonna be a Crowbar.”

These days, Crowbar is effectively a family business, with Windstein’s wife, Robin, handling social media, merchandise and U.S. tour management, and even contributing to the songwriting process. “It’s not like we sit down together like, you know, Ashford and Simpson,” Windstein says. “But it’s cool because she’ll just leave her notebook laying around and I’ll be writing lyrics and I’ll be like, ‘Fuck, I can’t think of anything. …’ And I’ll grab her stuff and go through it and go, ‘Wow, this is cool.’ Actually, the title for [Serpent Only Lies opener] ‘Falling While Rising,’ that was a one-liner that she had, and a lot of those lyrics are hers. She’s got a lot of great ideas; it’ll spark my creativity.”

Windstein is also feeling inspired by the recent return of bassist Todd “Sexy T” Strange, a core member of Crowbar’s early lineups, after a 15-year-plus absence. “Todd was really nervous about the first show, but a couple shows in, it was like, boom, better than ever,” he says. “And the camaraderie onstage and the whole vibe with everything is great. He gets it because he was part of the creation of it.”

A harmonious personal life and stable band dynamic might seem antithetical to a man still howling out songs like “I Have Failed” onstage most nights. But Windstein doesn’t see a contradiction between living well and communing with his metallic muse.

“I just love the doomy, dark, minor-key, heavy stuff,” he says. “I could be sipping a fuckin’ Mai Tai in Maui on vacation and write the heaviest shit I’ve ever written. I don’t have to be burning candles at midnight with a thunderstorm outside to write a heavy riff.”