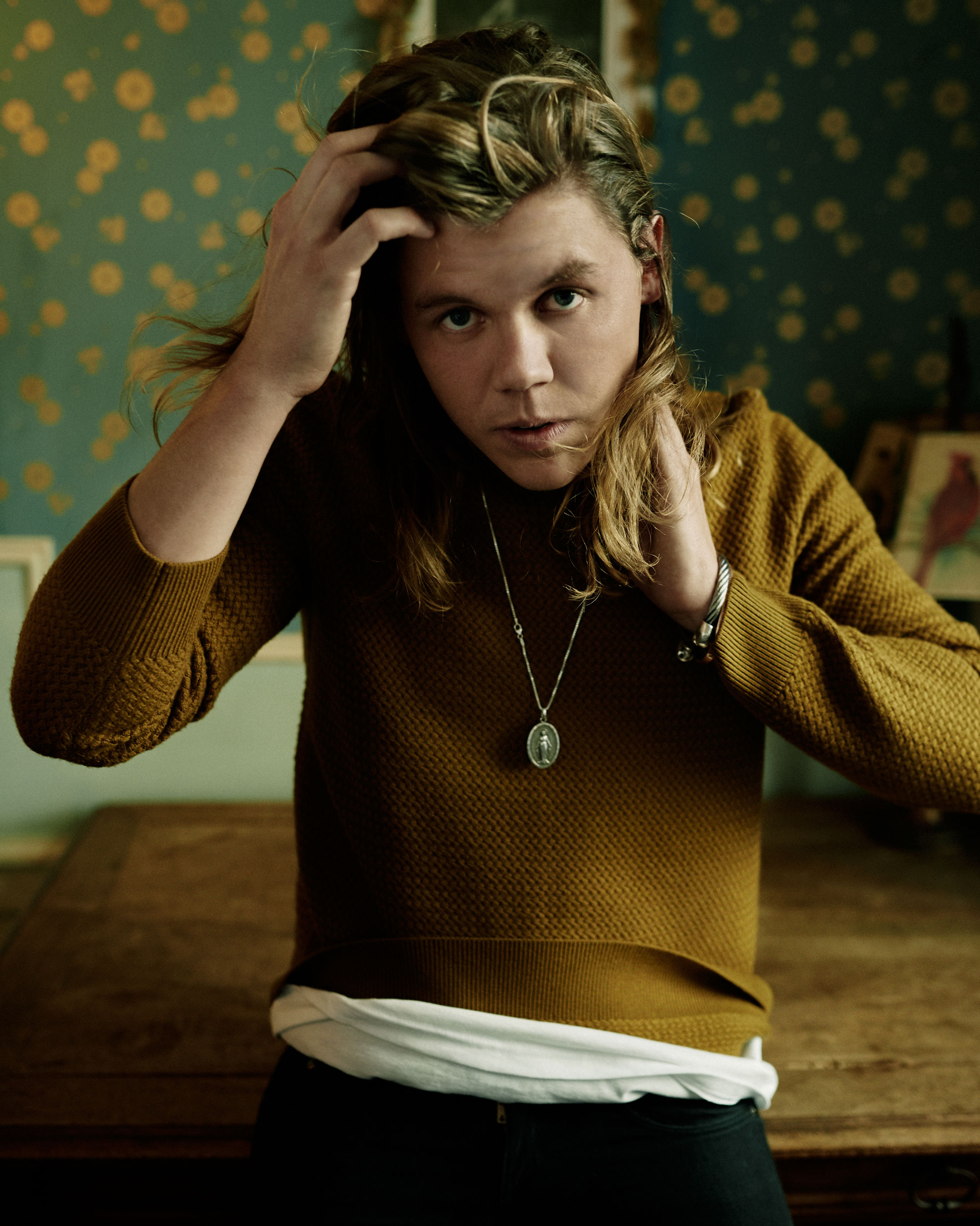 Former Warner Music Group CEO Lyor Cohen is known for driving successful hip-hop careers, including those of Def Jam artists from DMX to Jay Z. On Monday night at the Lynn Redgrave Theater in downtown Manhattan, the executive introduced his media cohorts to a different kind of act: a dewy Australian singer-songwriter named Conrad Sewell – or simply, Conrad.

The 25-year-old, recently signed to Cohen’s 300 Entertainment, opened with an original ballad (“Start Again”) that he almost gave to Kylie Minogue. He had written the forlorn love song while crashing on a friend’s couch after unrelated breakups with his girlfriend and his band. Though his delivery rivaled the anguish of Sam Smith, his precise hair-flipping – perfected during his time with that group, Sons of Midnight – was exuberant and pop.

Backstage, Sewell was open and self-deprecating. Twisting that flaxen mane, he admitted that he looks almost “like Marky Mark from the movie Rockstar – without the six-pack.” Sewell has a tattoo of the Divine Mercy on the inside of his left wrist, only a Les Paul guitar forms the center of the crucifix. “I got that when Les Paul died,” he told Rolling Stone, expressing a love for classic rock and an openness toward more recent hitmakers. Bono, Brandon Flowers and Chris Martin are his fantasy tour mates, but he would be just as happy to bus with the Backstreet Boys: “Nineties music was what I grew up with, and I want to make music that’s soulful, but that you can also dance and drive to.”

The Brisbane native spent his childhood cold-calling producers and auditioning for Australian Idol (He used a Craig David song, in case you were wondering). His grandparents worked as entertainers who opened for the Bee Gees “before they were the Bee Gees.” “My grandfather was like Australia’s Tom Jones,” Sewell said. His younger sister, Grace, has the music gene too. At age 15, she’s already signed to RCA.

When Sewell and his high school mates formed the Sons of Midnight, eventually signing to Universal Germany, he got his first blush of fame. The band wanted to be the next Strokes or Kings of Leon, but Sewell’s pop-friendly voice softened their edges and helped make their biggest single, “The Fire,” a hit in Europe. So they lived, briefly, like teenage musical David Hasselhoffs and had the time of their lives.

The singer described their routine – “hotels every night, drinking like animals, partying” – before relaying the story behind one of his most notorious gigs: “Once we played for the Princess of Monaco in Paris. We were the biggest ducks ever, wearing rented tuxedos. We trashed the party, took a bunch of girls and champagne in limos underneath the Eiffel Tower and set up an acoustic show. It was like a Hilary Duff movie.” A special moment, because he was “a total ‘Lizzie Maguire’ fan back in the day.”

Onstage, Sewell draws upon the gravitas of Hozier (“Remind Me”), but knows his way around a mic stand as well as any Jonas Brother. Cohen watched intently from the first row as the crowd wiggled in their suits to the funky beat of “Ceiling” – Sewell’s Pharrell-inspired track – and “Beautiful Life,” a piano-driven pop song in the key of “Don’t Stop Me Now.”

The short set then closed with “Hold Me Up,” a throwback to the aerobic joy of Eighties tracks like “How Will I Know.” At last, the crowd loosened up, clapping to the beat as Sewell flicked one of the hanging light bulbs and nimbly leapt on top of a speaker. If all goes according to plan, that respectable applause will soon be replaced by the screams of adoring fans.

Sewell won’t object. “I like females,” he said before the performance, “I’m down to share some of Harry’s love.”