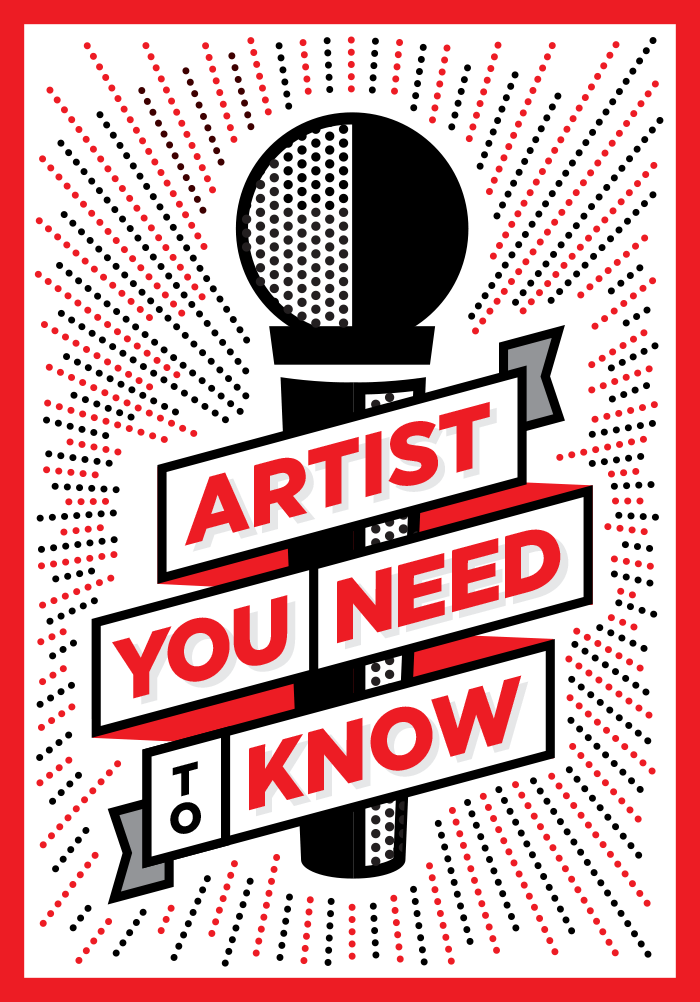 The romantic, EDM-fueled songs of Lauv, the 23-year-old singer-songwriter born Ari Leff, are more than just an Internet sensation. Though he didn’t have single chart on the Hot 100 until last month – “I Like Me Better,” 75 million YouTube streams and counting  – he’s already met fans tattooed with his lyrics. Just a few nights before he spoke to Rolling Stone, he spotted a girl in the front row sobbing during “Breathe,” his song about deciding to let go of a relationship.

“I kneeled down for an entire chorus, hugging her as hard as I could and singing,” Lauv recalls. “Those kinds of moments are my favorite thing. They feel it so much that they can’t hold back what they’re feeling. I just want to hug them and be there with them.” 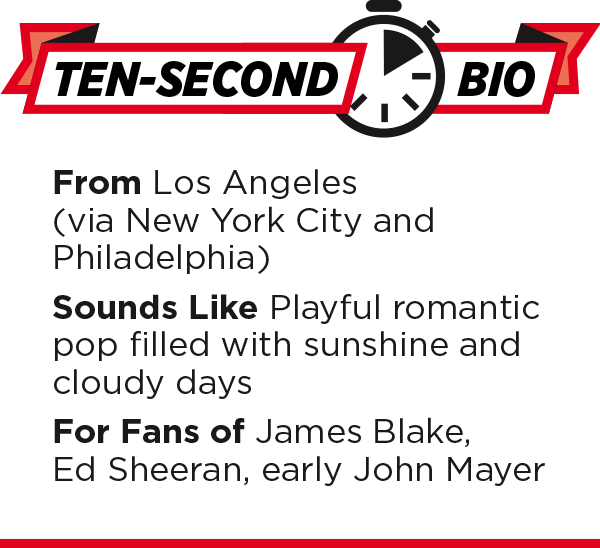 Though his music is deeply emotional, Lauv hits the Troubadour in West Hollywood with an understated ease, arriving in a cloud of smoke and stepping through the fog with some subtle dance moves. Tall and dressed playfully in a fuzzy blue coat, he’s beginning another night on the road singing tender, evocative pop tunes about his first meaningful romance. To a silky, modern R&B heartbeat, Lauv picks up an umbrella with the words “I met you when I was 18” painted across the inside and nearly swoons as he sings: “Anywhere with you feels like Paris in the rain.”

Lauv’s set features more than a dozen fervent songs dedicated to the arc of that same relationship, from its hopeful beginning to its closing heartbreak.

“I sort of feel that I have to constantly be really, really honest with the way I feel, and I have to get that out,” Lauv explains over coffee the next morning. “All the best art and music feels like some type of truth – even if it’s really simple – that you just can’t deny. A listener can feel that.”

Preparing for his second sold-out night at the Troubadour, Lauv is relaxed on the back patio of a nearby coffeehouse. His auburn hair is cut short and swept rightward, and around his neck is a medallion shaped like the hand of God from Michelangelo’s Sistine Chapel ceiling, as a constant reminder about his “struggle with letting go of control.” On his left arm is a pair of tattoos, including the words “Free yourself.” Lower down is a row of numbers marking the coordinates of a random alleyway next to a Philadelphia 7-11 where he and a friend found themselves one night.

The numbers have become a source of mystery for some. “One girl asked me if that’s where I lost my virginity,” he says with a laugh. “Is that what you think I want to get tattooed on me? I don’t know if I want to be reminded of that forever.”

Fittingly for this romantic, his name sounds a bit like “love,” but the word actually means “lion” in Latvian, the family heritage of his mother, a medical vaccine researcher. He was born in San Francisco, before his family moved to Atlanta and then bounced to a small town just outside Philadelphia. At 18, he left for NYU, where he began writing the love songs that have transformed him into a busy live performer with a massive online following. Lauv cut his teeth as a co-writer and co-producer of songs like Cheat Codes and Demi Lovato’s “No Promises,” Charli XCX’s “Boys” and “Because of Me” by The Voice runner-up Billy Gilman. DJ Snake recruited him to sing on last fall’s “A Different Way,” co-written by Ed Sheeran. Last fall, Lauv’s songs took him to Asia as opening act for Sheeran on his Divide World Tour, where he performed his first arena shows.

His journey as a songwriter and fan has led in him in diverse directions, including teenage years in Pennsylvania obsessed with emo and hardcore, spending time in the mosh pits of bands like Taking Back Sunday and Underoath. He was a straight-edge kid in high school, refusing the drink and drugs of his peers.

“I didn’t really love high school to be honest because most kids were going through their first time getting drunk, going to parties, smoking weed, all this stuff – and I was just in my room being a music nerd, playing music and writing songs, and kind of shutting out the world a little bit,” Lauv recalls.

He did get out to shows at the Harmony Grange, a venue just across the state border in Wilmington, Delaware, where he and his friends dreamed of playing gigs of their own. He was in a rock band and also posted solo songs on MySpace. “I wrote a song when I was 14 or 15 for one of my old projects about how my career wasn’t going anywhere,” he says now with a smile. “I was very cynical because I thought I had to go somewhere immediately through MySpace or something, or else I was a failure. But I also hadn’t lived through anything. I was a kid in a town in high school.” 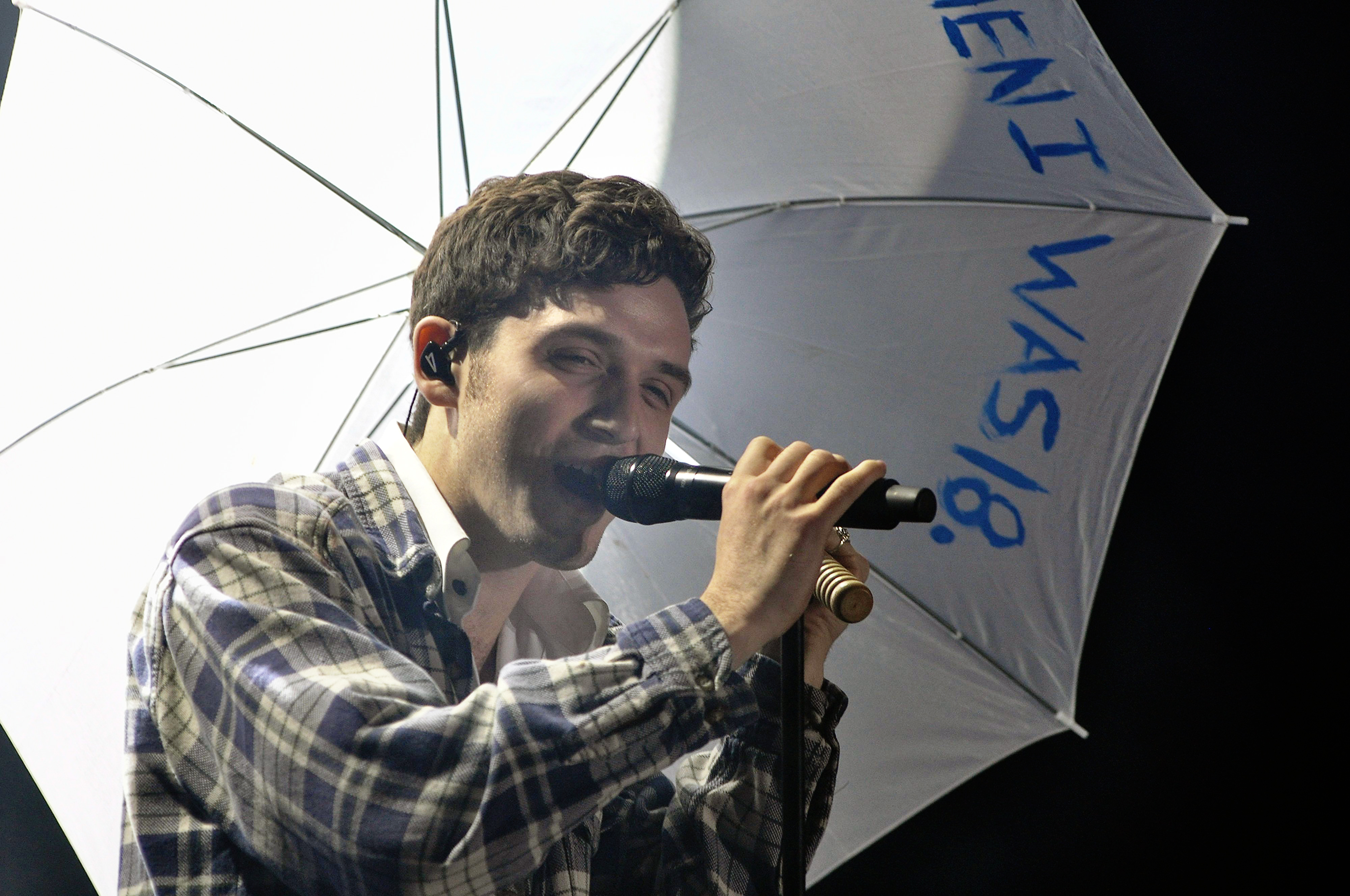 Lauv sees no disconnect between his early hardcore obsessions with the pop he writes today. “People like super-digestible, one-sided identities. Everything is a brand, including artists nowadays. You can’t just be a person,” says Lauv, who now lives in Los Angeles. “I’ve been through so many different phases, partly because I moved around so much. I never found my identity based on where I was from. It was always pick up and explore something else.”

By the time he got to New York University, he shifted his ambitions from stardom to a role behind the scenes as a songwriter and producer. He majored in music technology and began studying the charts for clues on hit songwriting. Lauv shaped his writing to the pop flavor of the moment and tried to interest artists, producers and publishers, and got nowhere.

“I tried to write for what I thought people wanted to hear – that I’d think Katy Perry or whoever would want to sing. It was kind of soul-sucking,” he says. “It was fun, because I studied the craft of songwriting and what makes a song something that anybody on the planet can hear and all unanimously agree, ‘This is a powerful song.’ Why does that happen? How does that happen?”

His perspective began to change when he wrote and recorded “The Other” in his apartment in the East Village at the end of 2014. He didn’t release the track online until he was studying abroad in Prague the following summer, in between his sophomore and junior years in college. The song was personal in a way his attempts to be commercial weren’t, inspired more by his admiration for Paul Simon and John Mayer than the contemporary pop around him.

“I decided I’m going to try and be an artist again just for fun,” he says of creating “The Other,” which tapped into “that eccentric side of myself.” The result was a song of understated R&B singer-songwriter pop, as Lauv sang: “Who wrote the book on goodbye?/There’s never been a way to make this easy/When there’s nothing quite wrong but it don’t feel right”

Co-written with friend Michael Matosic, “The Other” connected with listeners in a big way, though it was two years before it fully exploded on Spotify, jumping to 100 million streams last summer. Suddenly, producers and publishers were reaching out, and he soon had a publishing deal with Prescription Songs. “Once I stopped trying to go about in a way that was forced,” he says, “it naturally started to work.”

The songs continued to flow. “Paris in the Rain” has its roots in a childhood trip to the French capital with his parents, and knowing he’d one day write a romantic song about the city. “I’m super-into sappy movies like La La Land and Midnight in Paris. I’ve always been this kid that’s really into nostalgia and longing for the past,” he says. “It’s also why I’ve got a taste for sad music and Coldplay, because there’s this feeling of beautiful tragedy and unrequited something.”

The success that has followed has been satisfying – and somehow embarrassing. “I always felt kind of weird, because my mom works in HIV vaccine research. And I’m over here in L.A. in this fucking bubble with all these things that matter to me so much – sales, and radio, and touring – and she’s out there trying to cure HIV-AIDS,” he says. “At least I’m doing it in a way where I can at least feel like, OK, emotionally, I’m helping people get through something. So I can sleep a little bit better.”