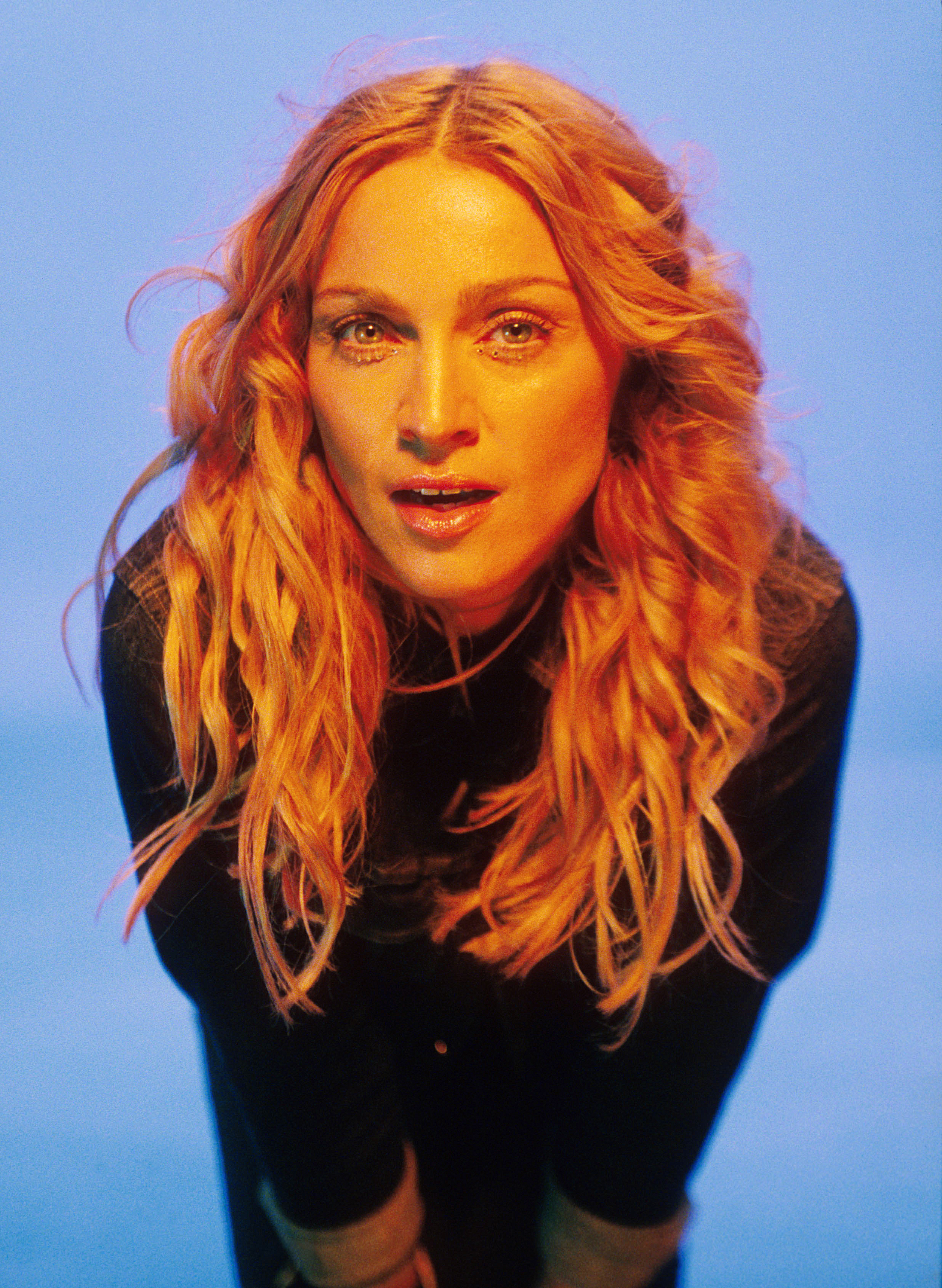 Happy birthday to Ray of Light, the masterwork that introduced the world to Cosmic Psychedelic Madonna, 20 years ago this week. Ray of Light was the queen’s first proper album in four years, dropping on March 3rd, 1998, a week after she unveiled her new sound with the single “Frozen.” It was Madonna’s motherhood album, after giving birth to daughter Lourdes. It was her avant-techno move, with U.K. producer William Orbit. It was her spiritual-awakening statement. But Ray of Light holds up as her most soulful and passionate music ever – a libido-crazed disco-hippie mom pushing 40 and proud of it, flaunting her artiest emotional extremes. As “Ray of Light” boomed out of radios all year, with Madonna chanting her mantra – “And I feeeel! And I feeeel!” – she seemed to be feeling twice as hard as everyone else.

By all rights, Ray of Light should have been a pretentious disaster. Yet it turned out to be a new peak, setting Ms. Ciccone off on a glorious four-year run: the 1999 single “Beautiful Stranger,” the 2000 album Music, the 2001 Drowned World Tour. If you’re the kind of fan who reveres her as a musician first, not a celebrity, this was the hot streak of her life. You could compare it to Elvis Presley’s mature phase with the ’68 Comeback Special and From Elvis in Memphis. Except at 42, Elvis was dead, while Madonna was just gearing up for her next phase, where she discovered Kabbalah, converted to Judaism and started asking people to call her “Esther.” Never say she isn’t ecumenical.

Ray of Light is easily the most intense pop album ever made by a 39-year-old – Madonna spends these songs celebrating her newborn daughter, mourning her long-lost mother and reckoning with her messed-up adult self. She also contemplates her newfound Lilith Fair–era consciousness, going off about karma and yoga. As she explained in Billboard, “I feel like I’ve been enlightened, and that it’s my responsibility to share what I’ve learned so far with the world.” Ominous words from any pop star, let alone this one. But she made it feel mighty real. (Like another album we all loved in 1998: Hello Nasty, a spiritual manifesto from the opening act on her first tour, the Beastie Boys.) Even those of us who’d devoted our lives to worshipping Madonna weren’t prepared for an album this great.

Strange as it seems now, people back then were mildly obsessive about the idea of Madonna being “over.” Predicting the end of her career was a weirdly popular Nineties fad, like swing dancing or psychic hotlines. The semi-monthly “is she finally done?” debate kicked up every time she did something ridiculous, which she did all the damn time, from her poetic musings in the Sex book (“My pussy is the temple of learning”) to her erotic thriller Body of Evidence, where she played a serial killer who specialized in humping men to death. The U.K. music mag Melody Maker, for its 1992 year-in-review issue, polled experts on the year’s big question: Has Madonna turned into a pathetic exhibitionist? The wisest answer came from (of all people) Right Said Fred’s lead singer: “Being an exhibitionist is only pathetic when nobody’s watching you.”

The queen kept expanding her sound – the Babyface collabo “Take a Bow” spent seven weeks at Number One in 1995. She also did vocal training for the Evita soundtrack. (Count me among the fans who thinks Babyface taught her a hell of a lot more about singing than Andrew Lloyd Webber did.) But it was still considered exotic to take Madonna seriously for her music, rather than her image. It took Ray of Light to change that.

Her producer William Orbit had just worked wonders with U.K. ingenue Beth Orton, on her classic folkie-techno debut Trailer Park. Madonna playfully renamed herself “Veronica Electronica,” throwing in lots of what she and Orbit called “teenage-angst guitars.” They set the tone in the opening ballad, an emotional powerhouse called “Drowned World/Substitute for Love.” There’s too many gimmicks in the mix: moody electro bleeps, wind chimes, sitar, drum ‘n’ bass snare rattles, Sixties string samples, a very 1998-sounding vibraphone. Yet it never feels crowded or contrived – Madonna gives herself room to breathe deep, as she sings about letting go of the past and moving on. She keeps looping back to a mantra from John Lennon: “Now I find I’ve changed my mind.” (The Beatles’ “Help,” where John confessed his adult despair, was the perfect song to echo here.) When the rock guitar kicks in, at the three-minute point, it hits like a moment of pure serenity.

The goth power ballad “Frozen” was the first hit, but “Ray of Light” was the one that really summed up the new Madonna in one big kundalini disco rush. It came from the same place as the Talking Heads’ similarly titled Remain in Light, about how the world moves on a woman’s hips. The album’s premise was trip-hop, as we called it then – the moody electro-funk sound perfected by Massive Attack, whose mind-freak opus Mezzanine dropped around the same time. (She’d worked with them in 1995 – a bluer-than-blue cover of Marvin Gaye’s “I Want You.”) I interviewed Massive Attack in March 1998, right after Ray came out, and naively asked if they’d noticed how much it sounded like them. Yes, in fact, they noticed. As Daddy G cheerfully told me, “I put on that first track and said, ‘Here we go again.'”

The music is full of odd hooks – the Moroccan ghaita of “Swim,” the bossa nova of “To Have and Not to Hold,” the Britpop guitar in “Ray of Light.” She makes the Sanskrit chant “Shanti/Ashtangi” sound like Devo’s version of “Working in a Coal Mine.” In “Sky Fits Heaven,” she takes her sacred text from a Gap ad – the iconic TV spot starring bartender/poet Max Blagg and Twin Peaks siren Madchen Amick: “The sky fits heaven, so ride it!” (She even cut Blagg in on the credits.) And her spiritual pretensions were ripe for mockery – hence the brilliant parody in the Drew Barrymore flick Music and Lyrics, where the pop star shares her “Buddhism-in-a-thong philosophy.”

Ray of Light sounds like an anthology of “only in the Nineties” ideas, from its coffeehouse-techno vibe to the whole notion of seeking mystic wisdom from a Gap ad. Yet the most Nineties thing about it is the way Madonna assumes you’ll put in the time the music demands. It’s pop designed to unfold over time, from an artist serenely confident her listeners will pay attention. If Ray of Light came out now, it would get dismissive Friday-morning quickie reviews listing the flaws of her latest rollout strategy. But because people still paid for their music in 1998, people really did put in the time to absorb it. Buying an album was an emotional commitment – walking into the store, plucking the CD off the rack, taking it into your home. You gave it a few chances before you gave up. So people stuck with Ray of Light, even if they initially laughed at it.

She picked the right moment to swerve hard into adulthood, just as a new crop of teen stars was rising. By the end of 1998, MTV’s newest star was a young Madonna fan named Britney Spears. Madonna kept tarting up the psychedelia with her bizarre 1999 paisley-disco hit “Beautiful Stranger,” from the soundtrack of Austin Powers: The Spy Who Shagged Me. It’s Madonna at her most breezily seductive, not to mention her funniest. (It’s also a righteous salute to then-incarcerated black hippie pioneer Arthur Lee and his band Love, goosing their 1966 flower-child classic “She Comes in Colors.”) Music was equally masterful, except now she was into line-dancing and cowgirl hats. Yet Ray of Light still stands apart in Madonna’s career. After 20 years of heavy listening, it remains the album of a lifetime.

Madonna’s collaborators on ‘Ray of Light’ delve into the making of the star’s pivotal 1998 LP. Watch below.