With his new album, The Divine Feminine, Mac Miller has stumbled on a novel way to raise fewer eyebrows with the increasingly fraught act of rhyming while Caucasian: Rap less, sing more. Miller, a 24-year-old Pittsburgh native, started off as a popular but derided “frat rapper” with 2011’s hedonistic indie hit Blue Slide Park, but he has since evolved considerably: He’s ditched cough syrup and other substances, and on the new album he raps and sings (with unexpected, un-Auto-Tuned charm) almost exclusively about love and women, with some assistance from his girlfriend, Ariana Grande. And he’s dealing with a very public relationship by ignoring the “public” part. “We just live, man,” he says. “There’s nothing that’s gonna stop me or her from living, especially, like, things people say.”

Despite your album title, aren’t songs like “Skin” mostly just about sex?
It’s not, like, a feminist-type record. It’s just me searching for answers in love. And sex is a part of love, so I’m not gonna leave that out. I mean, maybe I don’t listen to it with my mom [laughs]. But actually I have. It’s not weird. It’s just sex.

Rick Rubin helped you get sober last year. What did you learn from him?
Just being still, and how important it is to be able to quiet your mind and be honest with yourself. I also gained a lot of confidence because I played him music I was working on – some weird shit that never came out – and he was like, “I’ve never heard anything like this.” I was so geeked about that. 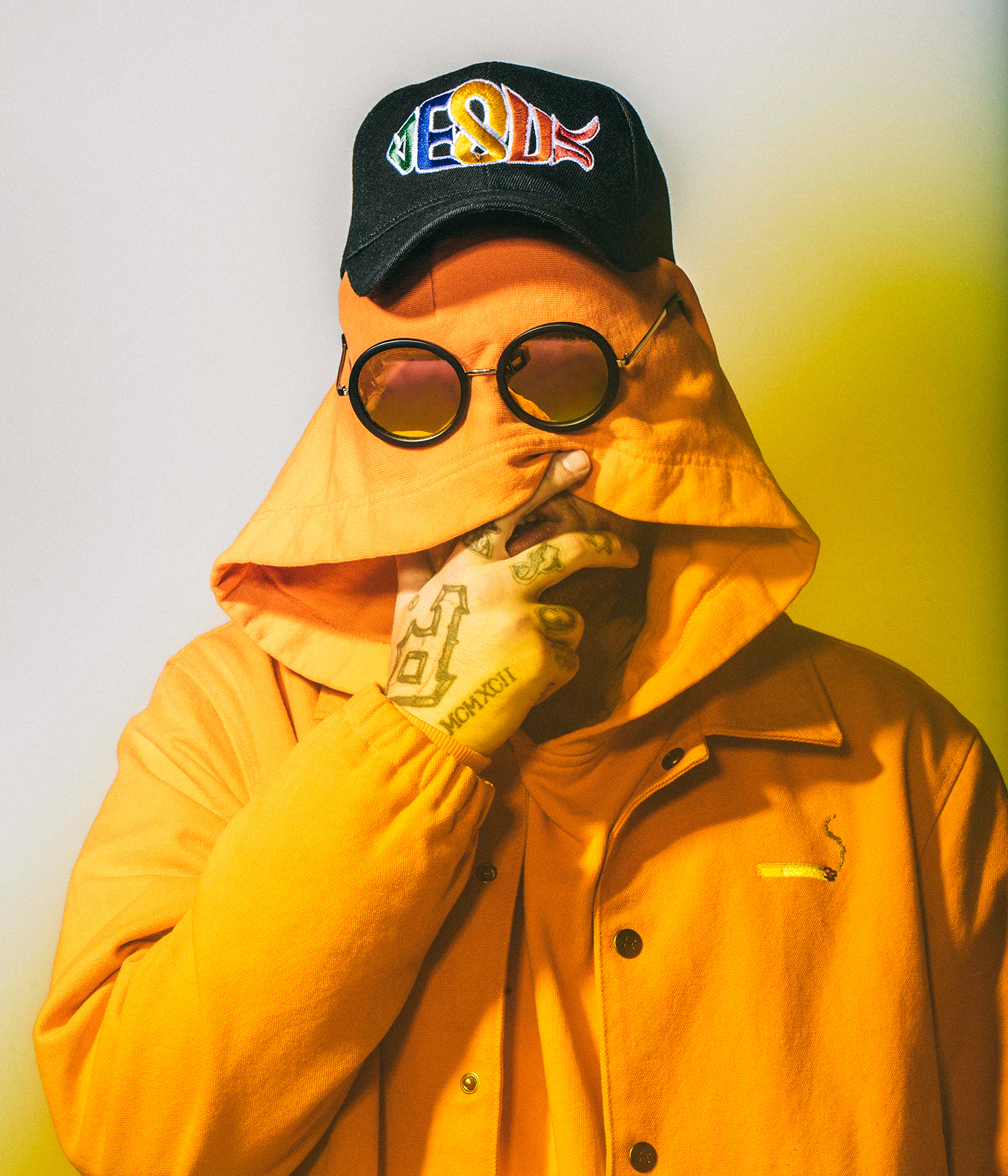 How has sobriety changed you?
This planet has a certain gravity, man – it rises in the morning, it sets at night, and I never really followed that. But now I go to sleep at night and wake up in the day, and that’s been a beautiful balance in my life. Along with not feeling like shit.

And does it affect your music?
I’m not forcing anything. I used to never be able to walk away from a song unfinished, so I’d stay up for days at a time working on one song. And my voice is a lot more of an instrument now, and I just sound more awake.

Macklemore has gone as far as to question his right to rap. Have you?
Musically, no. Have I thought about whether being white has caused me to be more or less successful in certain things? Of course. It’s a real thing. But my right to make music, no one can really give or take that away. In America, race has a huge thing to do with what your experience is, but I just try and make music for everybody.

Your 2011 track “Donald Trump” is still one of your biggest songs. What were you thinking when you wrote it?
He was, like, a symbol of money when I was younger. Now he’s just a symbol of, like, “Hell, no!” I still play it. It’s a banger. It goes hard at shows. We change it up a little bit, like we say “Fuck Donald Trump” at the beginning. It has never been an ode to him.

The footage of Malia Obama dancing to that song at Lollapalooza caused a whole controversy.
Yeah, that was fucking wild! She’s a human being and a girl, and she had a great time with music, and I was kinda star-struck when I saw her on the side of the stage. The controversy was bullshit, ridiculous. Like, what? Let her dance! Let everybody dance!

You’ve faced criticism for putting CeeLo on this album, given allegations of sexual assault against him.
I’m not even up to speed on that stuff. I looked up to CeeLo as someone who transitioned from rapping to singing, so I wanted him to be involved. 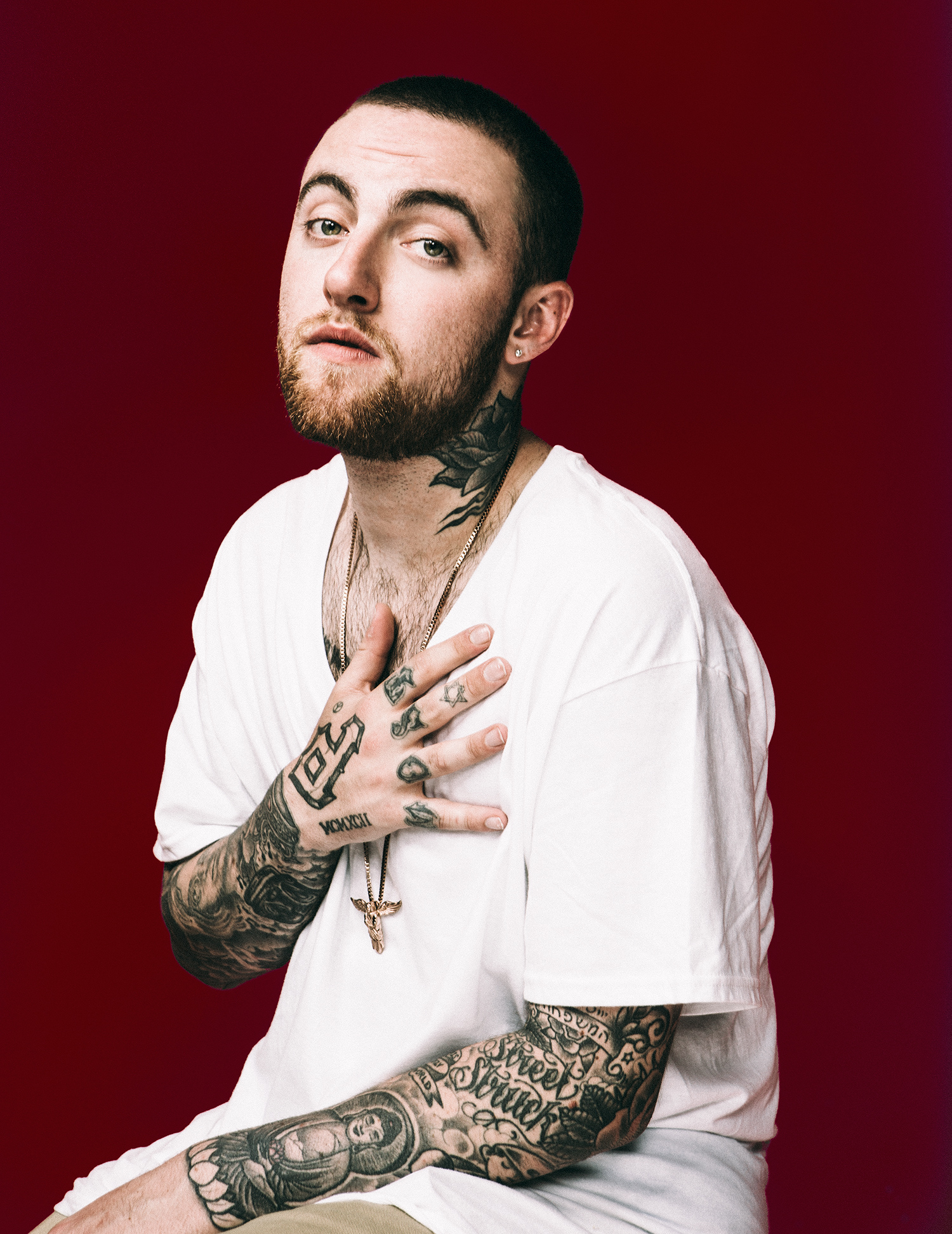 “My Favorite Part” shares its sentiment with One Direction’s “What Makes You Beautiful.”
I’ve never heard that song in my life!

Well, their song prompted essays suggesting it’s sexist to praise women for being unaware of their beauty.
I’m just talking to somebody on the song, and it’s not a statement to all girls. If I said something wrong, my apologies – I was just shining light on something I liked about somebody.

There’s a generational war going on in hip-hop right now – what did you make of Lil Yachty taking heat for saying he doesn’t care about Biggie and Tupac?
Ready to Die is one of my favorite albums of all time, but do I think everyone who raps should feel the same way? Not at all. We get into this line of work ’cause we don’t wanna have rules. So there shouldn’t be any.

You have a huge lotus flower tattooed on your neck – any hesitation about getting something so prominent?
I’m not worried about court. Or getting another job. And a lotus flower shines most beautiful in the murkiest of waters.

You’re Jewish, and it’s the High Holy Days. Have anything to atone for?
Fuck, man. Yeah! Don’t we all? If I had to pick something, what I’m going for this year is just being 100 percent honest with everybody in my life.

Do you think Drake has to atone for anything, or is he good?
I think he’s solid, man.