Listen closely to his string of albums released over the previous five years, Mac Miller says, and you can directly chart the emotional turbulence of his life. “I’m a firm believer in my music following where I am emotionally in reality. If I’m going through it, my music will be going through it.” To that end, the 24-year-old Pittsburgh-born rapper has ranged on wax from smart-ass suburban teenager (Blue Slide Park) to moody, depressed creative (Watching Movies With the Sound Off), drug-addled eccentric (Faces EP) and hyped-up success story (GO:OD AM).

Last year, after moving into a Brooklyn apartment with his then-girlfriend, Miller began to delve into one of music’s most dissected topics: love. “It’s not just talking about trying to pursue a girl or talking about falling in love,” Miller, who is reportedly now dating longtime pal Ariana Grande, says of new album The Divine Feminine, a smooth and sexy affair, and undoubtedly his jazziest and most musically adventurous release yet. “It’s how it affects you and affects your life.”

What first began as a fun side project soon blossomed into a full-length effort. “I’m just balls deep in the whole creation process this time,” Miller says of his new LP, which features guest spots from the likes of Grande, Kendrick Lamar and, on his bouncy feel-good single “Dang!,” Anderson Paak. Miller, a longtime independent artist who signed a multi-million dollar deal in 2014 with Warner Bros., says he’s past the point of worrying about public perception. “I’ve realized I’m young as fuck,” the MC says in a conversation that touches on the expanding creative boundaries of hip-hop, learning to be his own boss and why Grande reminds him of Michael Jackson. “I don’t have to rush and scream to everyone, ‘Guys! I can do this!’ I would kill myself if I do the same thing for the rest of my life.”

Why an album of love songs at this point in your career?
I was doing a question-and-answer session recently and talking about not really writing depressing music anymore. I’ve tackled that emotion. I was going through what emotion I wanted to go through full-effect. I wanted to get really into love songs because I do enjoy making them. It just started as an EP idea: Just make a few love songs and call it a day. But then conceptually it just started taking a turn towards this being something real. A lot of it actually came when I had to take love away from my own life and depict what I wanted and how I saw love rather than just telling my love story. It’s deeper than that.

Love isn’t always a fairy tale.
Exactly. It’s not 10 songs about ‘I’m so in love with you!’ It’s not that. It’s that emotion and what it does to you. It’s not just talking about trying to pursue a girl or talking about falling in love. It’s how it affects you and affects your life. 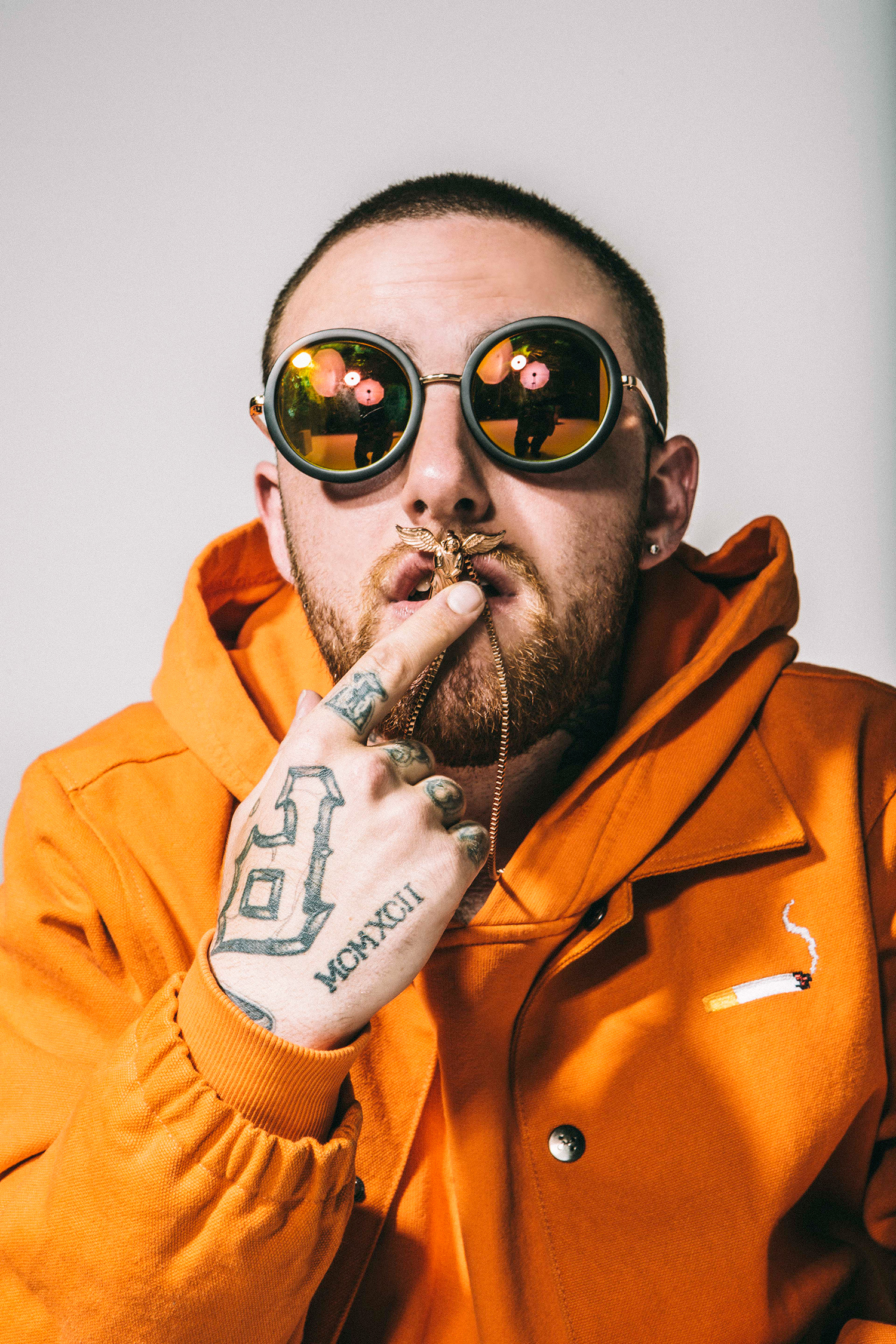 From a sonic perspective, this feels like a conceptual album. It has a definite vibe and groove.
You know what it is? I really trusted myself with the executive-producing role with this album. And it was a big step forward for me to just trust myself as a musical mind. Because a lot of times in the past I’m surrounded by such incredible artists and musicians that I tend to discredit myself. In this one I was like, “Regardless of who does this or who does that or who can play piano better than me, I’m going to sit here and craft the songs and not take a second off.” We mastered it multiple times, which was the first time we ever did that. I’m in every mix session just trying to get it to sound exactly how I want to. Man, that’s the best part for me. Especially with something that has such a feeling and a narrative.

Warner Bros. are seemingly letting you follow your musical muse.
Dude! I don’t have an A&R. I don’t really need to get to know one. That’s what so beautiful about this. I’m at a company like Warner where I come at them like, “Hey, I’m making this project all about love and a lot of this needs singing and it’s very musical and it sounds nothing like anything I’ve ever done.” And they’re like, “Hell, yeah!” They’re not like, “We think you need to get in with so and so.” Not at all. They trust me. It makes it fun, man. I enjoy creating projects. I enjoy making music. This is what I like to do for fun.

It’s a major shift to go from the Faces EP, on a song like “Grand Finale,” where you were clearly depressed, to singing smooth love songs on a track like “Cinderella” for this album.
I’m a firm believer in my music following where I am emotionally in reality. If I’m going through it, my music will be going through it. I’ve been on a life roller coaster and I continually make music. So it all follows that. But also I have ADD; I have trouble deciding what the fuck or what kind of music I make. I don’t even know. I just make music for a living. I can’t decide. I literally made a jazz album just because I was bored. It’s like,  “Hold on. I’m losing inspiration. Let me turn into a 50-year-old lounge singer.” I’m blessed to have capabilities and as an artist be able to dabble in so many areas. It’s all authentic though.

Your fans have gone along for the ride.
Luckily I haven’t thrown them off yet. Maybe it’s a little luck. Maybe I’m good at it. I don’t know. Maybe if I come through like, “This album’s a polka album,” the fans might be like “What?” But I don’t think they will. It would probably be like, “Finally, you’re making polka. This is the real you!” I just enjoy experimenting with music and sounds and I can’t sit still. I can’t find a comfort zone. It becomes too much of a business for me that way. I don’t like that.

Is now a particularly creative time in hip-hop? With artists like Chance the Rapper pushing the boundaries of what constitutes hip-hop it seems there is much more room for sonic experimentation than in the past.
It’s an ever-evolving thing. You have a bunch of creative people who can’t settle for just doing what’s already been done. There are no rules. It’s music. I love where it’s at right now. I love the minds that are in there and pushing boundaries. But really there are not boundaries. This is exactly what’s supposed to be happening. You have people who are more than anything just trusting themselves and doing what they like and that’s resonating with their larger fan base. People aren’t sitting there trying to figure out how to get on the radio. They’re sitting there trying to figure out how to make the best music they can make. They’re not satisfied with where they’re at. For myself, my only goal was to continue to get better. That’s all I want to do. What happens with that happens with that. But I’m trying to be the best at what I do. 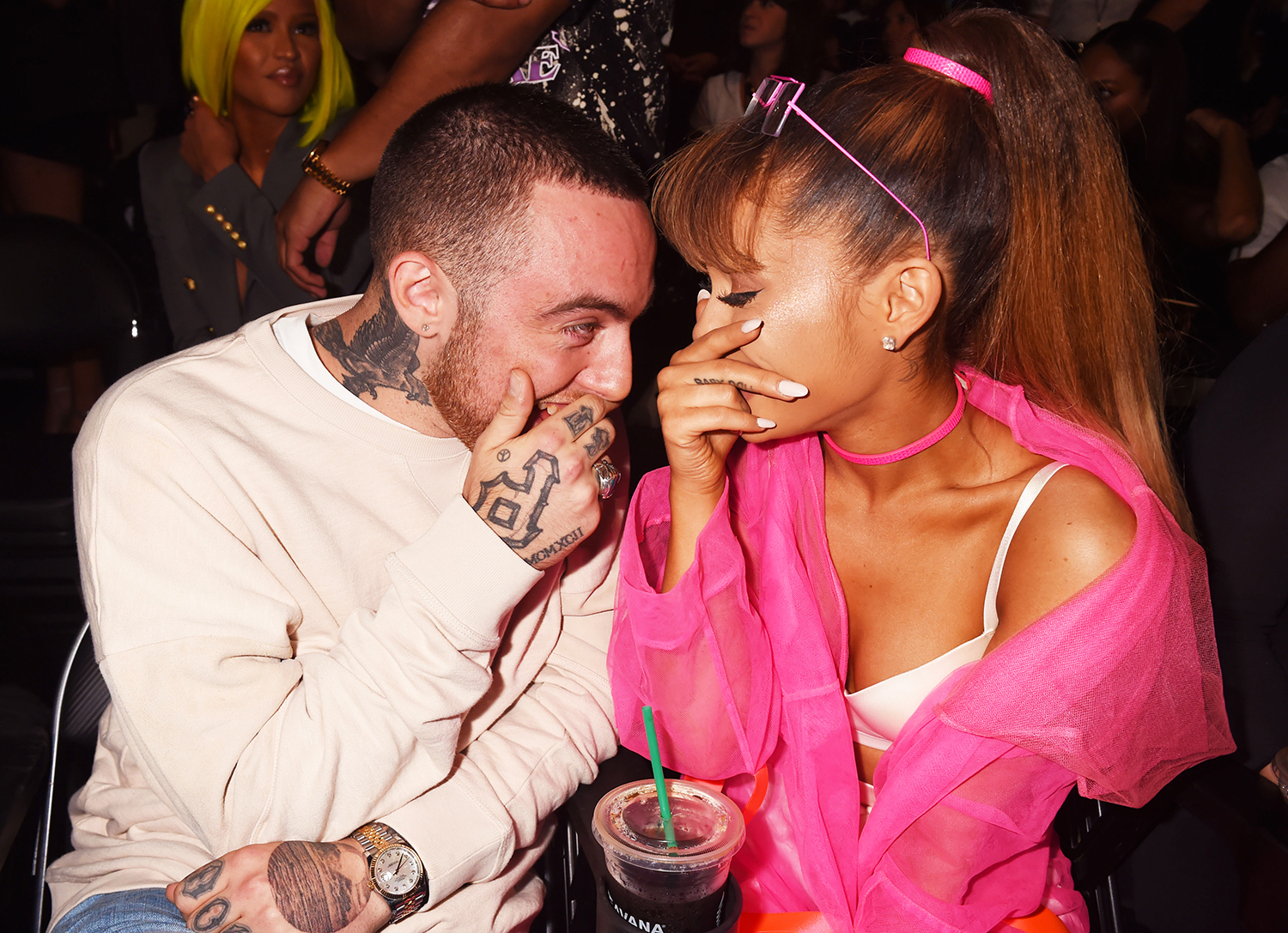 When you were first coming up, did it seem there was more of a strict emphasis on spitting hot bars?
When I was 16 coming up, that’s where I was at. I was on rap forums trying to be the best rapper. Keep in mind: All these people that are pushing the bar of creativity all care about that, too. They aren’t trying to slack on bars. They just know there’s more to it. In the Nineties, you could rap for someone and if you were good enough they would sign you off that. I think a lot right now is, what music are you making? What are you doing?

Not only are you singing a great deal on this album but even when you feature Kendrick Lamar on “God Is Fair, Sexy, Nasty,” he’s revealed more as an instrument or even a texture than a rapper.
There are so many different things you can do with your voice. We spend our whole entire lives creating and making music, so why would I not try everything? Why would I not see what my voice can do? Why would I limit myself? Fuck that, dude! I didn’t sign up to work a nine-to-five. I didn’t sign up to clock in and clock out. I signed up to see what the fuck I can do. I learn new things about my voice every day.

You go way back with Ariana Grande: You appeared on her breakout single “The Way” and now she’s on “My Favorite Part.” It’s not as poppy a track as one might expect.
I reached out to her and said I wanted her to be a part of the album. It’s just like the whole thing with Kendrick: When you hear me and Kendrick are on a song, you think it’s gonna be Kendrick rapping. When you think me and Ariana on a song, you’re gonna think “Oh, this is like ‘The Way.’ It’s gonna be some big pop song.” But it’s not. Like I said, people are so much more capable and can do so much more than what their quote-unquote identity has them listed as. If you give her any canvas to paint on she’s going to paint a very beautiful picture. That was a song I felt like her voice would be awesome on and she killed it. She hits that Michael Jackson run and it’s like, “Oh!”

What’s the biggest misconception about Mac Miller?
You know what, dude? I used to get lost in the perception of what I am. So many times the problem I’ve run into is me trying to show all sides of myself with one record. And this is one of the first times I was like, “This is what this album is and it’s this side of me so I’m going to go all the way there.” And who knows what the perception of me is at this point? To be honest, I don’t even know anymore. It was like, “Oh, he’s a rich white kid,” which is false. It was “He’s a drug addict,” which was up for interpretation [laughs]. At this point I just want my music to be it. Just go there. As time goes on people may or may not get the idea. But they don’t need to. All they need to do is listen.