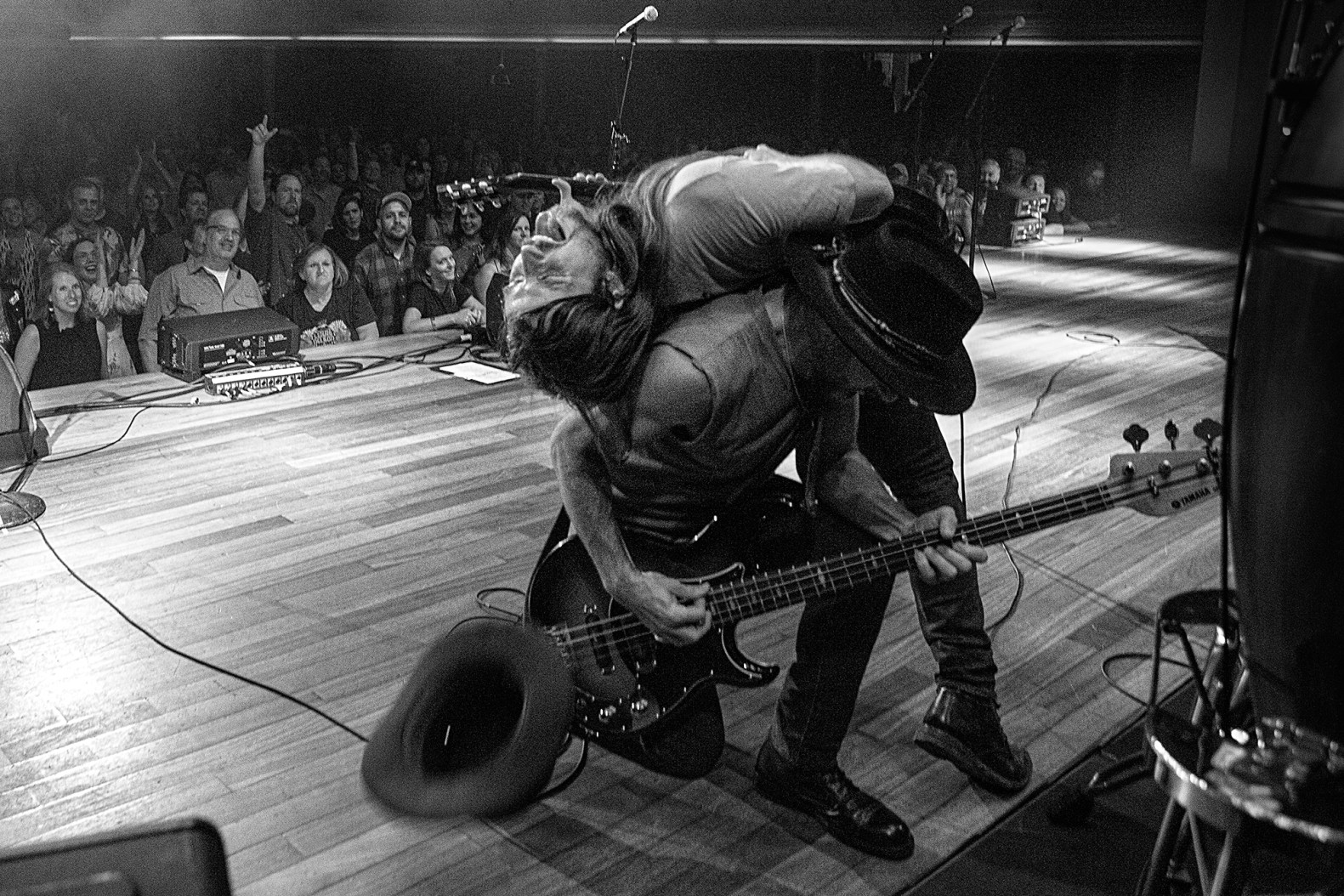 In the two days that veteran photographer David McClister spent with Lukas Nelson and Promise of the Real in Nashville, the band headlined Nashville’s legendary Ryman Auditorium for the first time, and opened for the Who at the much larger Bridgestone Arena just down the street. “It was one of the highlights in all of our lives,” says Nelson, 30, of playing on the same bill as the Who. “I think that we’re going to be able to do a lot more with them.”

It’s just one of many mind-blowing milestones that the band has achieved: in addition to regularly backing their mentor Neil Young, the band just released their fifth studio album, Turn Off the News (Build a Garden), a record that urges listeners to embrace the natural world. “I feel very aligned with the concept of this record, more than I have been with any piece of art I’ve ever put out,” the singer-guitarist says. “I believe it’s a masterpiece — what we’ve been able to accomplish and the inability to connect with a real issue in a way that doesn’t alienate anybody and brings people together.”

“We want it to reach into the world and spread the message as far and wide as we can,” says drummer Anthony LoGerfo. The band is doing just that, playing theaters and festivals throughout the summer. “It’s kind of a win-win situation because when we do well with this record, it also brings attention to so many other people,” says Nelson. “It makes me feel like I don’t have to feel guilty about my success or that my success isn’t stepping on anybody else’s. “A rising tide lifts all ships.”

Promise of the Real will be on tour through October, making stops at Boston’s Fenway Park, Coors Field in Denver and the Newport Folk Festival.