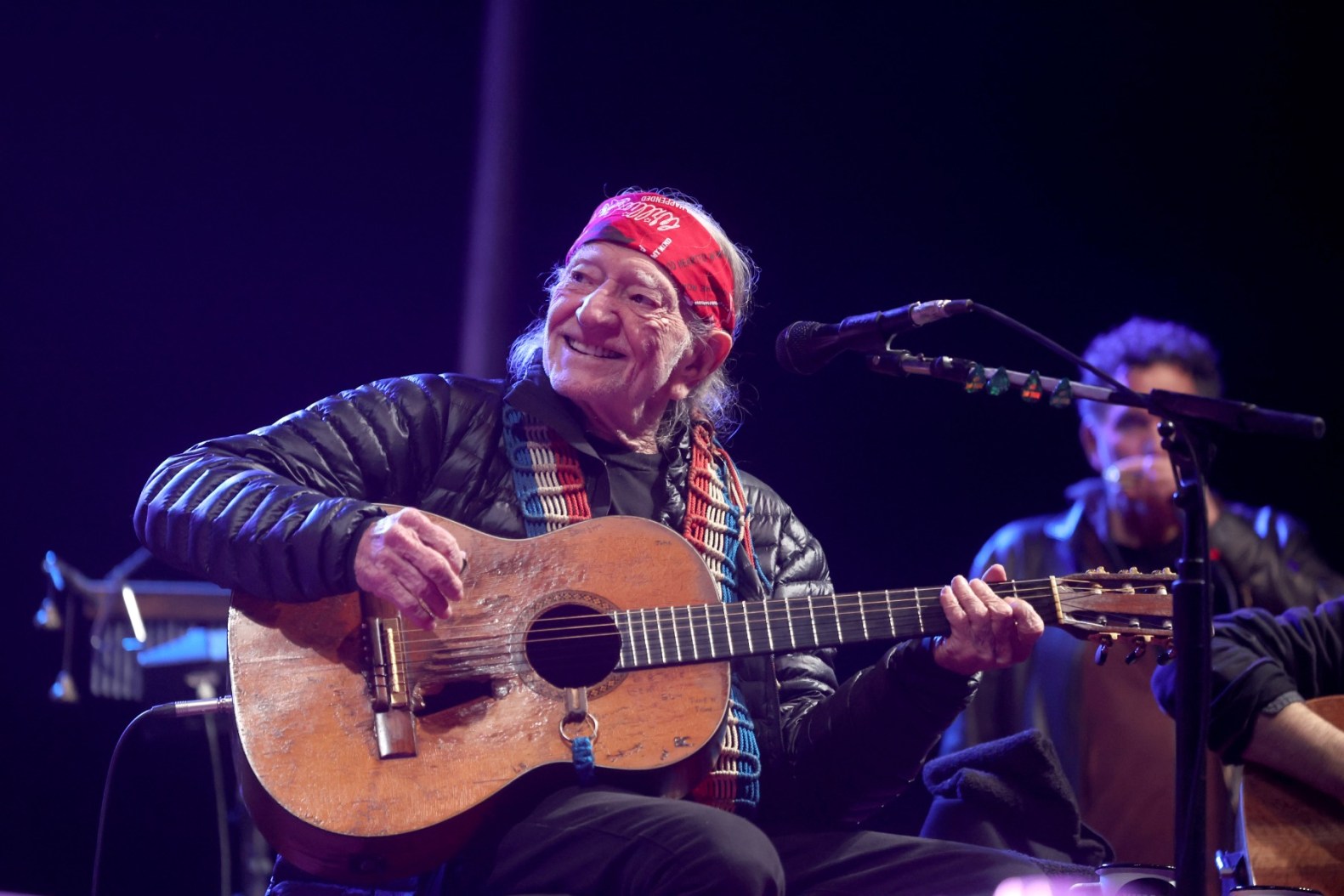 After a two-year break because of the pandemic, this year’s Luck Reunion, the daylong gotta-see-it-to-believe-it festival at Willie Nelson’s Luck Ranch outside of Austin, was already destined to be special. Fans and artists alike were eager to commune in one of the most magical festival settings in the country. But the death of Bobbie Nelson, Willie’s older sister, last week at age 91 increased the emotional weight.

As an original member of Willie’s Family Band, “Sister Bobbie” was at her piano and by her brother’s side for nearly 50 years — Thursday’s headlining performance marked Willie’s first concert without her in recent memory. Willie didn’t speak about Bobbie’s passing directly, but her presence was felt everywhere at Luck. During a set by the Lost Gonzo Band and Michael Martin Murphey, the band asked for and received a moment of silence for Bobbie. Across the grounds in a barn, a memorial of photos and flowers was arranged. Fans were encouraged to write notes of condolence and love to the family.

Most visibly, a projection on a backdrop behind Willie’s stage read “In Loving Memory of Bobbie Nelson.” And in a subtle but heartrending gesture, her signature hat was hung on a mic stand near the spot where her piano would typically be.

The tributes to Bobbie, the otherworldly Old West setting of the ranch, and the approaching 89th birthday next month of Willie himself made this year’s Luck Reunion almost too much to process: It struck the heart and soul on many levels, particularly when Willie took the stage. This being the Family Band, sons Lukas Nelson and Micah Nelson flanked their father onstage, all three of them seated with guitars in hand. Kicking off with their longtime opener “Whiskey River,” they segued into “Still Is Still Moving to Me” before Micah and Lukas each took a star turn: Micah singing “If I Die When I’m High I’ll Be Halfway to Heaven” and Lukas delivering his tribute to Spicewood, Texas, “Just Outside of Austin.”

It took a little time for Willie himself to get warmed up — his early vocals were at times hoarse and whispery — but by the midpoint of the set, he was fully in the zone. He slashed at his legendary Martin guitar, Trigger, during “Night Life,” and plucked out restless solos on a euphoric “On the Road Again.” For “Always on My Mind,” he gutted the crowd with his lyrical pledge to “keep you satisfied.”

As has been the case for years now, Willie and Family ended the show with a medley of the gospel standards “Will the Circle Be Unbroken” and “I’ll Fly Away.” Bobbie’s absence made it all the more poignant, but this wasn’t a maudlin performance. Rather, it was a joyful tribute, a reminder to everyone gathered that we’re all here, alive on this earth at this very moment, together. Or to paraphrase a Willie saying, “We were all in Luck.”

Having backed up everyone from Jerry Jeff Walker to Ray Wylie Hubbard, Seventies stalwarts the Lost Gonzo Band are the sound of Texas. They reminded everyone of that with a freewheeling set that was made for drinking Lone Star beer. Michael Martin Murphey was a special guest, delivering the goods with a faithful reading of his 1975 story-song “Wildfire” and a new song with son Ryan Murphey, “The Road Beyond the View.” Gary P. Nunn, another Texas icon, emerged for the showstopper: a hell-raising sing-along of “London Homesick Blues,” with the whole crowd yearning to “go home to the Armadillo.”

Weyes Blood Goes into the Mystic

It’s fitting that Natalie Mering’s first show in two years would take place inside the Luck chapel, swooning the crowd through a mystical set in her signature white suit. We didn’t expect to hit a wave of nostalgia hearing Titanic Rising material, but pre-pandemic albums feel like a lifetime ago — even for a record released in 2019. Mering slipped right back into her calming stage presence, bringing her Seventies California vibe (Harry Nilsson melodies and all) to the heart of the Hill Country. Her new album is slated to arrive this year. “I was really nervous to come back,” Mering told Rolling Stone after the show. “It feels so good to finally do it. It’s time.”

Jonathan Terrell Is a Texas Lunatic

Texas is known for its characters. But few are as more off the chain as Jonathan Terrell, a guitar-slinging, tight-pants-wearing, nail-painting wonder. Playing in Luck’s beer garden stage, “The Feral Terrell” and his band — with uber-producer Beau Bedford on keys — tore through songs off his superb album Westward, one he wrote for fellow Texans Mike and the Moonpies, and a cover of Waylon Jennings’ “I Ain’t Living Long Like This.” On the tiny stage, Terrell was all snakelike energy, shimmying his hips and heel-to-toeing his boots in a circle. As fun as it gets.

The Chicago keys player’s album In Plain Sight is a must-hear, especially on vinyl, but to fully appreciate the piano-rock revivalist, you have to catch him live. In Luck’s Revival Tent, Francis decimated an enthusiastic crowd with album cuts like the rhythmic “Problems” and the soul jam “Can’t Stop the Rain.”  His band also proved they knew one of the biggest secrets to the live performance: how to end a song. Every entry on the set list went out with a bang. For the finale, Francis revisited his 2019 album Changes for “She’s a Winner,” dialing up the funkiness to Parliament levels and compelling the fans to dance. A revival to be sure.

Your Surprise Guest for the Night: Jason Isbell

When the Luck Reunion schedule was published, it contained one glaring blank spot — a prime 9 p.m. time slot that was just calling out for a surprise guest. The organizers more than delivered when Jason Isbell showed up. Backed by his trusty 400 Unit (arguably the best band touring today), the singer-songwriter offered a compact set of favorites like “24 Frames” and “Hope the High Road,” along with a Drivin N Cryin cover (“Honeysuckle Blue”) sung by the 400 Unit’s Pete Townshend avatar, Sadler Vaden. Isbell gave the fans what they wanted for the closer, an always-majestic reading of his signature “Cover Me Up.”

Japanese Breakfast is hitting several stages this year at SXSW, but the must-see was Michelle Zauner at Luck, spreading her indie-pop charm across the ranch. She tore through tracks from her recent album Jubilee, including “Kokomo, IN,” the dreamy highlight that felt right at home. Even Jason Isbell — who took the stage following Zauner  — marveled at the performance. “How about that Japanese Breakfast set?” he told the crowd. “I’ve missed seeing live music so much. That was just what I needed.”

No matter where you ventured on the Luck ranch — an Old West movie set that Willie had built for his 1985 film Red Headed Stranger — you smelled a mix of the same three things: cedar wood, barbecue, and weed. The last one is a given; this is Willie Nelson’s property, after all. But the sweet buds blended perfectly with the odor of smoked meats and the natural high of the cedar mulch scattered around the grounds. Quick, Willie, bottle it and sell it as a celebrity scent before someone else does! 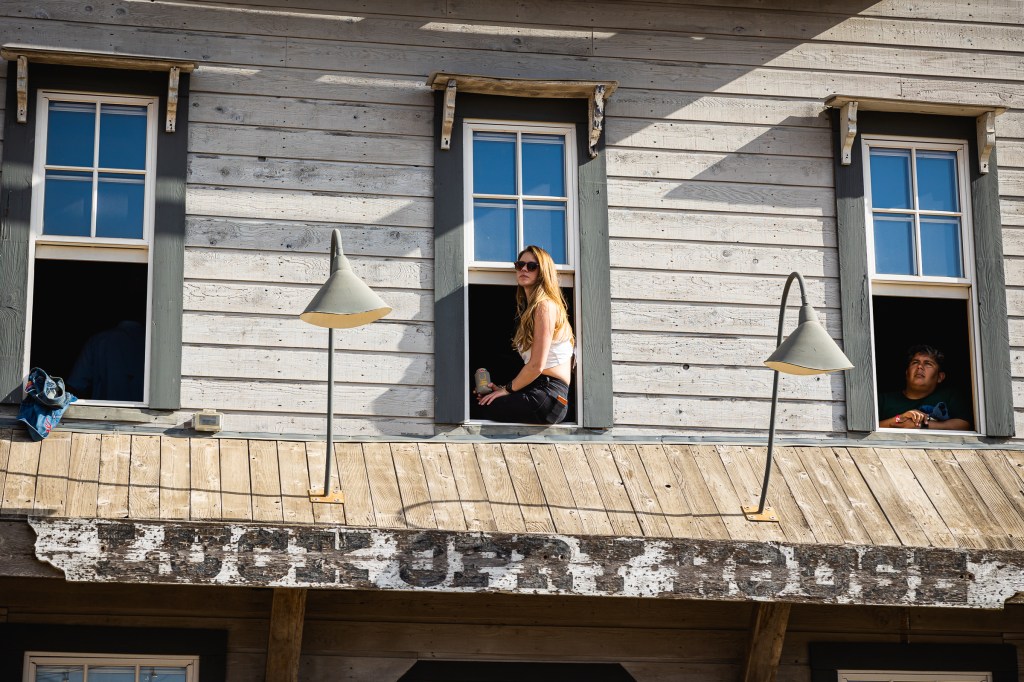