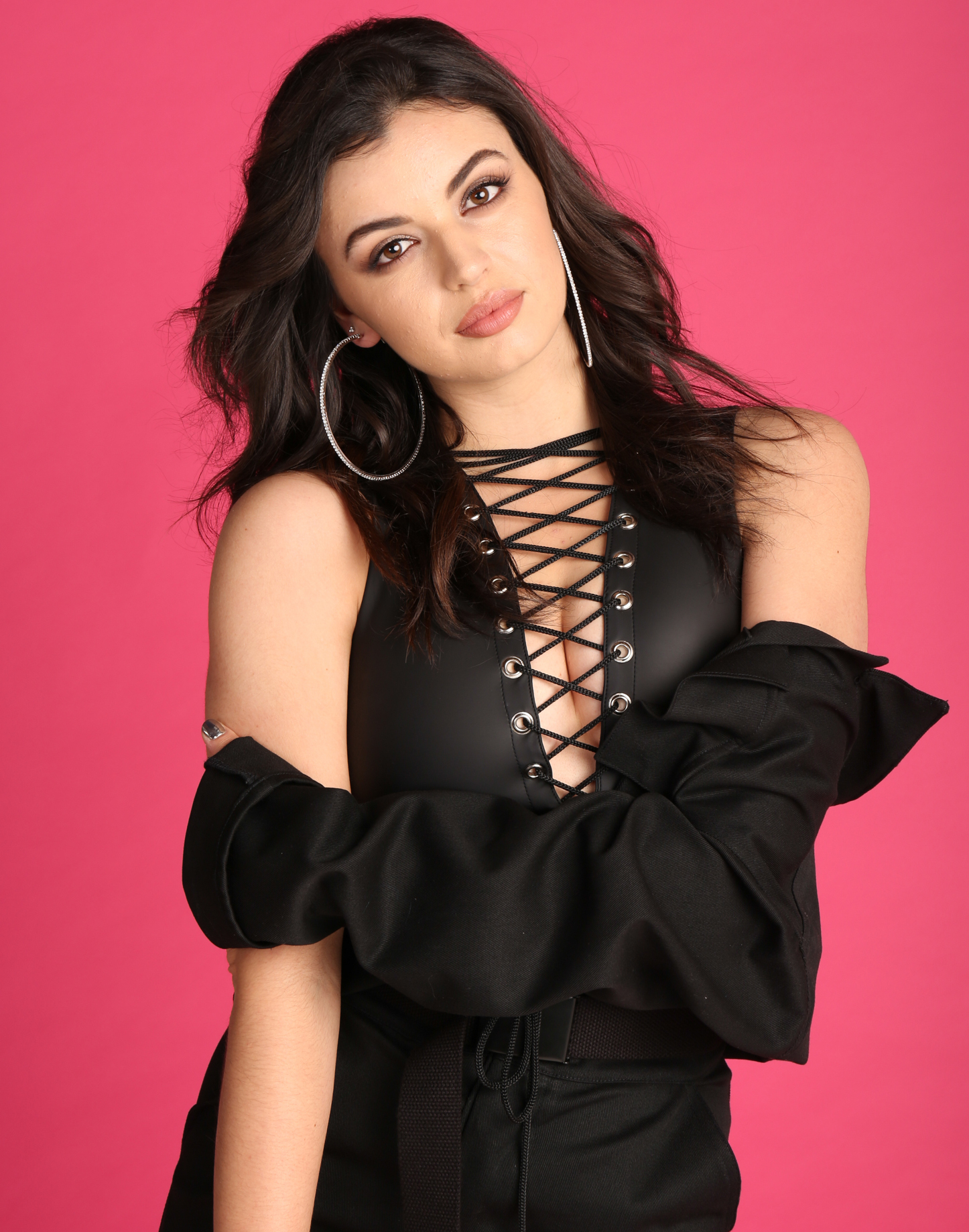 Her stealthy return to the charts contrasts strongly with her initial arrival in 2011 as a mass-culture flashpoint. Black’s “Friday” video appeared online that year, celebrating the banal choices that dominate teen life and the impending arrival of the weekend. After the clip was picked up by Comedy Central’s Daniel Tosh, it became one of the early viral YouTube videos – with more than 100 million views in a month – as well as a convenient punching bag for anyone looking to vent about pop music, Auto-Tune singing, tween culture and the possibility of becoming famous with help from the Internet.

Rebecca Black Says Debut Album Is Not Like 'Friday'

That history still stings: “I’d be lying if I said I was totally over the ‘Friday’ stuff and that it doesn’t affect me,” Black tells Rolling Stone. “When you’re 13, and you get so many people giving you death threats, telling you that you don’t deserve to live this life, calling you ugly, fat, terrible, the worst person in the world, that will affect you. I just try to give myself a break every now and then, and take some of the pressure off of trying to prove myself to everybody.”

Despite the vitriol aimed at “Friday” and its singer, the track’s main crime was being ahead its time. Viral song eruptions weren’t as common as they are now: Just this year, one meme-aided Hot 100 Number One song, Rae Sremmurd’s “Black Beatles,” has already been replaced by another, Migos’ “Bad and Boujee.” Also, the Billboard charts didn’t account for streaming activity in 2011, so Black wasn’t fully able to reap the benefits of her online cachet. And Auto-Tune is more widely accepted, at least by critics, as a stream of acclaimed artists – Future, Chief Keef, Young Thug, Lil Yachty – have used pitch manipulation to their advantage.

All these shifts should help Black as she steps back into the pop world at age 19. “The way the industry works now, this is not out of the norm,” says Nadine Santos, Director of Programming for Music Choice, which controls audio content for cable TV subscribers. “[Black] came out, she was young, she had ‘Friday.’ Whether people liked it or not, it got her name out there, and it reflected her age and where she was at the time. Now I feel like this new track can be looked at a little bit differently – more respected.”

Santos also points out there is recent precedent when it comes to an artist bouncing back from a song he or she might not be proud of: Look no further than the Chainsmokers, who held the Number One spot on the Hot 100 for nearly three months last year. “When they had ‘#Selfie’ [the Chainsmokers first hit, from 2014, which the group has referred to as “our stupid novelty song”], that was something they didn’t want to be remembered for either,” Santos says. “Now they’re one of the biggest duos in the industry.”

If Black pulls off her own version of the Chainsmokers’ turnaround, she will do so with help from YouTube, where she started her own channel at age 16. “I was homeschooled, and I got really lonely,” she remembers. “Through Twitter I started randomly reaching out [to video creators]. You’re at the point where you have nothing to lose, so you reach out to these people. Sometimes you connect.”

Although she’s been heavily cyberbullied, she still praises the Internet as a welcoming place. “Whatever you like and you can’t find in your immediate circle at school or in your hometown, there’s a great chance that you’re gonna find it online,” Black says. “There is a home for everybody.”

She presents her channel, which has amassed more than 1.3 million subscribers to date, as a space to exercise creative control and experiment: On YouTube, Black can be artist, music critic, karaoke-session leader, baker, shopping consultant and more. In an episode from last December, she rollicked across decades of pop music, discussing a new song from JoJo – the former teen star who recently mounted her own comeback – next to the Carpenters’ seasonally appropriate “Merry Christmas Darling.” Black talked about the joys of listening to albums from start to finish as her cat occasionally crept across the screen behind her.

“With ‘Friday’ came a lot of baggage.”

While honing her YouTube presence, Black also obtained her high-school diploma, moved to L.A. and started to woodshed her songwriting. “This time last year it was every day at studio sessions,” she says. “Every time I was in a studio or a writer’s room, I tried to soak in as much as possible.” She eventually fell in with Shari Short, a member of a songwriting group called the Writing Camp, whose affiliates have contributed to records from Beyoncé, Rihanna and Selena Gomez.

The first result of Black’s new phase was “The Great Divide,” which exists both as a plaintive piano ballad and a floor-wrecking dance cut. The downtempo version came first, bidding goodbye to the “Friday” era: “Wash my hands, turn my back,” Black sings. “I don’t need the memories we had.” “With ‘Friday’ came a lot of baggage,” she explains. “There were so many things that I was holding on to. I wanted to let those things go.”

This type of ballad has led to some surprising pop successes recently, such as Ruth B’s “Lost Boy,” an unusual, beat-less, keyboard-driven tune that climbed to Number 24 last year on the Hot 100. Santos also sees shadows of established stars Katy Perry and Demi Lovato in “The Great Divide.” “It was a great avenue for [Black] to go down,” Santos adds. “It comes from a more musical background, instead of the one-hit wonder type of song.”

The lung-busting hook and stately keys of “The Great Divide” primed it for transposition onto the dance floor. This is standard and savvy practice in pop – when you release a ballad, commission a remix, too, so a listener has more than one way to encounter a track. One of the three remixes of “The Great Divide” was put together by Dave Audé, who has 14 Number Ones as an artist and won a Grammy award last year for his rework of Mark Ronson and Bruno Mars’ “Uptown Funk.” “I wasn’t worried about any Rebecca Black[–related] backlash,” he says. “In fact, I was hoping I could help her go the other way with that, since she’s awesome and she’s very talented. She’s matured, and she can sing.”

On Friday, Black is releasing another song – an Eighties-pop-indebted cut titled “Foolish.” She co-wrote it with Short, Greg Ogan (another Writing Camp member) and Spencer Neezy. Black promises that an EP is coming this summer. At the moment, she says she is operating as an indie artist, without label support.

Occasionally a cyberbully still crawls out of the Internet’s woodwork. “Every now and then you get the ones that say the same things they’ve been saying for six years,” Black admits.