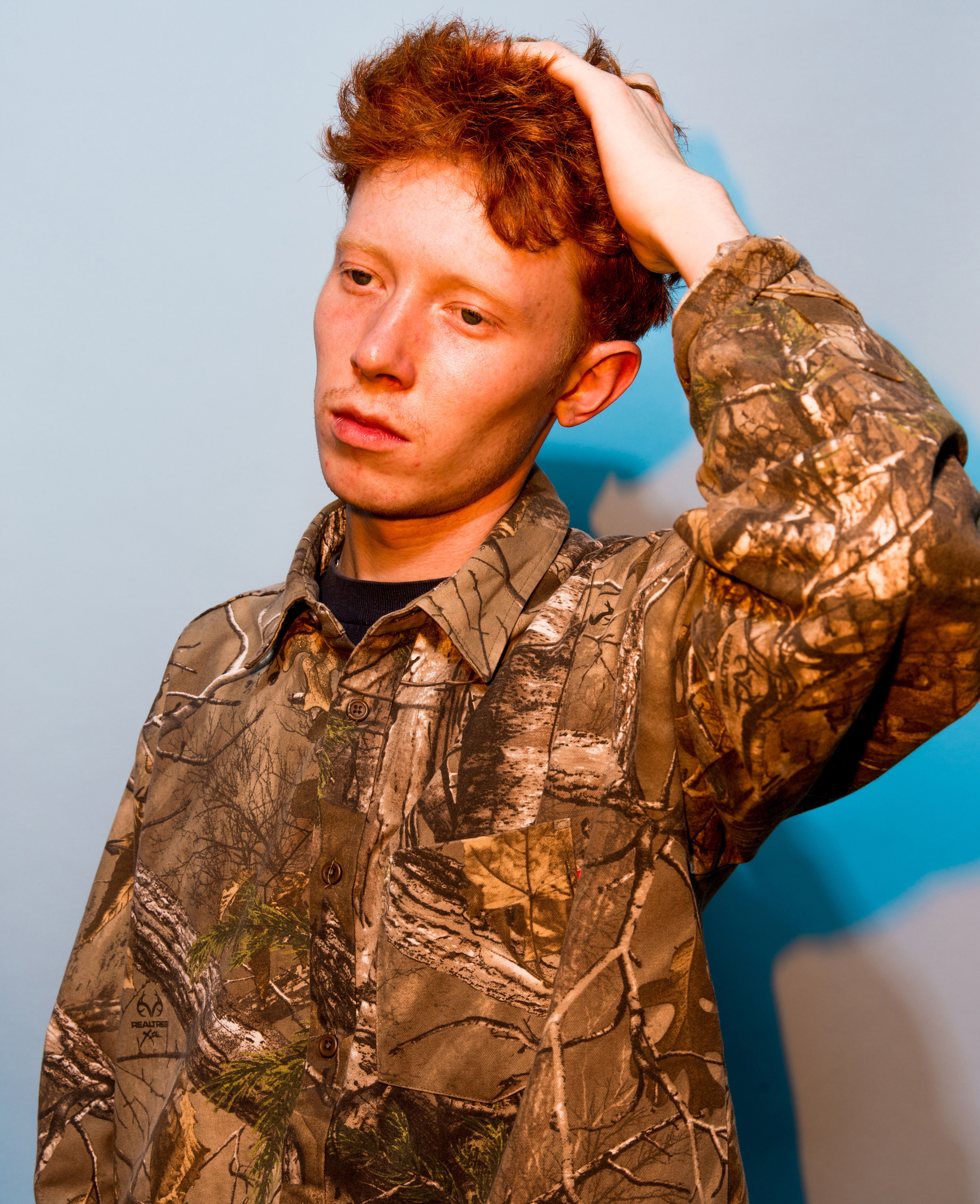 The kids outside Chicago’s Metro have been waiting for hours to see Archy Marshall, the 23-year-old London singer known as King Krule. But Marshall, who has a cold, is having a hard time getting excited about the sold-out show. “I love playing music,” he says. “But especially on days like today, where my throat feels like shit, I dunno.”

Marshall’s blasé attitude extends to pretty much everything, including celebrity endorsements. When Kanye West invited him to make music after hearing his 2013 breakthrough, Six Feet Beneath the Moon, Marshall says, he declined because he didn’t want the pressure. Beyoncé shared his spare, angsty 2013 single “Easy Easy” on social media. Today, Marshall says he’s still skeptical of her praise. “I’m not going to lie to you,” Marshall says. “I don’t think Beyoncé ever contacted me personally or ever complimented me from her own brain. I think it was something her social media team did. I haven’t met her. She hasn’t gone out to a gig. So how true is this shit?”

Marshall’s ability to spin murky tales of disaffected working-class urban youth has made him something of an underground cult hero. His new LP, The Ooz, veers from jazz to punk to dub and hip-hop, with Marshall singing about everything from class warfare to depression in his gruff, preternaturally low growl. The schizophrenic arrangements make sense when Marshall starts talking about his childhood: A portrait of Afrobeat icon Fela Kuti hung in his home, and he was listening to underground jazz and reggae artists like Albert Ayler and Augustus Pablo, respectively. By 11, Marshall was recording on an 8-track. From then on, he says, “I was always in my own world, creating.” He missed so much school that social services at one point threatened his parents with jail time; Marshall’s luck turned around at 14 when he was accepted into the famed BRIT School, whose alumni include Adele and Amy Winehouse. “That school saved me,” he says. He began posting music on Bandcamp as Zoo Kid. Dean Bein, president of Marshall’s label, True Panther, stumbled onto the bleak, folky “Out Getting Ribs,” and in 2011 released the then-17-year-old’s debut EP as King Krule. Six Feet followed and was nominated for the BBC’s album of the year.

Marshall says his teenage success “empowered me. I was like, ‘Yeah, I always knew I was a genius. Now people know.’ ” The success encouraged him to indulge in his wildest artistic fantasies on The Ooz, which features his eccentric observations amid manic fits of guitar and lounge-singer piano.

Backstage after an intense performance, Marshall
greets guests like Chance the Rapper’s band and SZA’s producer Carter Lang, who
brings up the possibility of a collaboration between Krule and the R&B
singer. Marshall listens before excusing himself to his dressing room to roll
up a cigarette. His mood seems to be brightening; asked to offer a take on
tonight’s show, he flashes a rare smile. “Eh,” he says. “It was
all right.”