You probably know Melissa Young as Kid Sister, who, in 2007, as a spritely Chicago MC earned a verse with the city’s burgeoning superstar, Kanye West, on her high-energy dance-rap track “Pro Nails.”

Today, she continues to make music; she recently appeared on Black Thought and Danger Mouse’s boom-bap collab, Cheat Codes, and has seemed to earn credits as a contributor to esteemed Black-power-soul outfit Sault (“I’m not at liberty to say anything about anything,” she says when I ask her about her involvement with the group.) She’s been studying songwriting, avidly devouring books on composition, and compiling a list of perfect pop songs based on her research (“Feel Good Inc” by the Gorillaz and “Rehab” by Amy Winehouse are two of them). However, Young has been following another calling for the past few years: mental health counseling and coaching.

Despite being an active musician, one day this summer, Young discovered she had both been utterly dismissed as a bygone act and celebrated for her coaching business on two different sides of the internet, within mere hours.

“[There] was an Instagram post that was like, ‘Kid Sister made a splash on the stage with “Pro Nails” in 2008 or whatever.’ And then it was like, ‘And then she came out with “Long Way Back,” but she was never heard from again,’” she tells me from her cozy home office in Chicago, where she can hear birds chirping through an open door.

RS Recommend: Here's How to Boost Your Mental Health From Home

“I’m like, ‘That’s not true!’ I was feeling some type of way, which, as a therapist, I will name the feeling. I was feeling frustrated and embarrassed.”

But then, four hours later, she saw she was gaining followers – not on account of that disparaging Instagram post, but rather, a Tweet that read “Remember Kid Sister? Well she’s now a therapist & wellness coach who specializes in helping WoC in the entertainment/creative industry. She said when she had issues as an artist a lot of mental health professionals didn’t understand the game so she’s filling that space! So cool.” It was threaded with a screenshot of her Instagram, through which Young shares advice and markets her coaching business, Palo Wellness.

Young didn’t know the person who wrote the tweet, who went by Yinka, at all. “It was just a really amazing, happenstance-y serendipitous thing,” she says.

Yinka’s act of kindness brought about a burst of inquiries about her services, Young says. She started Palo in March but has been coaching since 2019. In May, she graduated from Northwestern University with a Master’s degree in Clinical Mental Health Counseling after an intense, accelerated program that lasted nearly two years, requiring about 70 hours of work a week. She’s now a Certified Trauma Professional and a National Certified Counselor.

Young chose to enroll at Northwestern once the pandemic hit, after crafting her own path to healing from nearly a decade of depression. She saw how her mental health struggles had roots that intertwined with her identity as an artist and a Black woman. Now, she’s a resource for people who face similar challenges.

“We like to say in the mental health industry that summer is our slow season,” Young says, comparing the first iteration of her career in music to that sunny stretch. “It’s like, “Who needs therapy?” she says. “Everyone’s heaping you with praise, everyone’s saying how dope you are, how well you’re doing.”

Roughly two years after the success of “Pro Nails,” and the media attention that came with it, Young released her debut album, Ultraviolet, in 2009. The album, which featured Estelle and Cee Lo Green – and included a single produced by two of Swedish House Mafia’s three members – received mixed, but generally favorable reviews. However, Young soon felt a shift in the energy around her music.

In 2010, she moved from Chicago to Los Angeles, right around the start of an American explosion of electronic dance music, or EDM, a controversial catchall for all sorts of digital sounds from house to dubstep; an umbrella under which acts like Skrillex, David Guetta, and Calvin Harris were placed. Interest in EDM skyrocketed through the 2010s: pop stars like Rihanna and Nicki Minaj were partnering with its biggest producers, and festivals like Ultra Music Festival and Tomorrowland were raking in cash. It seems like it would have been the perfect era for Kid Sister’s star to solidify, as an artist who was raised on and reimagining the Chicago-bred house music created by Black, brown, and often queer DJs to which EDM was indebted.

“Those were my heroes,” Young says. “The south suburbs of Chicago, which is where I grew up, that’s where a lot of these artists are from. Cajmere, Felix da Housecat lived in the neighborhood right across the street. I feel like that’s what I joined, and then very quickly after that, the scene was gentrified. It felt like it got gentrified by rich White boys.”

“I think I was just like, ‘Why? Why don’t I have shows? Why are things so quiet?’ I was so confused. I thought we were okay. I just didn’t get it,” Young says. “It wasn’t until later that I kind of connected. I was like, ‘Oh, wow, okay, got really white.”

She says she could sense a disinterest in what she had to offer. “I started to feel unwelcome in the scene,” she adds. “It felt not only unwelcoming, but I am never, and I haven’t been and I never will be the kind of person or the kind of artist who says, ‘I wonder what people want to hear? Let me make that.’ I just made music for fun and it didn’t seem like fun anymore, so I stopped.”

Enter depression. Young had experienced it before, going back to her time as one of three Black students — all related — at her Catholic school as a child, though she lived in an all Black neighborhood. “Some of the kids there, they would see my Black father dropping me off from school and with his ’80s afro,” she recalls. “I was subject to racial harassment at that time, and we’re not just talking about teasing and we’re not talking about bullying even, this is targeted, using the N-word, calling me fat, calling me a bitch, and I’m nine years old.” 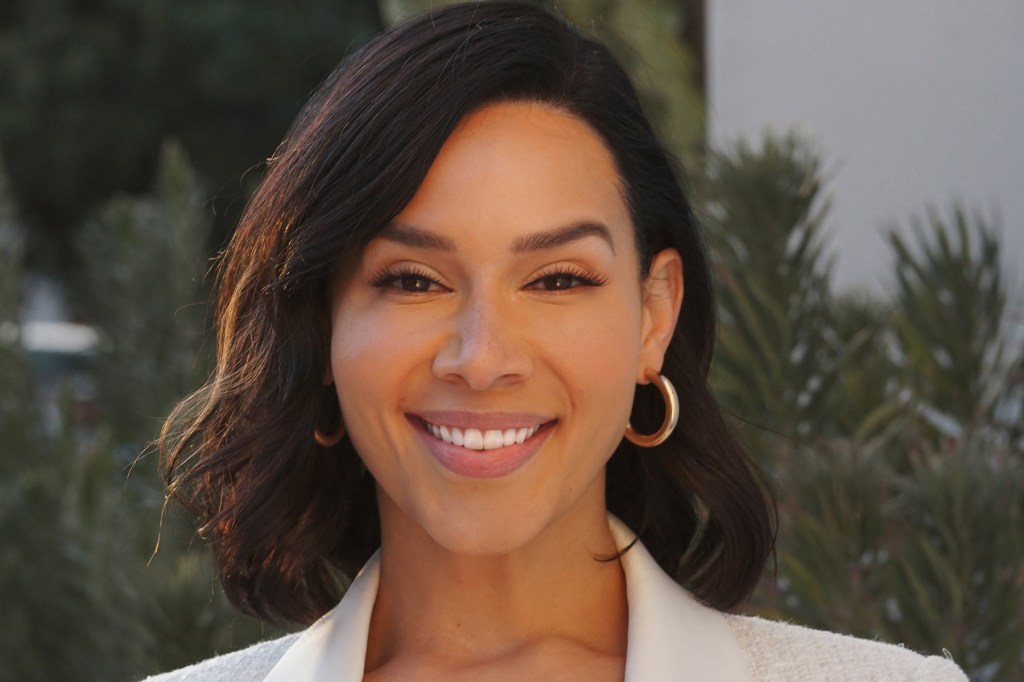 She can reflect on her childhood astutely now. “I think that since that time, I’ve struggled with anxiety, depression. I think any time you feel othered —  even if you feel positively othered — [there’s] unhealthy self-reflection. ‘What’s wrong with me? Why won’t they accept me?’”

In her adult depression after 2010, Young began to doubt herself as an artist, unsure of what kind of music she truly wanted to make and which other artists she could trust. “Essentially, I became reclusive,” she says.

She saw one therapist for just a few sessions, becoming weary of that practitioner’s ability to understand her when they suggested that she just audition for American Idol after she divulged that she was looking for a creative spark and a profile push. Young continued to isolate herself until around 2014 when she stumbled upon a life coach with a background in entertainment.

“I don’t even know how I came across this person, but it was a person leading a personal development workshop,” Young hazily recalls. “I couldn’t tell you the title, I don’t remember the subject, but it was all about getting out of your own way.”

She paid about $200 for three days of coaching around goal setting and future-oriented thinking. The price was a bit daunting, but their work together set her on a path to recovery. “When you’re not touring, $200 can seem like, ‘Damn, do I have that? Can I afford to spare that?’” says Young. “But it was making the decision to invest in myself for the first time.”

Of course, her life didn’t magically change after three days of guidance — coming into herself was a slow process — but thinking about her future pushed her towards a daily ritual of prayer and visualization.

While walking her dog in L.A.’s Silver Lake neighborhood, Young became curious about a mystic shop she’d passed called Spellbound Sky. Popping in one day, she met author Melinda Lee Holm, who worked at the store. After revealing that things were “going a little funky” for her to Holm, Holm pointed Young to Palo Santo wood, which is ritualistically burnt to clear the air and people around it of misfortune, negativity, and evil.

Young then incorporated Palo Santo into a regular routine. “I felt like the overwhelming weight and heaviness of depression, it just feels so toxic, it feels so unhealthy, that it was almost a compulsive thing where I was like, ‘I’ve got to cleanse my space, I have to cleanse, I have to pray and cleanse, and pray and cleanse,’” says Young. Taking some comfort in being intentional, connecting with her God, and believing she could manifest the peace that she desired, Young thinks there’s something to rituals, noting how diverse they can be.

Finally, around 2017, she gave therapy another shot, this time with a counselor who was a Black woman moonlighting in entertainment as well. “That was like, ‘Oh, this is really transformative. Wow, you really see me. Wow, this is a reparative, corrective, emotional experience and this is what I needed.’”

At Northwestern, Young learned that the best predictor of therapeutic success was the relationship between the counselor and client. “Our ideal client is an earlier version of ourselves,” she says. “If you feel safe with me, if we have a good rapport, if things are feeling regulated and calm and easy, good sign, good sign that you will do well.”

She feels equipped to hold all parts of clients who are women of color or who do creative work (or are both) by being fully present and focused on the individual without being overbearing. As we talked, Young expressed the same empathy for her past self that she says she hopes to offer to the people who seek her help.

“I struggled for seven, eight years. No one should have to wait that long before they feel better…oh,” she says, feeling the weight of that strain on her as she recalls it. “That was a long ass time. And so if I can help keep another person, another creative, another woman of color from having to slog through it for years, for a decade damn near, then that’s the biggest honor.”