Kendrick Lamar's 'Damn.': Inside the Making of the Hit Album - Rolling Stone
×
×

When it came to a new Kendrick Lamar track called “Lust,” producer DJ Dahi thought work had been wrapped. After all, he’d heard an early incarnation built around BadBadNotGood, the Canadian jazz-fusion band, and then watched as the track went through change after change over two months. “It’s a little unorthodox in the way it flows and changes,” says Dahi (a.k.a. Dacoury Natche), the L.A. producer whose work was showcased on Lamar’s “Money Trees” in 2012. “When you first hear it, you don’t know why it’s this or that, but it’s really musical. That was the standard – to have the other records have a taste of that.”

But when Lamar’s Damn. dropped on April 14th, Dahi finally heard the finished take – and was surprised again. “I hadn’t even heard the third verse,” he says. “And I was in there almost every day. With Kendrick, nothing is done until it’s done. He waits until the last minute when the album has to be turned in.”

Based on conversations with some of the many contributors to Damn., Dahi’s story isn’t the exception. One of the year’s most lauded and analyzed albums – currently sitting atop the Billboard chart for the second week in a row – with a range of musical, political and emotional textures that will leave fans peeling back its layers for months to come, Damn. features a huge cast: guest artists Bono, Rihanna, James Blake, Kid Capri and bassist Thundercat, along with a wide-ranging list of co-producers (from Lamar regulars like Sounwave and Dahi to Greg Kurstin, best known for Adele’s “Hello”). Given all those contributors, not to mention the pressure of following up 2015’s To Pimp a Butterfly, Damn. was constantly morphing and changing. As Dahi says, “If you missed a day, you missed a whole new idea.”

Inspiration arrived from many sources. During a trip to New York last August, Lamar and some of his creative posse spent a day listening almost exclusively to Frank Ocean’s Blonde, which had just dropped on iTunes. A jam session led by Sounwave and Dahi followed, eventually resulting in the slinky “Yah.” Lamar and Bono had been talking about collaborating in one form or another for a while, but finally Bono sent in a slew of song ideas and vocals that Lamar and some of his producers picked apart until they found just the right moments, then built a track around it.

Lamar, his label A&R man and some of the producers would regularly trade intensive texts about revising songs, especially if they played one for friends or tastemakers who weren’t feeling it. Some cuts, like “Pride,” were in the works for over a year. “Element” went through as many as 25 different versions. “It was one of the most important songs on the album,” says Dahi. “It was a statement of his place in the game.” Typical for this project, Blake’s piano part on that song arrived late in the process, subtly altering the song’s tone. 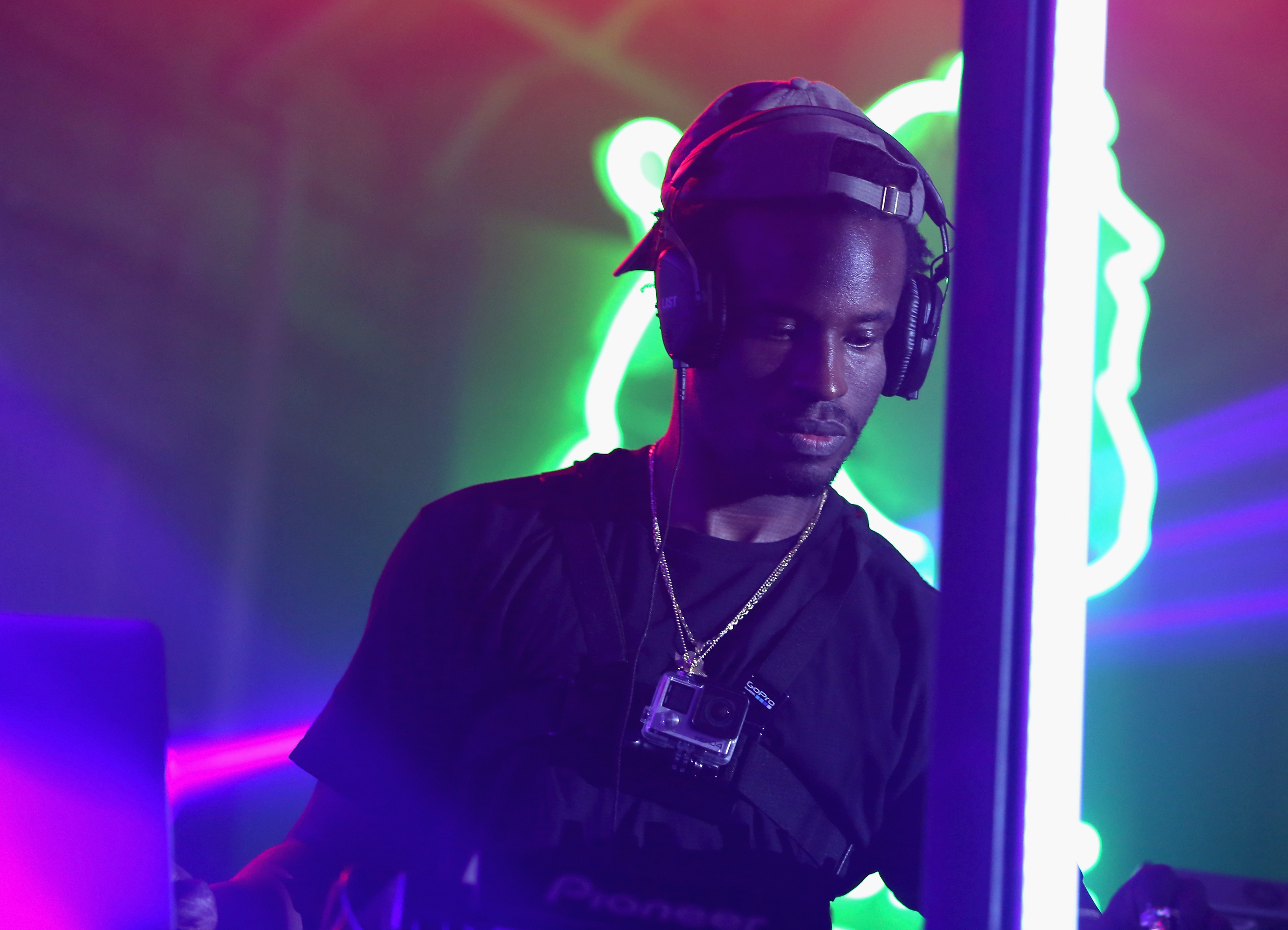 Even the contributors didn’t always know if or what they would be contributing. Take R&B singer-songwriter Zacari Pacaldo, known simply as Zacari, who was invited to play some of his own upcoming album for Lamar. Last fall, Zacari visited the home-base studio in Santa Monica where Lamar was working and found Lamar recording vocals on a couch, microphones at the ready. “It was really comfortable,” Zacari says. “You never got a ‘not welcoming’ vibe from his camp.”

As a way to exchange ideas, Lamar played Zacari “DNA” along with a few tracks that didn’t make Damn. “I thought, ‘Oh, my God, he’s going crazy,'” revels Zacari. “He would record the beat and then redo the whole beat multiple times.” (Like others, Zacari declines comment on whether he had to sign a non-disclosure agreement while visiting the studio.)

“I went in there not knowing what would happen,” Zacari says. “I knew I wanted to play him some of my music and hear what he thought.” During one track, Lamar quieted down, listened intently, and said, “Yo, send me that.”

The track was “Love,” inspired by a turbulent relationship in Zacari’s life. Returning to the studio later, just weeks before Damn. dropped, Lamar played Zacari a surprise: the new incarnation of “Love,” with Zacari’s beats and hook supplemented by added Lamar production and his own singing and rhyming replacing Zacari’s parts in the verses. “He filled in the spaces perfectly,” Zacari says. “He sang over the hook, so it’s almost a call-and-response between us. It was an unusual process for sure, but I love what he did with it.” As for why Lamar chose that track, Zacari can only guess. “He’s really in love [Lamar is engaged to Whitney Alford], so it could be nothing more than that.”

“It was really comfortable. You never got a ‘not welcoming’ vibe from his camp.” –Zacari

That newly emotional side of Lamar also came through when he reached out to Anna Wise, the Brooklyn-based pop artist featured on two earlier Lamar cuts, “These Walls” and “Real.” Wise recently released two enchanting records, The Feminine: Act I and The Feminine: Act II, but her contribution to “Pride” on Damn. emerged when she and producer Stave Lacy laid down a vocal part – “Maybe I wasn’t there, maybe I wasn’t there” – that Lacy then played for Lamar. “He reached out super-excited about it and wanted to understand my point of view in the lyric,” Wise says.

As with DJ Dahi, Wise didn’t experience the final results of her input until Damn. was made public and she finally heard “Pride.” “It’s going to sound corny, but I started crying,” she says. “He’s singing my harmonies. I’m proud of him sounding so damn beautiful on that track, hearing him be so emotional.” Wise thinks it isn’t accidental that Lamar opened up more on his album: “The songs are upfront and more accessible. He must have known, somewhere in his brain that it was the right idea to go a little less out [there] on this record.”

Although Damn. is less than three weeks old, the work for Lamar continues. Dahi says he and Lamar were in touch again after Lamar appeared at a certain brand-name festival. “We got on text and I said, ‘Great show at Coachella,'” Dahi says, “and he wrote back, ‘What’s next?'”