I’m sitting here trying not to choke up,” Justin Vernon says, “listening to Jenny Lewis say such nice things about me.”

It’s a laid-back Friday afternoon in Eau Claire, Wisconsin, which has been Bon Iver’s home base since Vernon founded the avant-pop band back in 2006. He has been a fan of Lewis’ since Give Up, her 2003 album with the Postal Service, which “took over my little town,” he remembers. That led him to see her band Rilo Kiley play in 2005, and he wore out her country-influenced 2006 solo album, Rabbit Fur Coat, recorded with L.A. duo the Watson Twins.

Lewis has been following Bon Iver since their 2007 breakthrough, For Emma, Forever Ago. She was especially impressed by Vernon’s decision to break out of folk by collaborating with artists like Kanye West. “It was so exciting,” she says. “I was a fan of indie rock and hip-hop, but that was the first time I thought, ‘Oh, this is possible?’ It was the coolest thing in the world.”

LEWIS [There are] two questions I wrote down for you. One was, East Coast or West Coast rap? And the second was, Ford or Chevy?

VERNON Definitely Chevy. My car in high school was a 1996 Chevy Beretta, the last time they made the Beretta.

VERNON And East Coast rap. But then again, Kendrick’s sort of my king right now. . . . I really get tired of the genre thing. I met Quincy Jones recently. Quincy [said] that Duke Ellington told him, “It’s your job to decategorize music.” I can’t stop thinking about that. Indie, hip-hop — I think [genres] get in the way superhard.

How has songwriting changed for you?

VERNON I started out very much with very classic strumming songwriting: the John Prine, the three-, four-chord thing. And then doing weirder music, growing up in my early twenties. When I had the chance to make [2007’s] For Emma, I had enough influences and had done enough weird shit with weird bands that I could try to leave everything behind, and run from pattern, or something? Playing guitar in the last 10 years hasn’t felt natural anymore, until recently — it’s back.

LEWIS Do you play guitar on the new record?

VERNON A little. I’ve come back to the love of the simplicity of the thing.

LEWIS I play very little guitar in the shows — I think I play guitar on two songs. And my whole last record was on piano. . . . I find it easier to write on piano. Every day, I make some kind of music. And your thing doesn’t always keep working. You hit one thing too hard, and you have to switch it up. 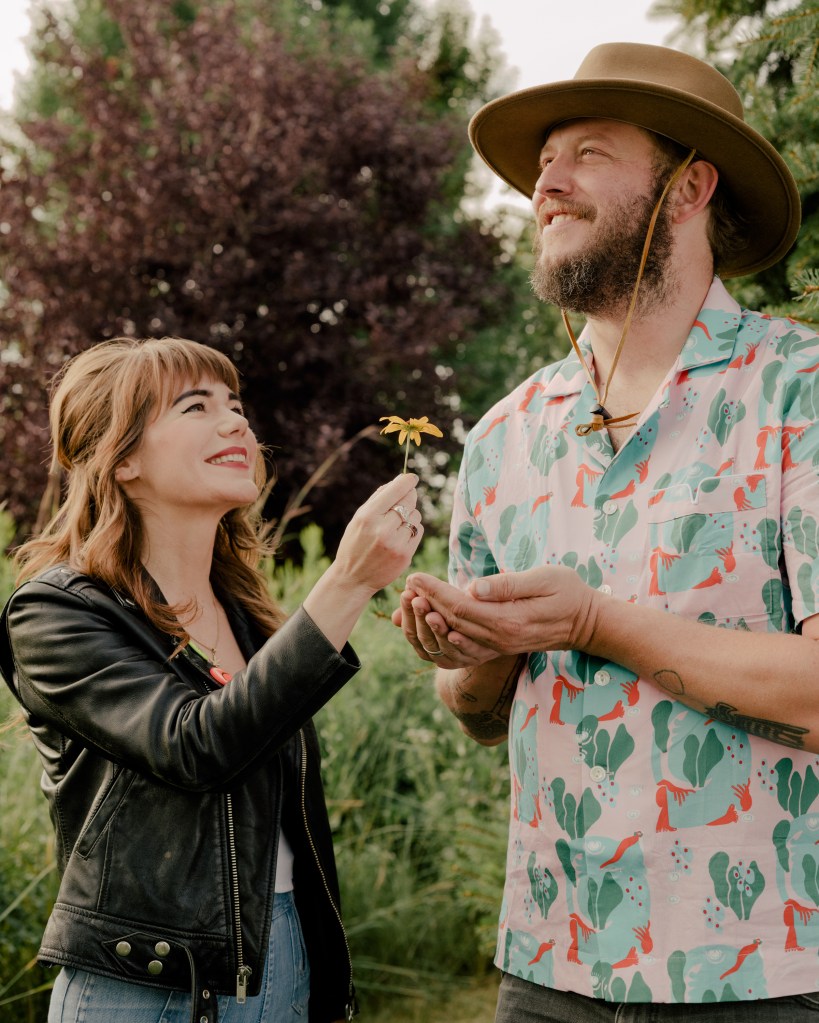 VERNON I feel like there are songs in instruments. I got a $179 Silvertone acoustic off eBay when I was living in North Carolina. Instantly, the day I got it, I recorded “Flume.” I still have the guitar, but there’s no more songs left in it.

Do you ever get nervous when it’s time to release something completely different?

VERNON I’ve learned to not ask for reassurance. I don’t think doubt is a great trait. As an artist in 2019, it’s, “Well! We did our best. Who cares? It’s probably going to sound fine.”

LEWIS And sometimes you’ve got to suck, if you’re going to be a lifer artist. That’s why I love the Grateful Dead, because sometimes they suck.

LEWIS And you have to have that. If you’re perfect all the time, there’s something wrong with you. You have to take chances that are weird.

LEWIS Dylan’s so interesting because you appreciate the era when you reach that age. I’m obsessed with the Christian-era Dylan stuff. I wasn’t ready for that at 27.

VERNON “When He Returns,” that’s my shit.

What are you two listening to now?

VERNON Really? Whack World is my favorite thing I’ve heard in two years. Her rapping, the songwriting . . . even beyond the novelty of the 15-minute album, she’s way past the novelty. It’s such fucking good music.