Isaiah Rashad got one of his first tastes of the spotlight in the fourth grade, as a horse in a school play in his native Chattanooga, Tennessee. Isaiah had no lines or memorable moments. He got on stage and did his little gallop, but went on to live a big life. The Top Dawg Entertainment rapper was so introverted as he bounced around schools in the city as a child that he’s not convinced his old elementary classmates would even remember him. In reality, Isaiah’s rise may have been hard to miss — while Memphis, five hours west of Chattanooga, has hip-hop claims to fame like Three 6 Mafia, Young Dolph, Pooh Sheisty, and others, Isaiah and his rap collective The House may be Chattanooga’s most successful figures in the genre.

Lil Nas X Makes Us Like Him Even More on 'Montero'

It’s an overcast day in early June when we meet at Calvin Donaldson Elementary, where Rashad, now 30, spent his first- and second-grade years. “​​It feels refreshing to be here,” he says, less of Calvin Donaldson and more of Chattanooga as a whole. Since signing to TDE in 2013 — joining SZA, Kendrick Lamar, Jay Rock, Ab-Soul, and ScHoolboy Q — Isaiah Rashad, known colloquially as Zay, has lived in Los Angeles, near the label’s home base. “I was nervous at first because I haven’t been here, especially doing something as cool as this,” he explains of his return. Rolling Stone spent an intimate day with Isaiah Rashad in his hometown, cameras and lights in tow, getting to know his upbringing, his family, and his old stomping grounds. “It’s been fun. The food has been great. The conversations have been cool. I’m enjoying myself.”

Seeing Isaiah smile at, joke with, and hug his loved ones is refreshing. His gold teeth — not removable grills, his actual teeth are more permanently plated in gold — glisten when he emits his wide grin. It’s been nearly five years since he released his last album, The Sun’s Tirade, a wondrous and melancholy tussle with addiction, depression, and expectations. In the time since, Zay had hit financial ruin, gone to rehab, and got California sober. His newest release, The House Is Burning, sounds much like Isaiah is feeling: happy, hopeful, and reflective. The single “Lay Wit Ya” is a bona fide party track, complete with an assist by dancing Memphis rapper Duke Deuce. On “From the Garden,” Zay matches Lil Uzi Vert’s frenetic and confident energy. One of Zay’s favorite album cuts though, the soulful closer “HB2U,” flips through old memories and new lessons: “If you don’t ever get yourself straight, who the fuck is you gonna help mane?” he asks.

Dive into a condensed portion of one of our many conversations with Isaiah Rashad below and look out for our mini-documentary on Zay.

Since signing to TDE, how often have you made music while you were back home?
Once. At my mom’s crib, I only made music there once. It was “Why Worry” and then “From the Garden.” I haven’t [really] made music in Tennessee since 2011, 2012. 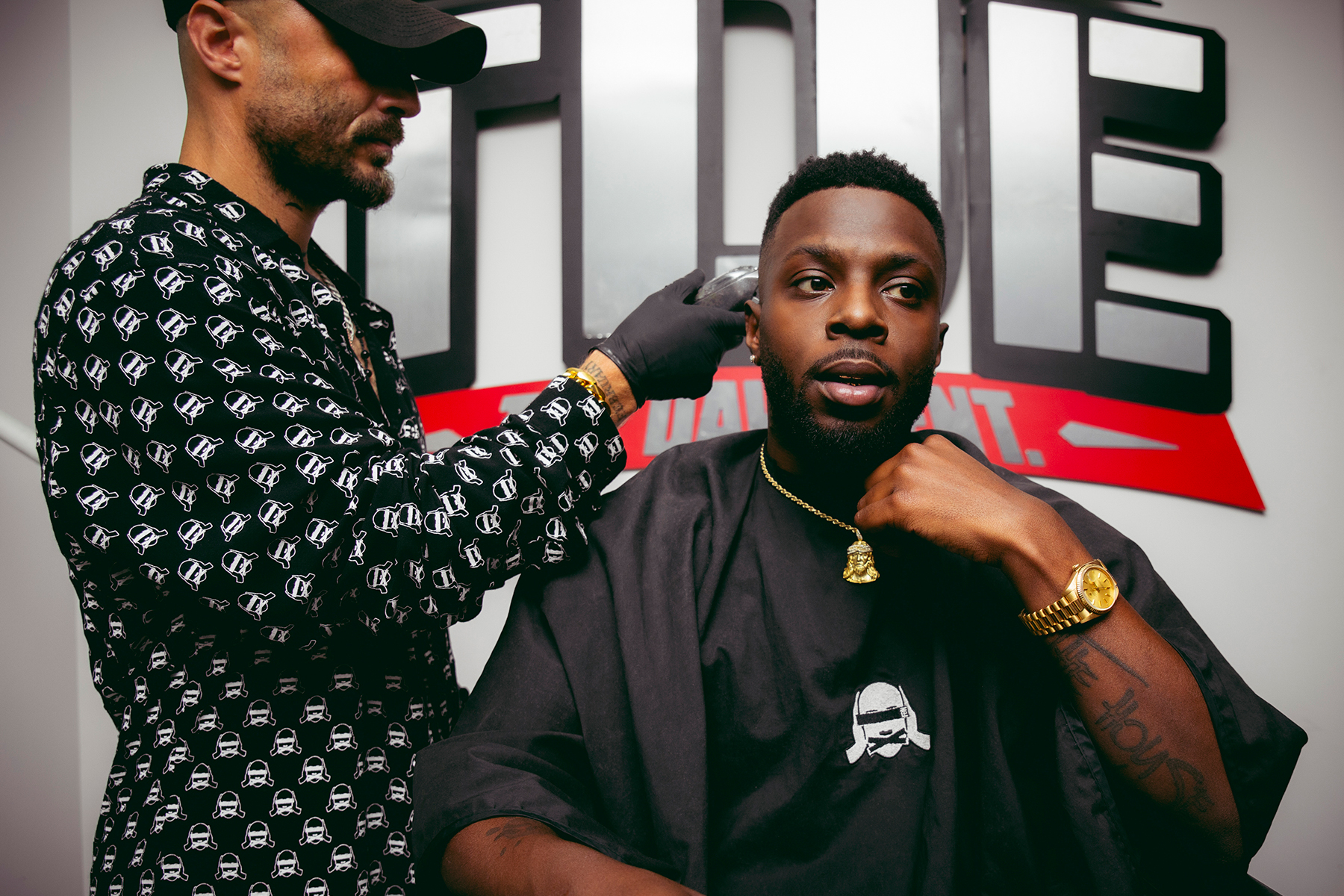 Isaiah Rashad gets a haircut at the TDE offices in Los Angeles.

Does L.A. feel like your workplace or your home?
Definitely my workplace. It’s not too much for me to do except for me to get in trouble and go to work.

Do you like L.A.?
I love the people. The people I’ve met and the opportunities and theme parks and roller coasters and shit.

You came home to Chattanooga for some time within the five years between now and The Sun’s Tirade. Can you tell me a bit about that experience?
I was just not able to self-start or motivate myself. I guess when I put out The Sun’s Tirade, I did interviews or talked to people, and it came off like I was straightening out some shit in my life. But I was putting out a project in the midst of a crisis. So, I came here at the long end of the crisis. It kind of sucked. The only difference between now and then was self-starting and motivation and giving myself a reason to do anything, to get up in the morning — it’s deeper than rap. [It’s] get[ting] up in the morning to make sure I organize my crib and make sure I’m talking to my family and keeping myself together. It was way deeper than rap, and I wasn’t doing that shit. I kind of gave up on myself.

I wonder if you still feel this way, because sometimes we change our minds, but you’ve said The House Is Burning is your most depressing album underneath it all.
“Depressing” might have been the wrong word, but yeah, it’s one of the most honest.

You think it’s more vulnerable than other things that you’ve put out?
Yeah, but it’s definitely more in a perfected way of the way I rap. It’s kind of cryptic if you want to call it that, but I think it’s done pretty well.

I think that it’s definitely some of your most fun work.
It’s fun as fuck, yeah.

But what percentage of the album would you say is fun?
Like 70 percent.

How did making this album feel for you compared to your two other popular projects? Tell me about the songwriting process.
It was fun. That’s the best way to put it. Just freestyling and shit. Freestyling and challenges like the “200” shit. That really came from Moosa [Tiffith, TDE President] betting me $200 to finish a freestyle that I started right before he came in the room. Most of this stuff just came from just trying shit, not taking stuff too seriously, having the confidence to understand, “OK, bro, you’re good at rapping. Just do it. Just do something. If it don’t work, it don’t work.”

What was different for you in making this album compared to your past two projects? Like in your life? In your approach to music? What’s new? What’s changed?
I’m not being a control freak. I’m only really dealing with the music and I’m trusting people to do other shit.

And you were sober making most of this album.
Uh-huh.

What was that experience like?
It was weird at first. Because I ain’t realize that I hadn’t been sober making this music. Niggas always drinking. Niggas always drink at the studio or whatever to try to get to some state of mind. At some point in time, I tried to be a rapper and do what rappers do. And you listen to shit, you going to do it. Power of the word is strong. They told them niggas, “Pop some pills.” Anything you saw was some shit, especially because you kind of idolize it. But, me, I’ve been doing drugs since I was little, so it didn’t really matter. 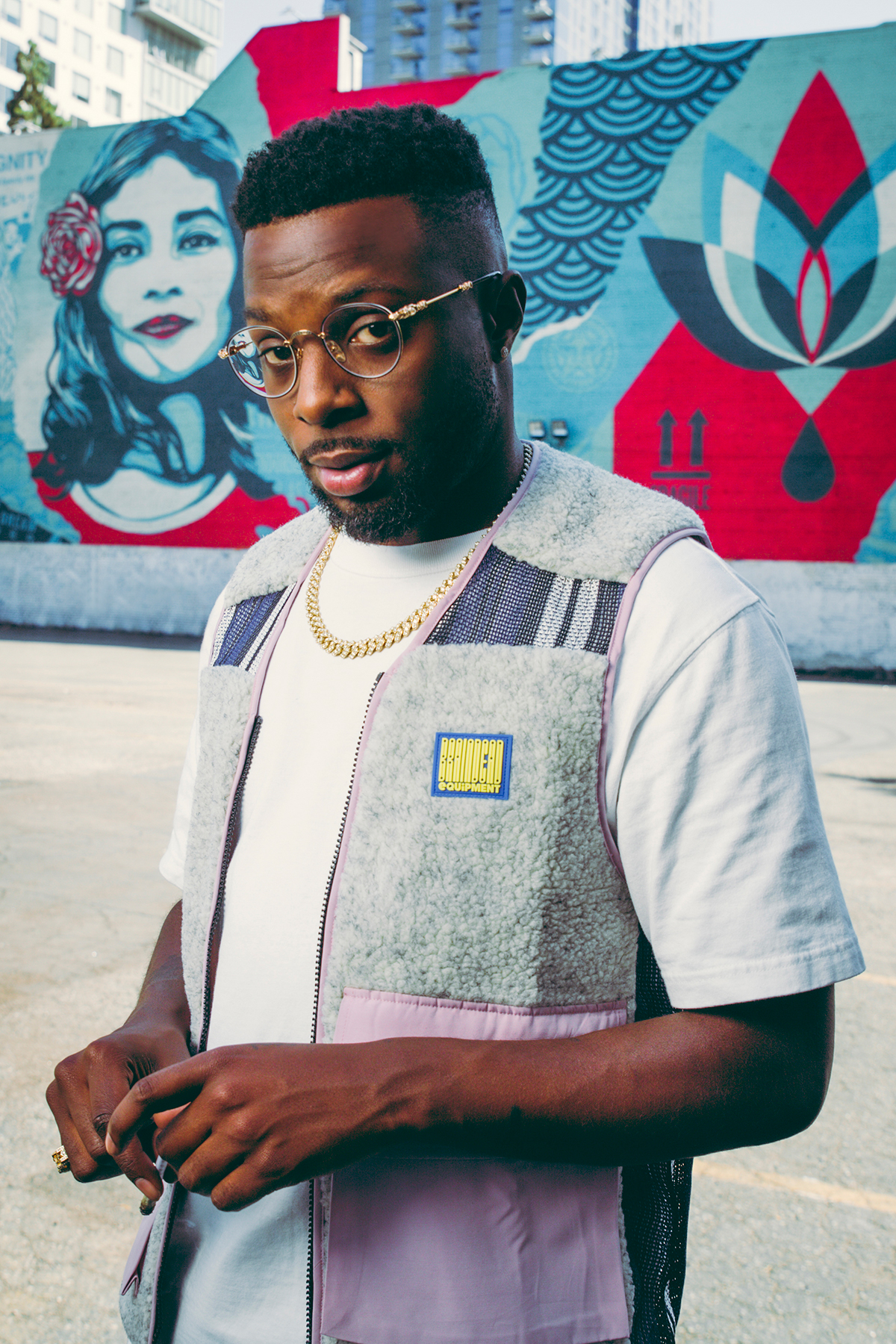 OK. And so it was new, but did you enjoy making music sober?
It was a confidence builder. Not being faded was the confidence challenge I needed to believe in myself. You can do anything faded. You can make a fire verse drunk. Sober? Talking about your experiences and enjoying it and really believing in yourself without embellishing is a challenge.

Tell me about a song on The House Is Burning that is important to you.
“HB2U,” the outro. It’s really personal, but it’s still pretty optimistic. Cryptic too.

Your music is like that. How do you feel about people understanding you?
I used to fucking listen to a Lupe Fiasco song a thousand times to figure out what he was saying. If all [my fans] got to do is listen to it a few times to understand and try to empathize, it can’t be the worst thing. Niggas don’t like doing homework. Do some homework. You’ll be fine.

So ultimately, what does The House Is Burning mean to you?
It’s like a scenario that you either can lay down with the flames or die from trying to hold on to material things and shit like that, or you can get out in a timely manner. And if it all burns down, you still going to try to figure it out, right? Because if not, you might as well just lay in that motherfucker. You got to start over. Shit, sometimes you got to start over two, three, four times, man. Five times, six times. It’s just that type of shit. That’s all it means. You got to have encouraged thinking. Like the shit they used to have on these walls [motioning to the classroom posters surrounding us]. Character traits. Perseverance.

Ahh, the little posters with the black backgrounds. So you feel good about the album? You feel like you were courageous?
I do. I feel like I’m courageous.