Thomas Dolby is still best known for his quirky 1982 electro-pop hit “She Blinded Me With Science,” but as the British songwriter and producer’s new memoir demonstrates, that track is only the most visible aspect of a remarkable three-decade-plus career. In The Speed of Sound: Breaking the Barriers Between Music and Technology, out October 11th, the man born Thomas Morgan Robertson recalls everything from working the mixing board for Gang of Four to collaborating with Jerry Garcia and helping to realize an audio-enhanced Internet. In this exclusive advance excerpt, Dolby looks back at a surreal early-Eighties encounter with his friend, admirer and would-be collaborator Michael Jackson.

I gave the limo driver the address. It was pitch black now, and rain was still pelting down. The driver squinted at the house numbers. “Doesn’t Michael Jackson live on this street?” he said over his shoulder.

“Yes. Actually, that’s where I’m going,” I replied. The driver flashed a look at me in his rearview mirror, and my co-passengers were a little astonished.

We arrived at the address and pulled up in front of a set of huge cast-iron gates. The driver buzzed an intercom, and I told him to announce me. “We have Thomas Dolby for Michael Jackson,” he said. After a few moments, the gates swung open. I told the driver he could let me out right there, I’d just walk up the drive. I was too embarrassed to show up with the whole group. The Capitol execs looked dubious, but I stepped out of the limo in the glare of its headlights and stumbled up the driveway, dodging puddles. I walked past a big glass guard house; inside I could see a pair of uniformed security guards, their faces lit up by CCTV screens. They motioned me on up the driveway. I waved and caught a glint of semiautomatic weapons on a rack behind them. It was much farther to the house than I had imagined.

Michael’s home was an imposing mansion with a fountain and a gravel turnaround. The hefty front door was set in a glass surround, and I could see the grand hallway lit up inside. There was a crystal chandelier, marble floors, and twin Busby Berkeley–style curling staircases. I rang the bell pull and stood there dripping in my sodden T-shirt and jeans. I guess I was expecting some sort of butler or domestic servant. But after a few moments, a small figure in a pink silk leisure suit regally descended one side of the staircase and crossed the marble floor. It was him. 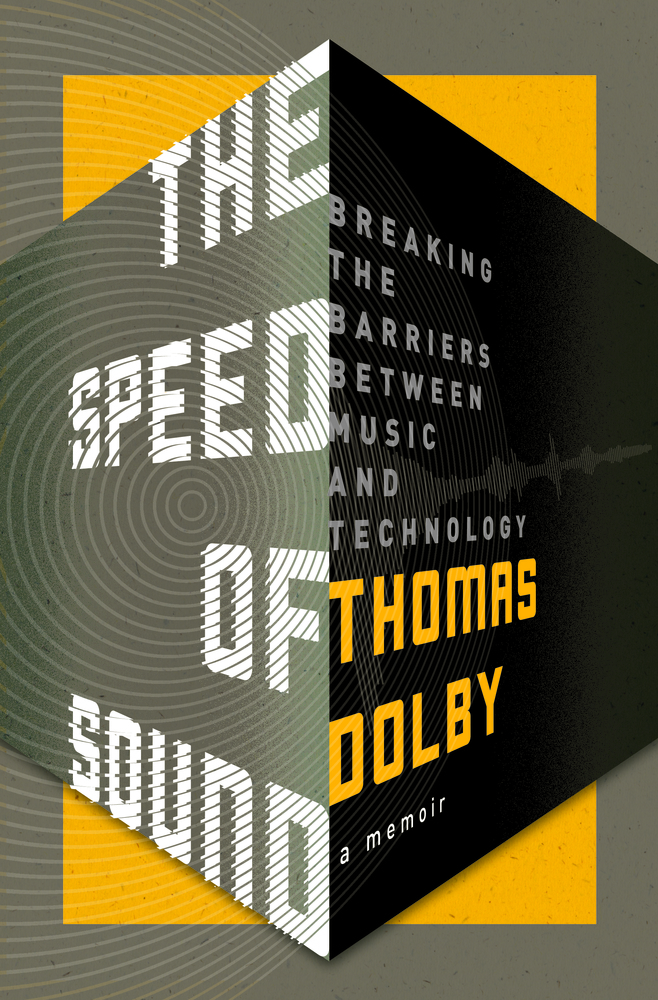 The door swung open, and I stood there, leaving little puddles in the doorway. Michael greeted me with a smile and pointed me to a small bathroom off the hallway. There was a stack of paper towels on the basin, so I used them to dry my hair as best I could and sop up a little of the rain from my drenched clothes.

When I returned, my host was waiting by a gracious seating area at the center of the hallway. “Let’s sit,” he said, indicating a stuffed leather ottoman. I parked my backside on the ottoman, while he mounted a gigantic, jewel-encrusted medieval throne. It was so massive that he had to clamber up to get into it. His arms barely reached the armrests, as it was clearly designed for someone much larger (Henry VIII, perhaps?). Perched on his throne, Michael looked like an action figure of himself.

I cast my eyes around the room at a curious array of art treasures. There was a solid gold mantelpiece with a Venetian clock in a glass bell jar; a stuffed raccoon; a Chinese ivory chess set on a Biedermeier games table; next to that, a Darth Vader helmet on a plinth. Michael settled into the throne in his leisure suit and we began to talk.

“You’re a Libra, aren’t you?” he said. “You were born on October 14th. I saw that article in Creem. I’m only six weeks older than you.”

“You’re into that stuff?” I replied. “I don’t really follow horoscopes. I don’t see how one in every twelve people in the world is going to have the same sort of day as I am.”

“What I love is the symbolism. It’s just so symbolic. See, I’m a Virgo. The Virgo symbol looks exactly like my initials – M.J.” He picked up a pad of paper and drew it for me. I noticed that his note pad had isolated words and random lines of lyrics jotted on it, like many of my own.

“Do you have songs and lyrics in your head all the time?” I asked.

“Every day I write a bit, then I go dance a bit,” he said. I noticed how brown his eyes were. “Then I go play video games.” We both laughed.

He asked about the groove for “She Blinded Me with Science,” how I put it together. “Were those Simmons electric drums? I dig those. I have a set upstairs.”

“Yes, the SDS5s. But I was triggering them with this weird machine called a PPG Wave Computer. It was built to control Tangerine Dream’s light show.”

“I love those guys! Did you ever hear the soundtrack to Sorcerer? The Roy Scheider film? Brilliant. I’ve got a copy in my screening room. Oh, and I just got my own Synclav.” He was referring to the $120,000 Synclavier computerized sampling keyboard heard on the intro to “Beat It.”

And so our conversation meandered. We talked about music production techniques, the fall colors in New England that he missed here in Los Angeles, how we’d each spent much of our childhoods away from home. I was surprised by the breadth of Michael’s knowledge and interests. He was remarkably down-to-earth and easy to talk to, and as passionate about his music as I was about mine.

Thriller had been out a few months, but it had already passed the five million sales mark. Michael asked how my album was doing. “It’s doing well,” I told him – not mentioning any figures – “but now that I’m on the U.S. charts, the music press back in England are saying I’ve sold out.”

I was touched by his words, and I felt myself welling up. All evening I’d thought we were alone in the house. But after we’d been chatting for about an hour, what was already a strange evening took an even stranger turn.

Out of the corner of my eye, I noticed tiny faces peeking out from the railing of the upstairs landing. I glanced up – they vanished. Moments later they were back, more of them this time. I heard hysterical giggling. Then a door swung open, and the 12″ of “Science” came blasting out at 120 decibels. Now there were at least a dozen little faces staring at me, and fingers pointing through the spindles of the balustrade.

Michael explained that on Thursday evenings he liked to invite the neighbor kids over to play with their radio-controlled toys. I asked, “What’s up with the giggling?” He laughed and said, “Oh, they just can’t believe you’re the guy off the TV.” He beckoned to them, and they traipsed down the staircase, each with a toy truck or race car. They were in pajamas and dressing gowns. They laughed and played on the Turkish rug, whizzing model trucks and trains around our feet. Michael directed the proceedings from his perch, like the Thin Controller in Thomas the Tank Engine. We carried on chatting, but from time to time he broke off midsentence to issue a directive. “Hey, Jimmy, bring that over here. … Billy, don’t do that! Now what did we say about sharing our toys?”

“I never really had a childhood,” Michael told me. “I spent too much of it on the road.” It sounded to me as if his dad and his brothers bullied and teased him because they knew he was by far the most talented. When he asked about my family, I told him I was a happy kid and loved my parents very much, although I had to explain to him what a classical archaeologist was.

We discussed our favorite albums and discovered a shared admiration for the Beach Boys album Surf’s Up. Michael was sad that Brian Wilson had severe psychiatric problems and that his brother Dennis was a drunk and a drug addict. “It’s better to die a sudden death than just deteriorate. When I die,” said Michael, “I want to die like Elvis.”

As the evening drew on, I felt it was time I made my excuses. I asked Michael if I could call a cab to take me to my hotel over in Hollywood. “Wait,” he said. “Maybe Randy can give you a ride.” He picked up a phone and punched a few buttons. Randy Jackson, his younger brother, must have been hiding out in some other wing of the mansion. “Hi, Funky. Can you drive my friend over to Sunset Strip?”

Ten minutes later, Michael’s brother Randy appeared in the hall. He was decked out in a skintight red leather suit, bare chest, gold necklace, and sunglasses. He said he’d be happy to drop me at my hotel.

“You come right home afterwards, Randy, you hear me?” said Michael emphatically. “I don’t want you going to some club, picking up a fish, smoking those turds you smoke.”

As Randy Jackson gunned his Jeep up through the Hollywood Hills, the rain was still lashing down. Laurel Canyon, with its sharp bends and high concrete verges, was like a white-water rapid. KROQ was blaring on the radio. I gripped the armrests and longed for my bed.

Randy had a glint in his eye. “Hey, Dolby, you wanna come check out Club Odyssey with me? They have a great sound system, and the best babes in Hollywood hang out there. …”

Excerpted from The Speed of Sound: Breaking the Barriers Between Music and Technology. Copyright © 2016 by Thomas Dolby. Excerpted by permission of Flatiron Books, a division of Macmillan Publishers. No part of this excerpt may be reproduced or reprinted without permission in writing from the publisher.