The new album from Mastodon will tell the story of “a desert-like version of the Grim Reaper,” says drummer-singer-lyricist Brann Dailor. Across a dozen tracks of muscular, metaphysical hard rock, the still-untitled set, due out in spring 2017, grapples with themes of mortality – inspired by seeing close friends and family diagnosed with cancer in recent years.

“Time is a very big theme of the album,” Dailor tells Rolling Stone. “How much time do we have left? What are we doing with our time?”

The album reunites the raging Atlanta quartet with producer Brendan O’Brien (2011’s acclaimed Crack the Skye), who guided a month of sessions at the Quarry in Kennesaw, Georgia, followed by two weeks of mixing and overdubs at Henson Studios in Los Angeles. As before, once Dailor completed his drum tracks, he began sketching out lyrics while rest of the band recorded bass and guitars.

“I get a little movie going in my head about a situation and I start writing about that,” says Dailor. “I try really hard to make it personal and relatable and not too esoteric. It’s embarrassing to write lyrics. I’m a drummer, and I sing a little bit. Together we tackle these things and we figure it out – how to be this vocally driven band that has three people singing that don’t want to sing.”

Like 2014’s Once More Around the Sun, the new album will match the band’s patented epic heaviness with a deeply emotional message on survival and death. The main protagonist within the new album’s lyrics is handed a death sentence from a desert ruler, and then wanders an arid wasteland – a metaphor for illness and doom.

“At the end of the story, the person simultaneously dies and is saved,” says Dailor. “It’s about going through cancer, going through chemotherapy and all the things associated with that. I didn’t want to be literal about it. But it’s all in there. You can read between the lines.”

Musically, Mastodon continues to explore heavy sounds both expansive and intense, building on a foundation of riffs compiled by rhythm guitarist Bill Kelliher during downtime on tour. “The cup overfloweth with riffage,” Dailor says. A few tracks previewed to Rolling Stone are relatively stripped-down, melodic and direct. “Show Yourself” erupts from a straight-ahead riff layered with spasms of wild guitar from Brent Hinds. 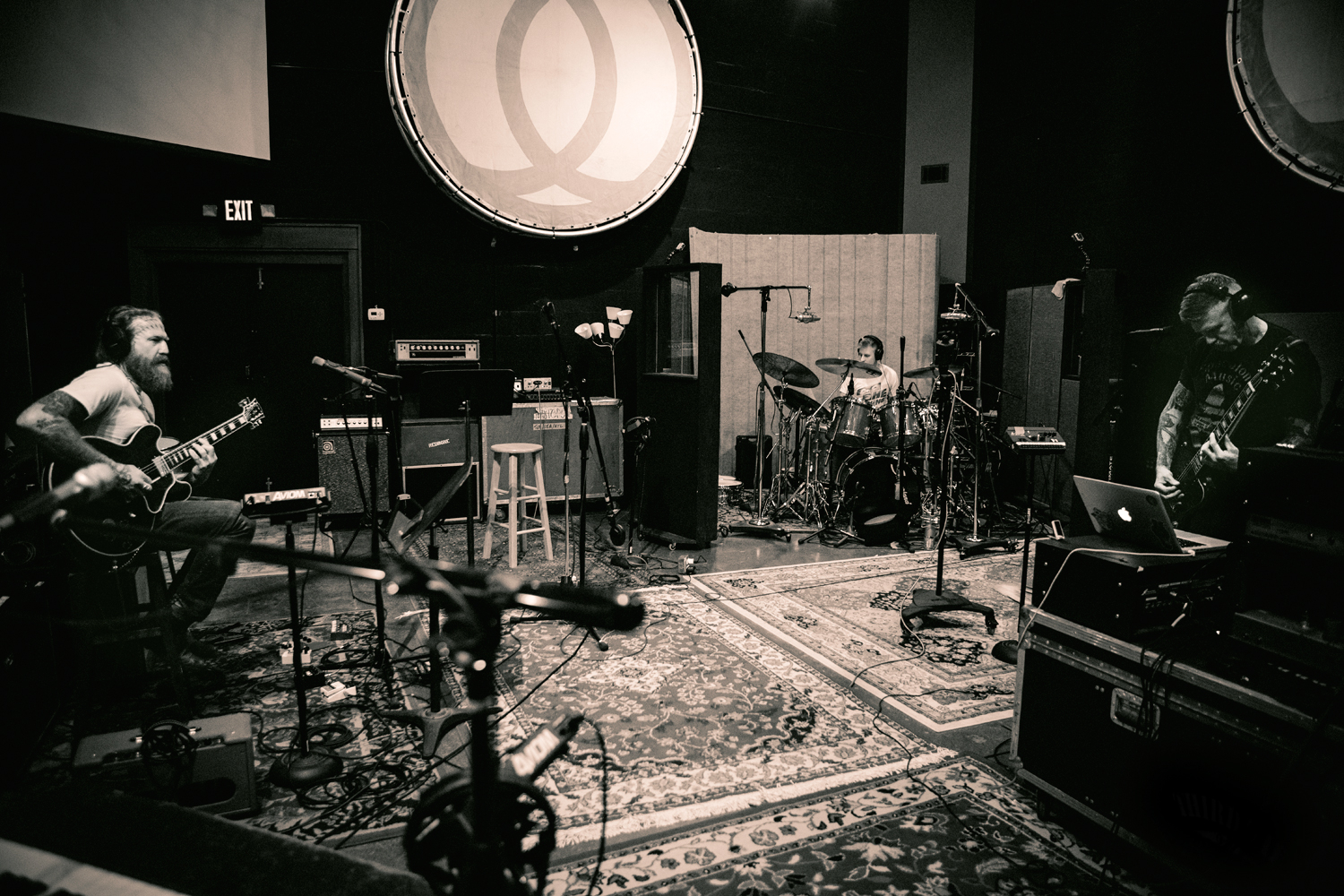 Vocals on “Show Yourself” are by Dailor, but the drummer was slow to embrace the song. “When I first heard that riff, I wasn’t 100 percent on it,” he admits. “I felt like it was too easy to like or something – which is stupid, but I want to avoid ‘easy.’ I was wrong about that one.”

The pile-driving rocker “Precious Stones” is muscular and precise, combining prog-rock ambition and soaring vocal choruses. “Steambreather” is brooding and complex, with speedy guitar patterns and a bright accent of percussion on triangle from Dailor.

Working with Mastodon in 2016, O’Brien noted an increased confidence since he produced Skye. “Those guys are really excellent players,” he says. “All three of the guys that sing are excellent singers now. We’re able to do a lot more melodically and still keep it aggressive and crazy. They can sing!”

“Your Own Blood” delivers a heavy swirl of sound, opening with a shimmering acoustic piece, with growling vocals from singer-bassist Troy Sanders. “It sounded like Led Zeppelin to me,” Dailor says of the acoustic intro, which echoes similar passages across Mastodon’s discography. These sections often originate with Hinds, who writes on acoustic at home and has a taste for the traditional amid the band’s mix of metal, progressive and alternative. “He does all that Southern-style chicken pickin’,” says Dailor.

It’s one side of Mastodon’s music the band has never brought on tour, where things are kept dependably heavy and loud. “It’s all meat and potatoes when we get up there pretty much,” says Dailor. “It’s a scary branch to walk out on. We’re so used to a super-raging audience. If we don’t see people beating the hell out of each other, we feel like we’re not doing our job or they don’t like us.”

The band has contemplated bringing acoustic instruments onstage in 2017. “We always resort to the heavy, heavy, but I’d like to try to be adult and be able to go out there,” the drummer says. “When you play acoustically, you’re pretty much naked. Do you really want everyone to see that? Maybe we’re ready to be naked.”

Sometimes all those ideas and left turns need a referee in the studio, says Dailor. “There’s moments in every recording when things get a little intense – it’s everybody’s baby, and people are fighting for leverage and fighting for real estate. Sometimes things get heavy and Brendan O’Brien will grab a guitar and start playing a Yes song and everybody feels good. He knows how to diffuse situations.