Janis Joplin is about to lose it. It’s 1969, she’s just finished a show at the Fillmore East in New York, and the group in charge of the theater’s so-called liquid light show, Joshua Light Show, has projected a one-word question on the screen behind where the bands play: “More?” Joplin had probably been looking forward to a break; she had another show to do later that night. She heads for the man in charge of the visuals to give him a piece of her mind, but then has a change of heart.

“Now I’m upstairs, hanging off the wall, and there’s Janis Joplin and she’s really mad, and she’s gonna tear into me, but she sees a cute Jewish boy,” remembers soft-spoken Joshua Light Show mastermind Joshua White, now 74, at his Manhattan apartment. “So instead of really being angry, she flirts with me. And she says, ‘Come and see me after the second show.’ Well, after the second show … I walked 10 feet into the other room. I had no expectations. And she was so drunk, she couldn’t recognize me, or her feet if she had to. But that was my erotic brush with greatness, was she hit on me between shows.”

Such an event was business as usual for White in those days. He had the enviable gig of providing mind-melting visuals – trippy patterns of oil and water here, a shot of Nixon there – for the biggest musical acts of the late Sixties: the Grateful Dead, the Who, Jefferson Airplane, the Doors. The red and yellow lights on the back cover of Jimi Hendrix’s 1970 album Band of Gypsys, recorded live at the Fillmore, belong to White. And the cover of Iron Butterfly’s ’68 classic In-A-Gadda-Da-Vida is a shot of the band playing with Joshua Light Show – in back of the group are two giant balls, each containing what look like orange and black flowers.

White and company were, of course, far from the only liquid light artists in those days. Pablo, Pig Light Show and Joshua Light Show were stationed on the East Coast; Brotherhood of Light, Glenn McKay’s Headlights and Bill Ham were out West. Joshua Light Show is, however, one of the last original liquid light shows shining. Though they’ve spent more time apart than together, the group – which now includes cartoonist Gary Panter, Scissor Sisters singer Ana Matronic and original member Doug Pope – turns 50 this year, and they’re celebrating with shows at their now-regular haunt, NYU’s Skirball Center. On Friday and Saturday, just as they’ve done since 1967, they’ll collaborate with musicians: Jon Spencer and Cristina Martinez’s hard-hitting punk outfit, Boss Hog, avant-rock luminaries Man Forever and Dave Harrington Group, and synth explorer Kaitlyn Aurelia Smith. What’s changed in the ensuing half-century is only how the gigs are billed. Nowadays, people go to see Joshua Light Show. There will be music, too.

Some trace the story of the liquid light show back to San Francisco artist Bill Ham, who started experimenting in this vein in 1965. The idea became this: Place a screen behind a band and project, from the rear, slides, film loops and oil mixed with water. The trippy visual experience became forever entwined with the psychedelic rock bands of the day. “There’s no question that, in my opinion, the development of the scene as it evolved in San Francisco was way more than the music,” says Jefferson Airplane guitarist Jorma Kaukonen, who also plays in Hot Tuna. “And part of it, of course, was the visuals that came along with the light shows.” 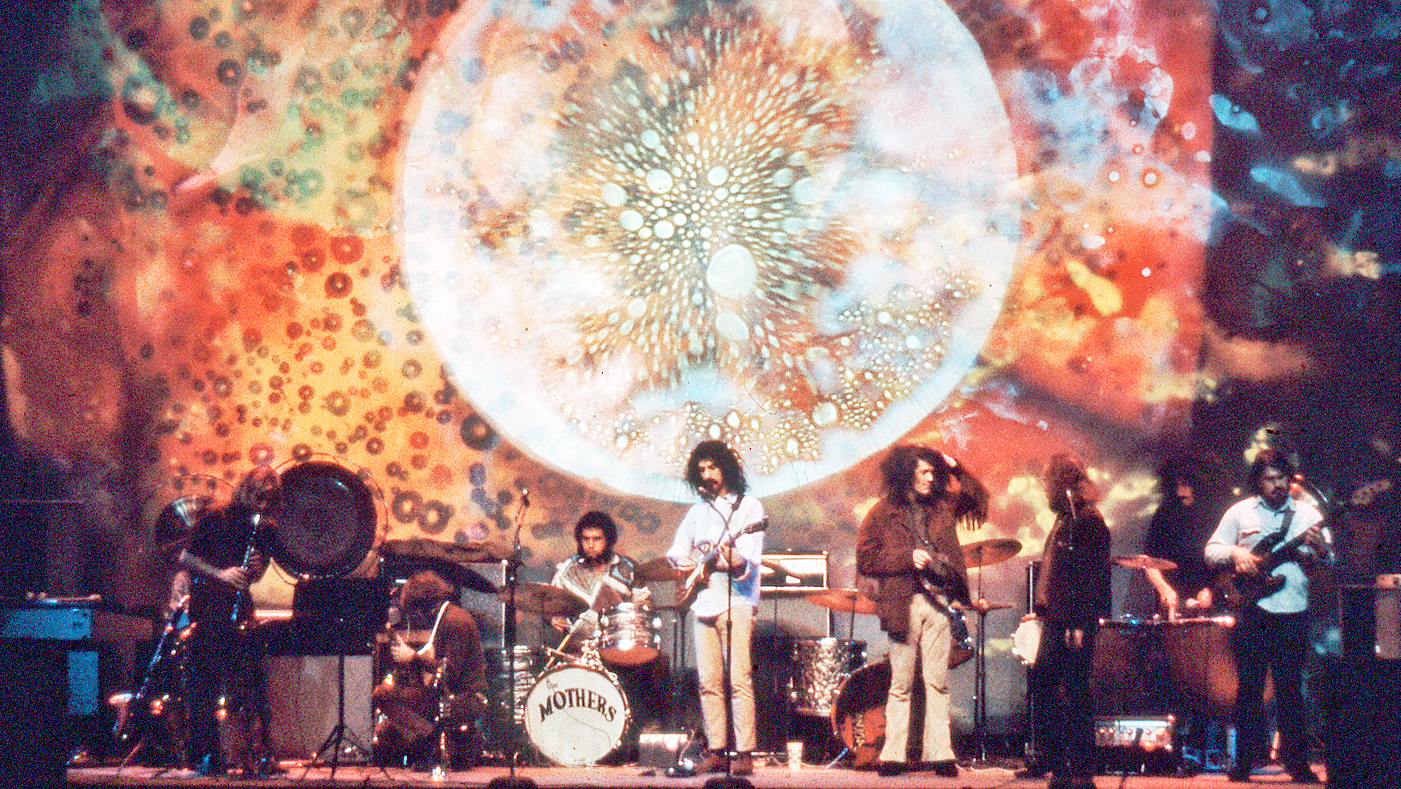 But liquid light shows weren’t merely doing their thing while bands played. On the contrary, they were following the musicians’ every move, jumping into the deep end after them and heating up when the music was on fire. “The interaction was there and everybody felt like everybody was involved,” remembers Airplane bassist Jack Casady, also a member of Tuna and an occasional low-ender with Hendrix. “If you had a really good set, or an extended improvisational aspect like [Jefferson Airplane] did and of course the Grateful Dead and other people, then the light-show people tended to all get into that. And it was great – it was a great feeling.”

Throughout Joshua Light Show’s four lives – ’67 to ’70, brief adventures in both the late Seventies and early Eighties, and 2006 to the present – the “extended improvisational aspect” has always been the focus. In fact, White, whose other gig as a television director saw him helm the Seinfeld episode “The Library,” equates the Show to a collection of beboppers, ready to explore a tune without ever forgetting its structure.

“We’re as closely associated to progressive jazz as you can get,” explains White, who had Dave Brubeck on when Rolling Stone first entered his apartment. “A group of musicians, all really good, get together and they’re gonna play [the jazz standard] ‘April in Paris.’ And somebody counts it down, and they all start playing ‘April in Paris,’ and then everybody goes in a different direction and solos, but they come back to ‘April in Paris.’ Same thing. We know it’s gonna begin, and we know it’s gonna end, and what we do in between is what we feel. The important thing is that when the show is hands-on, especially the liquids and the lumia, is that we can react instantly.”

Joshua Light Show is perhaps the most high-profile of the original light shows that are still going – due in part to the NYU shows, which started in 2012 and have seen the group perform with the likes of Lou Reed and Television – but San Francisco’s Brotherhood of Light, which got started in ’68, is also still on the beat. Chris Samardizch, 63, who joined the Brotherhood in 1988, saw the crew become the Allman Brothers Band’s personal liquid light show from 1990 until the Allmans broke up in 2014. The Allmans’ many shows at New York’s Beacon Theatre were full of possibility and inspiration for Samardizch, and he remembers that special feeling right before things would get off the ground there.

“And then all of a sudden the band walks onstage, and they hand you the set list,” he says. “And it’s never the same, and you just gotta create from the moment they hit that first note till they walk off the stage. So you’re, like, mixing a live film or something to this music, throughout the next three hours. And especially the Beacon, where we had these three-and-a-half–hour shows, we could just go off. We’d just jam and go into places that we never went to before. Because we weren’t doing a greatest-hits package or anything; it was a real jammy thing. And that’s what they wanted too, the band. They wanted something that was live. A live mix. It gives a feel that you don’t get anywhere else.”

It’s exciting that groups like Joshua Light Show and Brotherhood of Light are still here – liquid light shows fell out of fashion, explains Samardizch, when the “arena-rock world” took over in the early Seventies – but just as thrilling is the fact that they’ve been passing the torch. New liquid light shows have been popping up, taking their cues from people like White and Samardizch. Queens, New York, resident Steve Pavlovsky runs Liquid Light Lab, which has worked with artists like Gene Ween and the Jon Spencer Blues Explosion. In his late thirties, Pavlovsky sees the old-school vibe of liquid light shows as a big draw, and so do the young people that get in touch with him about his work. 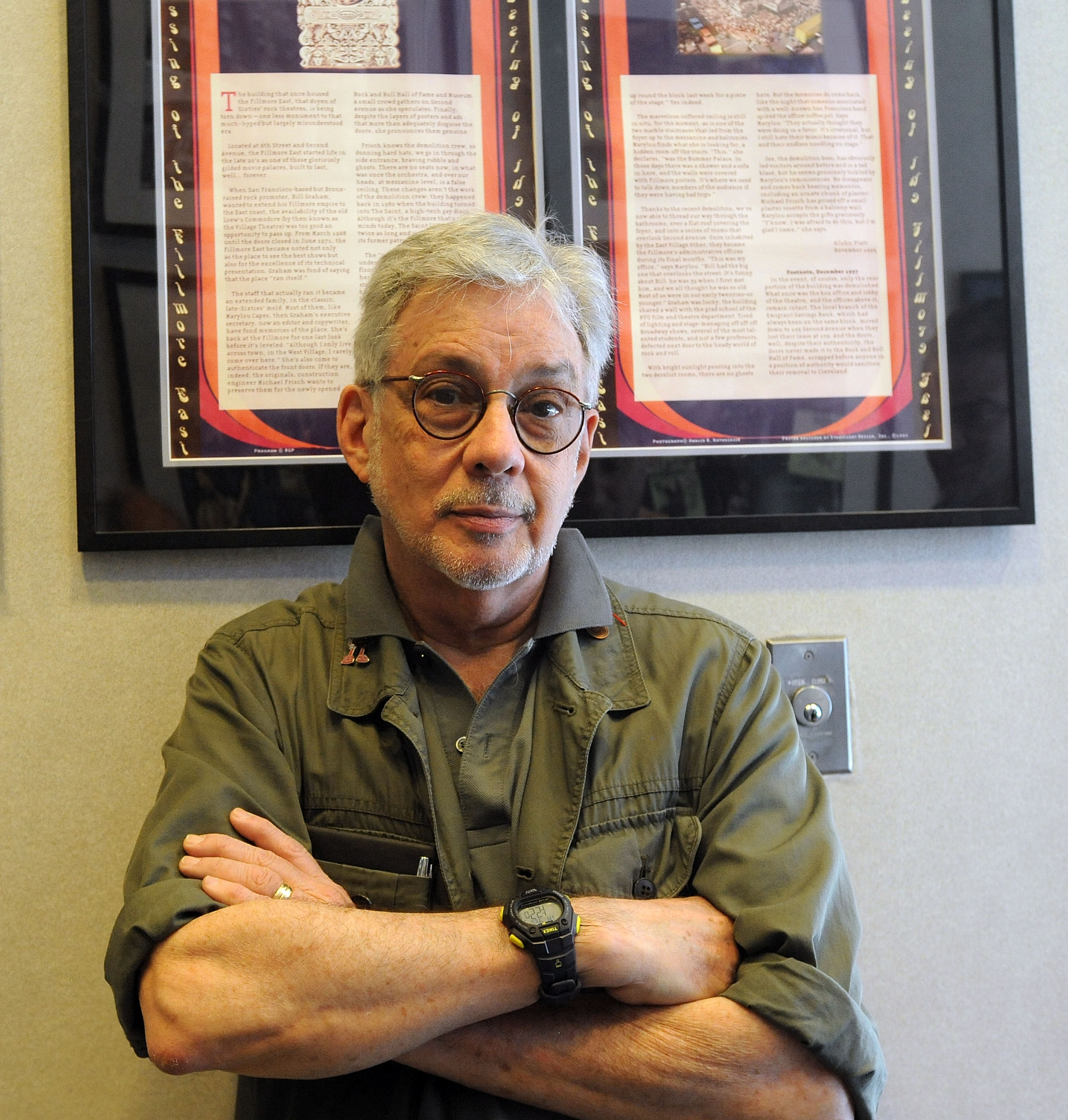 “I think that they have grown up in a digital world where this analog, real-time, hands-on thing is just not really seen much,” says Pavlovsky. “So I think that gets them excited about it. Because, again, everything’s so computerized, it’s a nice antithesis to that. But also, the essence of the show itself – that it’s alive, it’s organic, it’s handmade, you don’t necessarily have to know a lot of technology or programming or stuff like that to do it. You can sort of just dive into it. You can dive into it with just some glass oils, or get a scissor and some transparencies and cut stuff out. It’s a lot more intuitive, I think, to use something like a liquid light show and real analog stuff, as opposed to computers. At least for me, that’s what got me into wanting to do it, and I believe that other people feel that as well. Both musicians and artists on that side.”

Musicians, for sure. “Honestly, it’s hard to focus on a band,” says drummer Kid Millions, who leads Man Forever, performing with the Joshua Light Show on Saturday. “I don’t know if a band is that interesting a visual. There’s very few bands that deliver on that level. So I think with the light show, you get a fully realized and complete artistic, visual interpretation of the music in real time that’s really human, and exciting, and always unique. Because it’s oil-based, no two shows are the same. So it’s a really special, unique experience.”

Boss Hog’s Jon Spencer, on a conference call with Martinez, explains that for a certain generation, liquid light shows are more than just a cool concert add-on. They’re a cultural touchstone.

“For us, we’re both children of the Sixties, and this kind of thing is so imprinted on us because it was a shorthand for everything that happened with the youth movement,” explains Spencer. “It’s like Scooby-Doo, or Neil Armstrong walking on the moon. It’s like a baby bird and its mother, almost. It’s something that was imprinted upon us at a very young age.”

Martinez sees the experience from even another angle. By taking the focus off the musicians, perhaps, a liquid light show has a way of dissolving the divide between performer and audience member. It equalizes.

“It’s definitely more immersive and compelling,” says Martinez. “I mean, you’re part of the show, because it’s being projected not only behind the band but generally it flows over the crowd as well. It’s a much more inclusive experience when we’re part of the show, but not only our music but just our being. So I think that everybody feels more a part of it. And it’s trippier. It’s a lot trippier. You’re totally in it.”